£39,520 when new
Read why you can trust our independent reviews 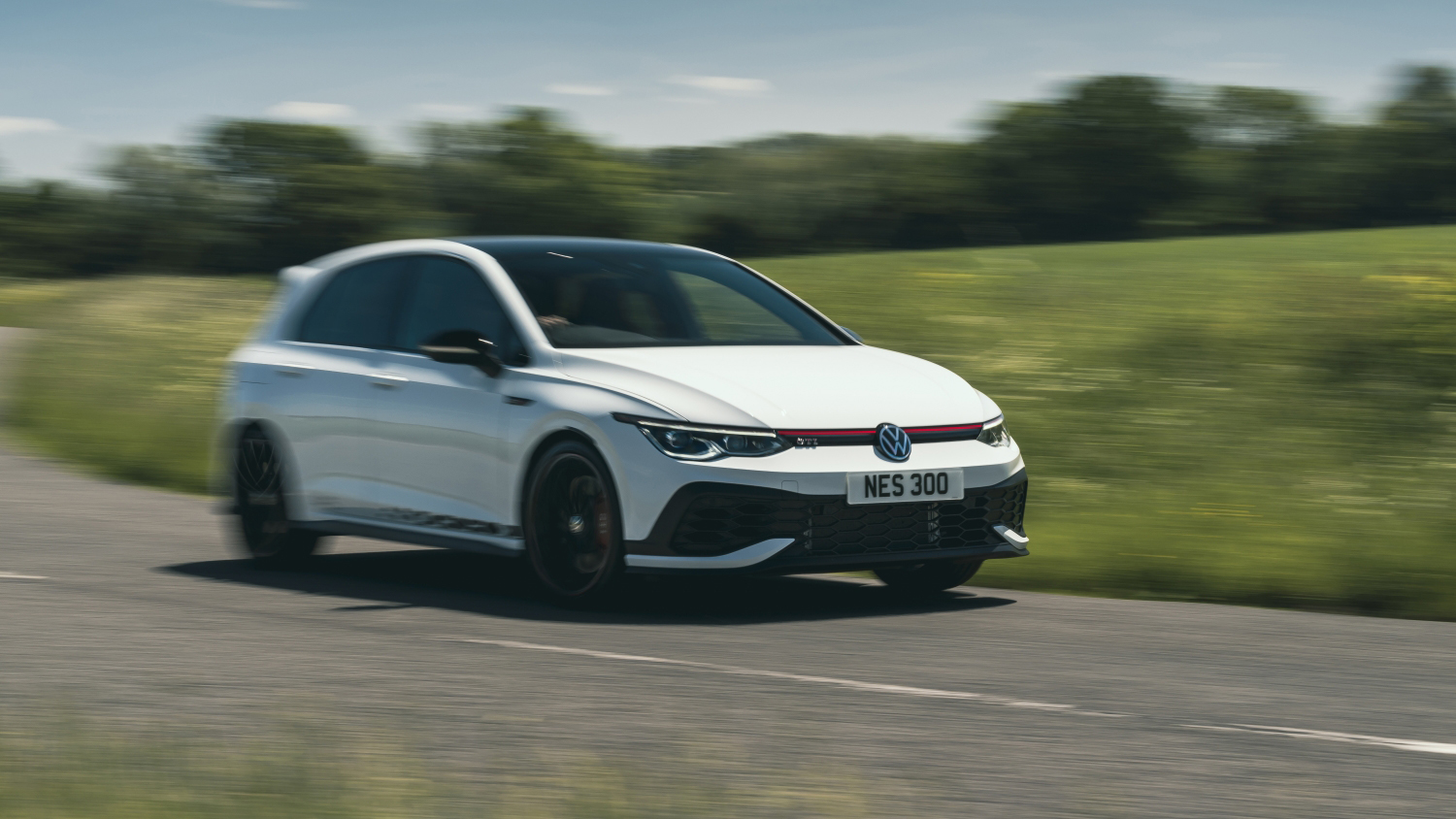 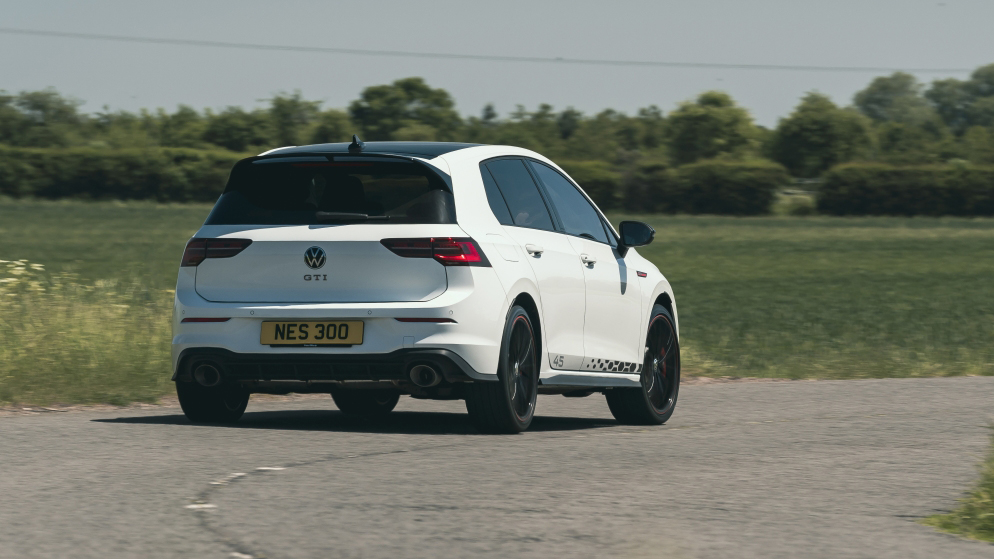 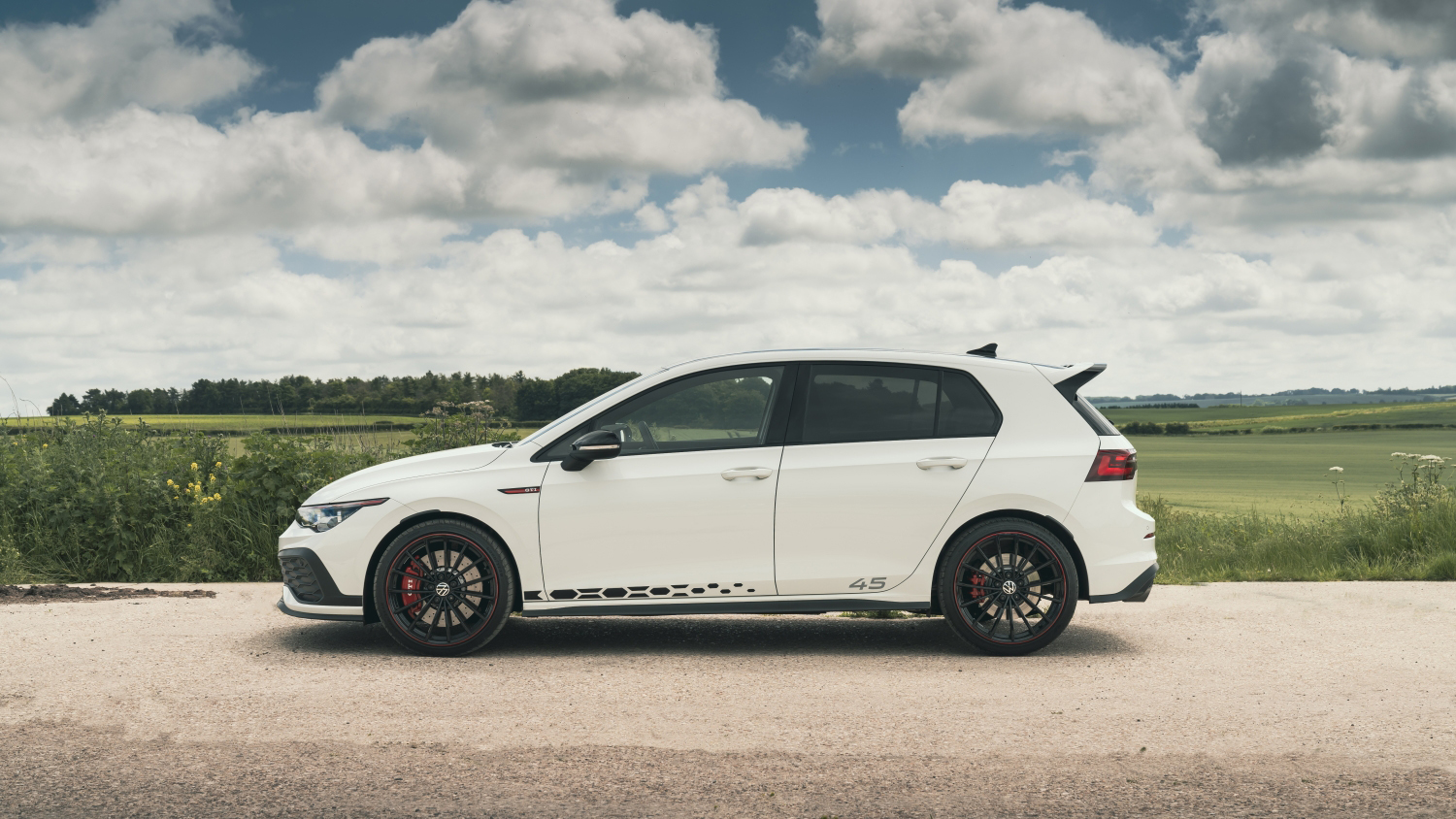 Happy birthday Golf GTI? How many years is it now?

Ah, the big forty-five. Volkswagen first introduced the world to a quick Golf with some lipstick around its grille and a rocket up its bum way back in 1976.

Long while ago, 1976. The same year as the first commercial Concorde flight and three American nerds joined forces to create something called the Apple Computer Company.

Thanks for the impromptu history lesson. Why is VW celebrating 45 years of GTI?

Because every five years, Wolfsburg likes to give us a special edition to remind you the GTI is the king of reinventing itself, staying relevant, and building a fanbase.

It’s been going on ever since the GTI Mk3 20 Years Edition, but you probably didn’t notice that – or the Mk4 Edition 25 – because those are The Bad GTIs.

The Very Good Mk5 GTI spawned something called the Edition 30, which sprouted a bigger turbo, handsome BBS rims and a body kit. Nice car. Five years later, we got the Mk6 Edition 35. And for the Mk7 Golf, a Clubsport Edition 40 joined the family. That one was particularly excellent.

These birthday treats tend to follow a recipe: sportier wheels, a few badges and pieces of trim, and maybe a dab more power. So, welcome to 2021, and the Mk8 GTI’s turn.

What’s new for the GTI Clubsport 45, then?

The 19-inch rims, for a kick-off. They’re black with a red pinstripe as standard. Hmmm. Not sure about those, are you? Between them is a new set of hexagon-motif stickers, and a large-font ‘45’ on the rear doors.

Up front, we find the snarlier bumper from the regular GTI Clubsport, and behind it, exactly the same 2.0-litre turbocharged engine chucking out 296bhp. It’s connected as standard to VW’s seven-speed DSG paddleshift gearbox.

At the back, the Clubsport’s taller rear wing remains, but its standard exhaust system has gone. It’s replaced with gorgeous titanium plumbing courtesy of Akrapovic, and is probably the 45’s most aggressive mod. The pipes are whoppers. Drilled full of holes and tucked under the rear valance, they look menacing and yummy.

Well you get a black roof, black door mirror housings and a little ‘45’ badge on the steering wheel, but everything else is stock GTI Clubsport.

There is one more tweak you can’t see, touch or taste: the speed limiter. It’s gone. Instead of running into the electronic buffers at 155mph, this sensible family hatchback will romp all the way to 167mph. Which is jolly impressive to boast about, but unlikely to make your drive to work any more exciting unless you happen to commute via the Nürburgring.

Don’t tell me, the GTI Clubsport was honed by clever Germans at the Green Hell…

Yep, the Clubsport is apparently 13 seconds quicker around you-know-where than a standard 242bhp GTI.

There’s even a special mode buried in the touchscreen specifically tailored for the Nordschleife’s chassis-torturing twisties. But we’ll come back to that in a moment.

Got something to get off your chest?

Just a tad disappointed with the spec of the 45, frankly. I know these editions never tend to get radical, but it’d have been nice if Volkswagen had offered to team the manual gearbox with the Clubsport’s meatier engine for the first time, or maybe updated the Settings menu graphics so it displays a GTI Clubsport, not a base-spec GTI.

Perhaps even a few more GTI 45 logos or the longer gearshift paddles from the Golf R would have spruced up the dour cabin. After all, this car is supposed to be a celebration of the GTI’s longevity and a thank-you to its faithful fanbase. Why the funerial ambience?

It’s not as if the ‘45’ tweaks have made much difference to how the GTI Clubsport drives. There’s no unsprung weight-saving from the new wheels, and even the exhaust system weight loss is apparently negligible. Acceleration is identical to a standard Clubsport, sprinting from 0-62mph in 5.6 seconds.

Criminally, the GTI 45 just doesn’t sound any angrier than standard, despite the designer-label pipes.

You might note a fruitier growl on start-up, but you’ll only appreciate the difference if you prod the starter button then jump straight out and run round the back for a listen, which will have your neighbours asking questions.

Inside, the piped-in engine noise remains the same, and overrun pops and crackles aren’t allowed any more. Because emissions.

So what? It’s a GTI with a few trinkets and it looks the business. No biggie.

The price is a biggie though. A GTI Clubsport 45 will set you back £39,990. That’s £2,750 more than a GTI Clubsport, which seems like quite a lot of money for some stickers, a badge, a top speed you’ll never reach and an exhaust you can’t hear.

Especially when the superb Golf R – which has more power and four-wheel drive – is yours for about £600 less. Though weirdly, adding Akrapovic pipes alone to the R costs a mighty £3,100. Probably because you end up with four tailpipes instead of two.

Not superb value, then…

In a word, no. Unless you’re a true connoisseur and collector of all things ‘GTI’, have tartan furniture in your house and ‘OG HOT HATCH’ tattooed on your knuckles, you’re going to be better off – literally – with a regular GTI Clubsport. Which, it must be said, is a very good hot hatchback straight out of the box.

You said it was tuned for the Nürburgring?

Yep, but that setting could just as well be called ‘British B Road Mode’. Except that wouldn’t be as marketable.

Prod the Nürburgring setting mid-battle with your average lumpy, bumpy UK back road and you can feel the Clubsport’s dampers relax, sponging away the cragginess of the surface.

That keeps the hard-worked front axle dialled into the road and allows the limited-slip differential to juggle as much torque as you dare demand between the front tyres.

It’s a seriously rapid point-to-point machine, but cleverly feels more alive and agile beneath your backside than, say, an Audi S3 without the frantic ‘lordy, what’s going to happen next?’ stress of a Renault Megane Trophy.

It’s a nimble, well-honed car, but there’s still plenty of wriggle-room left in this Mk8 Golf GTI package for something with the aggression of a Honda Civic Type R and the sense of humour of Hyundai’s corking i30N. A real celebration of all things ‘fast’ and ‘Golf.’