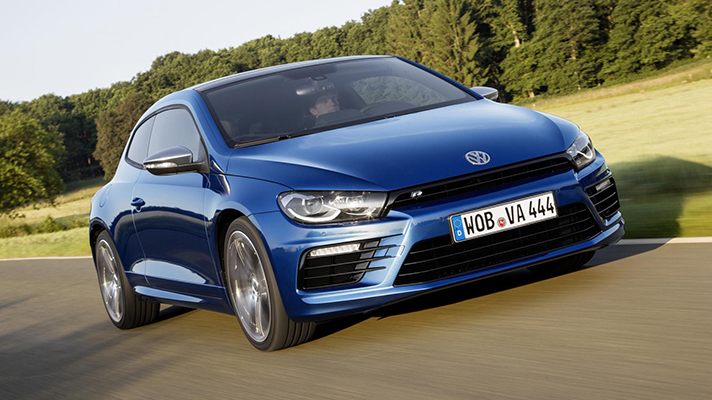 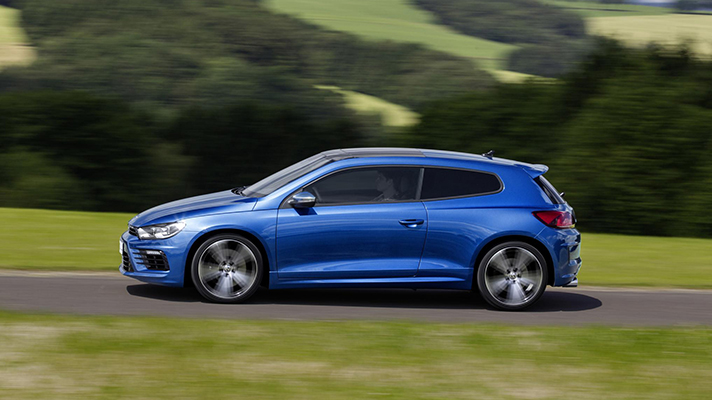 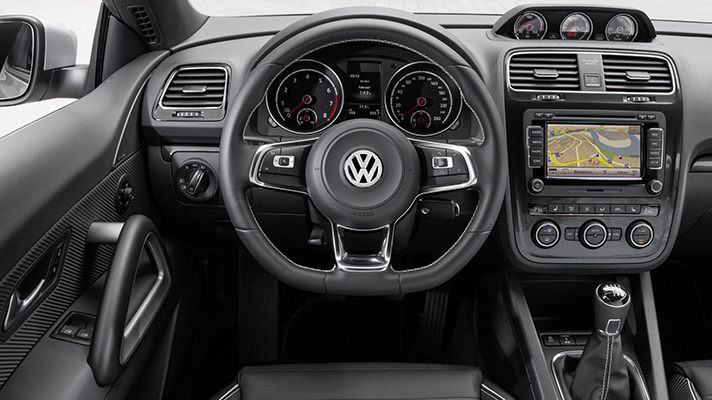 So Volkswagen says, though the update amounts to revised head- and tail-lights, new bumpers, a bit more standard kit, and some engine tweakery to liberate some more power.

How much more power?

15bhp over the outgoing Scirocco R. The Scirocco does without the full-beans 296bhp engine of its Golf R sibling, the coupe making do with just 276bhp. That's enough, in the manual car, for a 0-62mph time of 5.7 seconds, or 5.5 seconds if you opt for DSG.

It's also driving just the front wheels in the Scirocco - rather than all four wheels in the Golf - which does mean you're paying more for less, even if the Scirocco offers more standard equipment, including nav, leather and 'Dynamic Chassis Control' - which you'd be best advised to always leave in the Normal mode.

So it's Robin to the Golf R's Batman?

In terms of sales, unquestionably. The Scirocco might find more buyers in the UK than any other market, but the R makes up a tiny fraction of them. Even less so in manual form, which is a shame, as it's the most fun of the range-toppers.

Choose the DSG and there's the opportunity to paddle away at the wheel swapping cogs, but you're better bucking convention and work out that left leg and hand and opt for a manual. It allows the 2.0-litre turbocharged four-cylinder unit to better demonstrate its stupendous mid-range grunt.

That, allied to an engine note that hoodwinks you into the belief there's something with a greater cylinder count powering it makes for some fun, though eager performance aside the Scirocco R's pretty sister status isn't really backed up with anything deeper or more meaningful than improved visual appeal.

How does it stack up against its rivals?

The R arrived in a time before BMW's M235i and Toyota's GT86, cars that delight in far greater measure than the R. They're here now, and that makes the R's job a lot tougher. Throw Peugeot's curveball RCZ R into the game and it's even more difficult to make a convincing case for the pretty Scirocco.

But then the R's always managed to find buyers who revel in its huge capability, even if it's rarely exploited. Do so and it's difficult not to smirk at the mighty pace that's achievable, though you'll quickly realise the risk in licence points isn't balanced by unbridled reward. Fast but sensible.

Same as it ever was, then?

Pretty much. There are zero surprises from the Scirocco R update: it's fast and capable, if lacking in real thrills behind the wheel. All beautifully built as ever, but then you knew that. All apart from the digital clock in the new dash-top dials that is, its red numbers jarring with a look that's more Seventies bedside clock than premium motoring.

Given the Scirocco nameplate is now in its fortieth year, that's looking increasingly apt, but we can't help but wish the R celebrated its mid-life crisis in slightly more spectacular fashion.