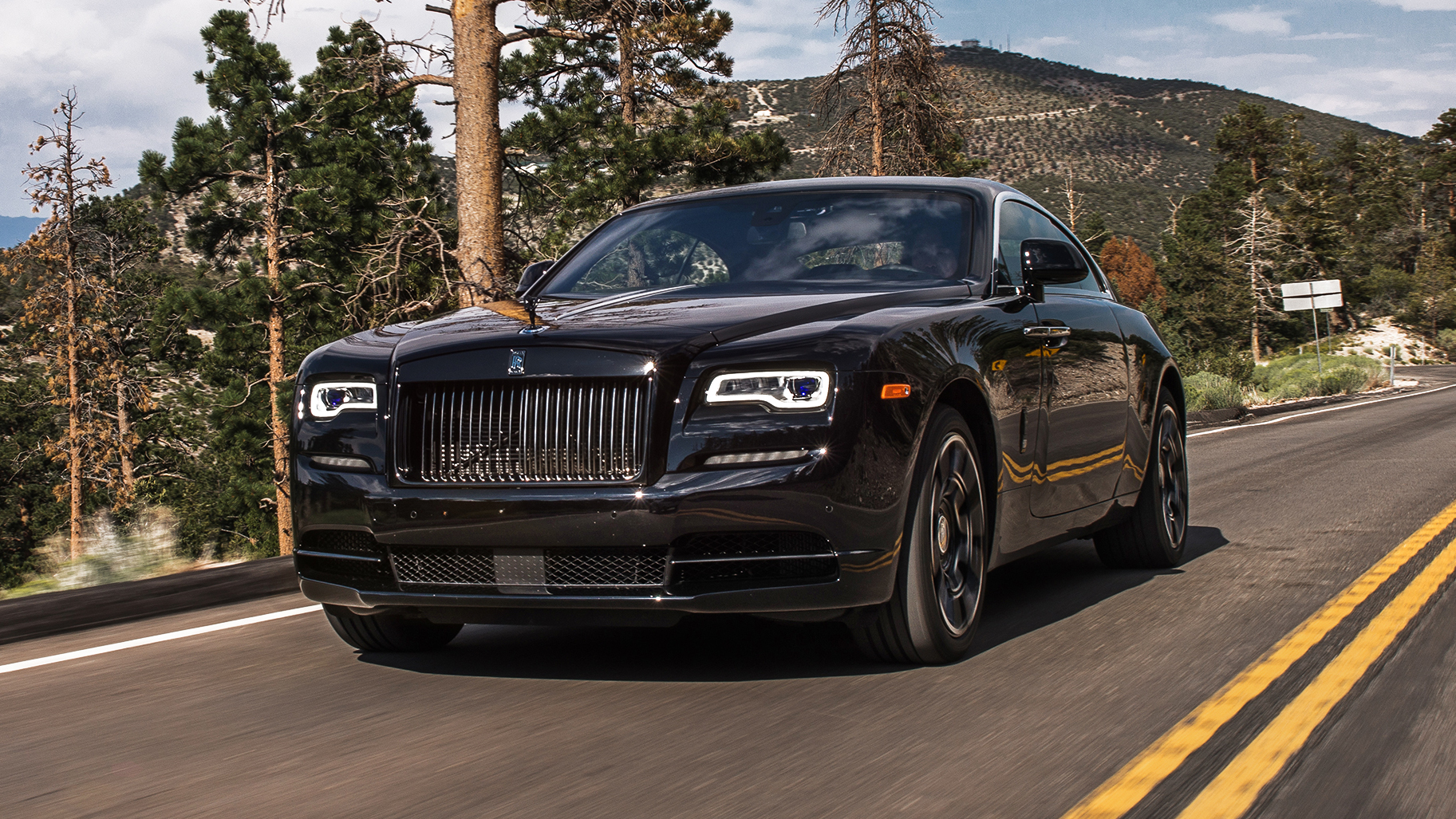 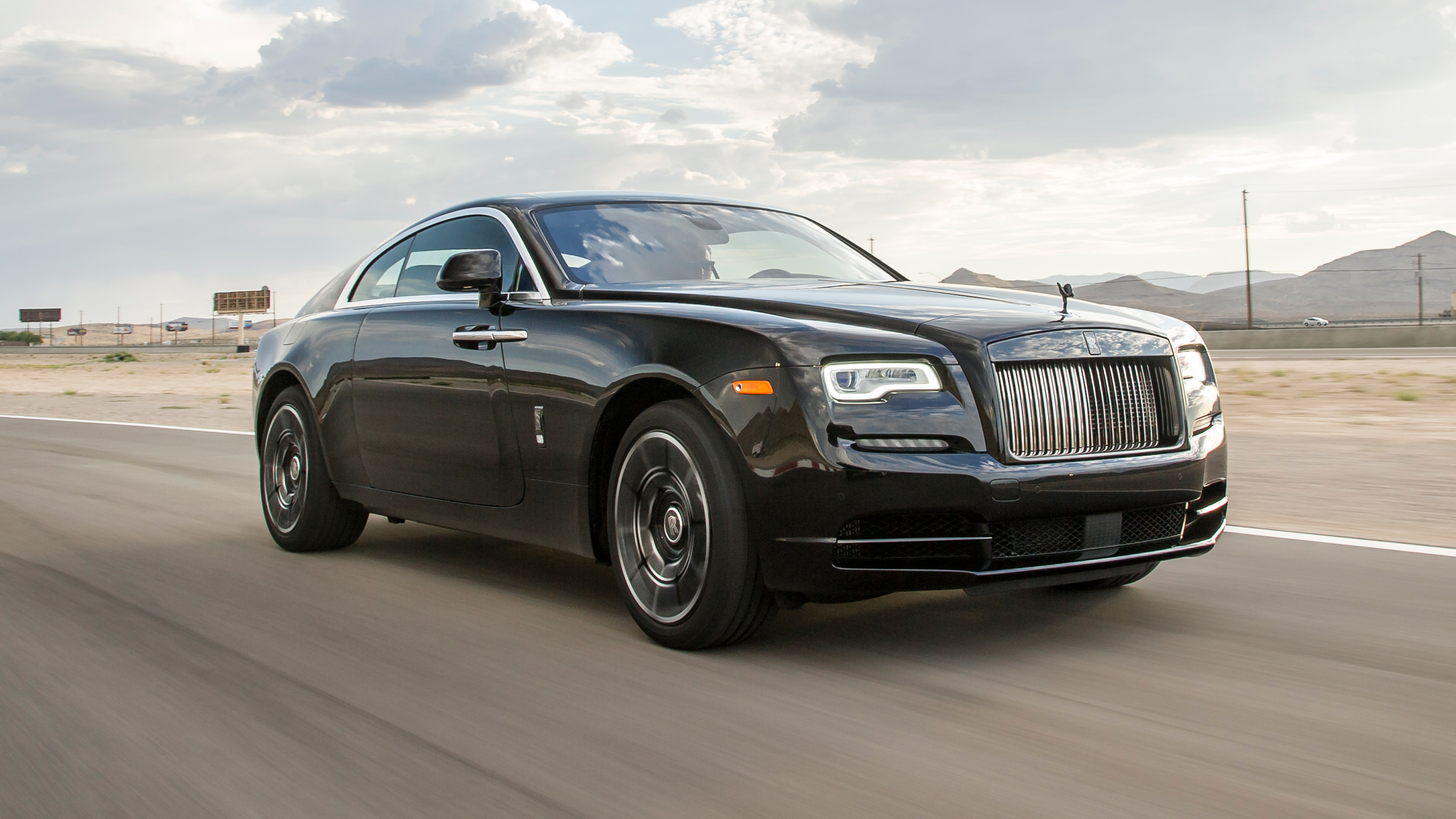 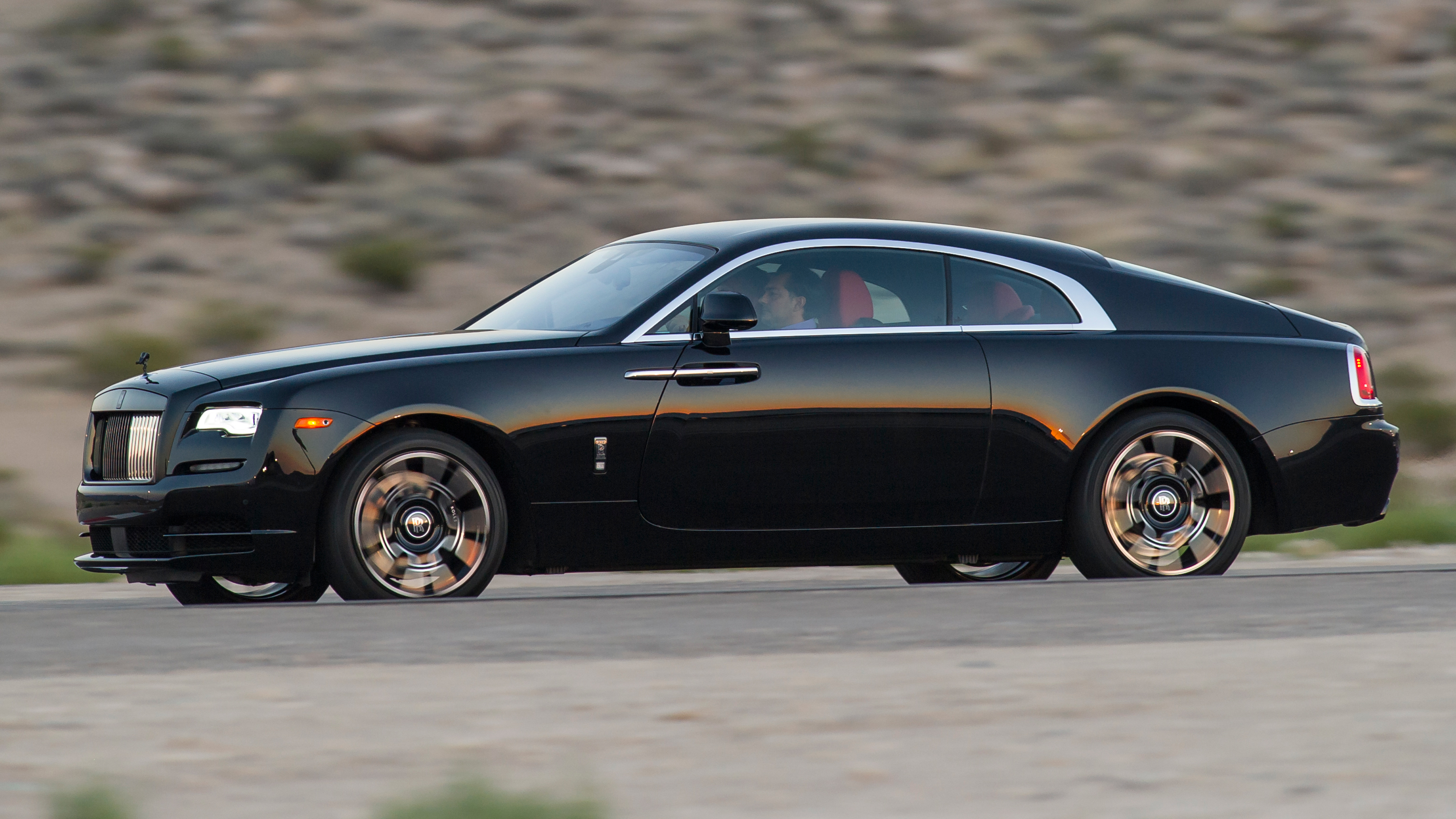 Black Badge? Didn’t a Rolls-Royce Wraith Black Badge monster its way up the hill at the Goodwood Festival of Speed earlier this year?

Well remembered. Yep, it was the sixth fastest in the supercar run, ahead of the likes of the Jaguar F-Type SVR, McLaren 675 LT, McLaren P1 GTR and Aston Martin Vantage GT8, no mean feat given that the Wraith is roughly the same size and weight as Goodwood House itself. Raised a few eyebrows, and no mistake.

Isn’t it a bit, you know, unseemly for a Rolls-Royce to be running up that hill? Any hill, in fact...

Leave it out, grandad. The average age of a Rolls-Royce owner has plummeted from 55 to 43 in the past few years, and like everyone else in the car business, Rolls is anxious to reinforce its appeal with a younger demographic. Burgundy-soused old Lords in wingback leather armchairs need not apply, but Skrillex and Calvin Harris might want to check it out. The Black Badge is for disruptive high, um, Rollers who rock up at Vegas hotspots for a night of EDM and twerking-related activity, before clearing off on the Gulfstream with only a handful of supermodels for company. Poor loves.

Rolls’ boss Torsten Muller-Otvos and his cohorts also couldn’t help noticing how many dodgy makeovers of their cars were being valet parked in the world’s money pits. The demand is clearly there, and it’s a lucrative business, so why not do the work in-house at RR HQ in Chichester, rather than letting somebody else mess it up/make all the money? Never mind West Coast Customs, this is West Sussex Customs.

But couldn’t you just spec your Wraith or Ghost pretty much along these lines anyway?

Theoretically. But Black Badge is more than skin deep. The regular Wraith is no shrinking violet, and its 6.6-litre V12 puts out the same 623bhp. But it now has 642 torques (that’s 52 more than before) and the eight-speed transmission shifts higher up in the rev range, depending which gear you’re in. If you’re giving it full beans, it’ll rev out to the 6000rpm limiter, and is noticeably more vocal about doing it, too. There are new drive shafts, and a reworked suspension and steering set-up promises greater body control and keener responses. Alterations to the Ghost Black Badge increase its power output to 603bhp, and torque to 620 (up 44). Everything is just that little bit more… urgent.

Not exactly a Wraith GT3 Clubsport, though.

No, this is a subtle engineering makeover, and Rolls is at pains to avoid describing Black Badge as a supercar, or even a sports car, despite its ability to shame some big names. Nevertheless, we were still invited to try the Wraith BB at a new track called Speed Vegas, a twisty little number 30 minutes south of Sin City with a Lambo Huracan and Ferrari 458 Italia available for punters to try if they can be arsed to leave the roulette wheel and one-armed banditry. It was dark by the time we got there, so hardly the ideal conditions – or car – with which to learn a new track. The Wraith’s LED headlights are very good.

Well, let’s just say that nobody is going to confuse the BB with a Radical. But for such a big beast, its steering, braking, and overall balance are all seriously impressive. Rolls says Black Badge is for ‘young men in a hurry’. Well, they’ll notice a lot less squat and dive under acceleration and during retardation, and their passengers will probably be significantly less queasy. The Ghost might now even qualify as the ultimate stealth car, and summon up a remarkable turn of speed. It has a more sharply defined character in Black Badge form, too.

What about the actual makeover part of the makeover?

Well, as with all things at this stratospheric level, taste definitely enters into it. Our test Wraith had a striking cobalt blue leather cabin, and the exterior paint was a Spinal Tap-evoking ‘none-more-black’ (the multiple layer paint finish is exquisite). The alloy wheels are made of lightweight alloy and carbon fibre, laid in three axes that fold back on themselves. The badges are now silver-on-black. Even the Spirit of Ecstasy gets to show off a vampish high gloss black alter ego (perhaps they should have had her twerking, too). Rolls design boss Giles Taylor is, as TG.com has noted before, a man with an unparalleled eye for detail, and he talks proudly of the Black Badge’s interior trim; the dash and door-tops use an absurdly intricate aluminium-threaded carbon fibre composite, while the air vents are darkened using a technique called Physical Vapour Deposition (PVD), which prevents discoloration over time. It’s up to the client how much to tune up or down the interior intrigue, but one thing’s for sure: the quality is off-the-scale good. Taylor also cites The Who’s drummer Keith Moon, fashion designer Yves Saint Laurent, and world speed record hero Sir Malcolm Campbell as inspirations, as fascinating a set of human co-ordinates as you could imagine. 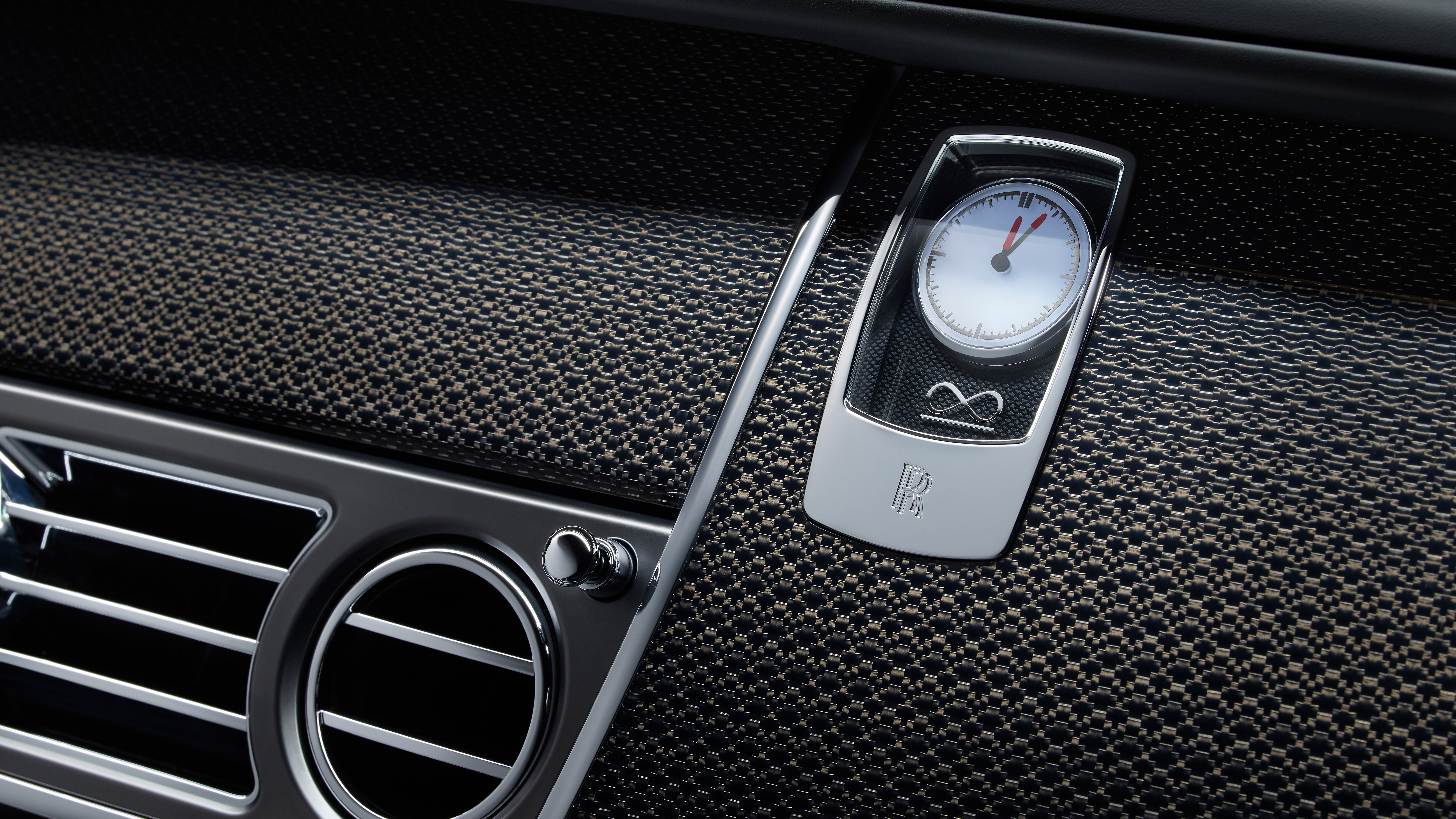 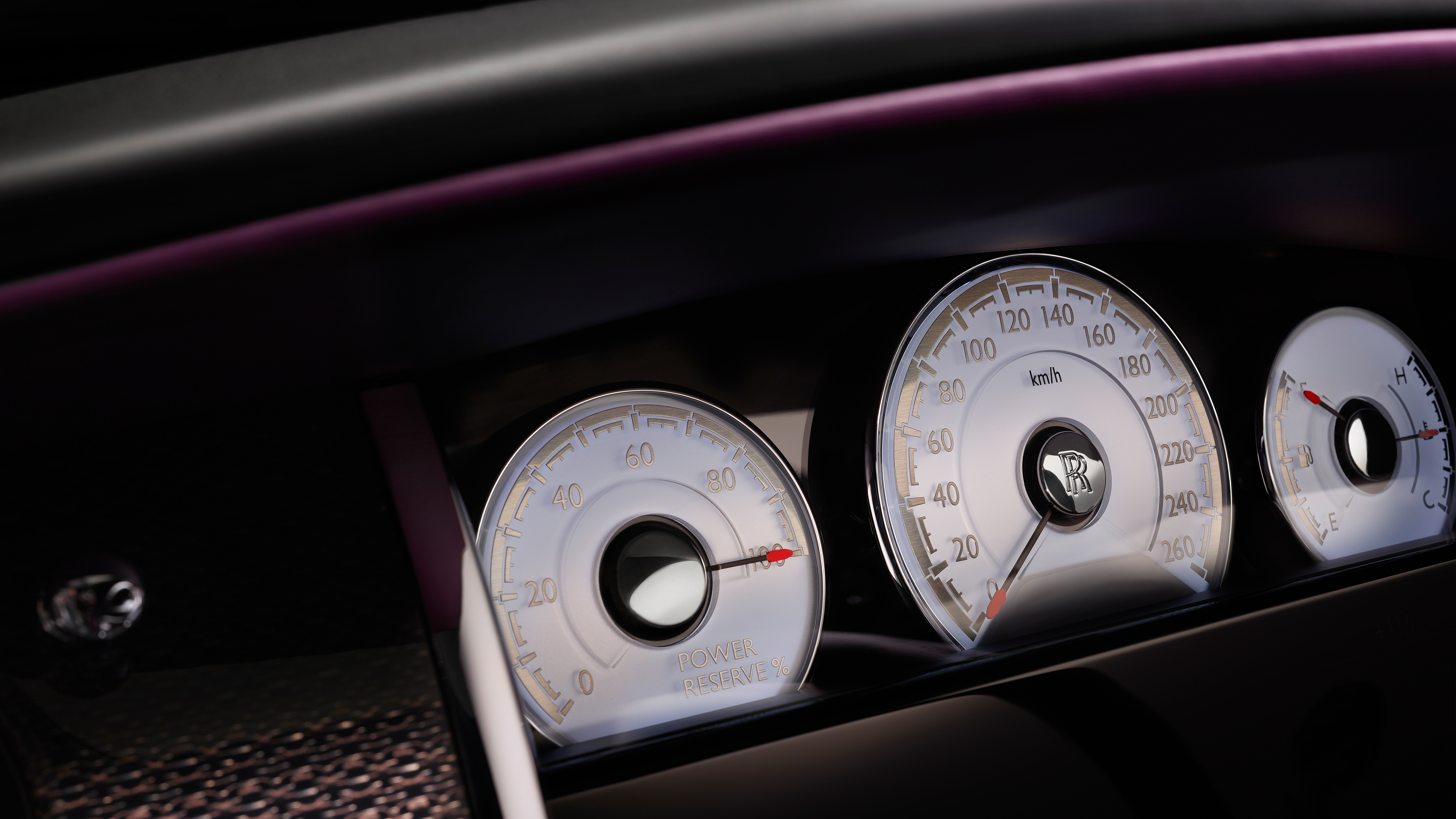 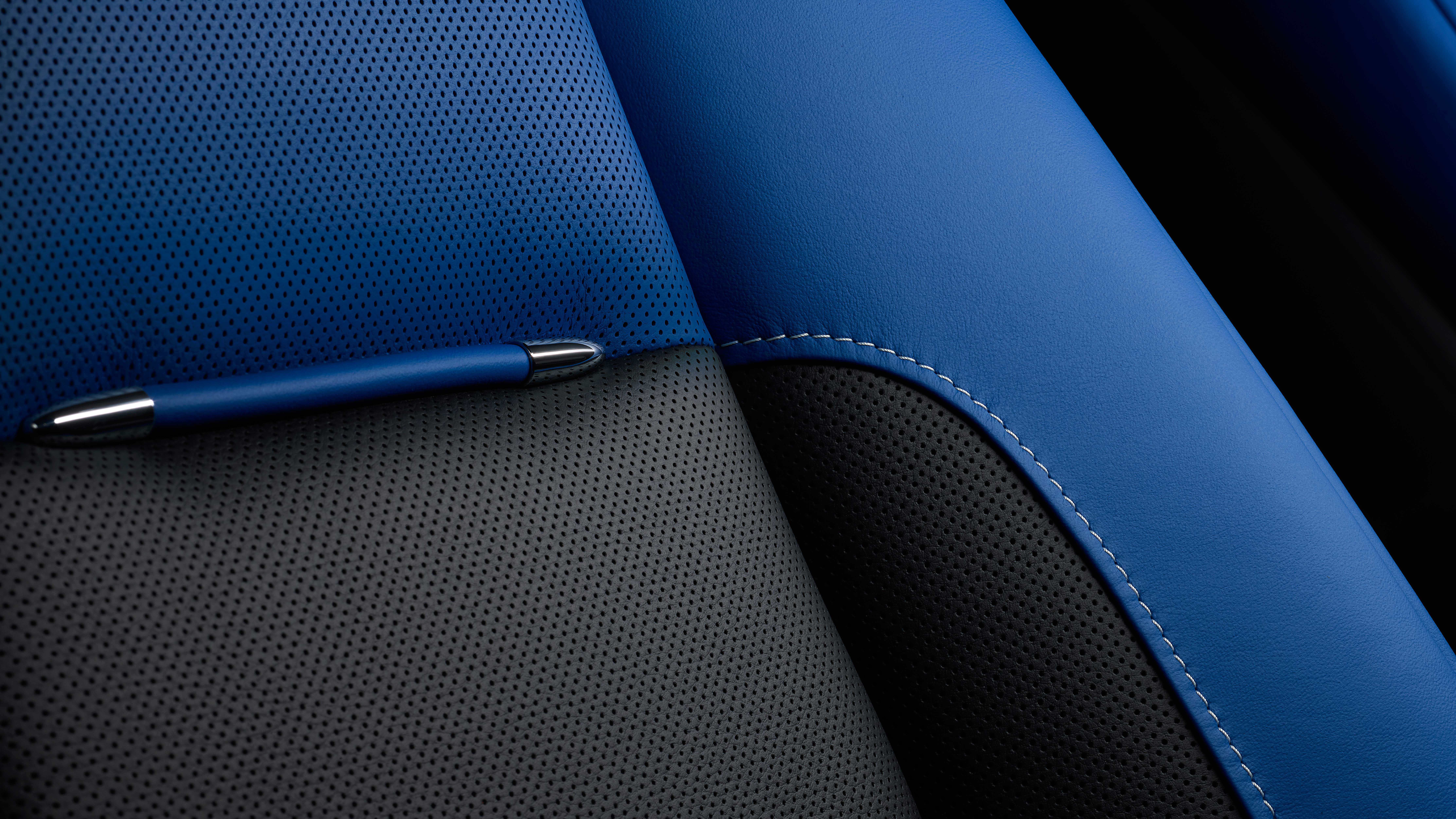 You liked it, then.

Oh yes. But we like the cut of Rolls’ jib in general. The biggest crime at this end of the market – where owners own everything, including yachts, helicopters, Picassos, entire towns – is to do something boring. The Wraith and Ghost Black Badge are magnificent cars that double as singular forms of entertainment in their own right. Nobody else does the automotive travel experience quite like Rolls-Royce, and the Black Badge is underpinned by a very specific wit to go with the engineering kudos.

Dare we mention the cost?