Read why you can trust our independent reviews
TopGear.com
Skip 8 photos in the image carousel and continue reading 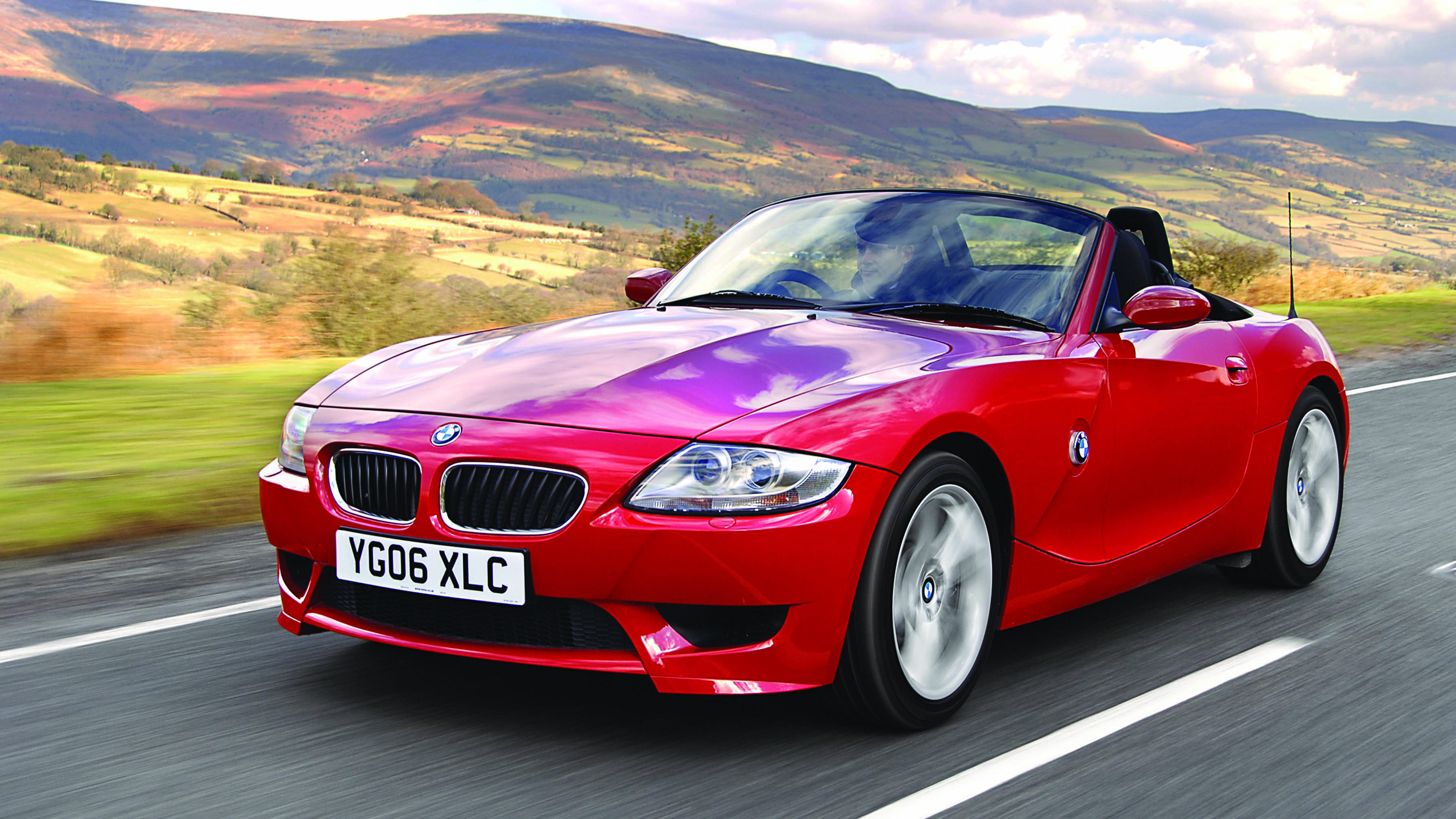 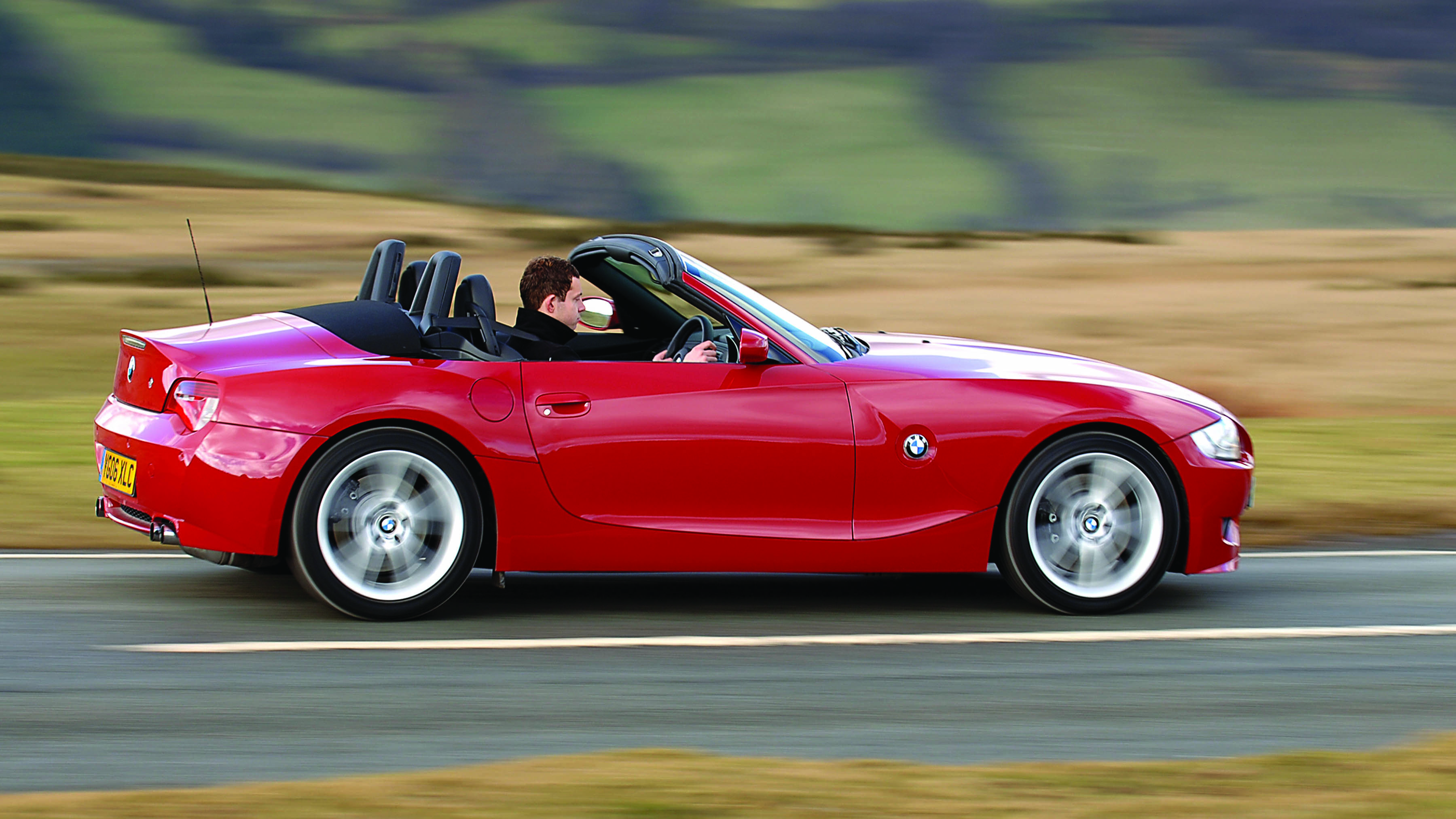 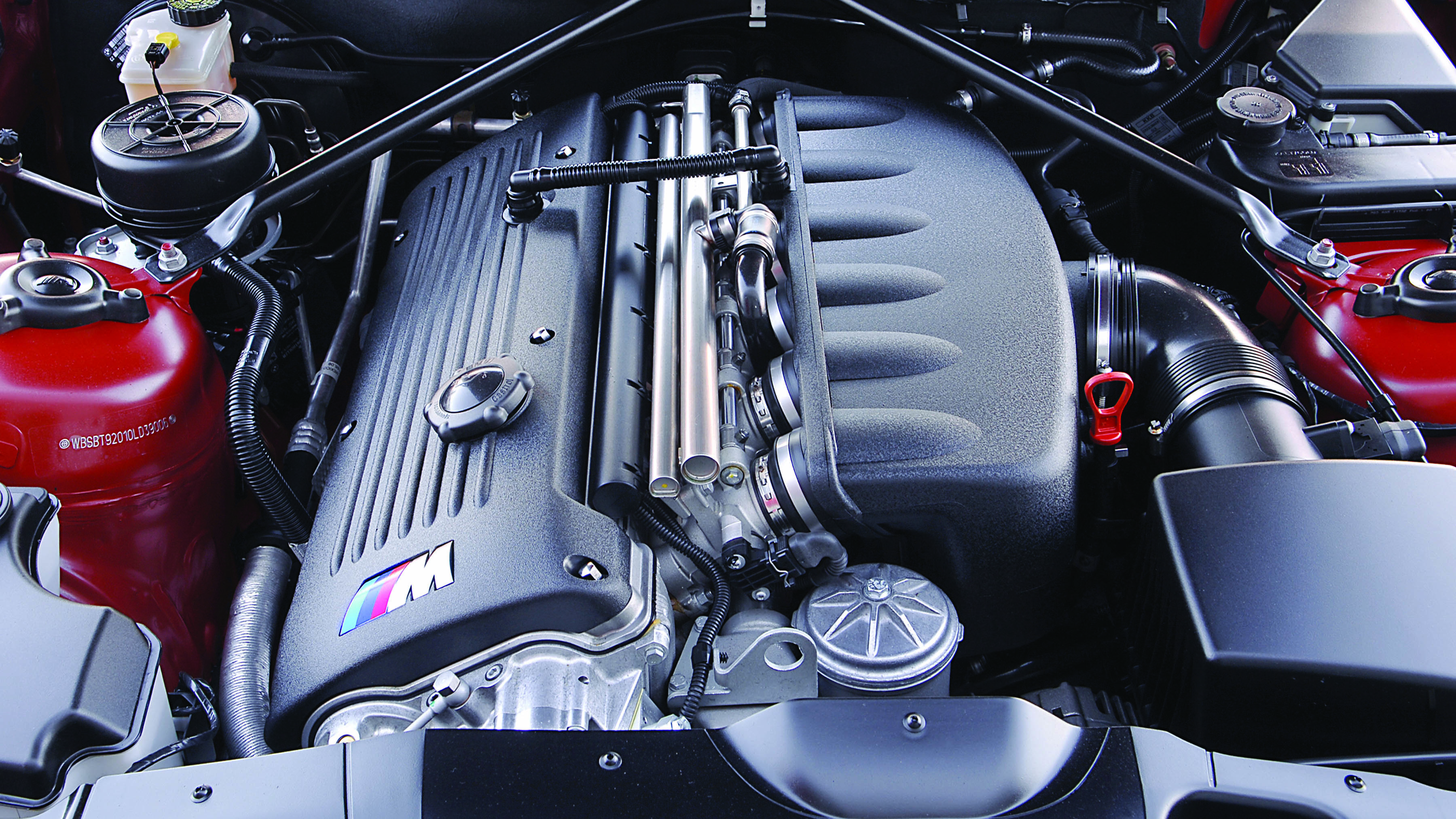 This test drive only starts taking shape, at least in any meaningful sense, with the sphincter-squeezing sound of an 18-inch M double-spoke alloy wheel grinding against the kerb. In the narrow confines of cobbled backstreets that criss-cross old town Jerez with all the navigable clarity of an Escher illustration, the realisation that the car we’re stuck in is worth in excess of £42,000 comes suddenly into grim but brilliant focus.

The seemingly immoveable senior citizen who instigated the last, fateful adjustment to the M Roadster’s passage down a busy back alley looks up as he hears the sound of our light alloy rim giving way to ancient Spanish stone. His eyes wander back and forth over the full length of the car, the most expansive movement he has made in many minutes, and he shuffles off.

There is no doubting that the M Roadster makes a strong visual impact. The uninitiated or uninterested will see little that sets it apart from the rest of the increasingly ubiquitous range, but for those in the know the modest styling changes are an instant indication that this is the car they have long been waiting for, a car with significance and status.

Besides those once perfect 18-inch alloys, a deeper front air dam, front spoiler, two twin-exhausts and the addition of a pair of sharp bonnet creases lend the M Roadster a subtle but distinct edge of aggression over its less rarefied Z4 counterparts.

It works, and the locals love it. One of them jabbers endlessly at us in breakneck Spanish, making wildly effusive gestures with massive, hairy arms, and we recoil deep into the Roadster’s seats. He sticks a great, calloused hand into the cockpit and starts stabbing at the speedo with one fat, blistered forefinger. “300 kilometres, 300 kilometres.” He keeps shouting, flecks of spittle raining into the cabin as we nod and smile, and I feel for the button that closes the roof. Perhaps there is such a thing as too much attention, but he has a point. This car is not only a looker, it’s also outrageously quick.

Find a stretch of road that is bereft of scooters, pensioners or the sherry-addled insane, and all that attention becomes suddenly insignificant. The M Roadster will leave them for dead. The current (as in outgoing) generation M3 provides the power, some 343bhp, from its 3.2-litre straight six, but in a car that weighs a comparatively modest 1,485kg. A claimed sprint time of 5.0secs to 62mph and the inevitably limited 155mph top speed are actually fairly meaningless, though. What impresses with the new M Roadster is its astonishing in-gear acceleration. With 232lb ft at 4,900rpm, there is just enough torque to keep up a constant, blistering pace, and with peak power not reached for another 3,000rpm, the overbearing impression is that there’s always more grunt within than space without to exploit it.

In fact, this is where the M Roadster begins to show its true colours, not in its ability to build speed, but in its inability to find anywhere appropriate to do it. Unlike the more realistic prospect of an M3 or M5, cars with as much focus on practicality and distance capability as brutal performance, the compact, two-seat M Roadster exists purely as entertainment, a car in which you hunt out quiet B-roads like some horsepower vigilante hell bent on avenging the congestion of every inch of major asphalt. Yes, there’s a reasonable amount of bootspace, and the cabin isn’t what you’d call cramped, but this is not the car for a daily commute. So the M Roadster becomes very specialist – more so than its luxuries and equipment would imply. Take into account both the turn of speed and £42,750 price tag, and you’ve got a car that only a very select few will be keen or wealthy enough to either buy or readily appreciate.

Market comparison is also something of a thorn in the M Roadster’s side, not only because a Porsche Boxster S will do some £3,400 less damage to your finances, but because the most basic Z4 is a whisker under £20,000 cheaper. 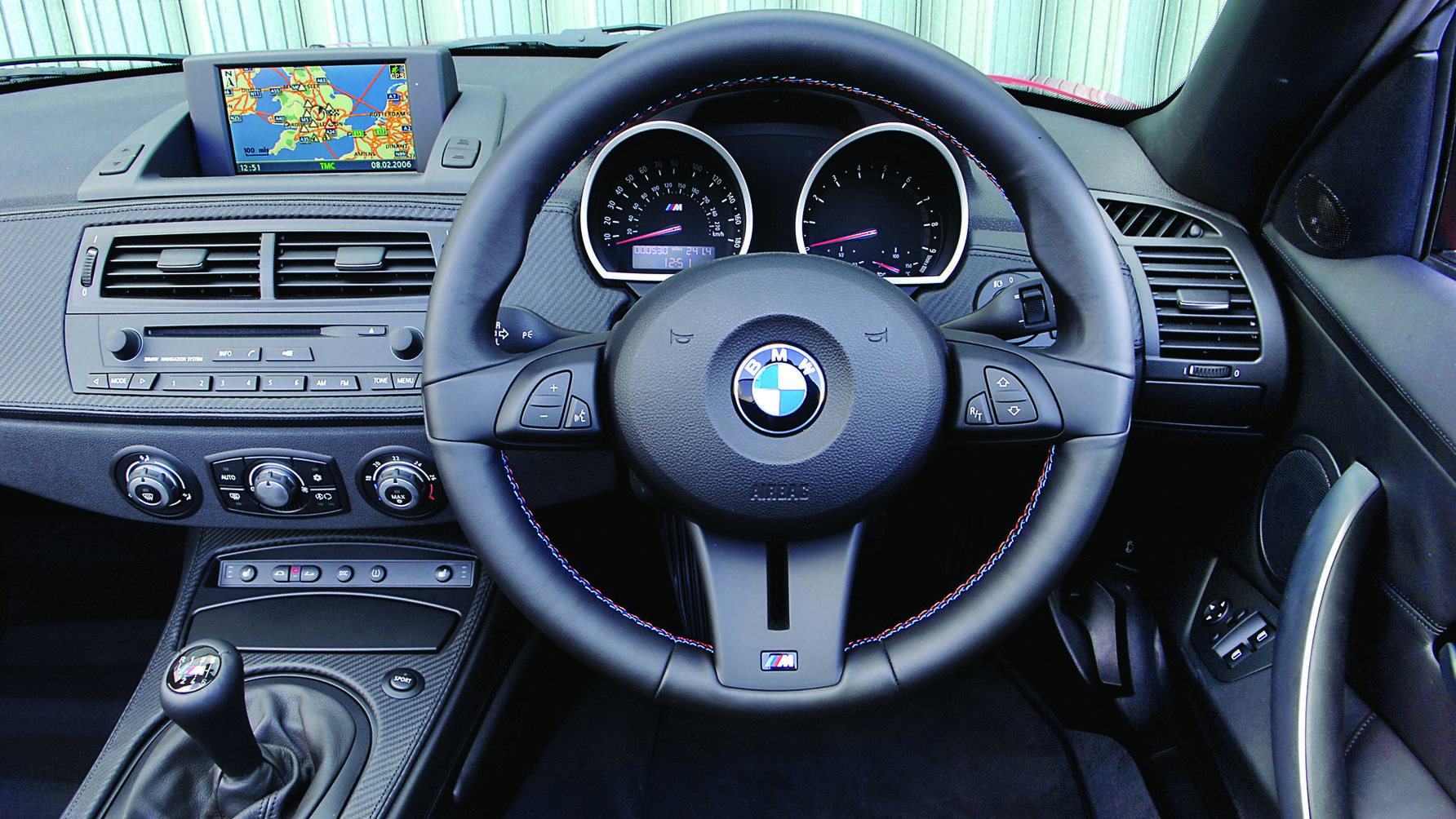 Obviously BMW’s M Sport engineers would rubbish this point, citing the time, expense and technology that have been pumped into making the M Roadster such an astonishingly rapid car, but the rag-top buying public may see things a little differently. They want windy motoring, they want BMW’s badge on the bootlid, and unless they’ve come by their money in a way that has immersed them in an overwhelming sense of guilt, they want it as cheaply as possible. The new 218bhp 2.5si SE, with a proper straight-six engine and a mere 1.5-second deficit to the ‘M’ in the dash to 62mph, is £28,235. Even the fairly bonkers three-litre version is £10,000 cheaper.

So BMW’s M Roadster, even by its own standards, is a very expensive car. And the simpler Z4 is arguably more the sort of thing people want from a roadster. Not swamped by excessive power, and over 100kg lighter than the ‘M’, the 2.5-litre can be slung into corners with confidence and powered out early, with the solid assurance that swapping ends, rather than being a perennial dynamic sword of Damocles, is positively hard to achieve. The M Roadster, on the other hand, keeps you constantly mindful of the huge reserves of power just a throttle’s stab away from the rears, and you end up being more ginger, and thereby not much faster, than if you had plumped for a lesser model.

In the right hands this car would undoubtedly offer huge rewards, but there are precious few people in the market for a £43,000 two-seater who have the talent to make the most of it. The sort of people who will be tempted into M Roadster ownership are going to like the little styling changes and the hallowed ‘M’ badging. They’re also going to love the shouty exhaust note and traffic-light dragster prowess. The steering lacks the immediacy and intensity of communication that this demographic could quite quickly tire of, and the surprisingly supple ride, although matched to more body roll in corners than you’d expect from such an apparently focused sports car, will encourage their inevitable boulevard cruising where a less forgiving car might soon prohibit it.

Just what the M Roadster is all about is neatly illustrated by the ‘carbon-structure’ leather dash trim. Apparently BMW’s customers want the idea of weight-saving carbon fibre in their sports car, but still with the luxury of lots of heavily stitched hide. So they get it. This is a fabulously fast and accommodating car, but in trying to juggle the need to maintain the ‘M’ legacy with customers’ expectations regarding comfort and convenience, it’s also a mightily confused one.

Verdict: A proper ‘M’ car in power and price, but we’d rather have something less scary and keep the change.