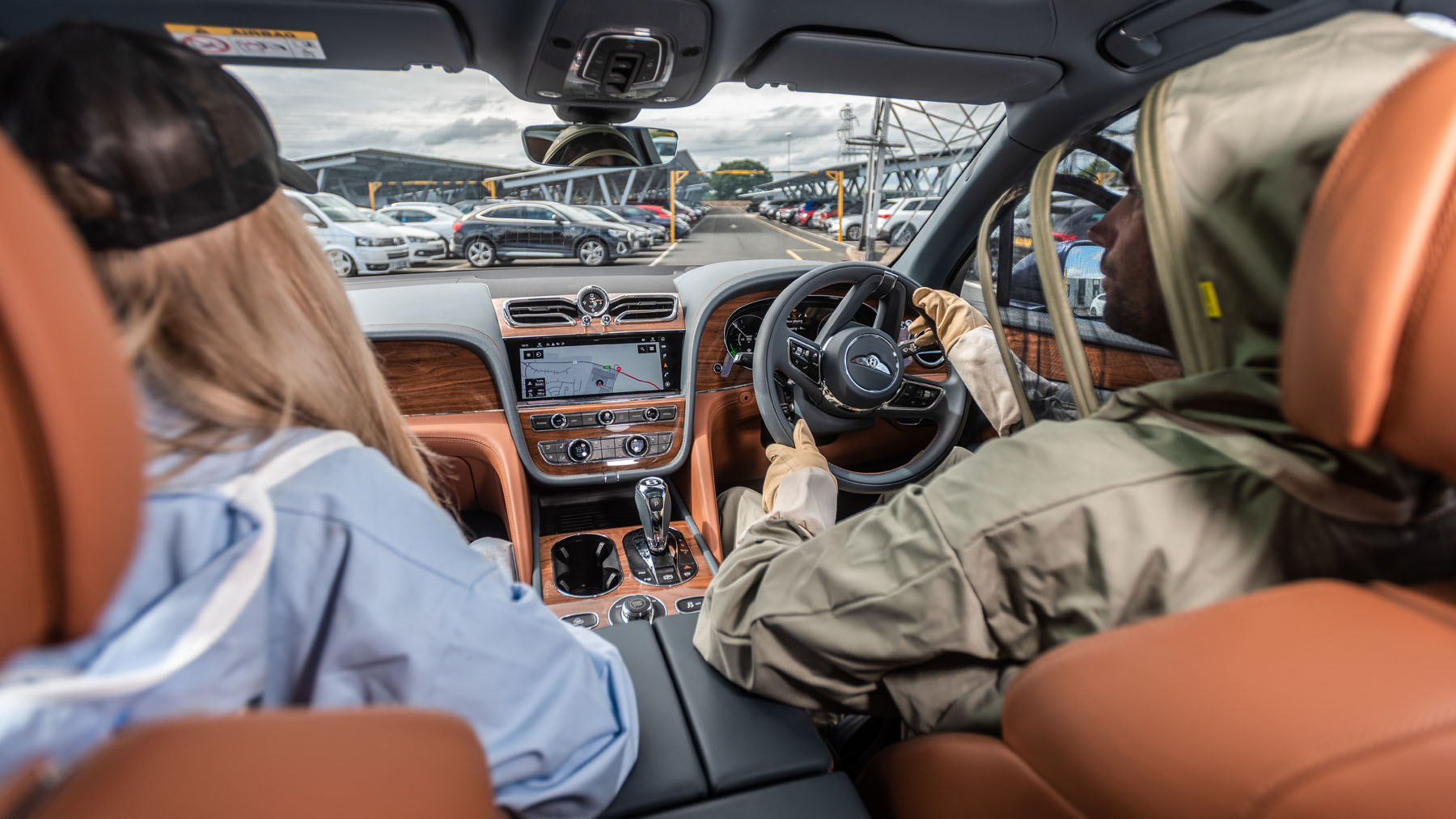 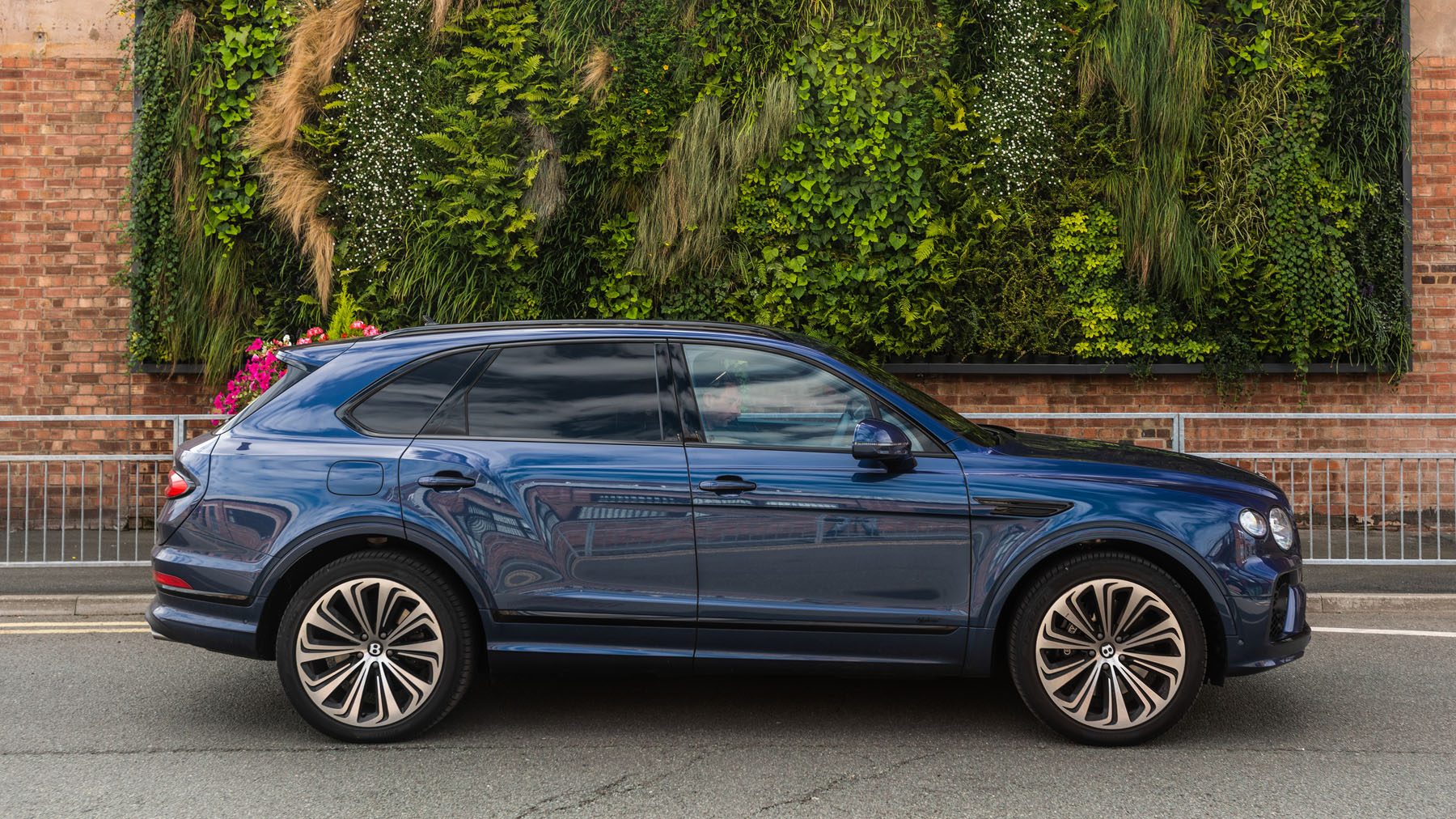 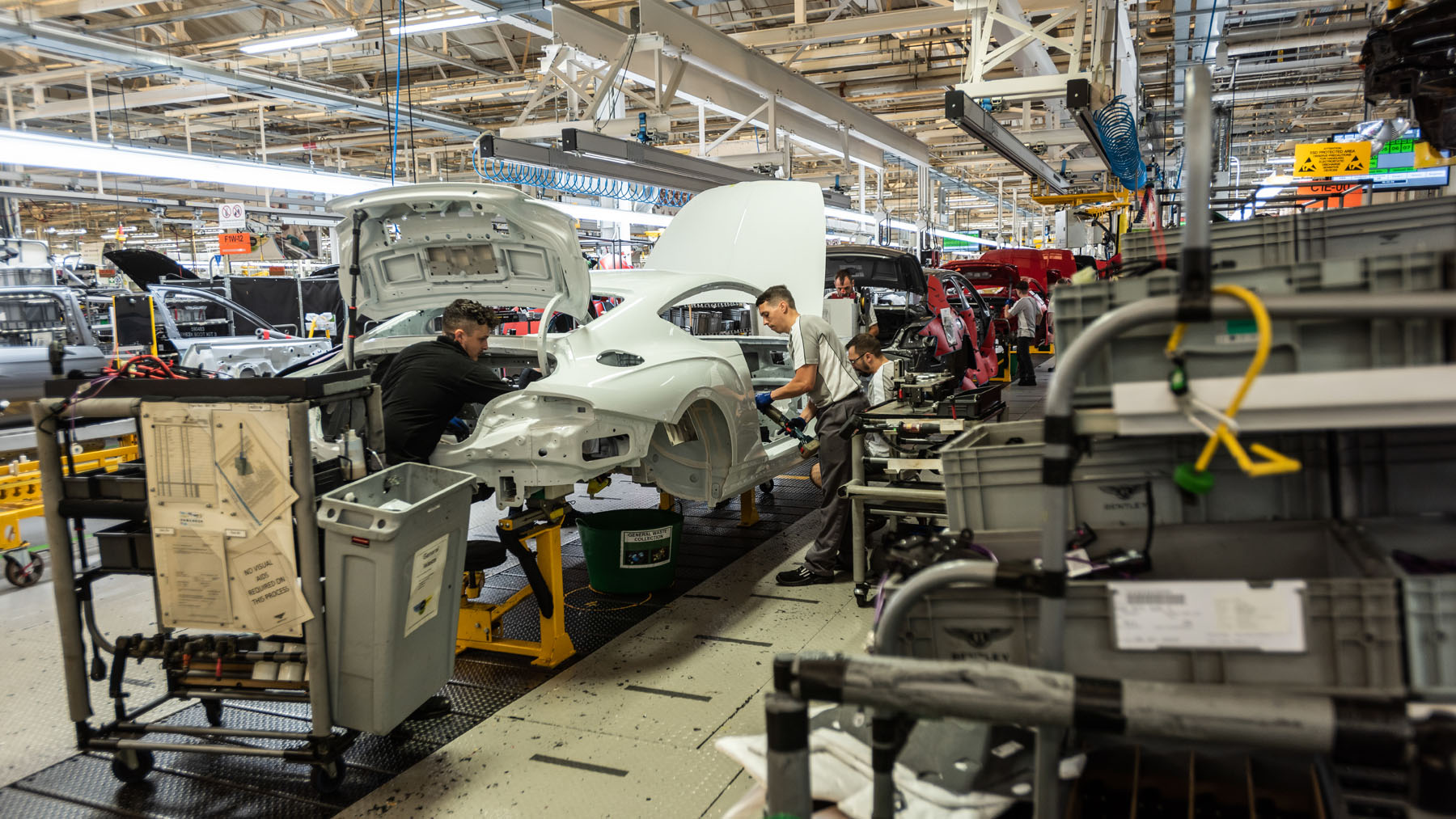 Here’s how Bentley is cleaning up its act

Why? Well, before the big blue Bentayga went back for good, I wanted to see aspects of Bentley’s ‘Beyond 100’ sustainability plan with my own two eyes. Remember, the brand has made big, ambitious claims. Very soon, every Bentley will be available as a plug-in hybrid. Then, by 2026, all Bentleys will be either plug-in hybrid or fully electric – with Bentley’s first all-electric car due to be launched in 2025 and then a new EV every year for the next five years. By 2030 ALL Bentleys will be EVs, with the W12 and V8s consigned to history.

This comes with a bold sustainability statement as Adrian Hallmark, Chairman and Chief Executive Office, explains, “within a decade, Bentley will transform from a 100-year-old luxury car company to a new, sustainable, wholly ethical role model for luxury". Strong words. And my inbox has been filled with endless press releases that there’s been a lot of work at the factory to clean up the act of making some of the world’s most luxurious cars – a very energy and resource intensive process. So I wanted to see it for myself. And getting in a sweaty beekeeper’s suit was part of it.

Back in 2019 local beekeeper and founder of Buckley’s Bees Emma Buckley and her dad installed two hives with 120,000 British Apis Mellifera honeybees at the site. “Bees are vital for pollination, a crucial process for the food we eat,” Emma says. Since 2019 eleven more hives have been installed in order to increase biodiversity, help pollinate wildflowers but also produce thousands of jars of honey for colleagues and VIP visitors to chuck over their granola and yoghurt in the morning.

But Emma tells me it’s the accumulation of small things around the factory that make a real difference; like the groundskeepers now allowing the lawns to grow an extra 1mm which has encouraged new life and allowed different wildflowers to grow. There’s also a 50 metre square living wall, with 2,600 plants, spanning 28 different species of ferns, grasses and evergreens expected to produce around 40kg of oxygen as well as helping to absorb heat, provide natural insulation and filter VOC toxins and dust slapped onto the side of the factory building.

As I drive around, the eco facts get bigger and more impressive. Thanks to the UK's largest ever solar-powered car port, up to 40 per cent of the factory’s electricity needs can be met with solar power alone, with any additional gas and electricity bought in being certified green. Rainwater capture tanks produce 1,800 litres of recycled water per day (to flush bogs and be used on site), which has helped cut water reduction per car since 2000 by 89 per cent. Right now, energy consumption per vehicle is down 17.2 per cent in a year and Bentley’s factory has been awarded carbon neutral certification.

Inside, on the two lines where Conti GTs, Flying Spurs and Bentaygas are handmade, electric forklifts and tow trucks whizz around delivering parts (that used to be individually plastic wrapped but are now in bundles of twenty) while the paint shop reuses water for lacquering, and paint sprayed onto cardboard is burned for energy. In the leather shop, plastic tape was used to mark defects on the 2,000 hides that come in a week, this has since been replaced with bleeding edge technology: crayons. Leather offcuts used to go to China to be used in the fashion industry, but then a worker told me that’s now stopped since Covid.

“Automotive is a hard nut to crack for textiles,” Maria Mulder, head of colour and trim tells me. Bentley currently doesn’t offer a very in-vogue ‘vegan leather’ as nothing is quite up to the quality standard yet. Showing me a selection of swatches including Vegea (the residue of the vinification made up of grape skins and seeds), pineapple husks and cork, I see her point ­– none of them have the haptic or luxurious appeal of real leather which Bentley owners want and expect. I’m told no one has turned down buying a Bentley because the option wasn’t there.

But how have I found running the stepping-stone to Bentley’s electrified future? Well, it’s been interesting. It’s safe to say that in this era of greenwashing I’ve had a few questioning smirks and coughs of *bulls**** when I’ve told people I’m part of a sustainability movement by driving a 2.6 tonne, imperious SUV full of wood, dead cows and 200kg of batteries. A 27-ish mile EV range isn’t an easy sell, either. But the near 30-mile electric range is where the Bentayga is at its best, gifting you silence and a serene, relaxed powertrain in an urban environment.

But the single-turbo 3.0-litre Audi-sourced engine isn’t sufficiently Bentley. It’s too gruff. Almost ailing in its delivery and when running solo – lugging your depleted batteries around – it’ll only return mpg in the low 20s. But I also found at times the Bentayga lacked something that you don’t feel in a Conti GT or Flying Spur. Yes, it feels special and luxurious especially with the £11,750 Mulliner spec option that added 22-inch 10-spoke wheels, ritzy diamond quilting to the seats and doors, jewel fuel and oil filler caps, knurled sports pedals and embroidered Bentley emblems. The warm interior with all its wonderful leather and polished wood added a very present sense of craftmanship, while the near £9k rear seat configuration added a sense of occasion and atmosphere. But fundamentally the Bentayga still felt similar to other SUVs on the same platform. The Bentayga Hybrid is smart and charming but not characterful. And also in desperate need of wheelbase shortening four-wheel-steering.

However Bentley’s hybrid snowball has picked up speed since we started running the Bentayga as hybridisation now features in half of Bentley’s models, thanks to the new introduction of the Bentayga S Hybrid and Azure Hybrid. If I’m honest, I think these will help the range and really plug the gaps I’ve felt our Bentayga has left; with the Azure model focusing more on comfort, while the S is more motivated and keen to deliver an engaging drive and more power. Our one lacked on both of those fronts.

The thought of a fully electric Bentayga excites me greatly. The original Bentayga helped the explosion of luxury SUVs and it’s the cars consumers want. EVs are what legislators tell us we need. So therefore it should be the perfect blend for a success. And if the factory and the eco list Bentley is steadily ticking off continues, it’ll be here in no time at all. Our Bentayga won’t be though. It’s time to wave it goodbye.