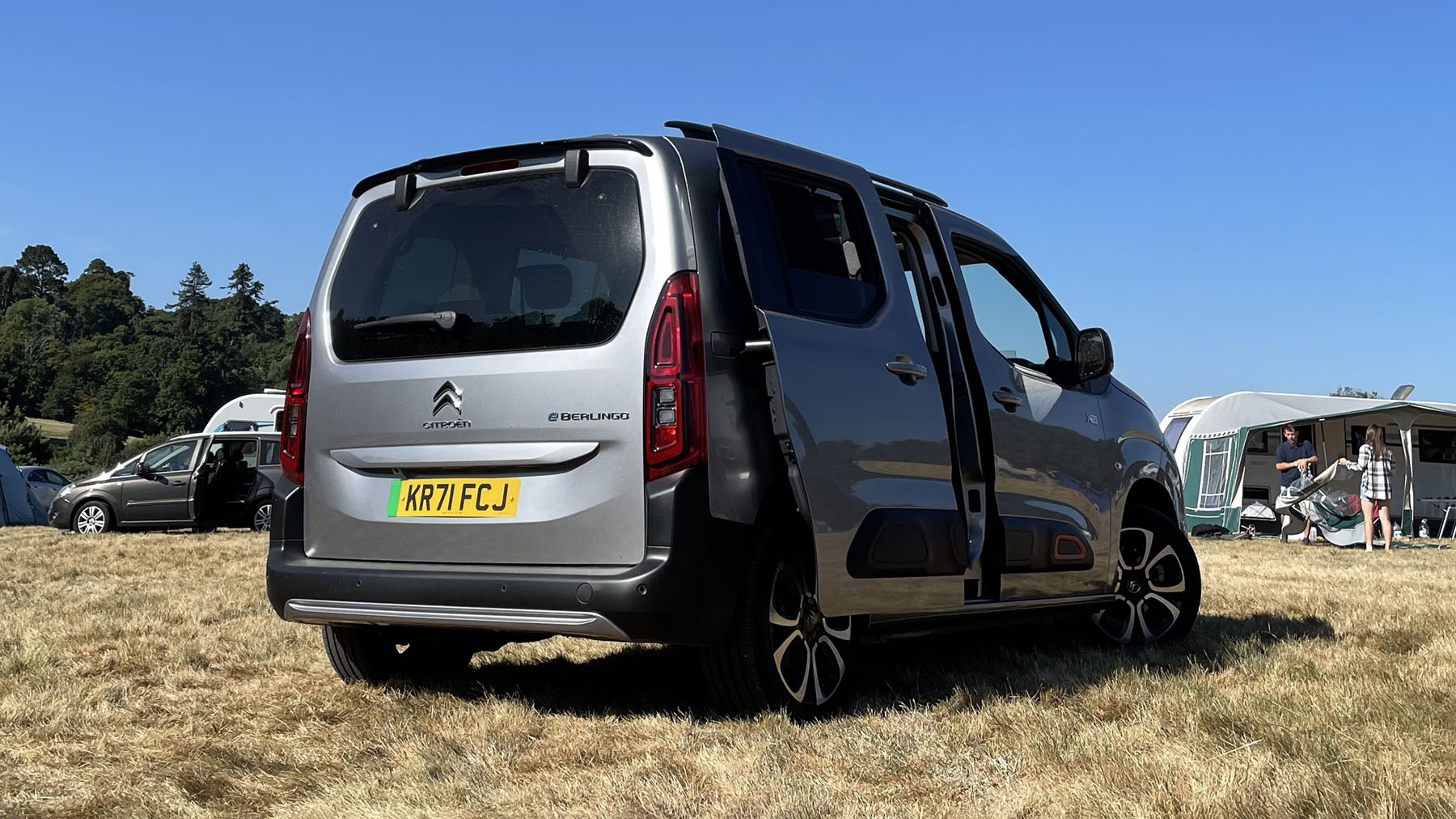 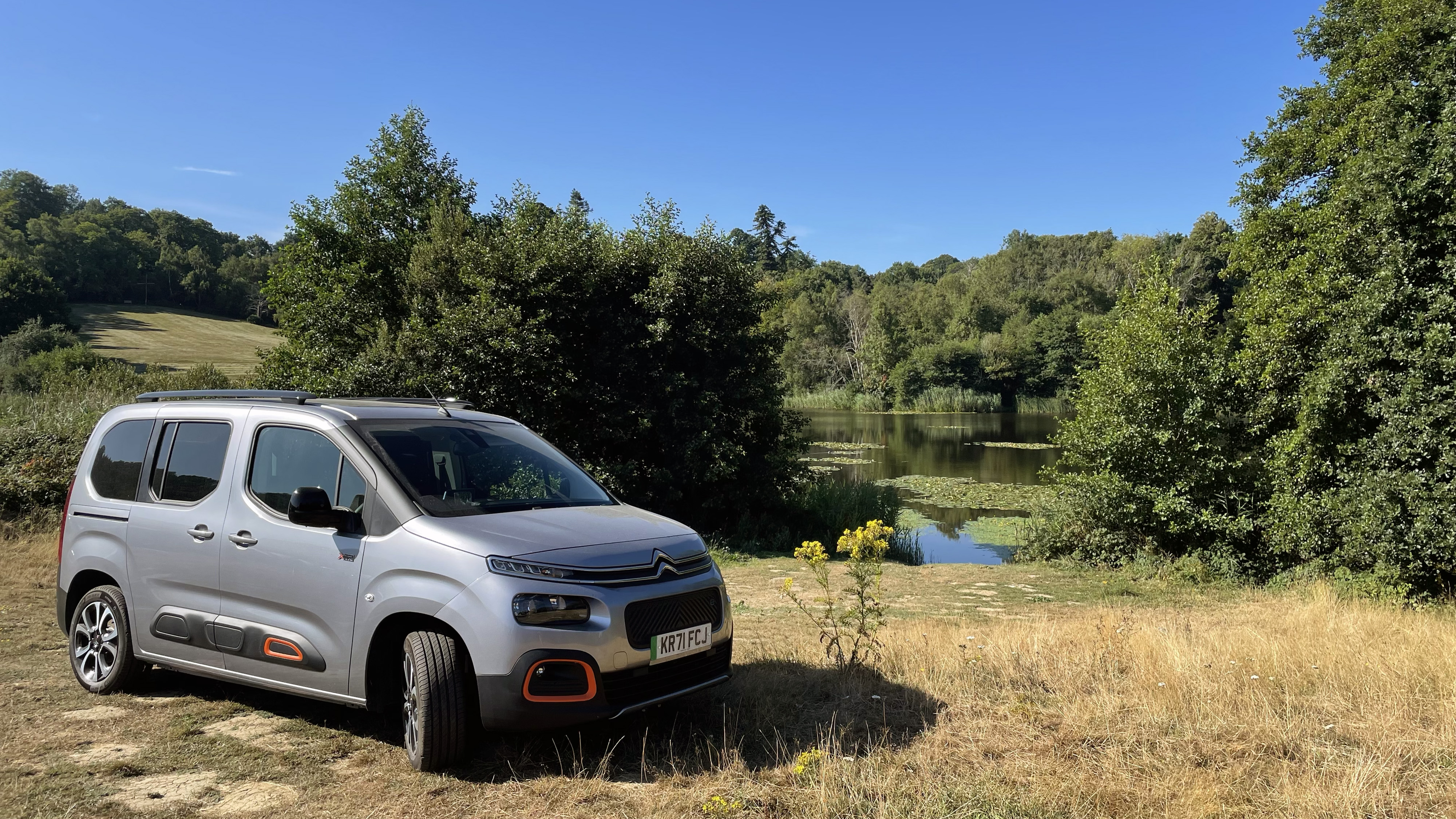 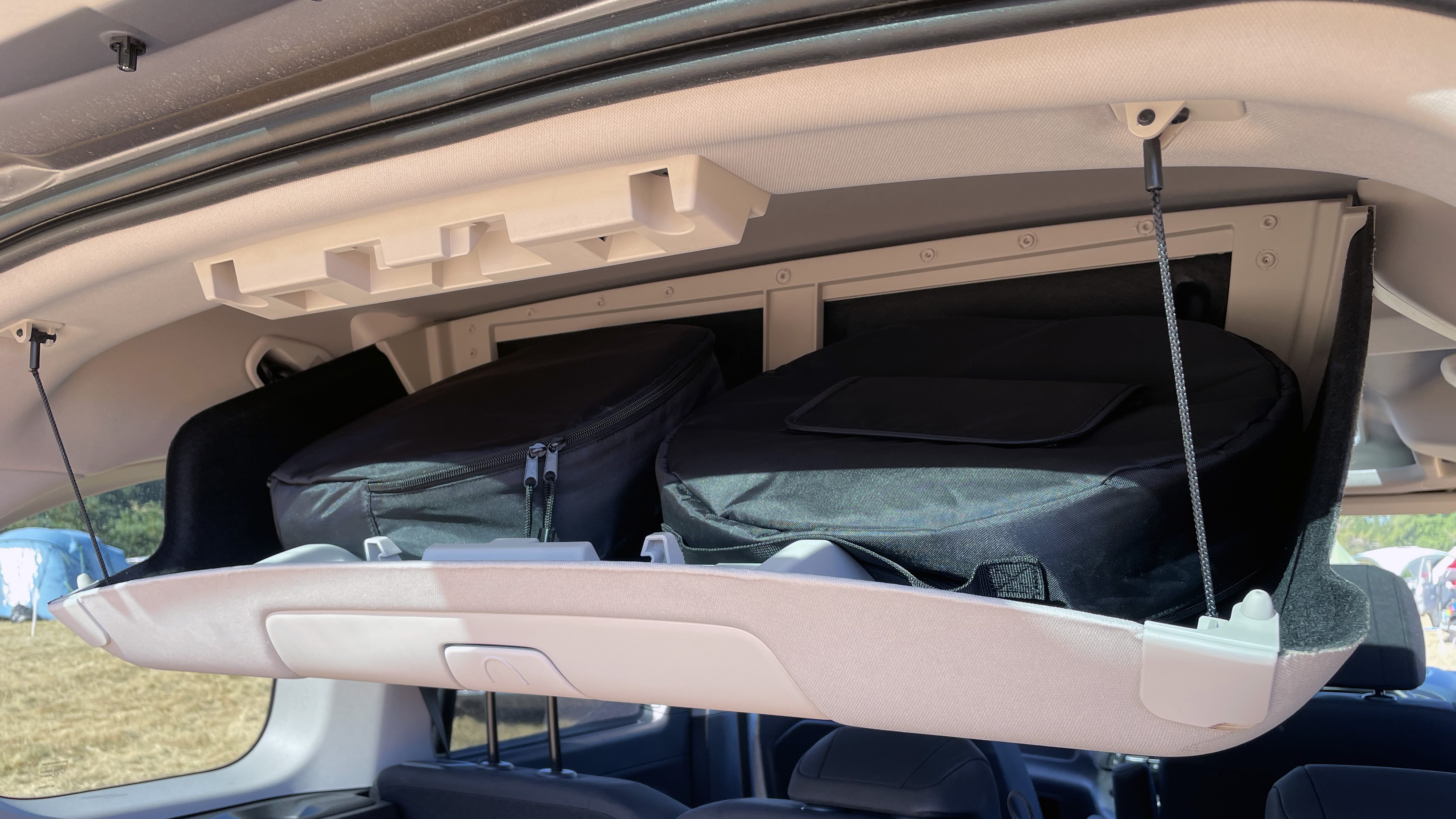 Andy Franklin very kindly let me borrow the Berlingo while he abandoned it for a ruinously expensive high-capacity petrol beasty on his jaunt to France. As a longstanding electric connoisseur I was entirely happy to make the acquaintance of the Citroen – it would be plenty big enough to haul a load of stuff off camping and still have some space left for a few friends in the back as well.

I’m not a natural camper – my preferred natural environment is staying warm indoors with a film on, none of which was covered by our in-tents summer holiday experience. But you’ve got to get away, haven’t you. The Berlingo is, I’m sure, a similar acquired taste for much of the TG team.

The usual wheels in the Burnett household are also electric, but significantly smaller, so I was quite excited about all the places I’d have to lose things in. The roof storage is a pleasant gimmick to wow passengers with, but useless in practice. The one good thing about it is the roof locker over the boot, which gives you somewhere to stash the charging cables when they’re not being used.

I got particularly excited about the beefed up parcel shelf, which can be shifted down to the middle of the boot and provides a decent space to chuck in your shopping (or luggage) via the glass hatch. It’s handy because the actual boot hatch is enormous, like you’re opening up an aircraft hangar. You’ll need a runway’s worth of tarmac behind the car to get in there. I’m certainly not the car packer that my dad is, but I manage. Big stuff goes in underneath the parcel shelf, snacks and backpacks on top. I can’t see out the back window, but that doesn’t matter because when you drive this slowly everyone comes to you.

The powertrain itself is all fine – I put these cars straight into Eco mode because I can’t think of any car in which I want to be spinning the front wheels away from the traffic lights, least of all a sensible family EV. It wasn’t too hard to best Andy’s economy (I was getting around 4mpkWh out of the car while I had it, making for around 160 miles of range before you panic and head for a plug), but the car doesn’t give you enough range margin to make life easier. I don’t mind a limited range like this because I’m a geek about this sort of thing, but if you’ve got cause to buy a Berlingo you’ve already got plenty to worry about, range anxiety shouldn’t be a factor – especially when you’re off on holiday.

The steering is usefully light and you sit nice and high and the cabin encourages relaxation with its upright everything. The one thing I never got on with is the brakes – there’s no switchable regen here, so you have to leave the Berlingo in B mode to get any decent regeneration out of it. When you finally have to switch to the brake pedal it’s like hitting a wall, there’s no modulation or finesse to it. At one point we hit some heavy traffic near the seaside and the sharp braking means someone gets hit in the back of the head with a sleeping mat. Whoops.

Citroen makes a lot these days about how comfortable its cars are, but the execution has been hit and miss so far. Fortunately the Berlingo is a hit on that front – everyone who had a ride in it was very complimentary of the soft ride. It’s a virtue that sits well with the Berlingo’s electric character – you want to be laidback and relaxed, because it’ll take you ages to get wherever you’re going. It’s a whole different approach to motoring, and I quite like it. Much like a camping holiday, actually, although I don’t really like that.

Back to: Report 2
Advertisement