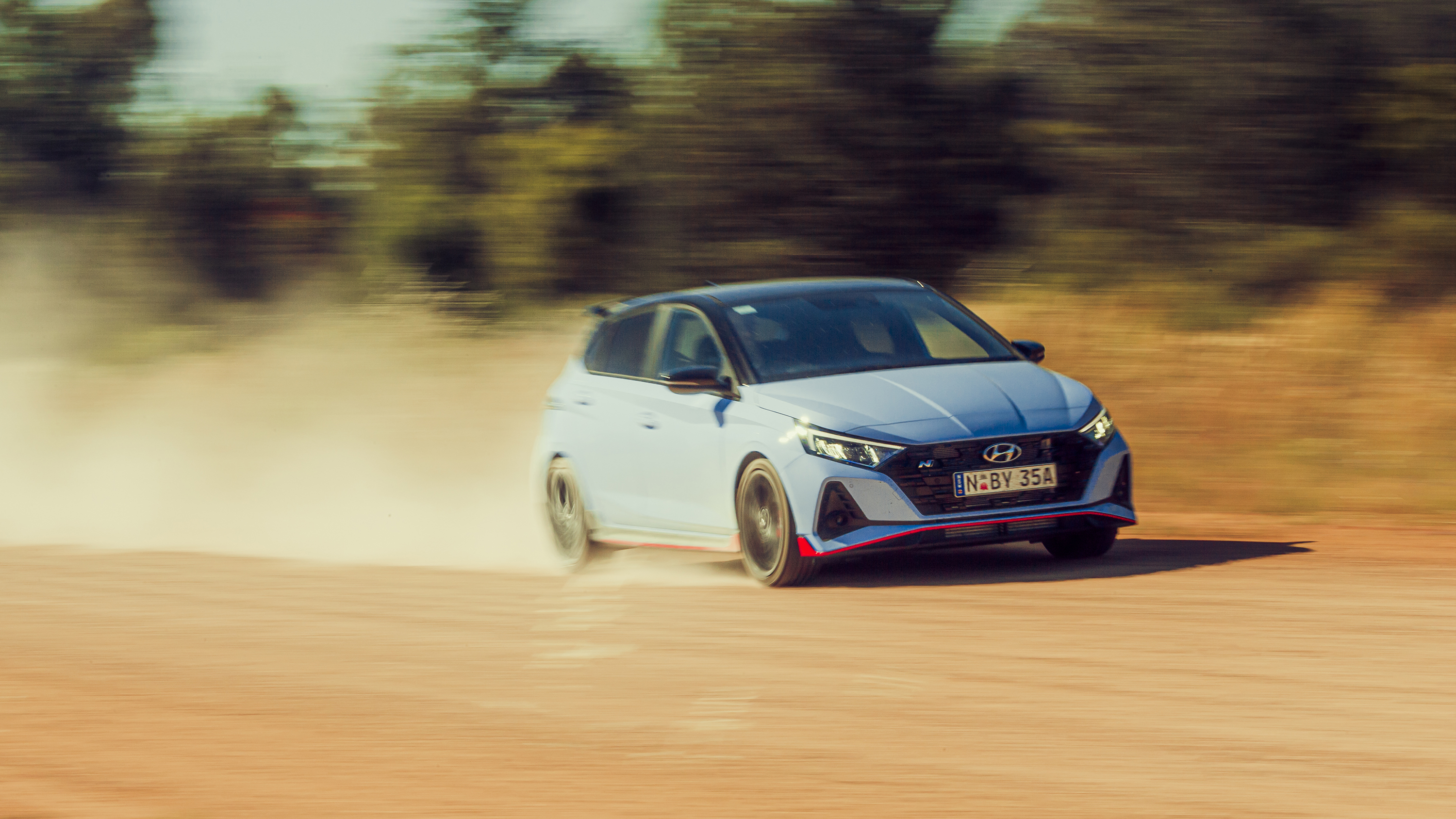 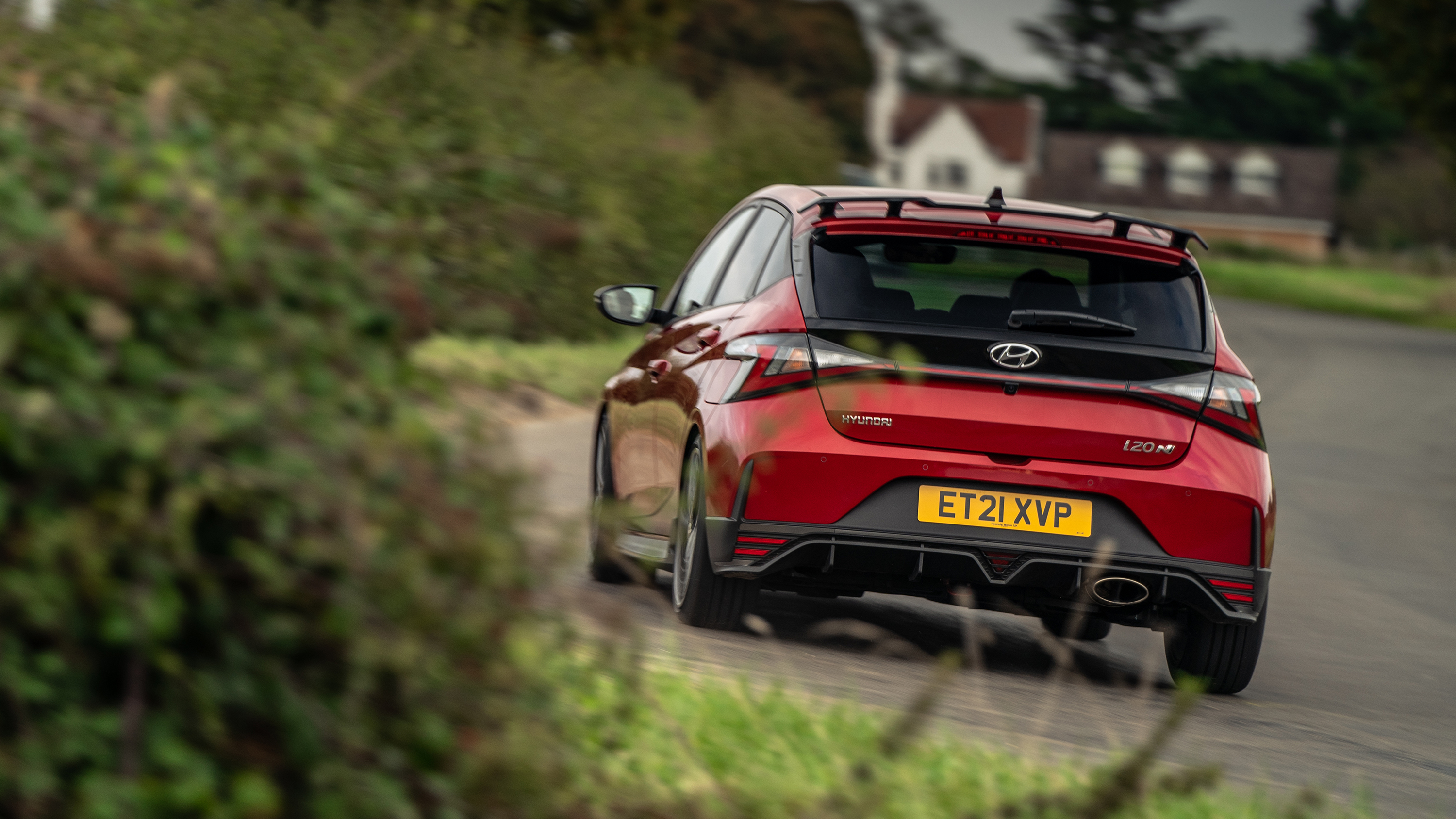 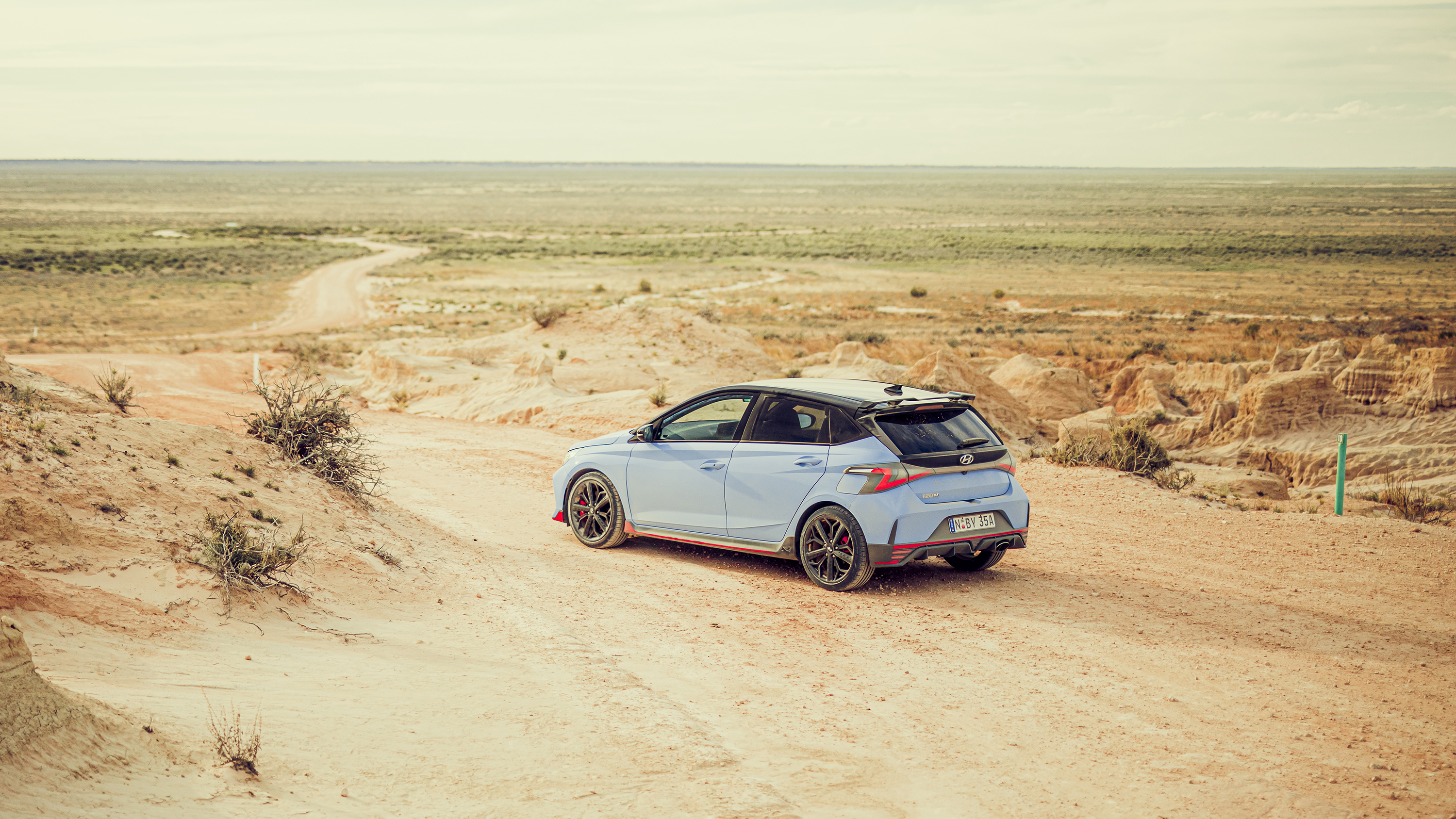 Stephen Dobie: Craigo! You just accrued as many miles in an Aussie-registered i20N in five days as I managed in my first two months of i20N stewardship up on the top half of the world. So I’m curious to know if you uncovered the same quirks – and moments of joy – as I have. And what it’s like driving one upside down…

Craig Jamieson: I have indeed... um, Stevo. And if I could recommend one thing to budding i20N owners, it would be to not rack up the first 2,500 miles in their new car over the course of five days. If I could recommend two things, it'd be not to rack up said 2,500 miles through some of the worst storms Australia has ever seen. It's kind of like self-administering a kick to somewhere painful – completely possible with a bit of effort, but still broadly inadvisable.

Stephen: Whatever you do in your spare time is your own business. I'd love to know what you learned about the car, though. I’m loving life with the dinky Hyundai on British B-roads, which, stiff ride aside, it feels made for. What about Down Under, where your backroads tend to be wider, longer and a bit less corner-y?

Craig: Well, I'd wager that the difference between your two months on top of the world and my frantic five days at the bottom is likely big enough that we've never had the same experience in an i20N. The closest I came to the English experience, I think, is the fact that I drove it in the rain. It was technically such a storm that the wipers struggled to keep up, but rain nonetheless. I can say that the little Hyundai was actually fantastic along an ersatz rally special stage, and that I'm amazed and impressed that nothing broke – the front right wheel took more hits than Keith Richards but still didn't show the slightest signs of buckling. No interior rattles either, even after hundreds of miles of washboard dirt. I can also happily report that the i20N is a master of lift-off oversteer in red desert mud, but I do have to concede that the exhaust is loud enough to terrify emus.

Stephen: We should probably talk modes. I’ve set up my two N buttons thus: both with the steering at its lightest, the engine in its sharpest but the exhaust at its quietest. One has the ESC in sport and the rev-matching on, the other has both switched off for when I want to remind myself how much better computers are at driving than me. And yet the car is so finely tuned in its plain vanilla mode, I barely actually touch either in everyday driving. Did you liven up stretches of Outback by messing around with yours?

Craig: Why is vanilla shorthand for dull and boring? It's absolutely delicious, and comes from a small island off the coast of Africa, which makes it quite literally exotic. But I digress. Call me a Luddite, but modes have never really done it for me. Especially with steering – why, precisely, do I have power-assisted steering, but also the ability to get not quite enough assistance at the touch of a button? So, like you, I set up the exact same... well, set-up – quick-fire engine response, lightest steering and quietest exhaust. And no rev-matching, regardless of how uncannily perfect it was. I'm driving, thank you very much. As for adding more decibels from the exhaust – or indeed what sounded like synthesised induction noise from the stereo – I'm struggling to think of a more pointless endeavour. Well, maybe sending billionaires to space. Or protesting life-saving medicine. Or arguing on Twitter. OK, turns out I can think of lots of things, but the point I'm trying to make is that, in my experience, noise is inversely proportional to action. If you have something worthwhile to say, you can whisper it and people will hear. If you don't, you can shout as loud as you like and no one will listen.

Stephen: That’s very sage of you. Let me bring you back down to earth with an issue as prosaic as ‘headlamps’. They’re my sole bugbear several months into life with the littlest N. They barely pick out the pheasants and fieldmice scurrying in front of me on the tiny lanes out of my village, and so I’m shuddering at the merest thought of them not locating a hench kangaroo until the last second on long, straight roads where I’d likely be going much quicker. Given I’ve come from a Morgan, being disappointed with the i20N’s lights feels quite a statement. 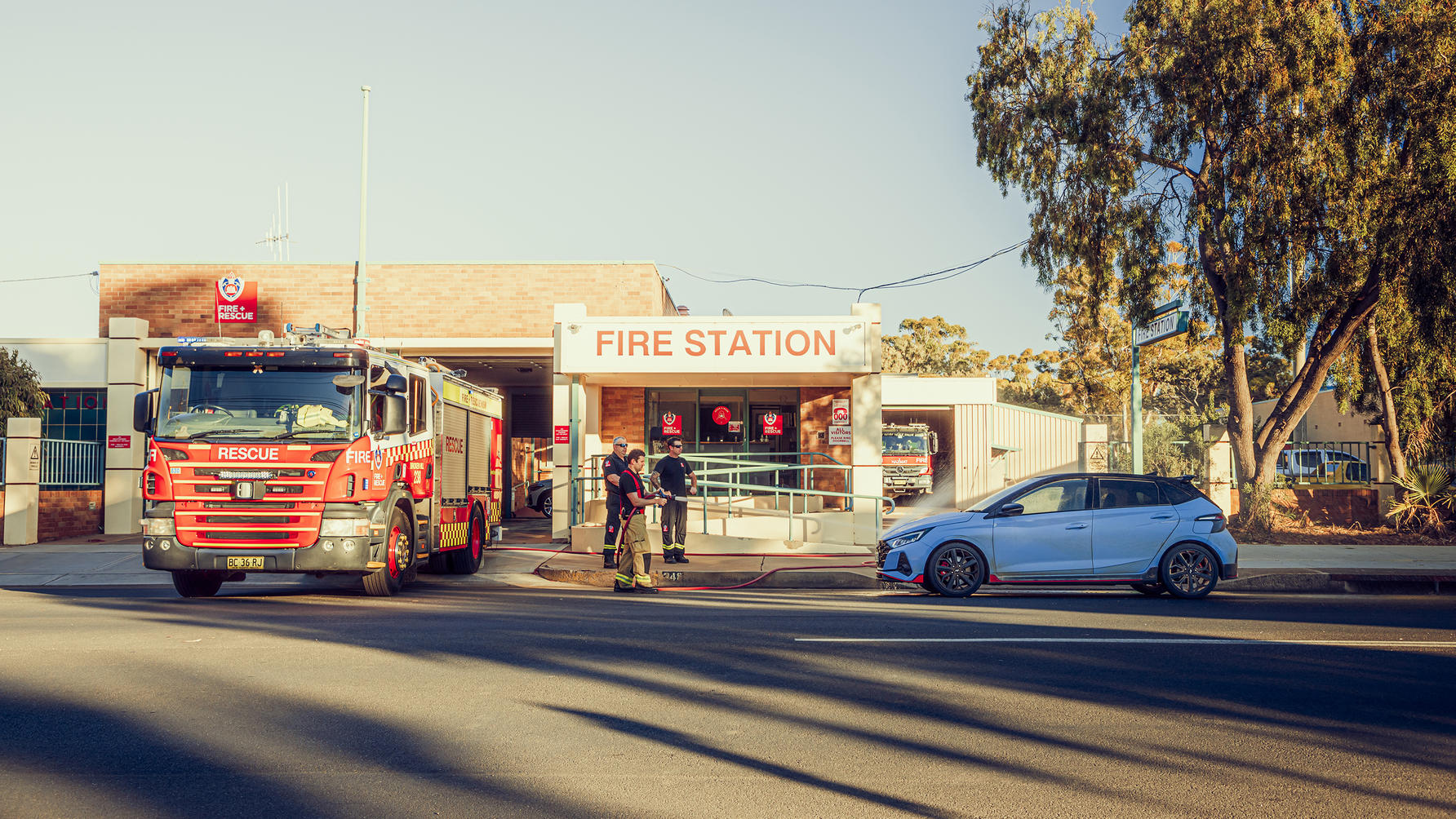 Craig: Ah yes, the headlights. They're plenty bright enough; the problem comes from the angle. Somewhere around midnight, halfway through the gauntlet of kangaroos and feral rabbits, we actually pulled over to make a few adjustments on that score due to the truly terrifying lack of illumination. There's a screw in each headlight unit that raises or lowers the angle of the beam, but it's at the end of a mystifyingly long and narrow access hole. We had to get slightly creative to reach it and, in true Top Gear fashion, a hammer was deployed and a screwdriver gave up its life. But after our roadside adjustments, the lights were brilliant. Questionably legal at the next MOT, but as we managed to spot and avoid however many kangaroos – I thought it was about 50; the photographer estimated about 100 – I'll take an advisory over a marsupial bonnet ornament.

Stephen: Skippy survived your trip! Thank god. I’m getting on with the i20N an utter treat otherwise, though. It’s like my old i30N with a thick layer of polish applied and not much less speed despite a 70bhp deficit. Which – in the weird world of cars – is almost a slight chink in its armour. It’s just a little more professional and a bit less impish than before. But I’m absolutely coping.

Craig: I think what you're finding as more professional and less impish is actually quite clever on the i20N's part. Some cars constantly goad you into being an oaf, which is a bit of a double-edged sword. Entertaining, of course, when you indulge, and it feels like the car has character. But sometimes you just want to get where you're going, without the imp of the perverse admonishing you for using your car in such a prosaic manner. The i20N is like that friend who's worth their weight in gold – they never get you into trouble, but they'll be right there with you if you feel the need to get in a bit yourself. It's that duality that VW nailed with the MkV GTI and then never managed again. I don't particularly mind who does it, as long as someone still gets it. Especially when I’m covering two months of miles in five days of Aussie storms…