ADVERTISEMENT FEATURE by Ford
What is an advertisement feature?
Skip 1 photos in the image carousel and continue reading 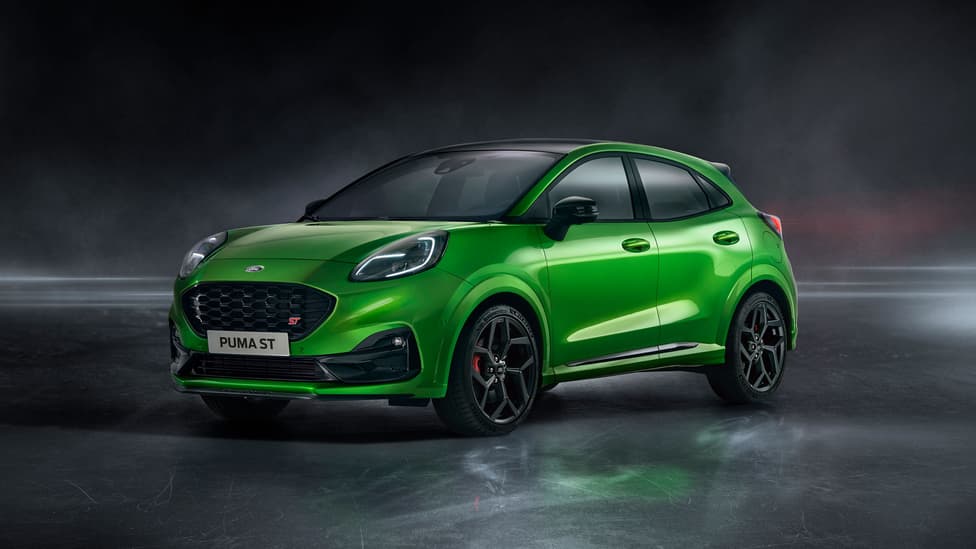 In one giant leap, the Puma has evolved. From much-loved coupe to 21st Century crossover, one of Ford’s most famous names lives again – this time combining great driving with SUV-inspired styling and everyday usefulness. And, it’s a hit with the critics too, as it’s won Top Gear Magazine’s Crossover of the Year award 2020.

Using the same turbocharged 1.5-litre EcoBoost engine as the Fiesta ST, its vital stats deserve a sentence all of their own. So here they are: 200PS at 6,000rpm, 320NM of torque between 2,500 and 3,500rpm, and 0–62mph in 6.7 seconds. What does that mean in the real world? “A driving experience only one step removed from the mighty little hot hatch it’s related to,” says the Top Gear Magazine team.

Think of it as some fast Ford magic from the department behind some of the most respected driver’s cars of recent times. If anyone knows about making a sporty chassis, it’s them. 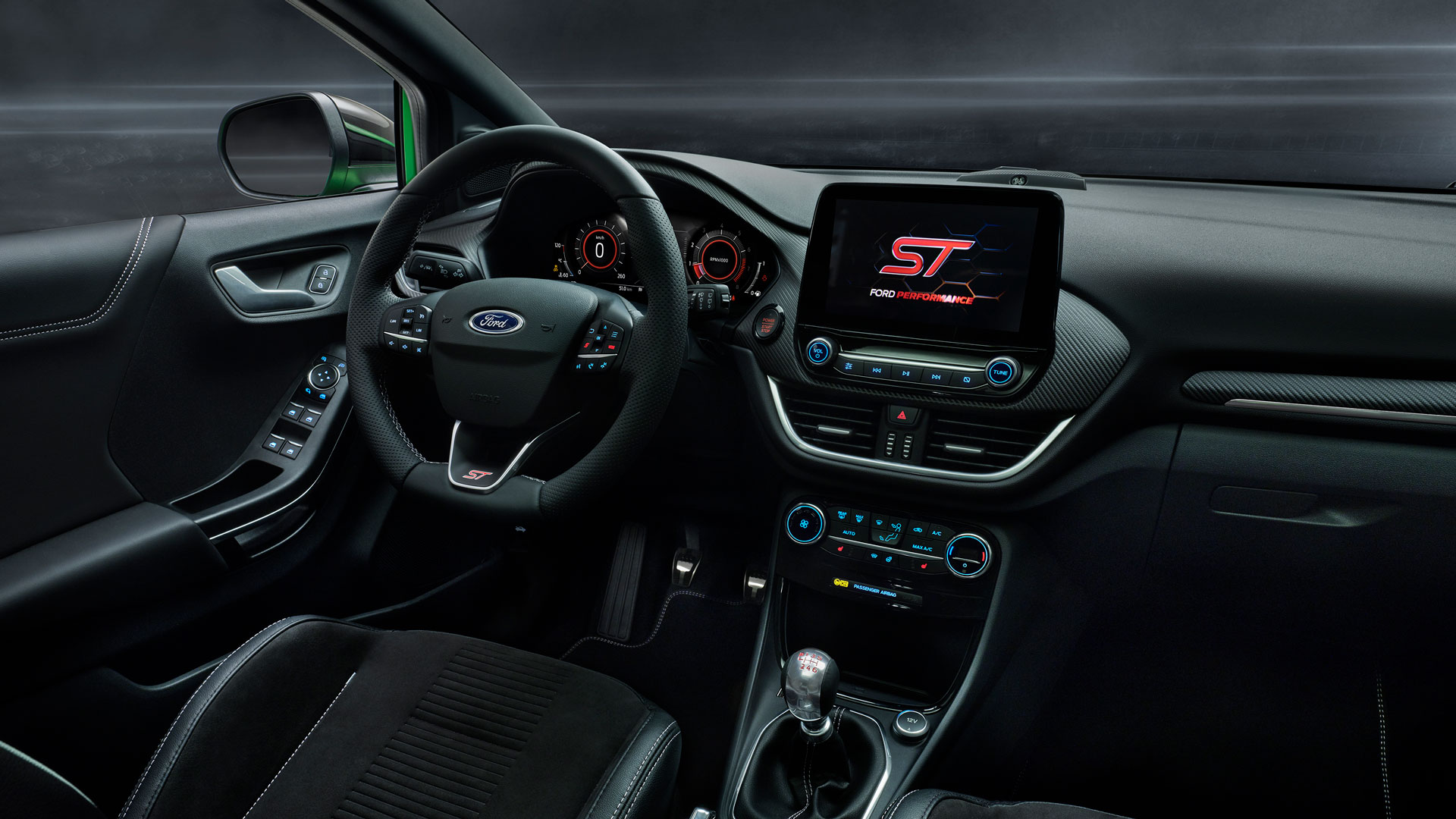 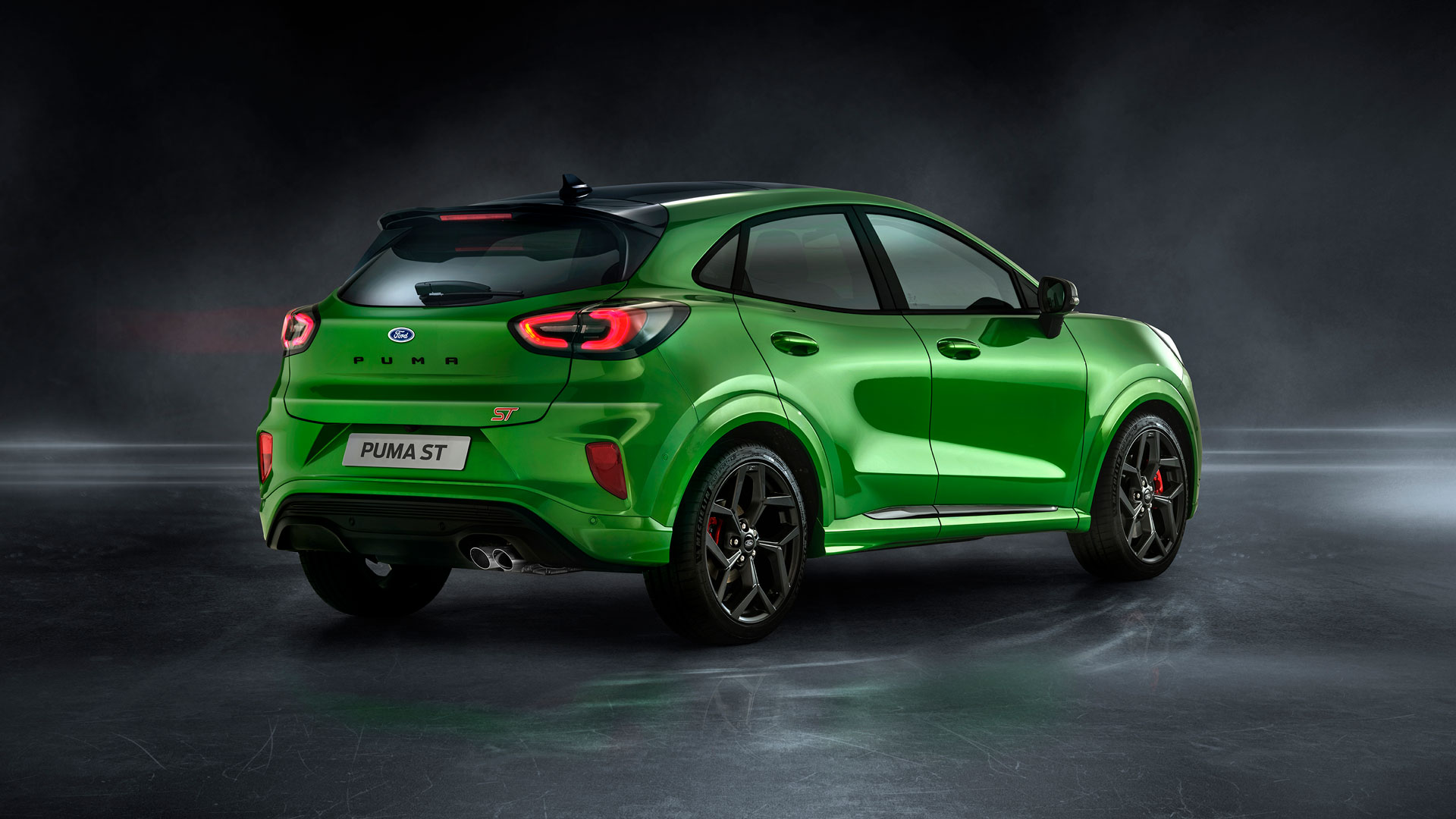 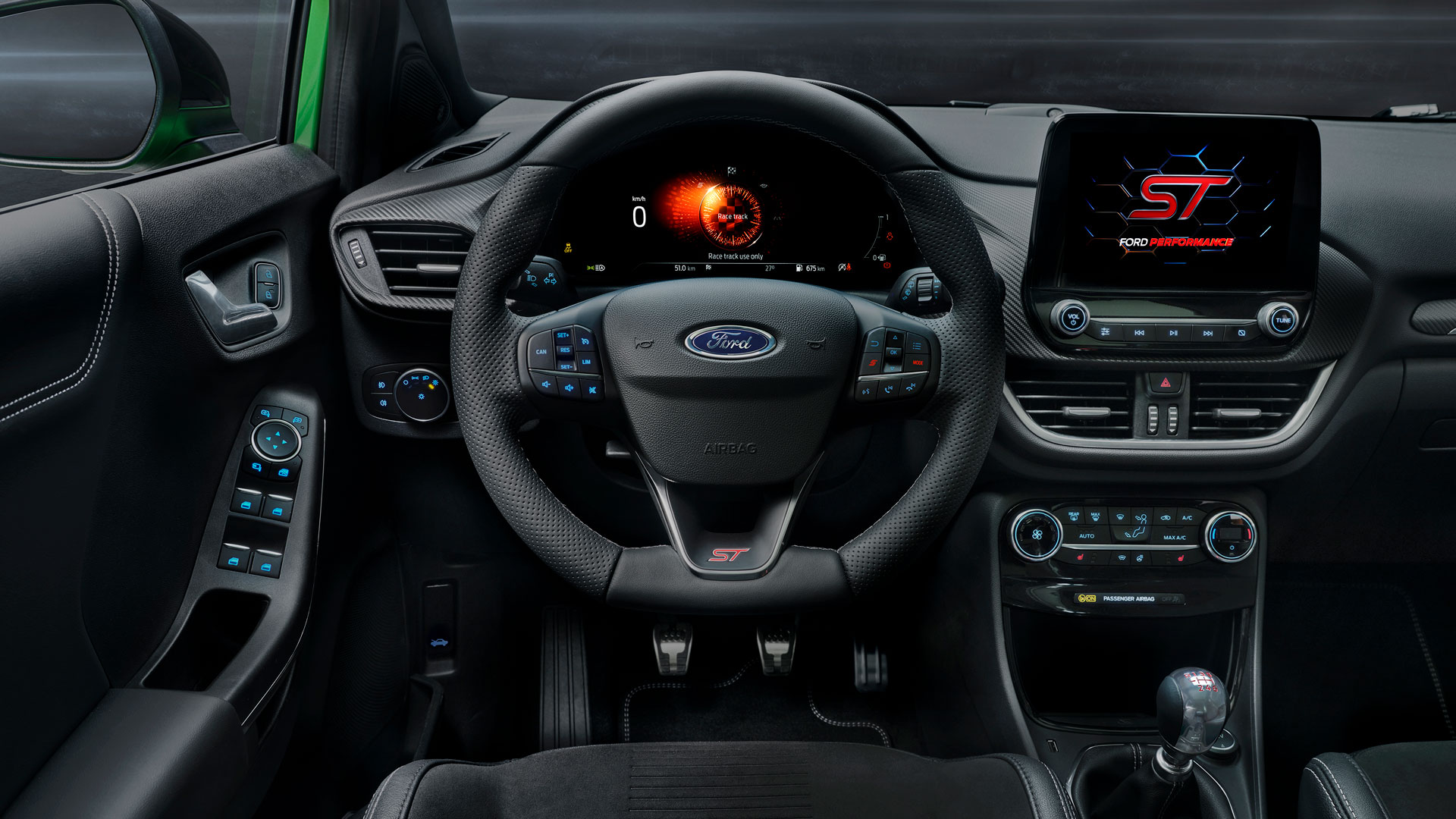 The Puma ST’s rear suspension is 40 per cent stiffer than the regular Puma’s, and – if you choose the Performance Pack, which is available at extra cost – you’ll get a limited-slip differential between the front wheels. That’s unheard of in a crossover like this, and means you’ll make the most of the specially developed Michelin Pilot Sport 4S tyres.

This is the stuff of senior-level sports cars, and the same is true of the exterior design with its aggressively sculpted aero, signature ST styling and 19” alloys. Inside, meanwhile, you’ll be reassuringly supported by race inspired RECARO front sport seats.

That’s the hardware; now for the software. The Puma ST has four selectable drive modes: Normal, Eco, Sport and Track. In Sport mode – selected via a shortcut button on the steering wheel – engine mapping, throttle response and steering are sharpened, while the active noise control valve opens to intensify the exhaust note. In Track mode, all controls are tuned for fast laps, traction control is disabled, and ESC interventions are reduced.

And, while all that puts a smile on your face, other systems will put your mind at ease. The Puma ST features FordPass Connect modem tech as standard, including cloud-connected Local Hazard Information to inform you of sticky situations on the road ahead, even if the incident is out of sight or around a bend. 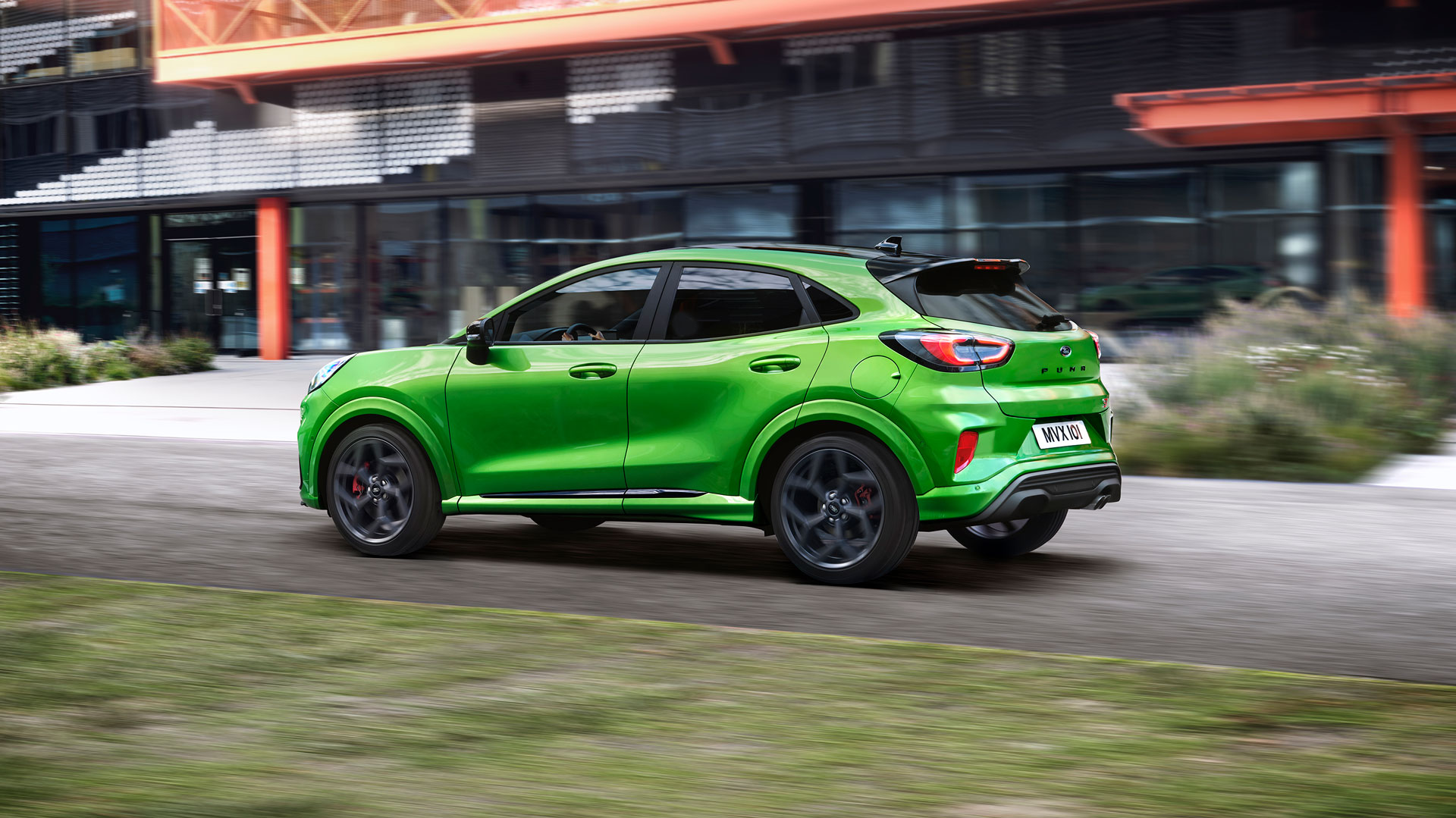 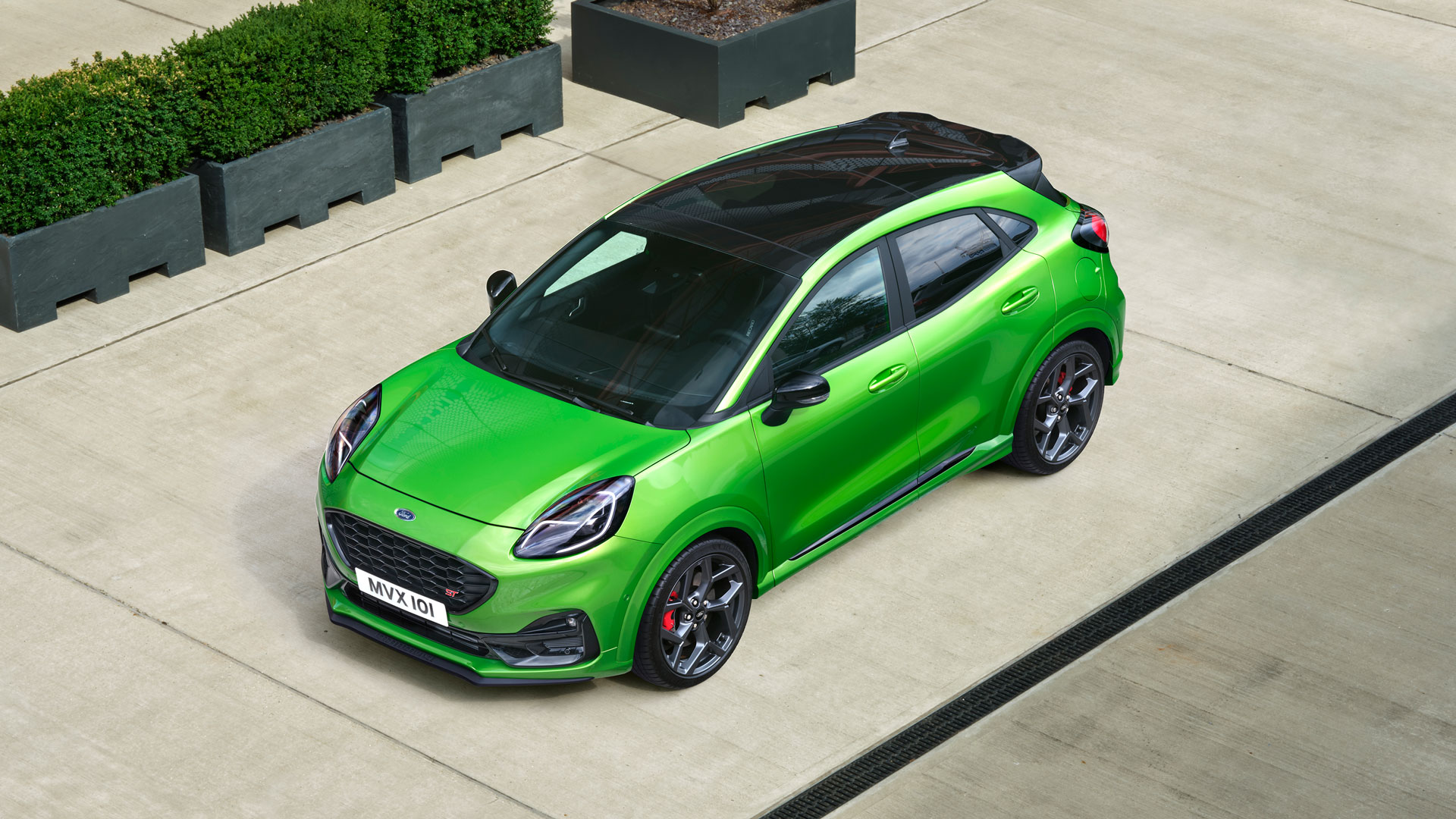 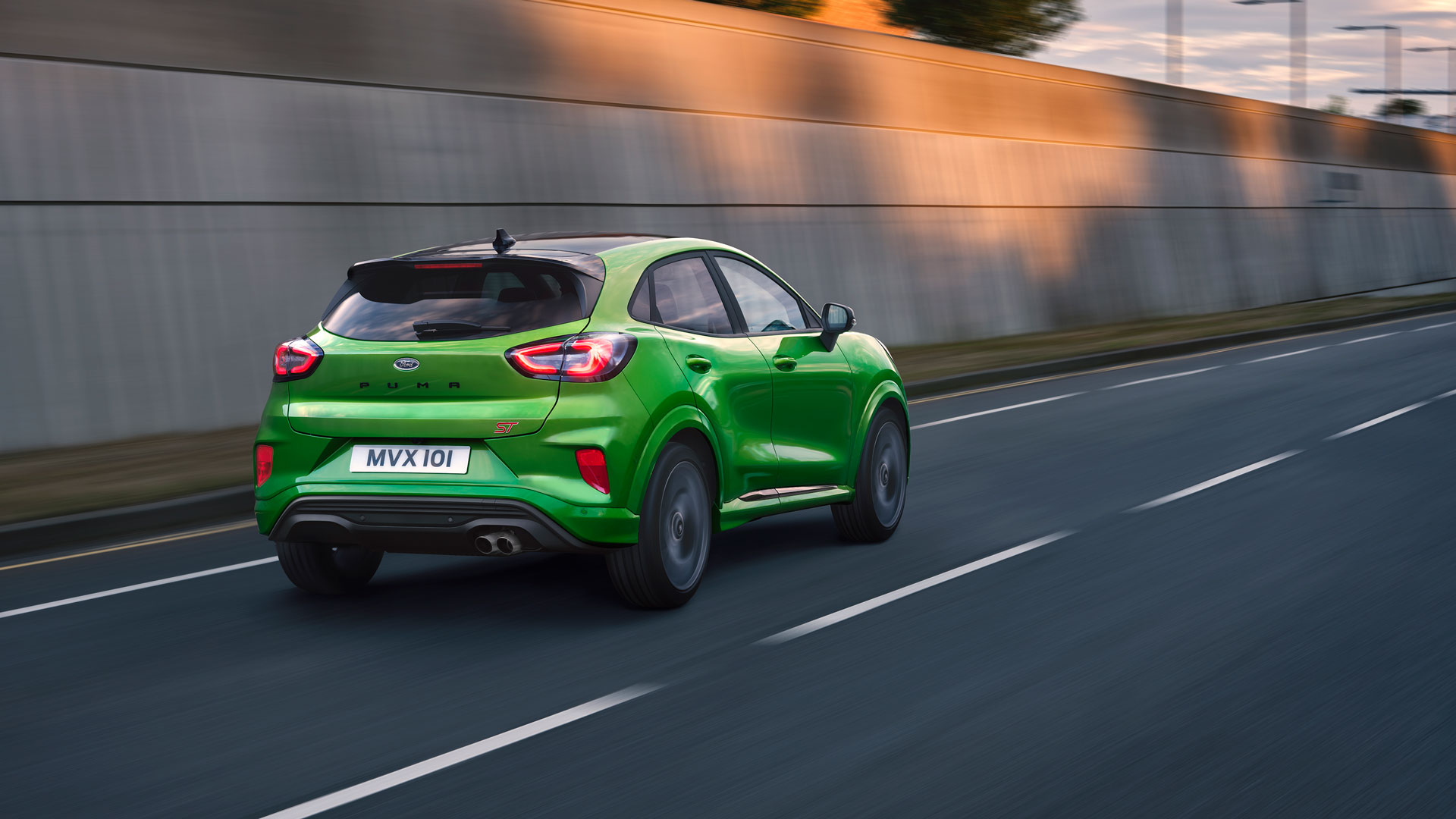 More standard tech for the ST includes a KeyFree fob, wireless charging pad, Quickclear heated windscreen and Ford’s SYNC 3 communications and entertainment system – allowing you to control things such as audio and navigation with simple voice commands. You can also opt for an ear-pleasing B&O sound system.

“Real driving enthusiasts aren’t going to settle for less excitement just because life demands a more ‘sensible’ car, so our number one priority was that the Puma ST had to be as exhilarating and capable as every ST model, without sacrificing any of Puma’s practicality,” says Stefan Muenzinger, Ford Performance manager, Europe.

A good example of that everyday usability is found in the boot, or rather just beneath it, in the Puma’s innovative new MegaBox lower load compartment. Not only does it give you a bonus 80-litres of storage space – and the ability to carry items up to 115cm tall – the MegaBox also features a waterproof lining and drain plug. In other words, it’s a hose-down home for all of your muddy boots and mucky sports gear. This gives the Puma the biggest and most convenient boot in the small crossover class.

In addition to Puma’s Crossover of the Year award, Ford is also Top Gear Magazine’s Manufacturer of the Year 2020. “Ford isn’t stamping out EVs and crossovers with a cookie-cutter,” says the panel, “It’s making cars we’ll actually want in the process.”