“Probably the most ambitious project we’ve undertaken at Audi”

Will Audi conquer the Dakar Rally? Watch this film to find out more…

ADVERTISEMENT FEATURE by Audi
What is an advertisement feature?
Skip 1 photos in the image carousel and continue reading
1 / 1

Crack open the history books as it’s time to write a new chapter: Audi is entering the Dakar Rally for the first time. Having pushed boundaries and conquered multiple motorsport disciplines, including endurance racing, rallying, DTM, IMSA and Formula E, the brand with those famous four rings is trying something new – something dusty – in something new: the Audi RS Q e-tron. All against an immovable deadline.

“It’s probably one of the most ambitious projects Audi has undertaken”, says Sven Quandt, CEO and team principal of Q Motorsport. See, the Dakar is no joke. Put simply, it’s the daddy of desert races – an annual 6,000-mile off-road race and the ultimate test of how much abuse a car and the human body can take.

With an abstract mix of machinery competing, incredible scenery and unbelievable driving talent, it’s a proper feast for petrolheads as competitors race across oceans of sand and rock in Saudi Arabia. And Audi is taking something unique – an alternative drive concept that blends a Formula E’s electric drivetrain with a high-voltage battery and a highly efficient a 2.0-litre turbocharged petrol engine from a DTM to keep the battery topped-up.

The aim is “to be the first car manufacturer to use an electrified drivetrain in combination with an efficient energy converter to compete for overall victory against conventionally-powered competitors in probably the world’s toughest rally”. No mean feat, especially as it’s only had 365 days to bring this brain-melting complexity and motorsport programme together. Which, as you can see in the video above, has brought some long nights and furrowed brows. 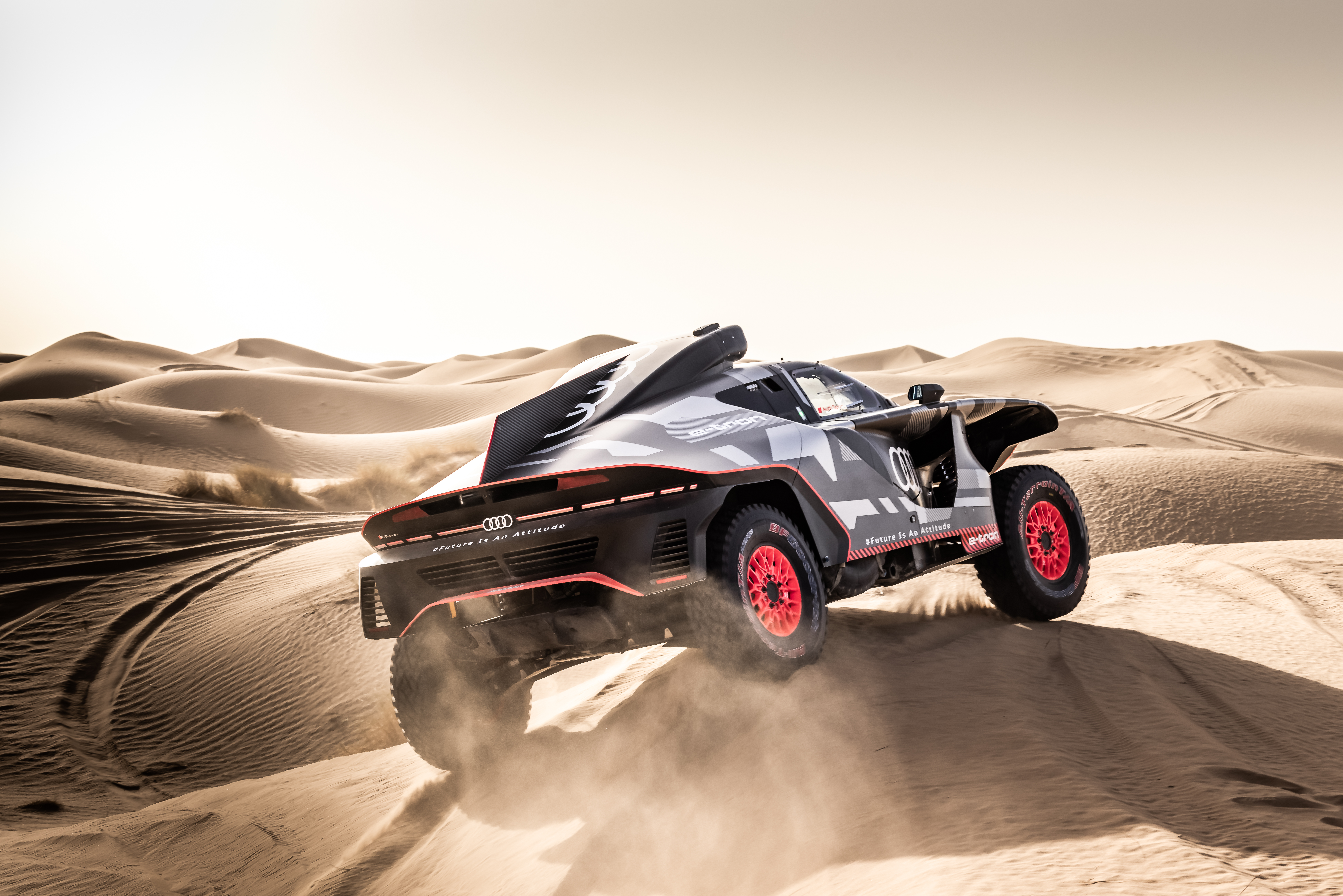 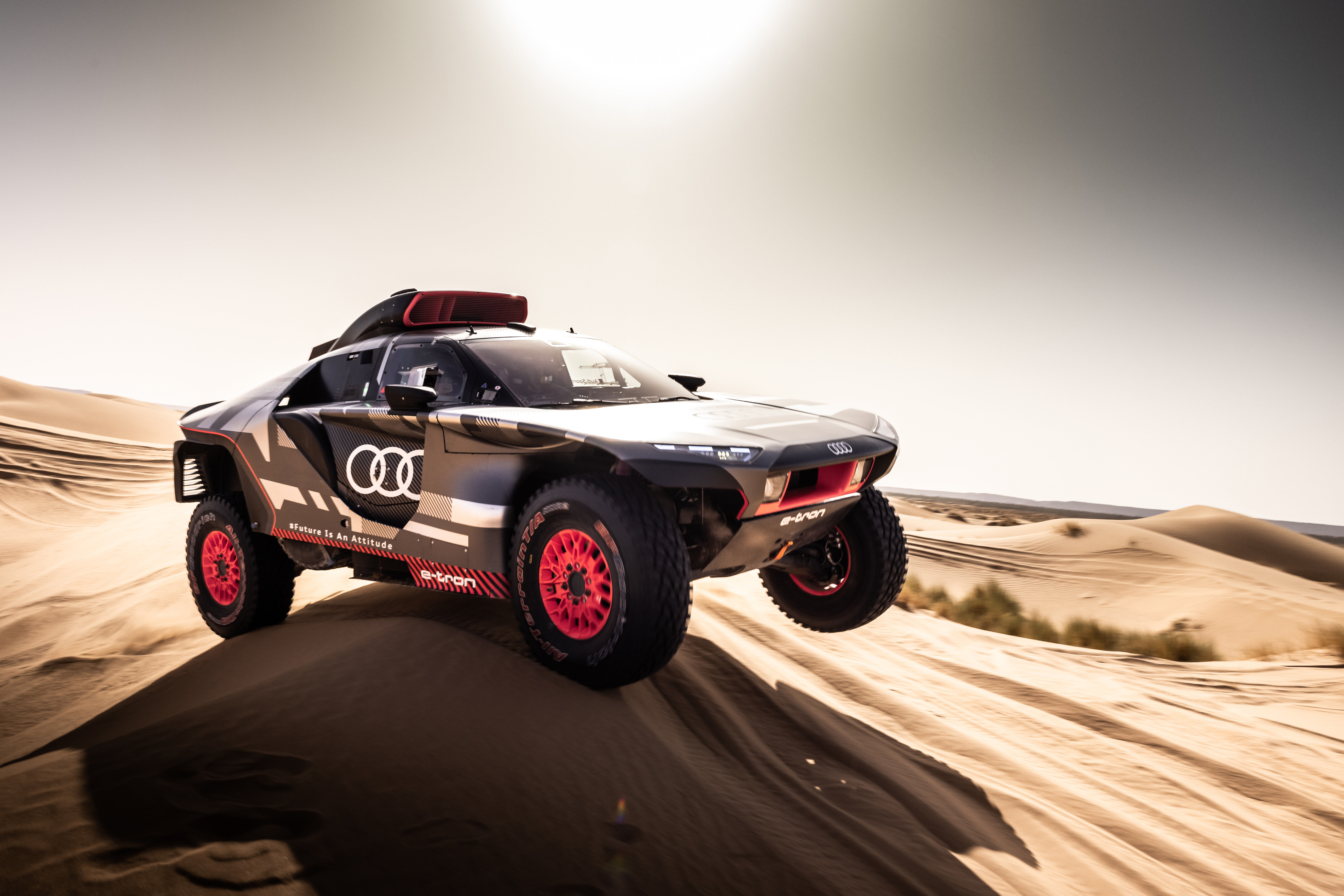 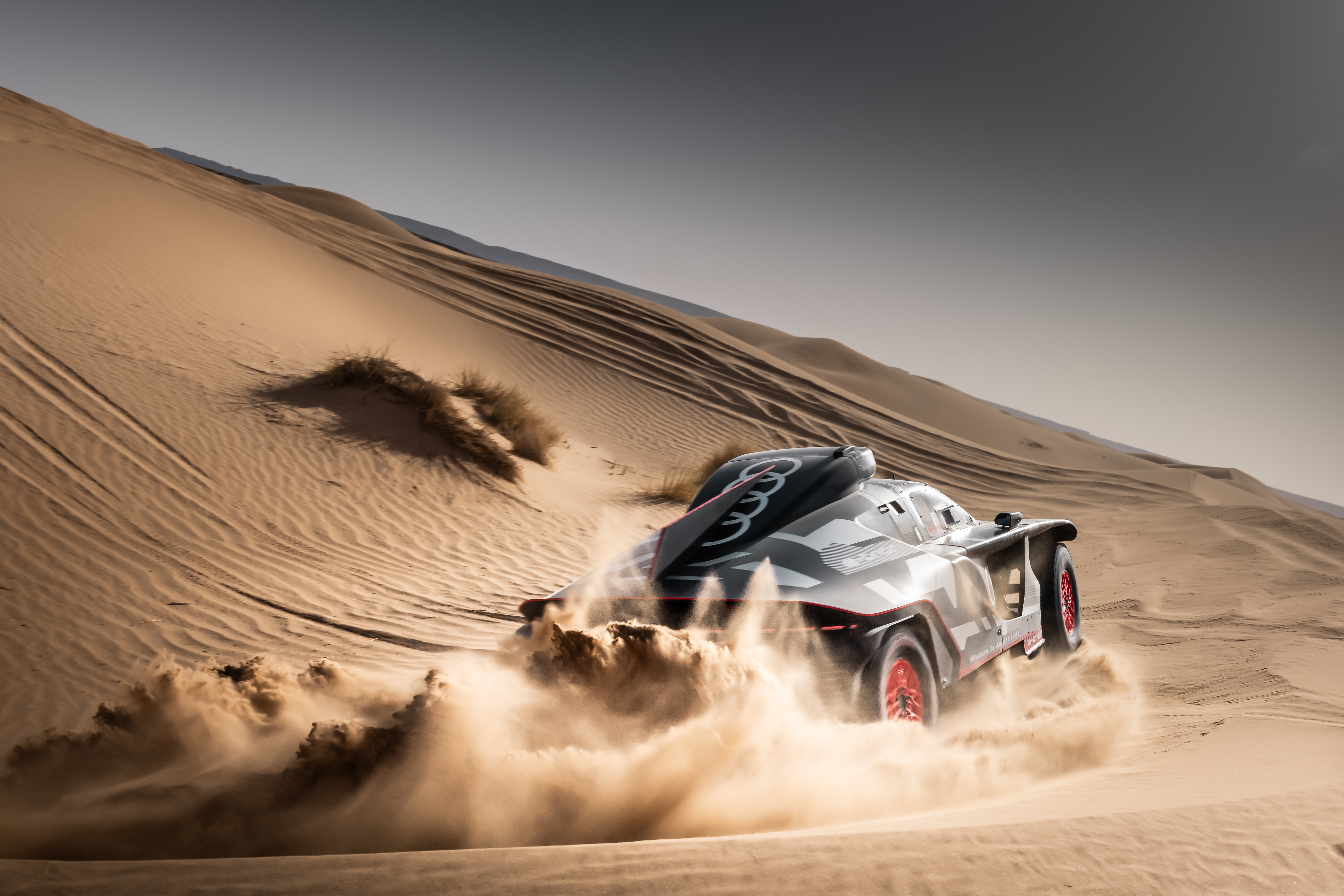 Luckily, aside from having decades of motorsport experience to draw from, as well as some of the brainiest and most driven technicians and engineers in the game working on it, Audi has also hand-picked a rather special driving line-up: Mattias Ekström, Stéphane Peterhansel and Carlos Sainz (the original rally legend one, not his F1 son).

“It’s no exaggeration to speak of a ‘dream team’,” says Julius Seebach, Managing Director of Audi Sport GmbH and responsible for motorsport. “Stéphane is the most successful Dakar driver of all time. Carlos is a multiple Dakar winner and World Rally champion. With Mattias, we already celebrated many Audi successes in the past. He is one of the world’s most versatile drivers. In addition to a lot of speed, they are all adding an extreme amount of expertise and motivation to our team. The same goes for their co-drivers, who play an increasingly important role in the Dakar Rally.”

With the world’s toughest rally kicking off from January 1st 2022 Audi has been under immense pressure. As you can see in the video above. But how will it get on in its first ever Dakar? Not long until we find out...