ADVERTISEMENT FEATURE by Audi
What is an advertisement feature?
Skip 11 photos in the image carousel and continue reading 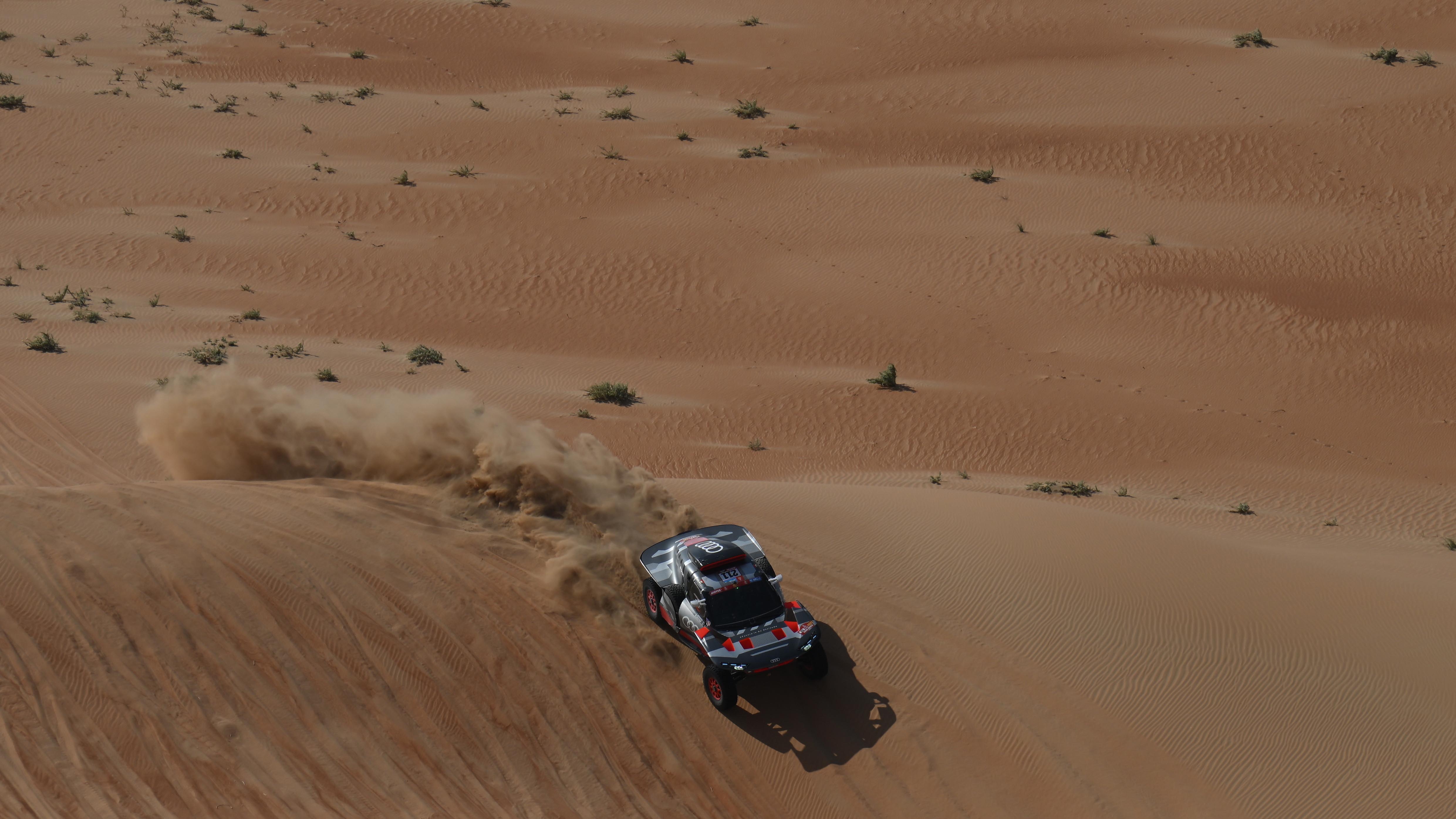 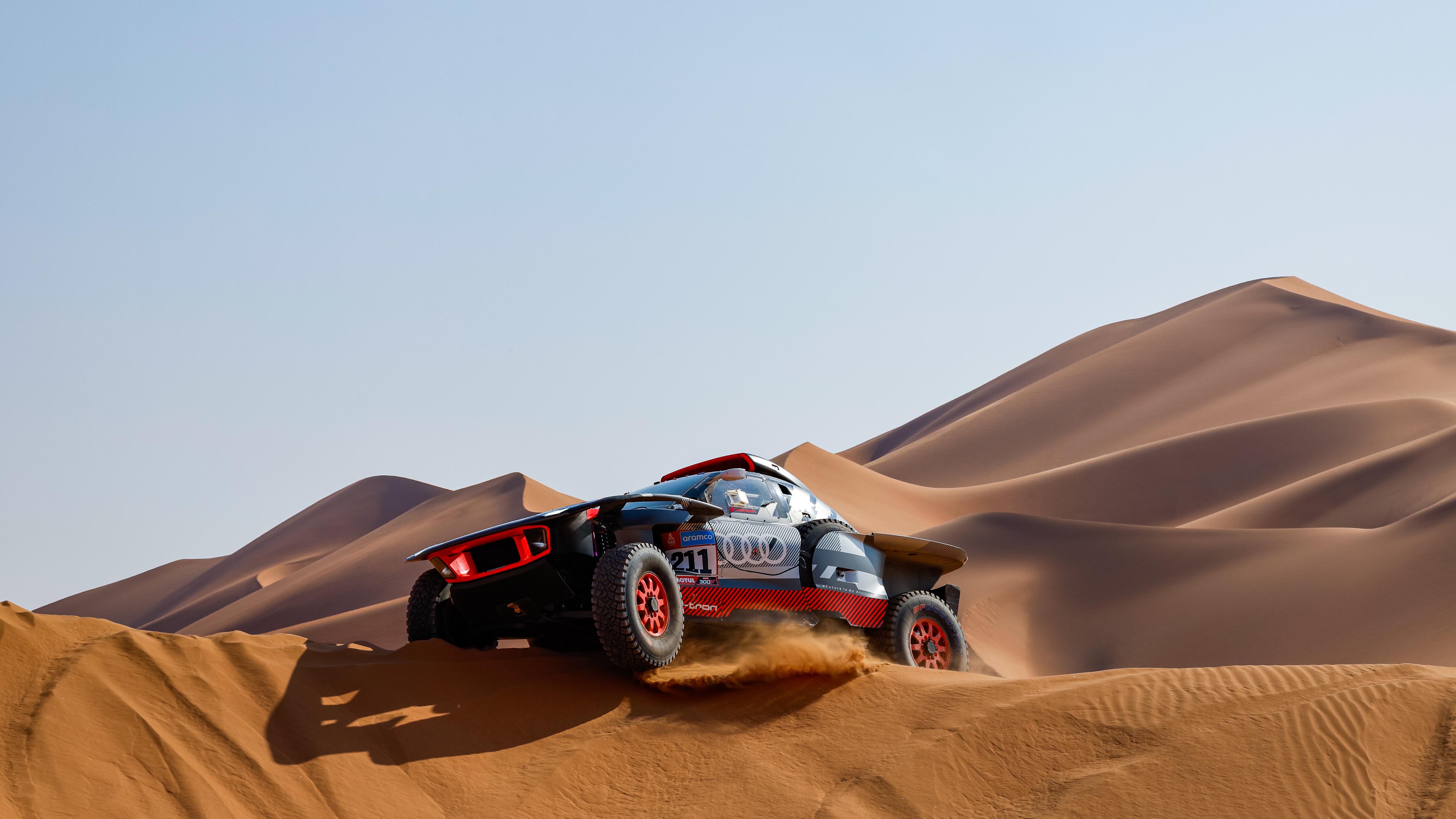 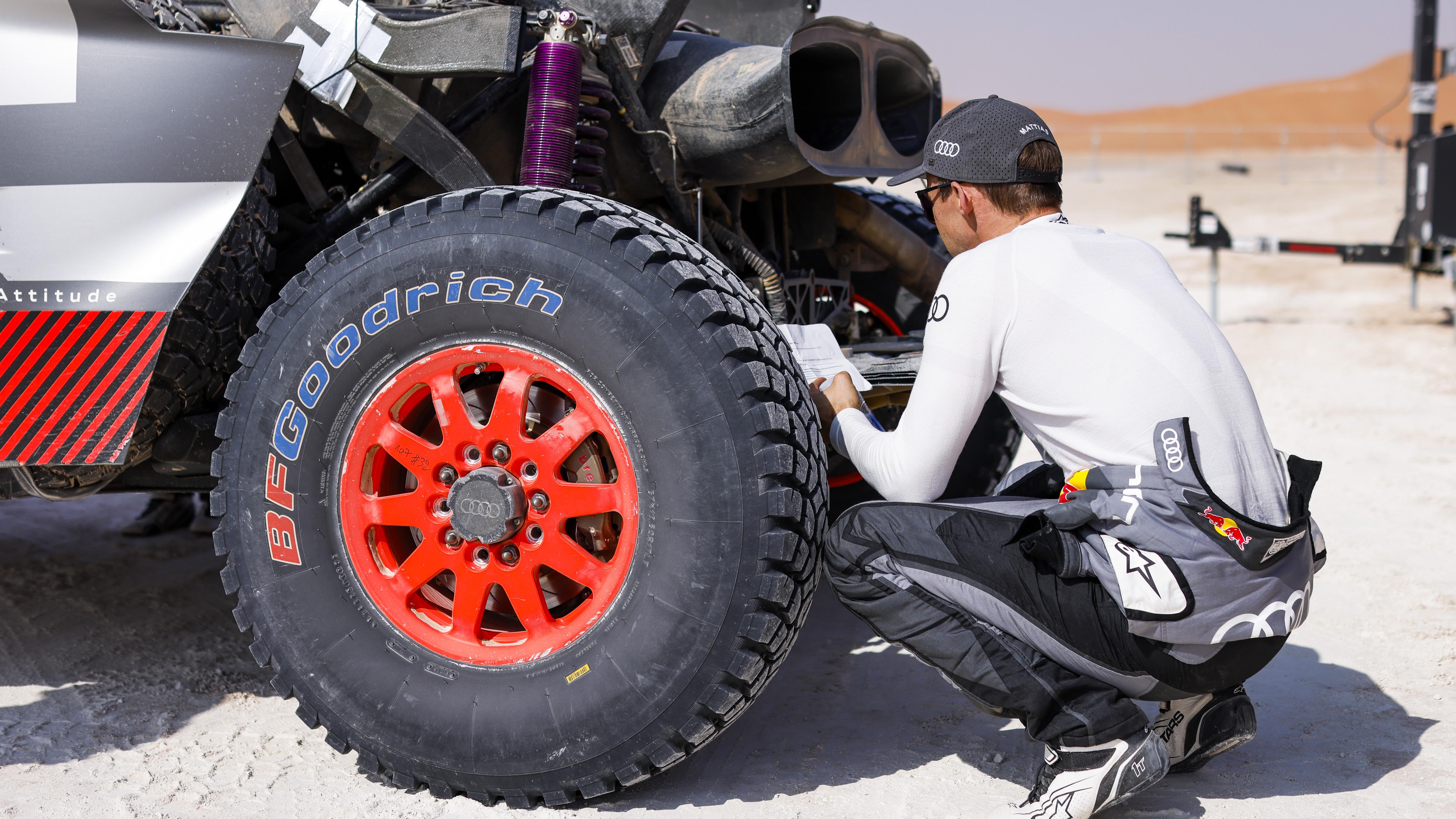 After an arduous day spent summiting and descending desert dunes in scorching conditions as part of the Dakar Rally, a driver might reasonably expect to have a quick catchup with mates in the catering tent before diving into a comfy bed where they can have a scroll on their phone and then doze off for the night. But such luxuries were hard to come by on day 13 of the 2023 Dakar Rally.

The reward for Audi pairing Mattias Ekström and co-driver Emil Bergkvist netting their second stage podium in a row was a touch less salubrious. For they found themselves camping in the uninhabited Empty Quarter on Thursday night, with the cast of engineers that usually tend to their electrified RS Q e-tron rally-raid machine each day left very far behind.

Thursday marked the first day of another Marathon Stage. For drivers, that meant packing their tents and sleeping bags and knowing that they would soon need to service the cars themselves in the evening. The Stage 11 stretch that traded the relative comfort of the Shaybah bivouac for an overnight stop in the Saudi Arabian wilderness was scattered with massive sand dunes for the entirety of the 275km timed route.

Ekström started the leg second on the road, a position he maintained to the first checkpoint before settling in third for the remainder of the day. With no Audi race truck to offer aid in the event of an incident, the Swede opted for a more cautious (but not exactly slow) approach. That paid off handsomely.

Even though the vast expanse of desert and the constant rise and falls of the dunes can be the stuff of nightmares for navigators, an entirely smooth day for Ekström and Bergkvist left them to finish the special stage only 150 seconds down on in-form nine-time World Rally champion Sébastien Loeb, who led the daily leaderboard. Having completed the course in a smidge under three hours, the #211 RS Q e-tron has now climbed back inside the top 20 in the overall ranking with only a hat-trick of stages remaining.

Q-Motorsport team principal Sven Quandt says of the surroundings: “It’s a very nice place [to look at], but a very nasty place to drive through. For us, we have very little internet connection, if at all. You have no telephone reception, so you are back to driving the route without all the electronic help that we’ve got with our telephones, tablets and everything. It is the real Dakar, so a big challenge for us, for sure.”

Team Audi Sport personnel, meanwhile, had to sit tight at the Shaybah basecamp. But being able to leave two-time DTM champ Ekström to it did at least offer something in the way of a breather. This effective rest day provided an opportunity to catch up on sleep and for the more organised crew members to begin packing their bags ahead of the rapidly approaching trip back to Europe.

The Marathon Stage will wrap up on Friday with a 185km competitive stretch of dunes that will take the sole remaining RS Q e-tron race car back to the Shaybah bivouac to be reunited with the Audi squad.