ADVERTISEMENT FEATURE by Audi
What is an advertisement feature?
Skip 8 photos in the image carousel and continue reading 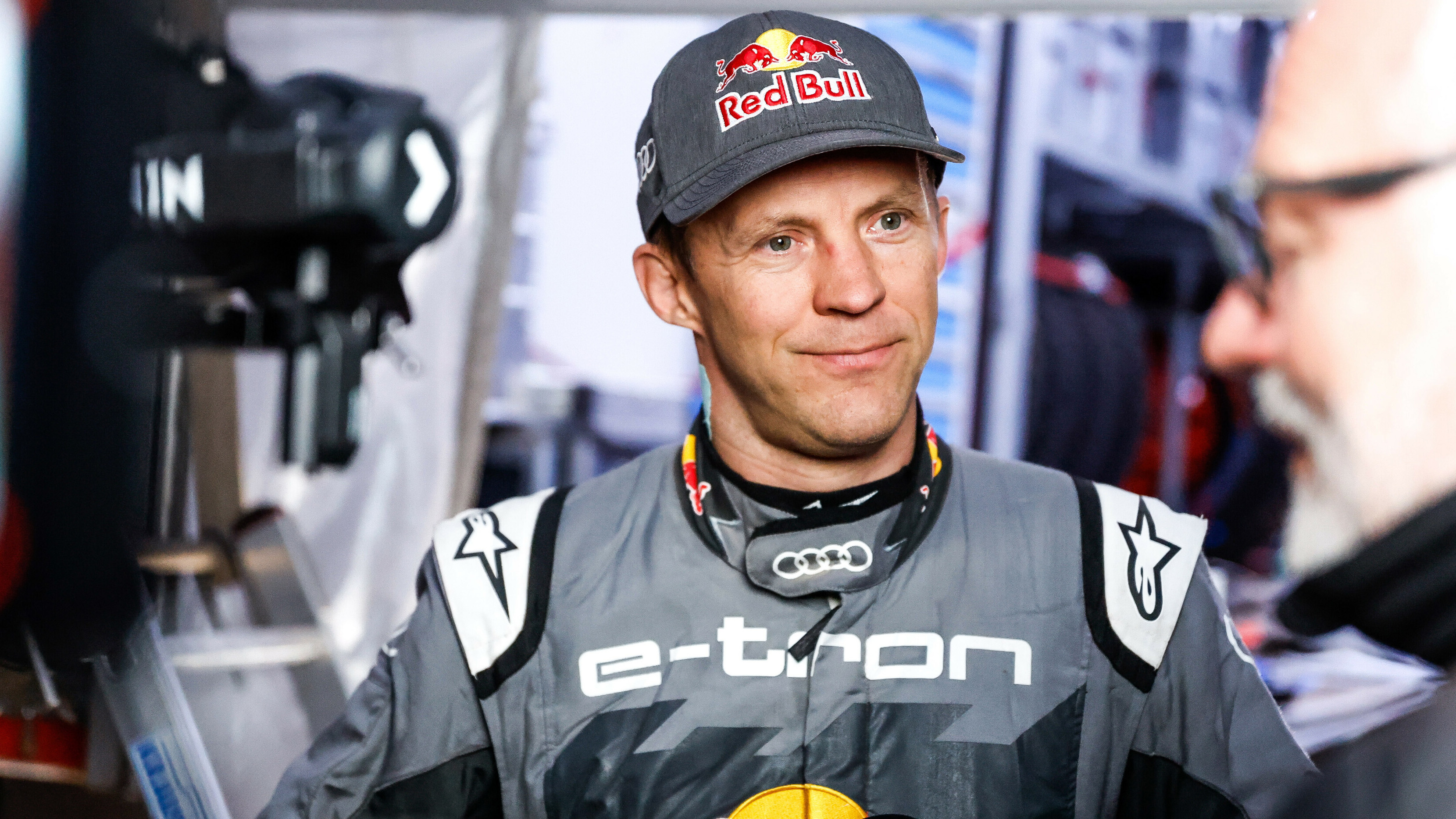 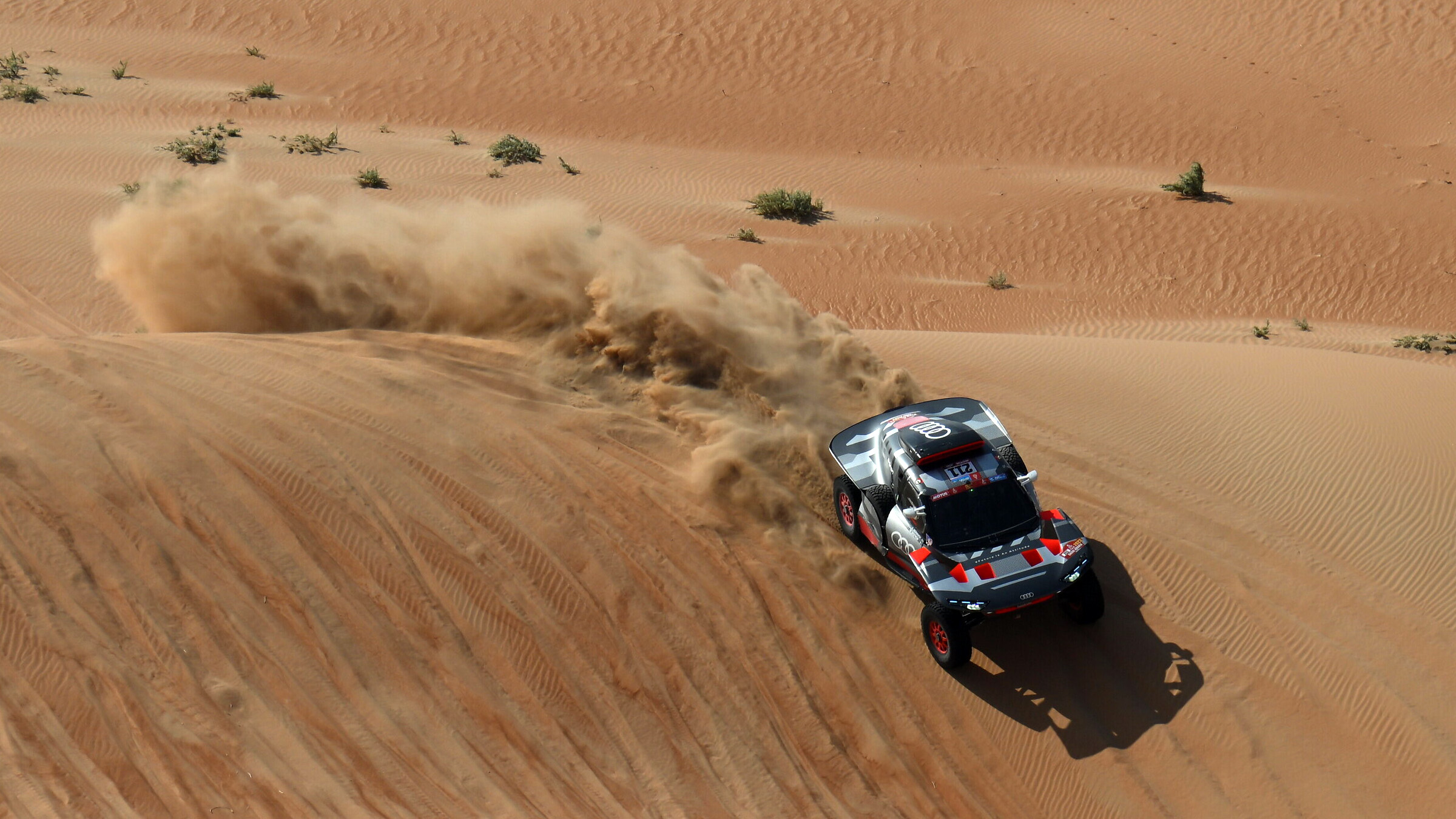 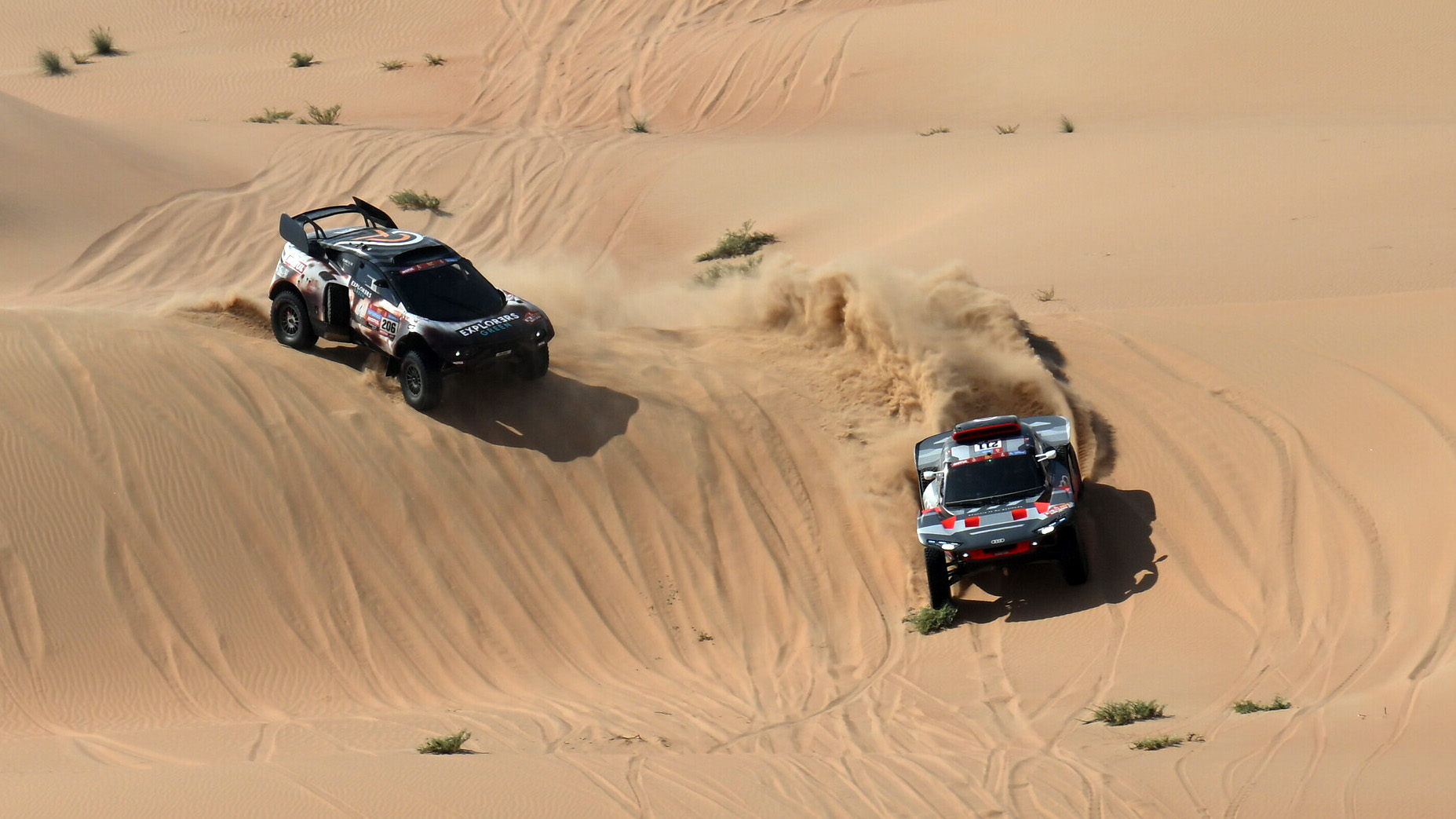 It’s now left to Mattias Ekström to deliver Audi a finish in the 2023 Dakar Rally. His is the last RS Q e-tron standing after the brutal desert dunes made themselves known to World Rally legend Carlos Sainz. The Spaniard came a cropper in the sand and has been forced to retire as the second week of the punishing off-road enduro kicked off in Saudi Arabia.

Following a rest day on Monday, the extensive off-road adventure resumed with Stage 9 – a 358km course that moved the entire operation from the capital city of Riyadh to the latest bivouac in Haradh. The co-drivers’ route guidance told of rocky tracks and dried up riverbeds lining the opening stint to day 11 before the route, which was peppered with difficult-to-navigate direction changes, opened for faster sections later in the day.

Unfortunately, three-time Dakar winner Sainz would only get to discover the first six kilometres. The third challenger to hit the course, a stage win was on the cards. However, after getting some air over a blind crest, the front axle of his electrified RS Q e-tron dug in upon landing to pitch him into a flip. The race car came to a rest on its roof.

Sainz was initially airlifted to hospital, but, mid-flight, told the chopper to return to the car and his compatriot Lucas Cruz in order to bring the car home. The RS Q e-tron was eventually returned to the overnight camp where it was fully inspected by the engineers. While they were satisfied that the safety structures had performed to their brief, it was decided that the damage was too serious for the duo to continue for the remaining five stages.

“It was a typical accident in the dunes,” explained Sainz. “It was a really big hole. If I was probably two metres to the left or 3km/h slower, it would have been enough to go through. It is with great regret that we have to abandon the Dakar, but the important thing is that nothing serious has happened.”

Head of Audi Motorsport Rolf Michl added: “It was another heavy impact. I’ve met both drivers. They are fit… everything is safe. The main thing is that all the safety concepts worked very well. As sorry as we are, even a team as tireless as ours cannot repair damage of this dimension on site in time.”

With 14-time Dakar winner Stéphane Peterhansel withdrawing last week, it’s over to Ekström and co-driver Emil Bergkvist to complete the rally for Team Audi Sport. The double DTM champ enjoyed a far better day. He was fourth fastest over the stage, completing the distance in a little over three hours.

Impressively, Ekström would have been even closer to the day’s pacesetter Sébastien Loeb (who finished five minutes up the road) were it not for clipping a rock to pick up a puncture and force a tyre change. Plus, the Swede’s troubles earlier in the event meant starting lower down the order so he had to also manage overtaking slower cars.

“We drove our rhythm; it felt decent,” was the verdict from Ekström, who climbed 12 places in the overall order on Tuesday alone. “Towards the end, I made a mistake by myself and hit a stone and got a puncture. But, in the end, to finish P4 is nice after the last stages that were so rough.”

In the context of the Dakar, a shorter Stage 10 is in store as the competitive element stretches for only 114km before the field graces the famous Empty Quarter. 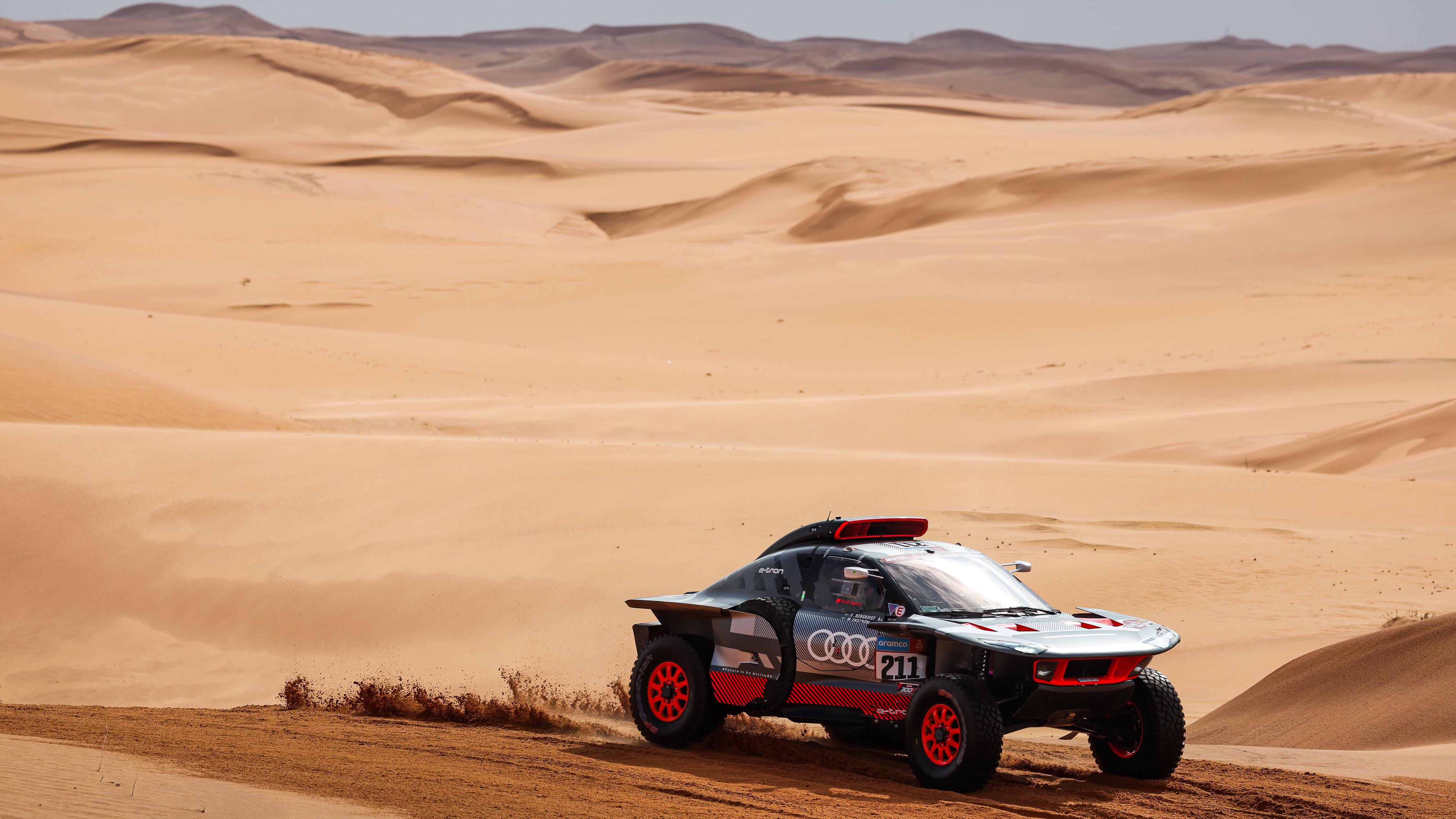 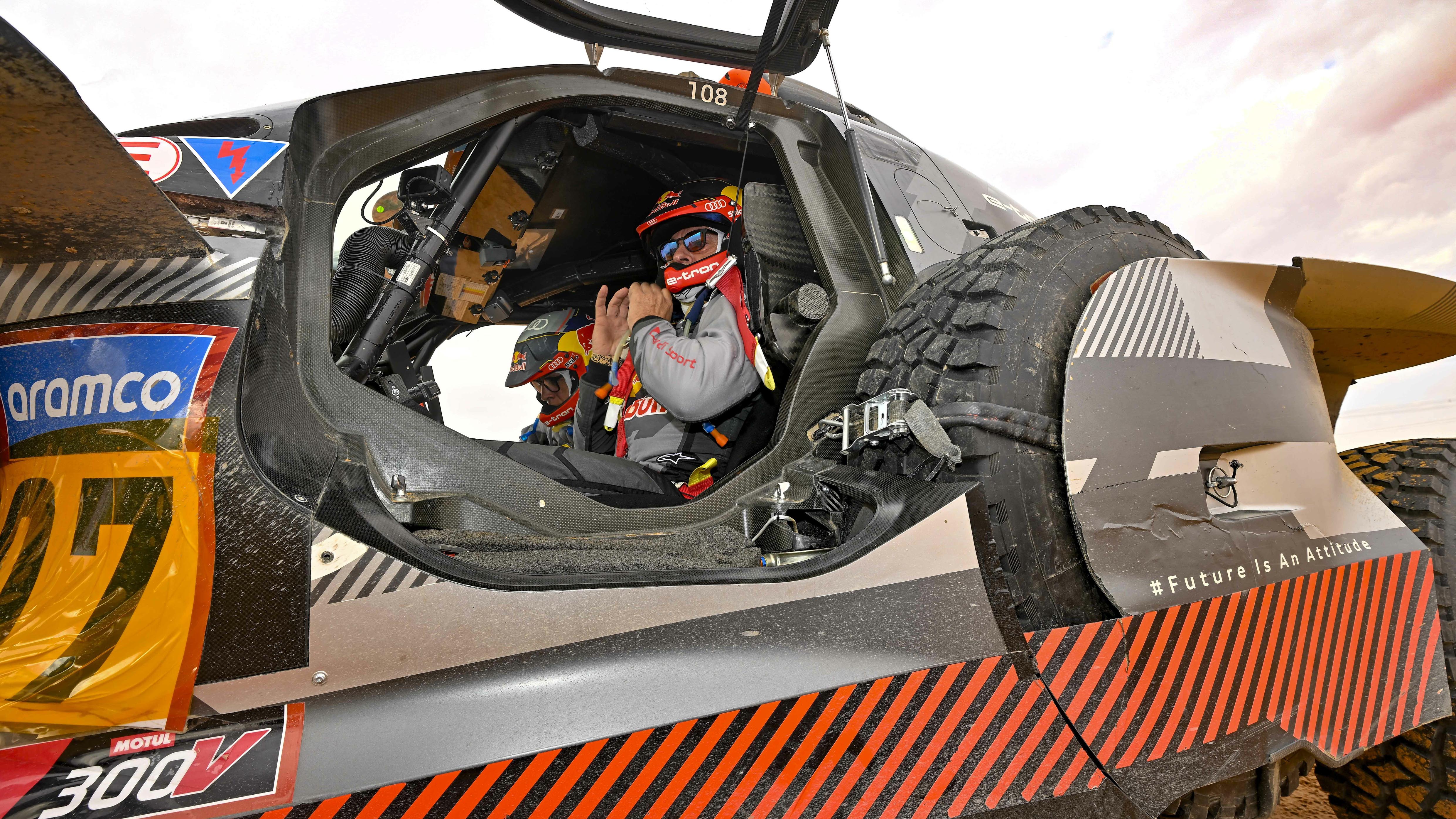 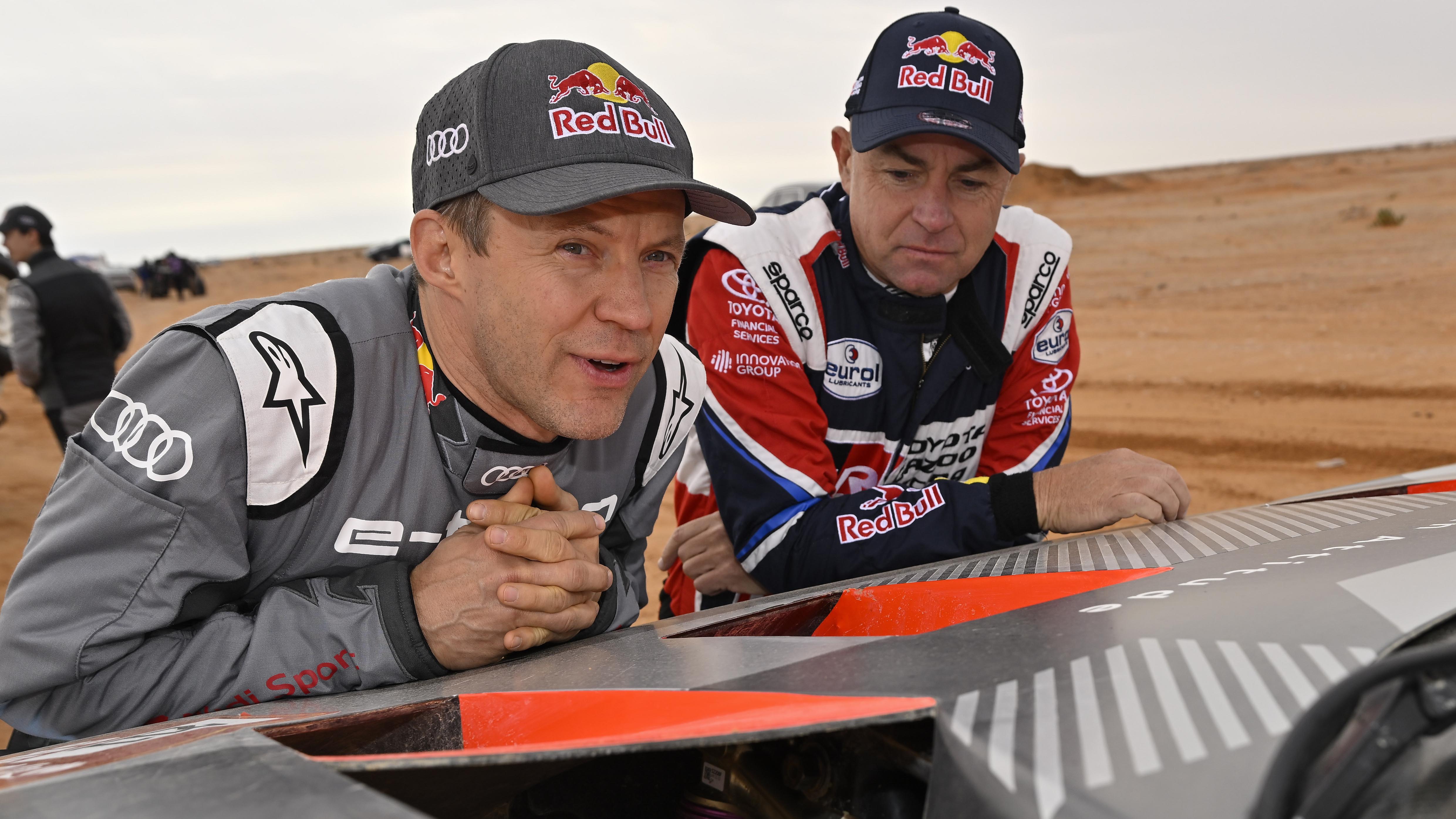