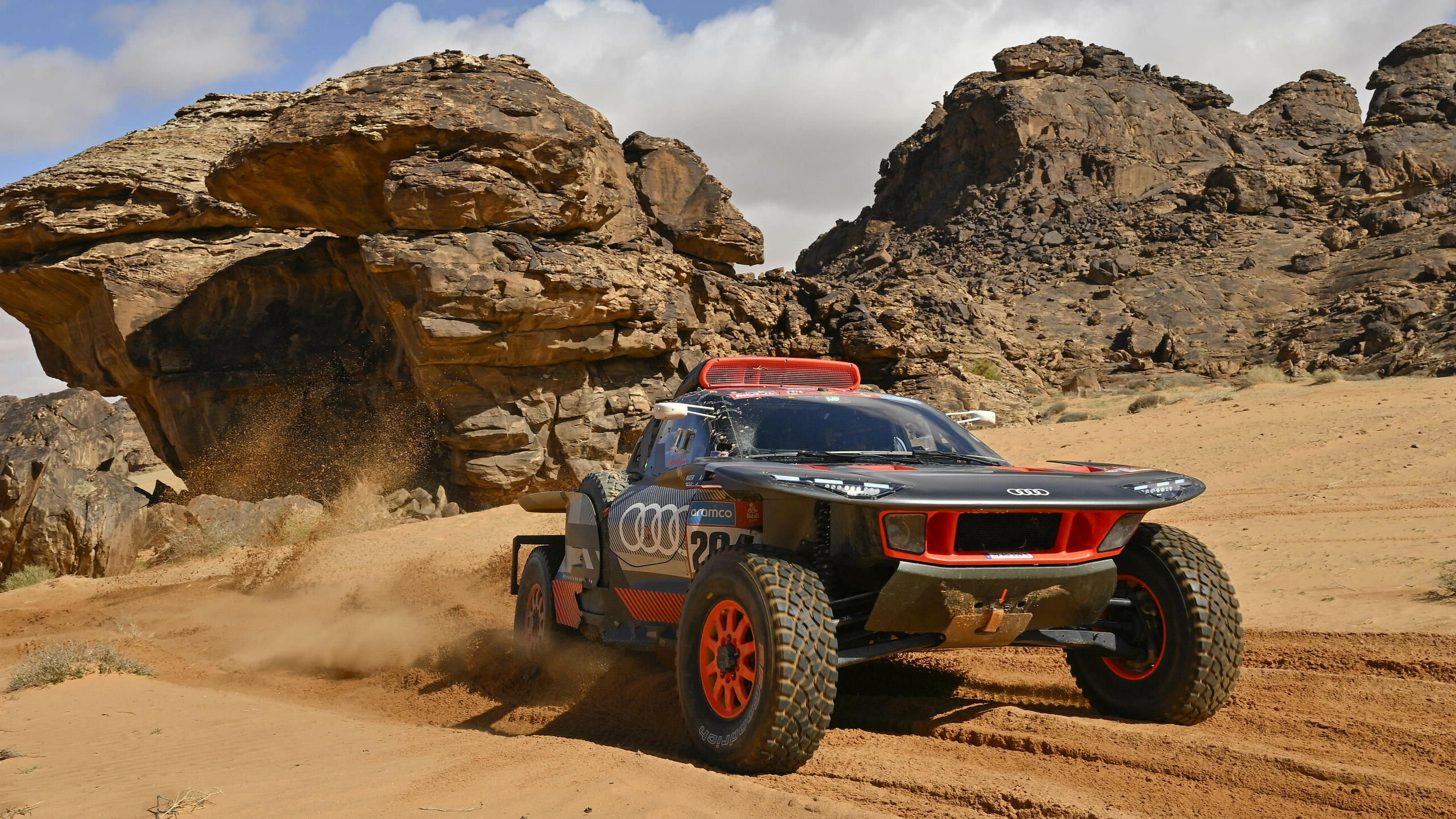 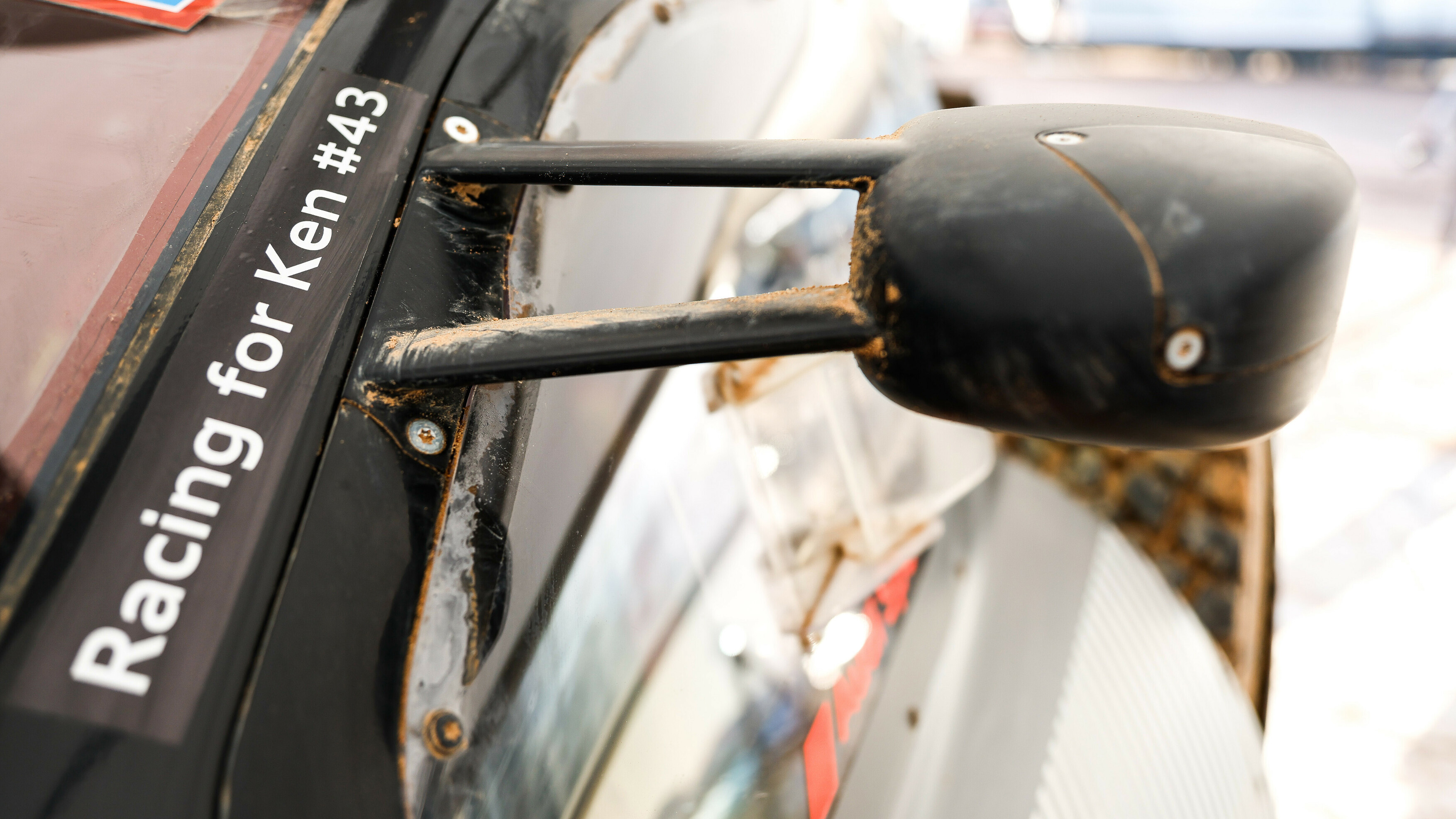 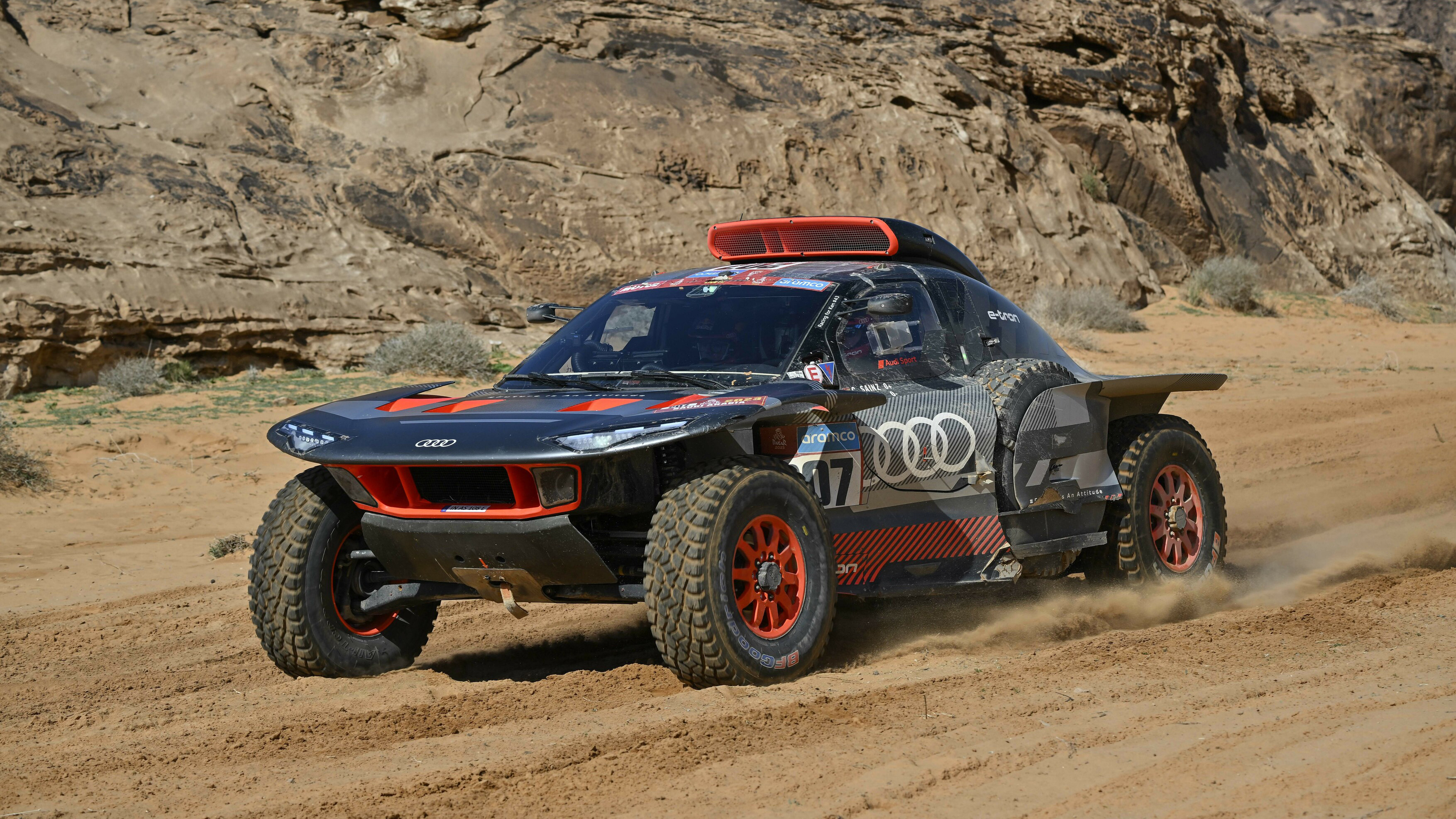 Need proof that the Dakar Rally is a marathon and not a sprint? Look no further than Audi’s own Stéphane Peterhansel. The French rally-raid veteran and co-driver Edouard Boulanger are now well-acquainted with their wheel guns after sustaining no fewer than five punctures across the opening three stages of the 2023 event. But, boosted by a sublime turn of speed on Wednesday, Peterhansel led a double podium over team-mate Carlos Sainz to fire himself into a fine third overall.

The heavy Saudi Arabian rain that brought about a premature end to running the previous day shifted. Still, the 425km Ha’il loop comprising Stage 4 proved demanding thanks to its daunting dunes and higher-speed sections scattered with jumps.

Aboard his electrified RS Q e-tron, Peterhansel was the driver to beat on the sandier terrain and through the camel grass that made up the opening 280km. That meant, for the latter part of the course, he was first to run and had to plot his own path. At least he could somewhat follow the wheel tracks of the earlier bike runners. Later in the day, when the going got rockier towards the end of the four-hours of competitive action, nine-time World Rally champion Sébastien Loeb was able to pip Peterhansel by just 13 seconds. But that means Peterhansel goes out to Stage 5 behind Loeb, a benefit - “the perfect result” his co-pilot Edouard Boulanger said. With this strong result, Mr Dakar now holds a total deficit of 18m52s to leader Nasser Al-Attiyah.

“What was most difficult was to try to keep the same speed all day,” said Peterhansel after a trouble-free showing. “In these conditions, you have a lot of jumps and some impact inside the cockpit so it’s like fighting or boxing! You need to accept that your head will move from right to left. Physically, it’s not easy. But we managed it well. It’s a good result for us. We are really happy to be second today.”

“Some dunes were like climbing a mountain. It was not easy. You had to take maximum speed to go up. Sometimes it was not enough. We decided to push at the beginning of the stage and keep the same speed to the end. It worked!”

Sainz ran to the third-quickest time of the day – 1m37s in arrears of his Team Audi Sport stablemate – including stopping to remedy an early puncture. Despite parking up on Tuesday to repair a broken toe arm and a seized wheel nut, the Spanish rough-stuff legend has now fought back to fourth overall.

Mattias Ekström, meanwhile, lies eighth – the first time all three RS Q e-trons have sat inside the top 10 since the prologue on New Year’s Eve. The Swede’s outing was most notable for a puncture and some difficulty summiting a couple of the higher dunes at a cost of 10 minutes.

“We had, I would say, an OK stage,” was Ekström’s assessment. “No big adventures, just smaller details in the dunes. We turned for one waypoint and I didn’t get up two of the very steep and big dunes. Except for that, we were fine until halfway. We got a puncture again so we were being a bit careful before pushing at the end. Not impressive, not a disaster, just average.”