ADVERTISEMENT FEATURE by Audi
What is an advertisement feature?
Skip 7 photos in the image carousel and continue reading 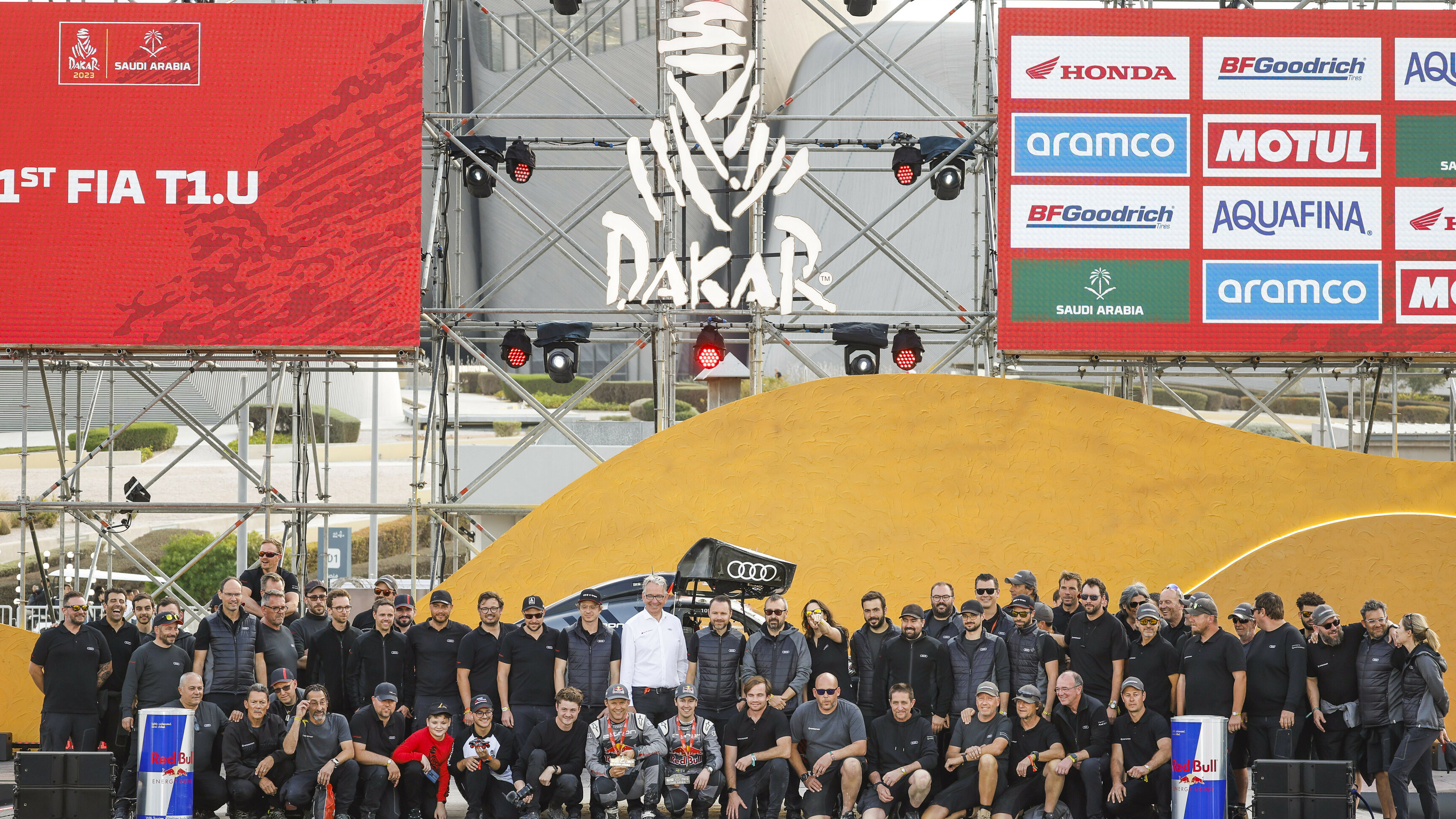 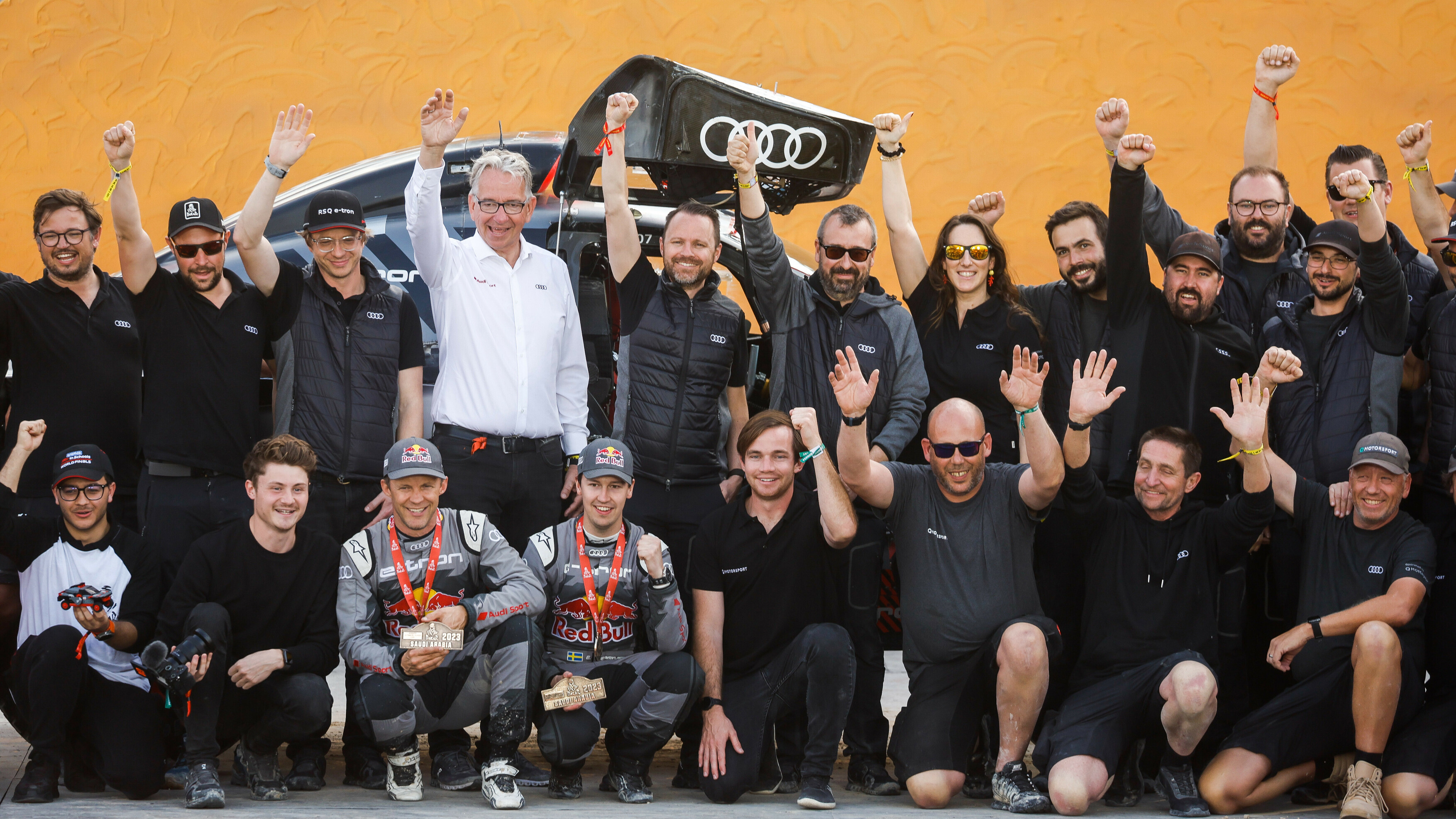 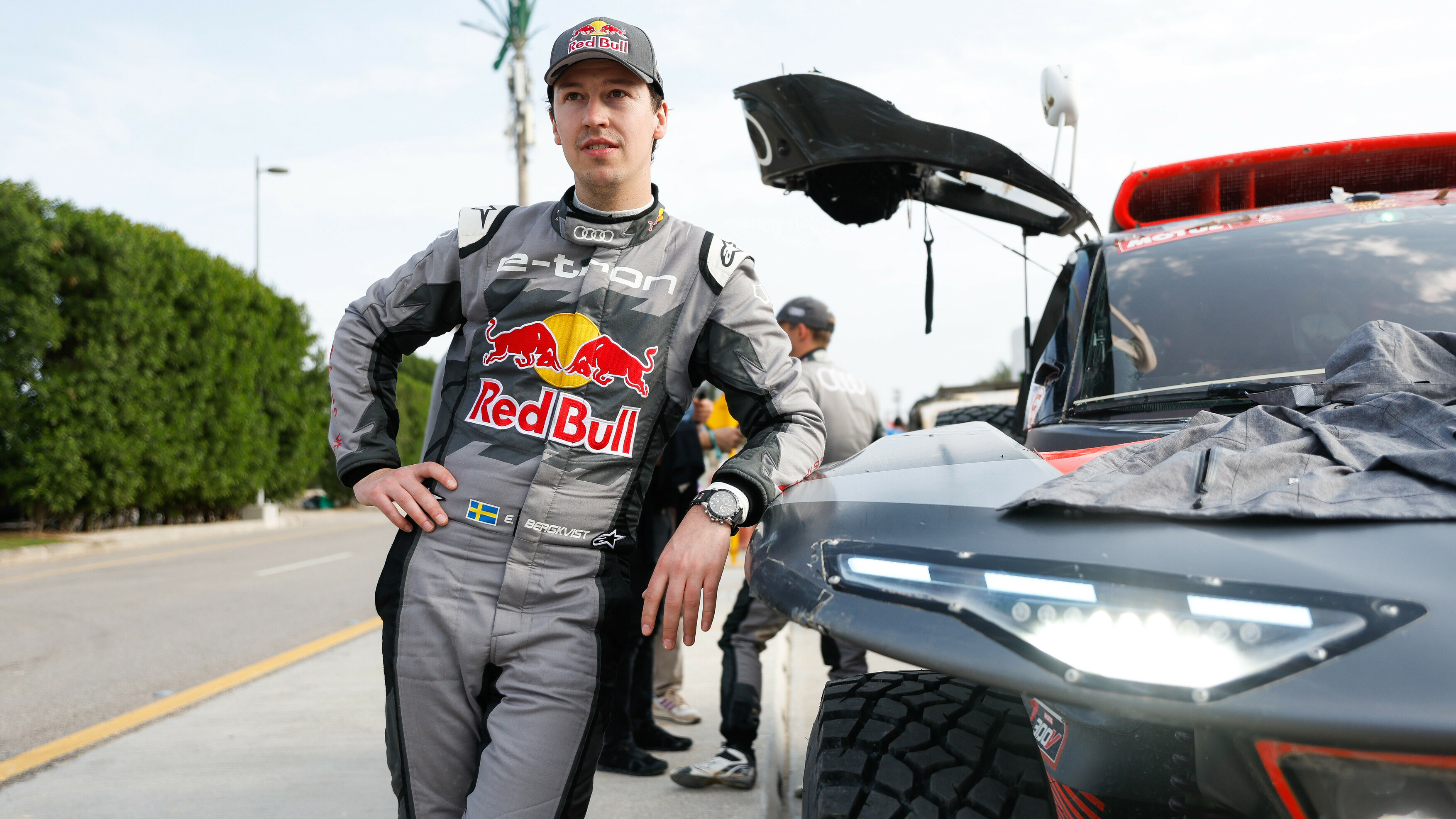 There were high fives all round for Audi. At the end of more than two weeks of arduous competition that added 8895km to the trip computer of its electrified RS Q e-tron, Mattias Ekström and co-driver Emil Bergkvist reached the finish of the 2023 Dakar Rally. They were welcomed by the entire team to celebrate one last stage podium that took their tally to five in a row.

The world‘s iconic Rally Raid event didn’t hold back on its label as ones of the toughest races in  the world this year. But the immensely strong pace shown by its Swedish duo during the second week guaranteed that the Saudi Arabian adventure ended on a high. Having posted the second-fastest time on the 14th and final stage on Sunday, yet another four places were recovered in the overall order to promote the #211 entry up to 14th in the final classification.

A 136km competitive element to day 16 was never expected to favour Ekström. Granted, he’d left the dunes behind for the dash from Al-Hofuf to the chequered flag at Dammam. That meant he could put his experience of muddier and flatter terrain to good use on a more traditional Dakar beach stage. But, after the recent run of podium results, the car would be third out onto the course. With the waves lapping at the shoreline on the Arabian Gulf, there were no lines in the sand for Ekström to use as a natural route guide.

In-form Sébastien Loeb was first onto the stage and set the sixth-fastest time in deference to the tricky-to-navigate conditions. Yet, after a little over an hour on the timed route, Ekström was a full three minutes faster than the World Rally legend to finish as the day’s runner-up. He was just 96 seconds behind Guerlain Chicherit, who was ninth to start. That result took Audi’s 2023 event total to 14 stage podiums and a prologue and Stage win from the 15 days of running.

“It was very muddy and very difficult to see the lines because we ran very early on,” said Ekström. “The nature wasn’t really friendly: seeing the lines, the camel grass was rough when we came, there were a lot of waypoints. I think we did a good job. We tried everything to win the stage but then the advantage for the guys that came later was a bit too big.”

“I think, for the moment, we are happy that it’s over. After the rest day, we had a good rally. We will go home, think, analyse, make a new plan, and come and try again in a year’s time.”

The odyssey from the west to the east of Saudi Arabia concluded with the Team Audi Sport entry notching a top-four finish in all of the final six stages. So, you’d think it would be about time for a rest. Certainly, after dealing with numerous punctures, floods, and crash repairs, the mechanics have earned their annual leave. But Bergkvist reckoned he had plenty left in the tank.

“It was difficult to open the road when there were no lines and a lot of mud,” said the co-driver. “I think we can be happy with the second week. I think we are capable of more. If you asked me to go for one more week then I would for sure go. But we are happy to finish, to bring the car home.”