Carlos Sainz has won the opening stage of the Dakar Rally 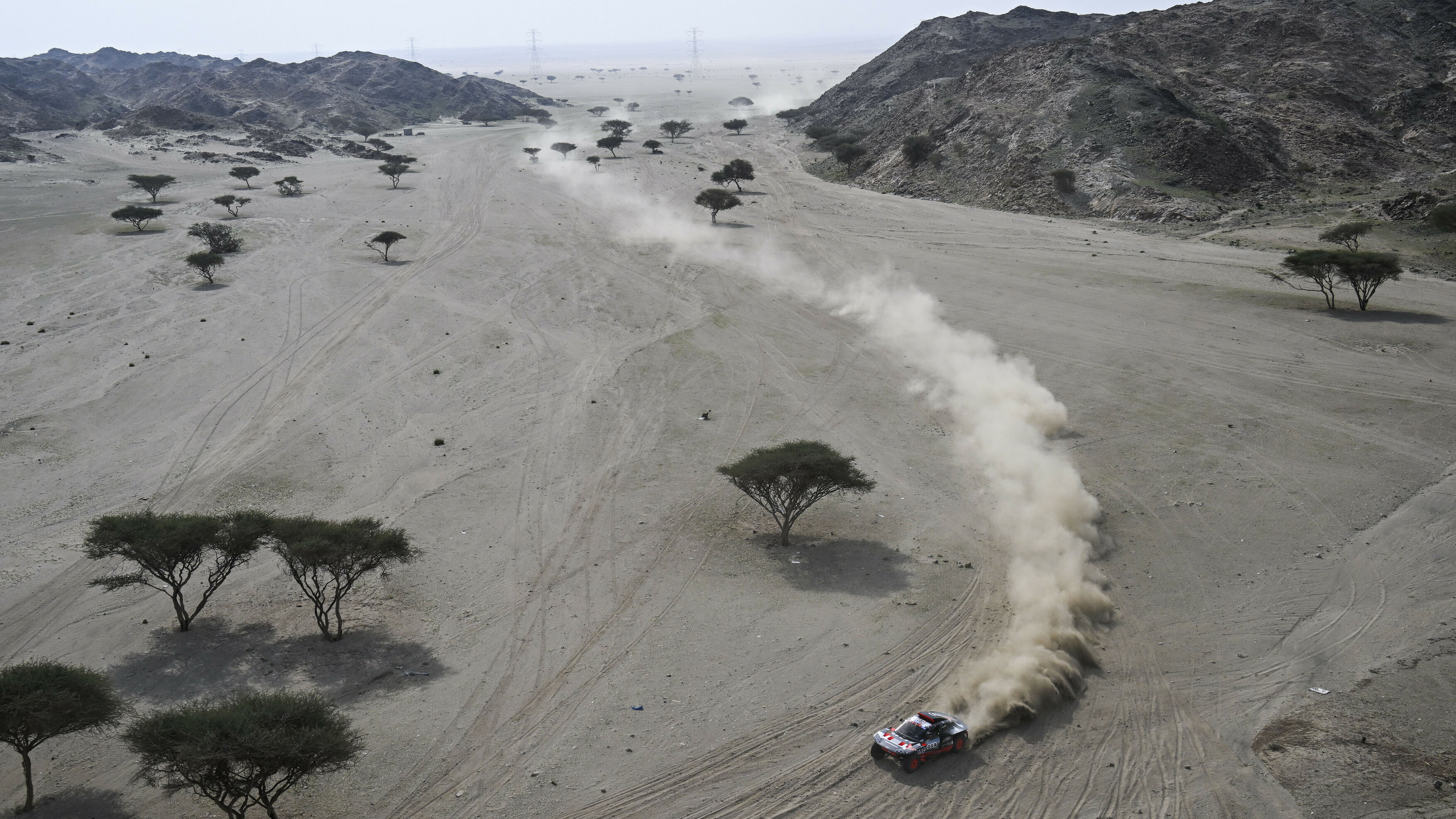 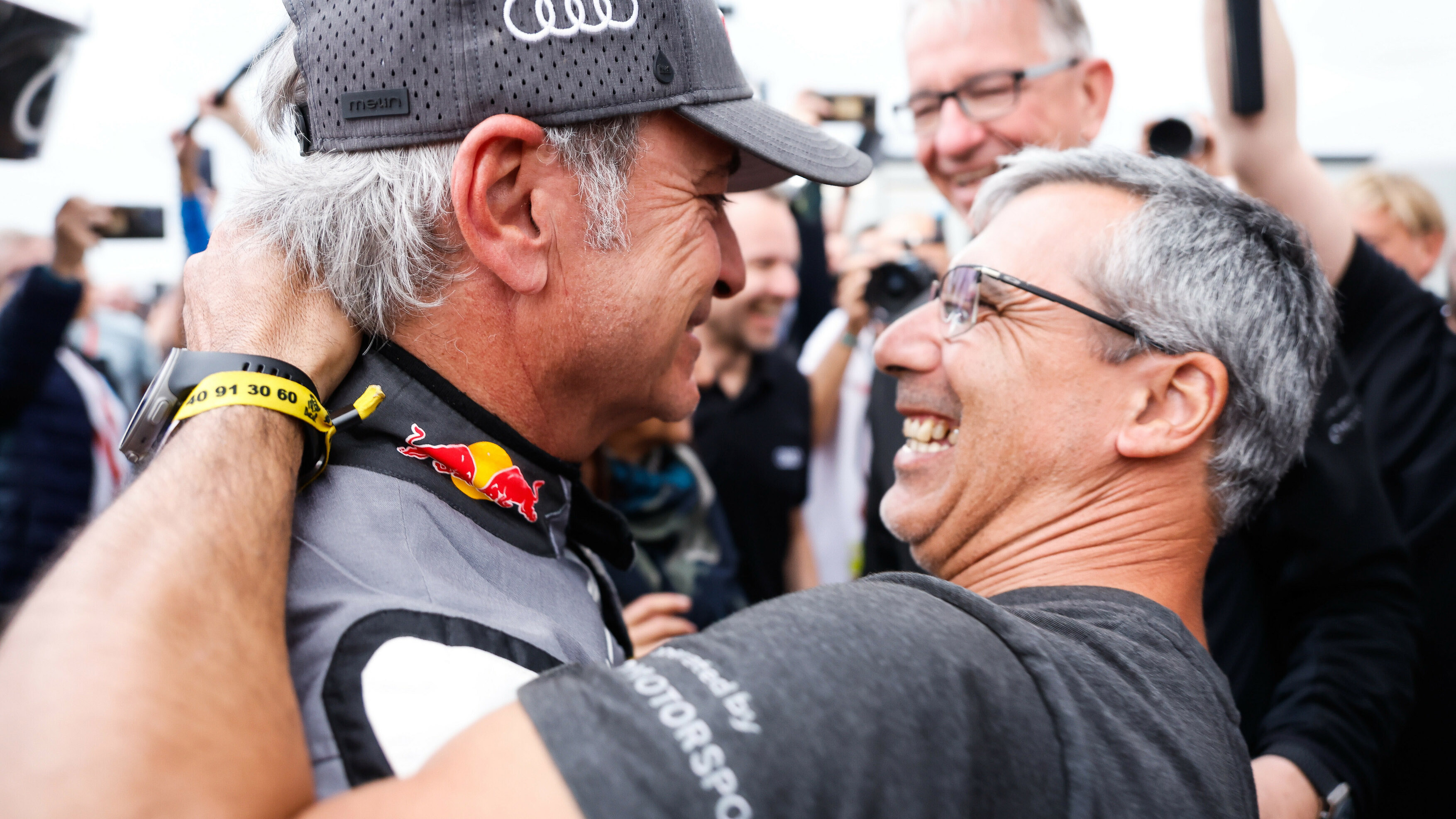 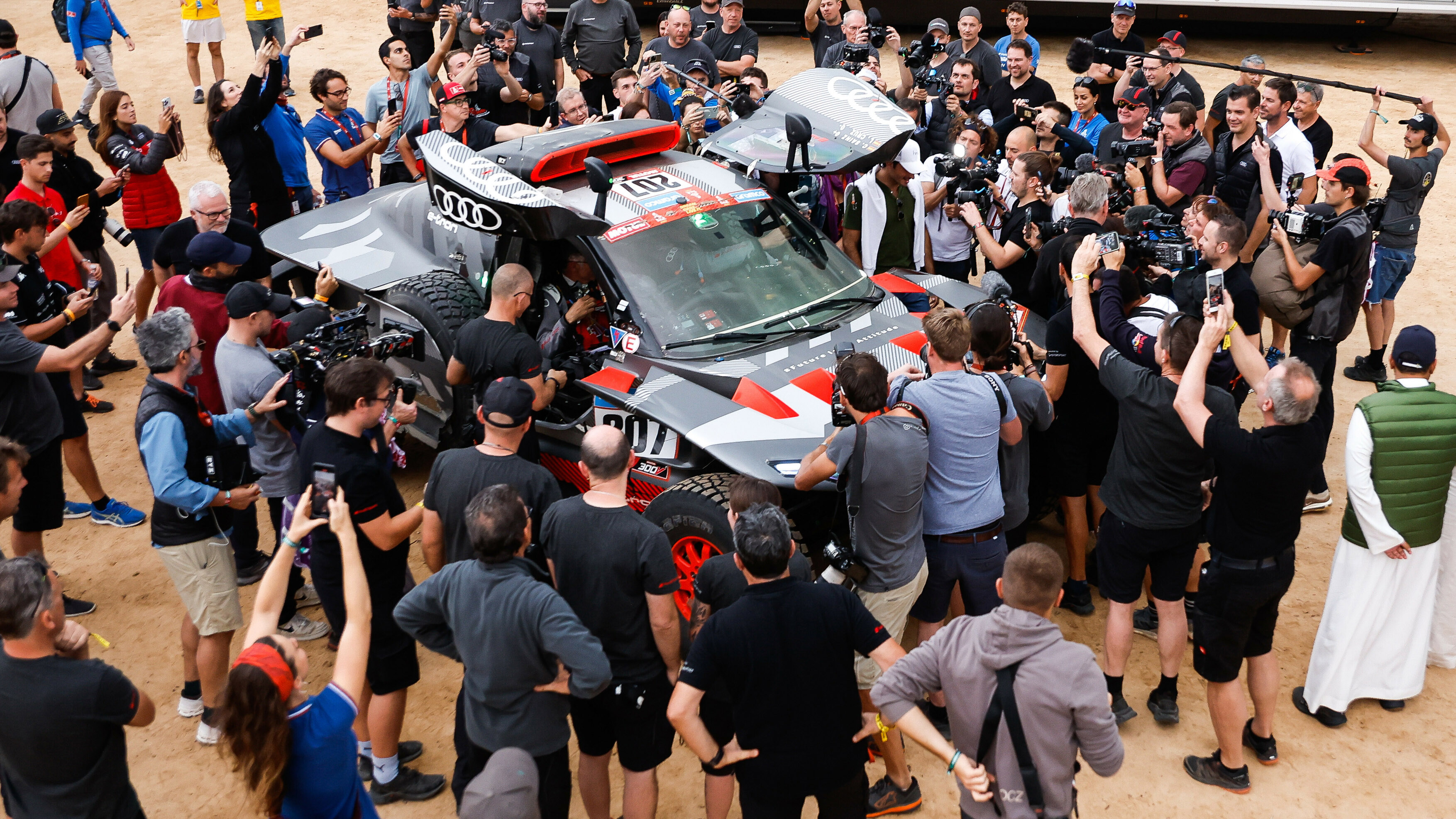 Carlos Sainz has won the opening stage of the 2023 Dakar Rally for Audi. That’s right, when many consider a productive New Year’s Day to be lobbing all the empty bottles from the night before into a wheelie bin, Carlos Sainz, the 60-year-old rough-stuff supremo was busy mastering 367 gruelling kilometres of off-road terrain aboard his innovative RS Q e-tron.

Far from being content with four stage victories upon the car’s Dakar debut in 2022, Audi has publicly set its sights on an overall podium this time around. To get there, it has returned to Saudi Arabia with a lighter and more aerodynamic evolution of its electrified desert racer.

Initially, it was double DTM champion Mattias Ekström putting the complex drivetrain package to best use. The Swede held overnight bragging rights, having won the Prologue event on New Year’s Eve. After the ceremonial start, this 13km time trial determined the starting order, as the top 10 finishers got the chance to pick their preferred starting positions.

See, unlike other forms of motorsport, in Rally Raid being first isn't the favoured option as you don't want to start first. Opening the stage means it's harder to navigate, while being one of the last to leave means there are deep ruts to unsettle the car and a blinding cloud of desert dust in front. So you actually want to start after some people have left.

The first stage of the 2023 race was a loop state from Sea Camp - the first bivouac and temporary base camp to 3,500 crew plus the team service and catering tents until Monday night. There’s even a barbershop, should drivers and riders get desperate and seek a trim to save weight.

Ekström came out flying, leading for the majority of the stage. Team-mate Sainz was only 30th after the first major checkpoint. While he eventually fought back from a puncture to fourth, the double World Rally champion was some two minutes adrift heading into the final stint. But being chased by his F1 driver son in a helicopter, Sainz and co-driver Lucas Cruz completed their shock turnaround. After nearly 3.5 hours of competition, they ended Stage 1 of 14 with a handy 10 second cushion over Sébastien Loeb – who had been Ekström’s nearest challenger for most of the day before Sainz leapfrogged the pair. It marked a 42nd Dakar special stage triumph for four-time event winner Sainz.

Ekström was unseated only after the penultimate timing point as his lead of a minute turned into a 33s deficit. Having clocked his early pace advantage, he then changed tack by backing off a touch – though he later reckoned he’d been too cautious over the final dunes to cross the line in third. To add to the pain, he was then hit with a 15-minute penalty for missing a waypoint to drop to 15th.

Reigning Dakar Rally champion Nasser Al-Attiyah chalked seventh aboard his Toyota Gazoo Racing Hilux, two spots ahead of Stéphane Peterhansel. Audi’s veteran driver who holds the event record with an astonishing 14 overall victories, but was hampered by two punctures and had to slash his speed for the rest of the stage to survive and finish the stage.