After a challenging few days, Audi Sport has asserted its pace once again

ADVERTISEMENT FEATURE by Audi
What is an advertisement feature?
Skip 13 photos in the image carousel and continue reading 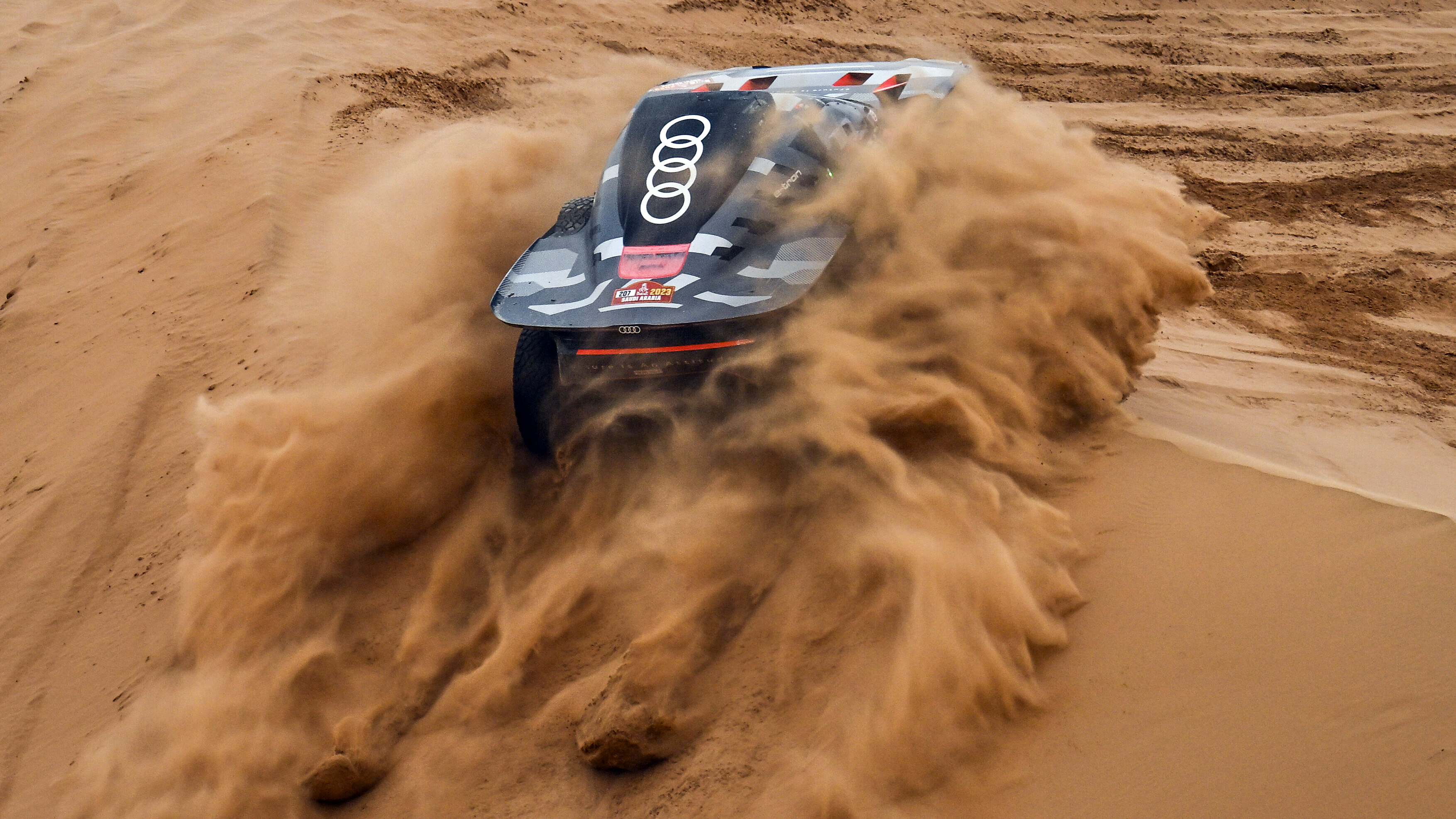 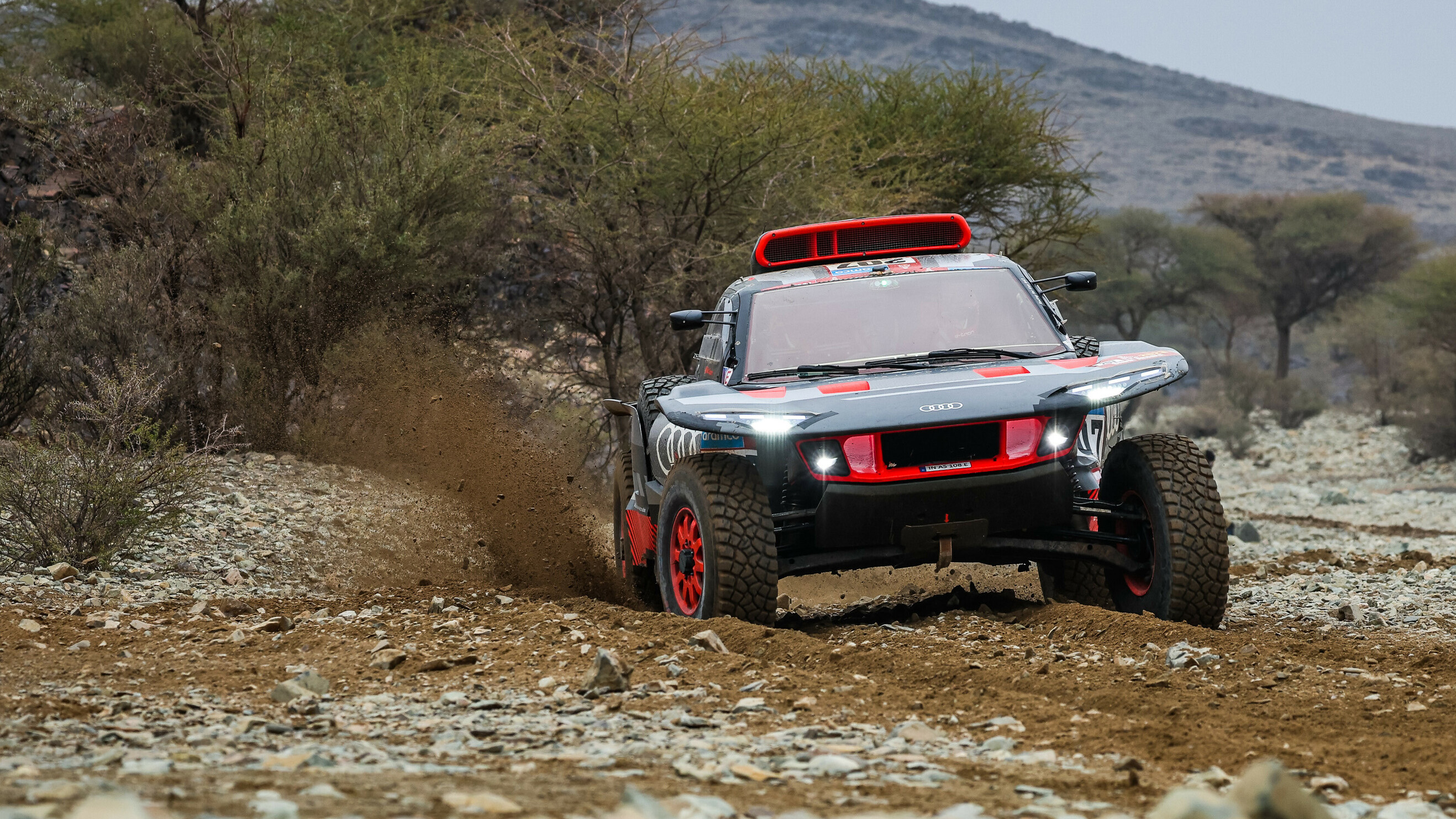 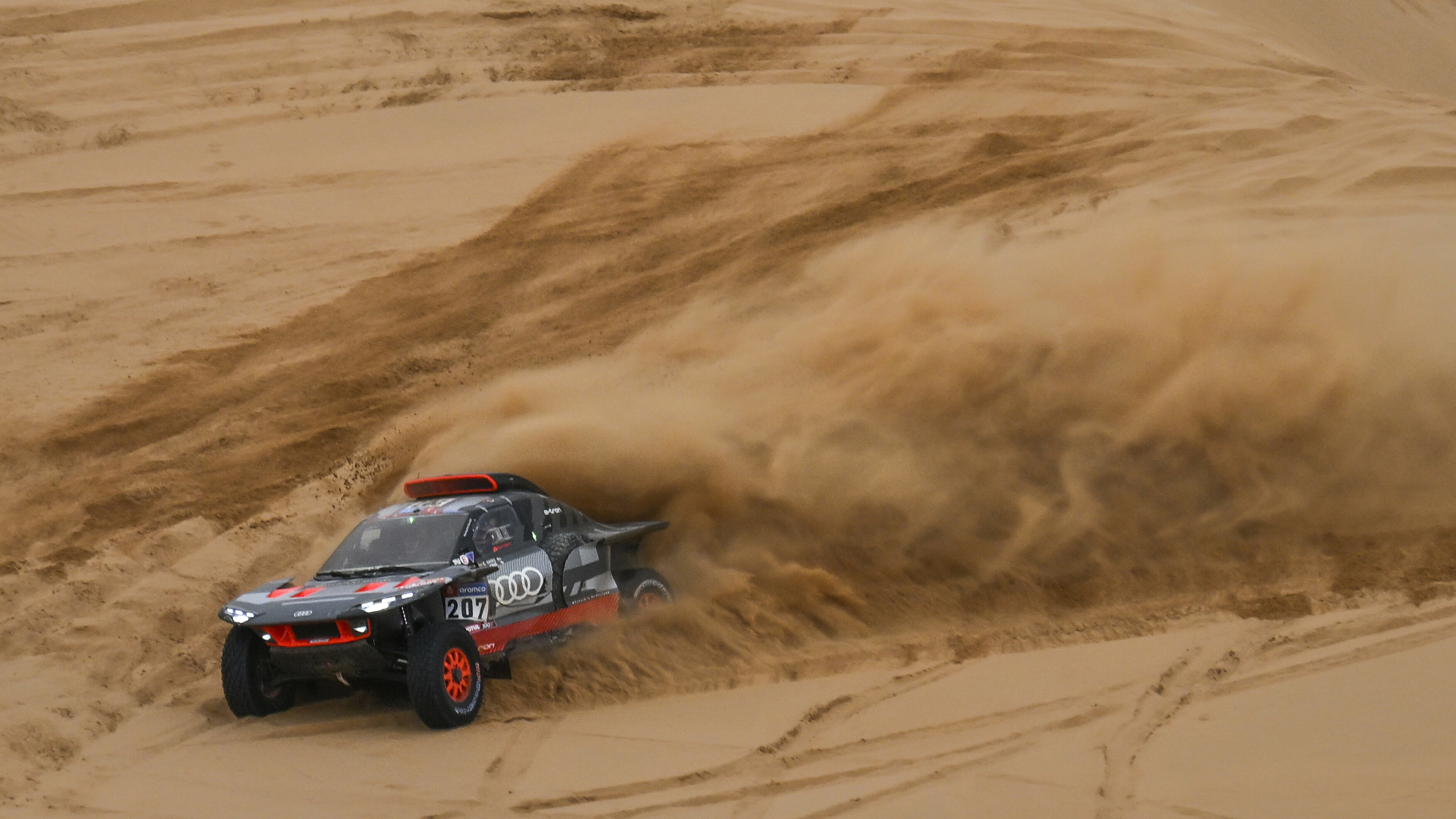 The inherent speed of the electrified Audi RS Q e-tron was reaffirmed as the first half of the 2023 Dakar Rally wrapped up on Sunday. Across a blend of rocky tracks slicing through valleys and the return of fearsome sand dunes, Carlos Sainz was the fastest driver around – even if he missed out on the official stage win – on day nine in Saudi Arabia.

For Stage 8 of this year’s 14, the field embarked on a 345km competitive run from Al Duawadimi back to the nation’s capital city of Riyadh. This concluded a marathon leg tweaked in response to bad weather.

At 60 years old, Sainz might have reasonably been forgiven for feeling the physical toll of more than a week of off-road punishment. Especially following a night camping under the stars. See, as part of the marathon format, drivers and navigators had to ditch plush hotel rooms in favour of pitching a tent – although many opted to do so inside the catering hall at the Al Duwadimi bivouac.

But veteran Sainz remained the shining light. The Spaniard and his compatriot co-driver Lucas Cruz had to wait their time before taking to the course. As a legacy of stopping on stage on Saturday to donate parts and help the cause of Audi team-mate Mattias Ekström, their RS Q e-tron started down in 31st. Ordinarily, that would have meant Sainz picking his way through the sand clouds kicked up by the 30 cars in front to stand any chance of nicking the daily spoils. Fortunately, the rain had settled the stage somewhat by compacting the desert dust.

That enabled him to bolt out of the blocks and record the fastest time through all of the checkpoints to finish in a little over 3.5 hours – some 90 seconds ahead of World Rally legend Sébastien Loeb. However, Sainz would later be handed a five-minute penalty for having exceeded a speed limit, with a temperamental GPS given as one possible cause for the infringement. Nevertheless, penalty included, he walked away with third place to mark a fifth stage podium in just eight days.

“The stage was a good mixture of surfaces,” was Sainz’s verdict. “At the beginning, there were tracks with some stony areas and then some dunes. Obviously, everything was wet. That helped me a lot. Starting from behind, I needed to overtake. That could slow you down a little bit and, with the dust, would have been impossible. So, I’m very happy that the rain came. It makes a difference. We had good speed, a good rhythm. We had a clean stage.”

With 14-time Dakar winner Stéphane Peterhansel forced to withdraw earlier in the week following injuries sustained by co-driver Edouard Boulanger, the Team Audi Sport attack was completed by Mattias Ekström. He and co-driver Emil Bergkvist were required to stop for two hours, though, to address problems in the car's cooling system.

The Monday rest day will provide the entire Audi crew with a chance to analyse their event so far, around conducting media duties, seeking a bit of physiotherapy, and finally fitting in a proper night’s sleep. The second week of the 2023 Dakar Rally will begin on Tuesday with the first of six more stages.