ADVERTISEMENT FEATURE by Audi
What is an advertisement feature?
Skip 13 photos in the image carousel and continue reading 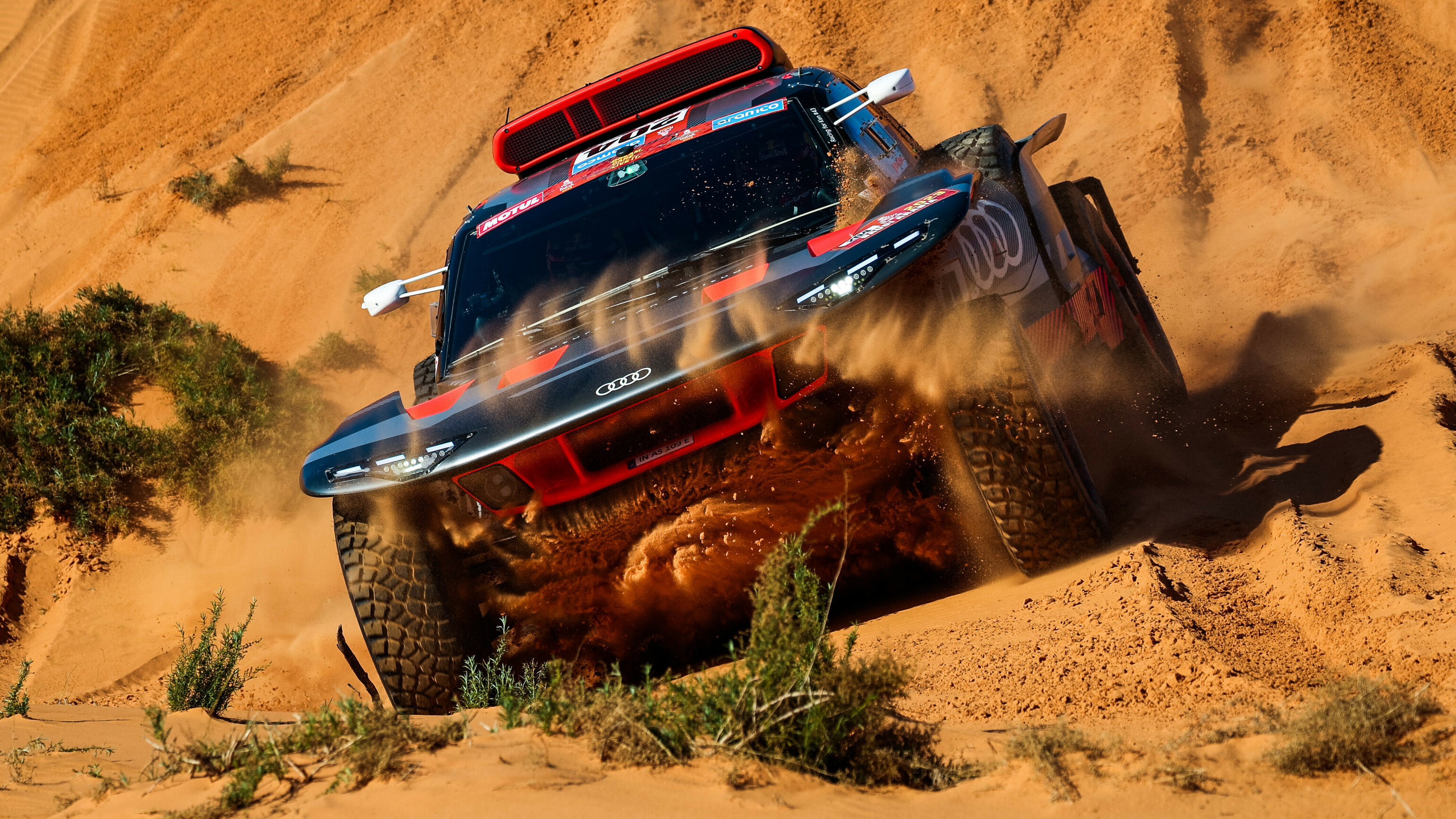 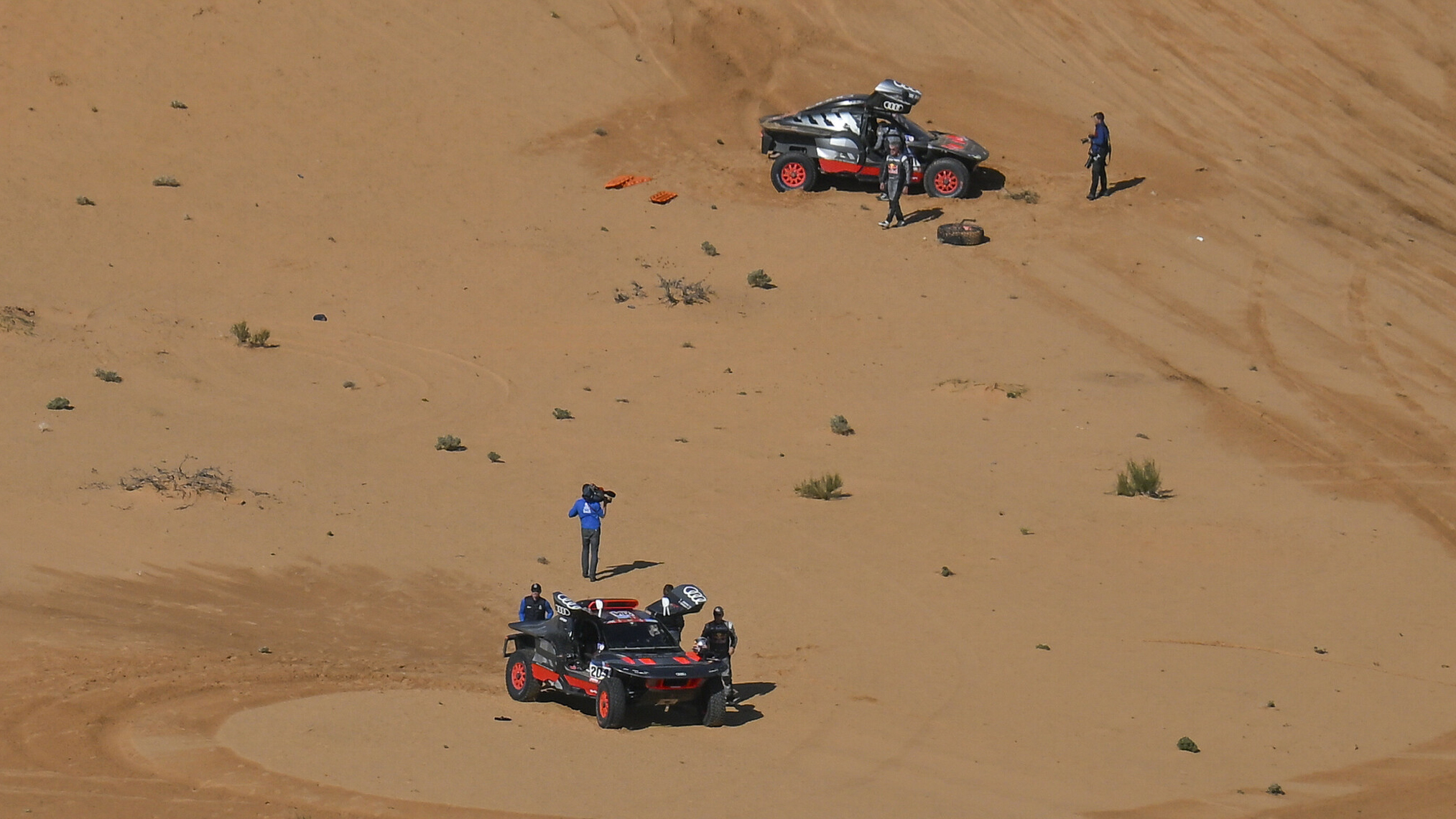 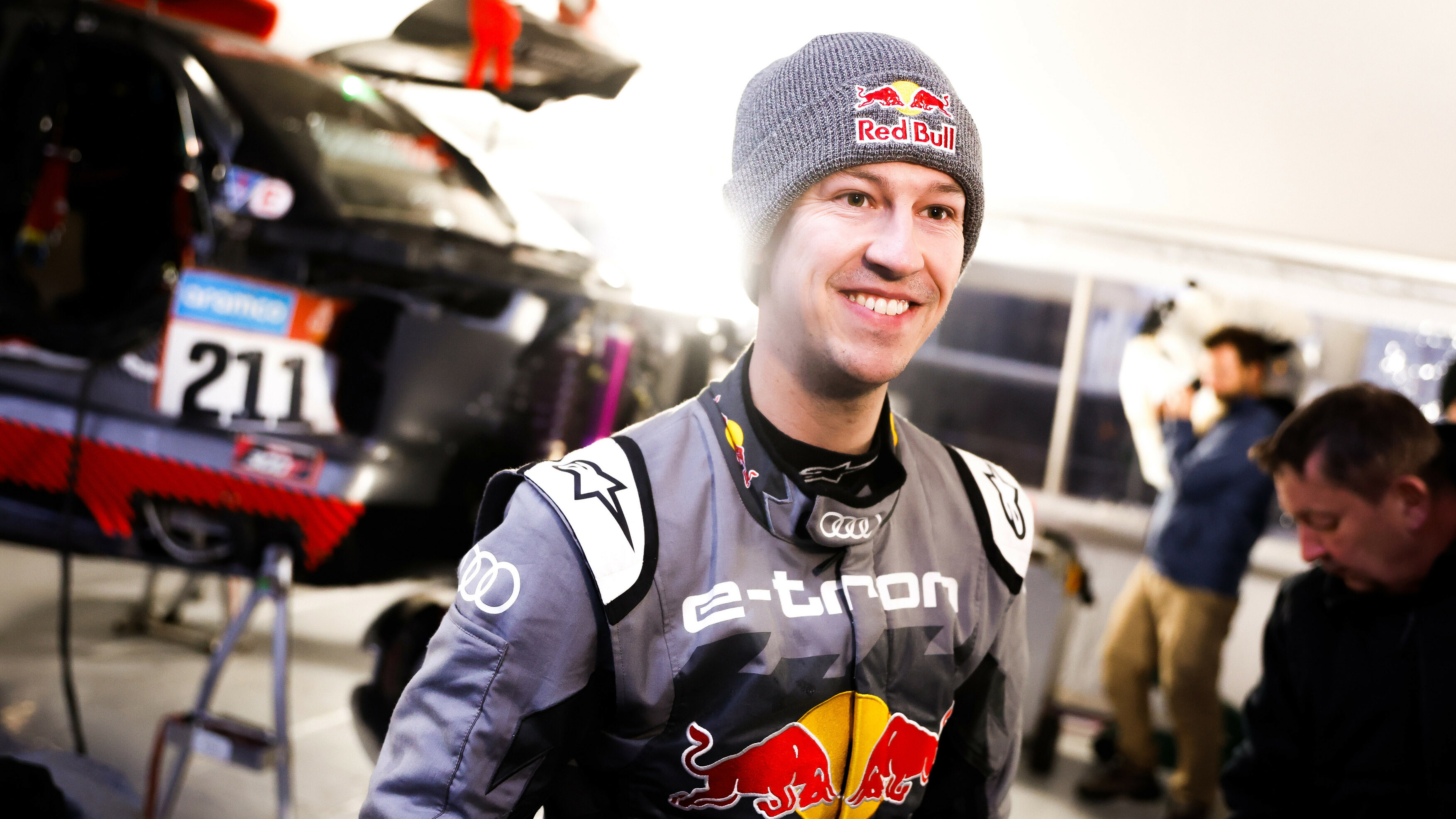 The fearsome and unforgiving nature of the Dakar Rally has truly made itself known to Audi in 2023. Off-road legends Stéphane Peterhansel and Carlos Sainz were knocked out of podium contention on a difficult seventh day to leave Mattias Ekström to front the Ingolstadt attack.

Ahead of a run from Ha’il to the Saudi Arabian capital city of Riyadh, Team Audi Sport woke up with veteran driver Peterhansel sitting second overall while Sainz had climbed to fourth. However, a brace of incidents within moments of one another on a dune during Stage 6 has dashed the duo's hopes.

Peterhansel, who holds the Dakar record with no fewer than 14 victories, was leading the special stage – shortened by 100km owing to flooding – when his electrified RS Q e-tron endured a hard landing off a sizeable dune after 212 of the 357km. While the car came away largely unscathed, co-driver Edouard Boulanger was injured after the impact.

He reported back pain and was duly airlifted to a nearby hospital for further examination and has been subsequently flown back to Germany for further checks. Although Boulanger is conscious, has been in contact with his team-mates and no permanent injury is anticipated, the #204 machine has accordingly been withdrawn from the rest of the event.

While the two incidents were separate, within a matter of metres of each other, Sainz endured his own costly landing. The front-left corner of his RS Q e-tron dug in to leave the suspension severely damaged. He and navigator Lucas Cruz had to wait for the high-voltage assistant to arrive in Audi's race truck as for safety reasons, a high-voltage expert monitored the roadside repairs. A full assessment of the car will take place at the bivouac overnight.

Rolf Michel, Director Audi Sport Racing, said: “Stéphane and Carlos were close. Stéphane was the first one to go there. At this spot, there is a long jump. They landed flat down with a heavy impact. This was the first incident. The second incident, at the same spot, was Carlos. He landed a bit more on the left front. The energy went through the car and the car was heavily damaged."

“We had some smaller [technical] issues similar to yesterday in the beginning of the stage,” reckoned Ekström. “Then we decided to take a conservative approach and just drove the stage from start to end. At one stage, I didn’t feel so confident with the road book. I just felt that it was not my day. Then I drove carefully and maybe not at my best.

The route for Stages 7 and 8 have been tweaked in response to flooding. As such, Saturday’s course – a blend of sand and pebbles – will now run for 333km and stretches from Riyadh to Al Duwadimi. And even after major setbacks, Audi is still fighting for a podium and on a mission. So stay tuned for more.