“One of the most physical stages I've ever done” 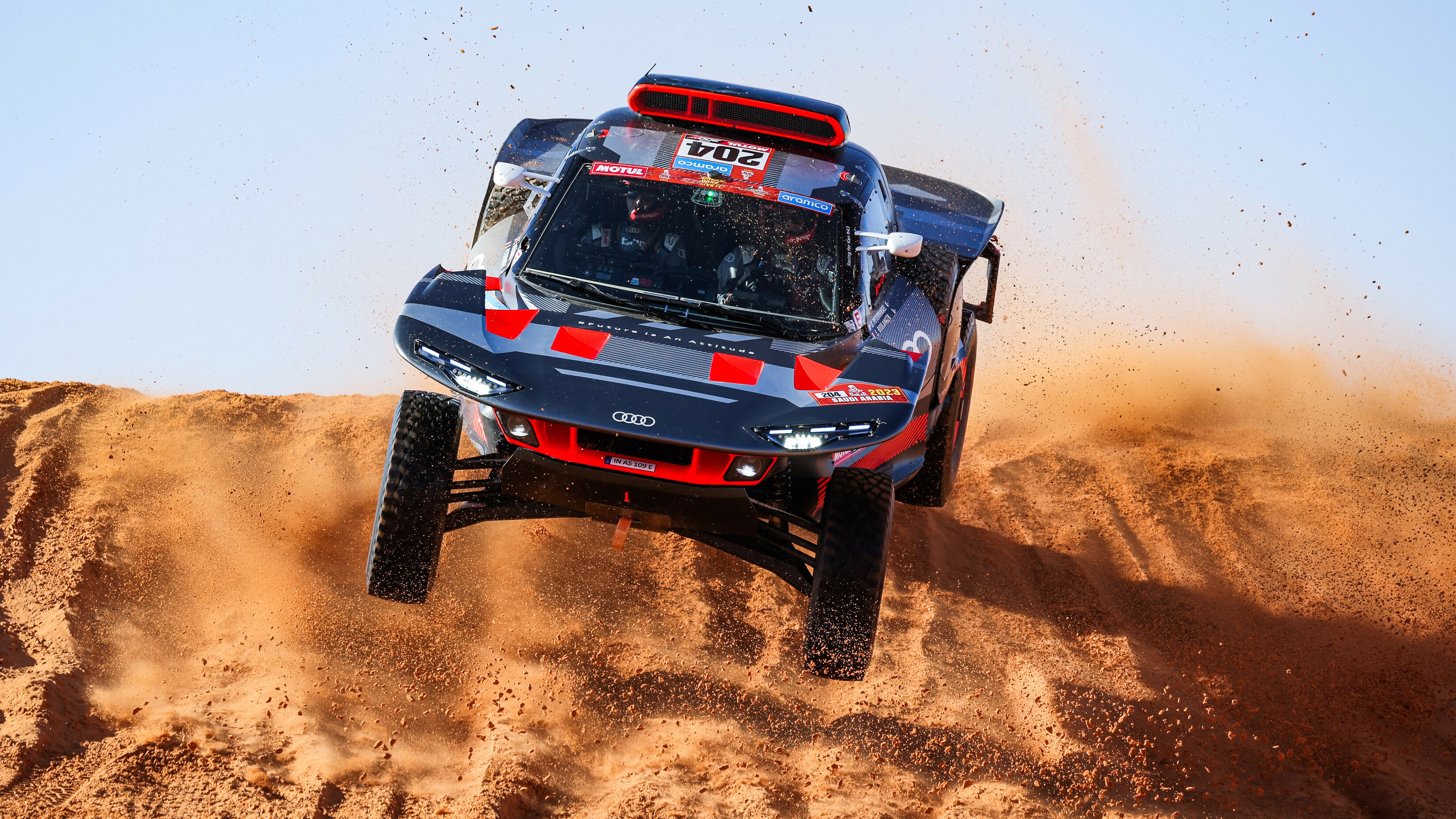 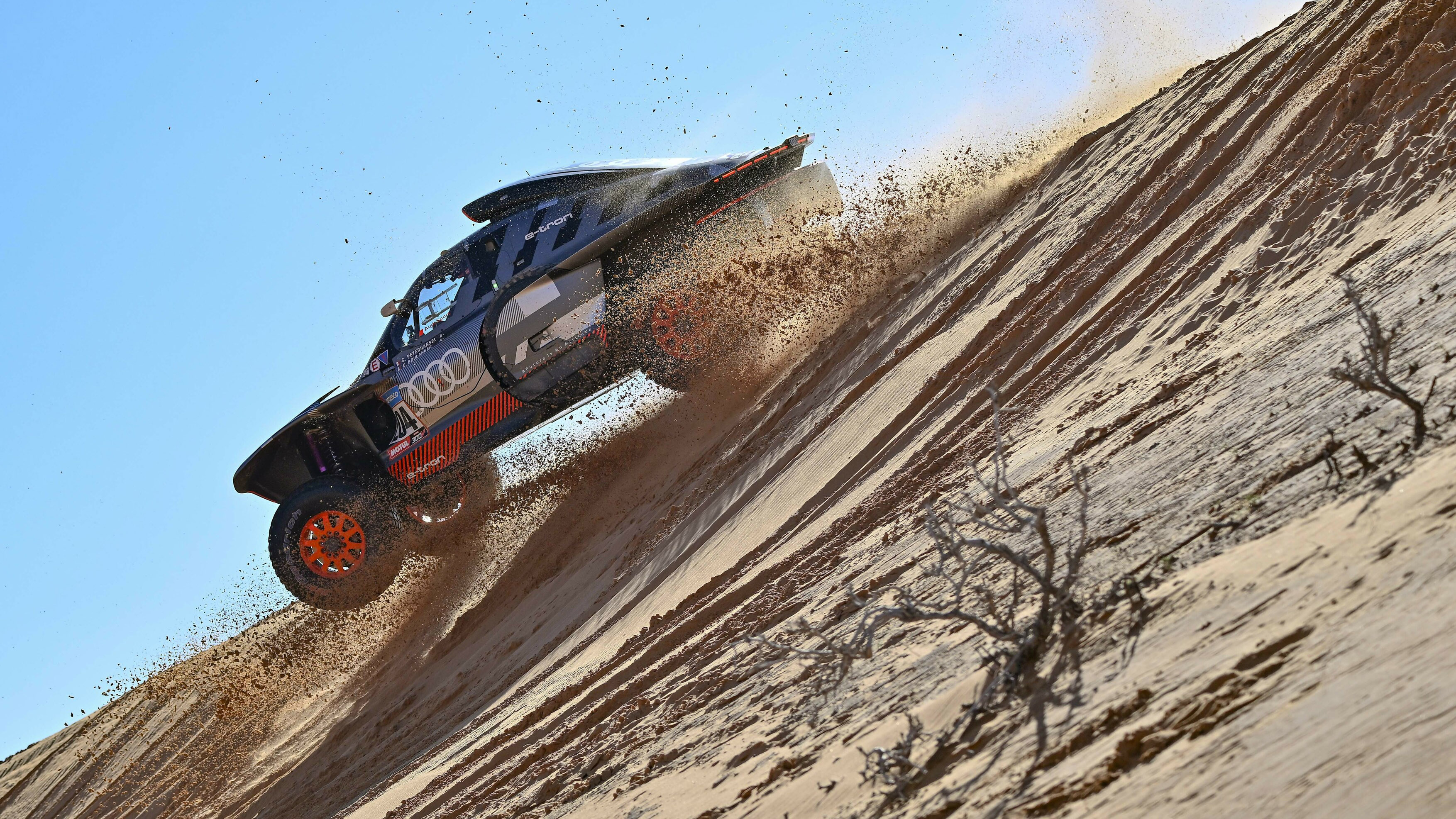 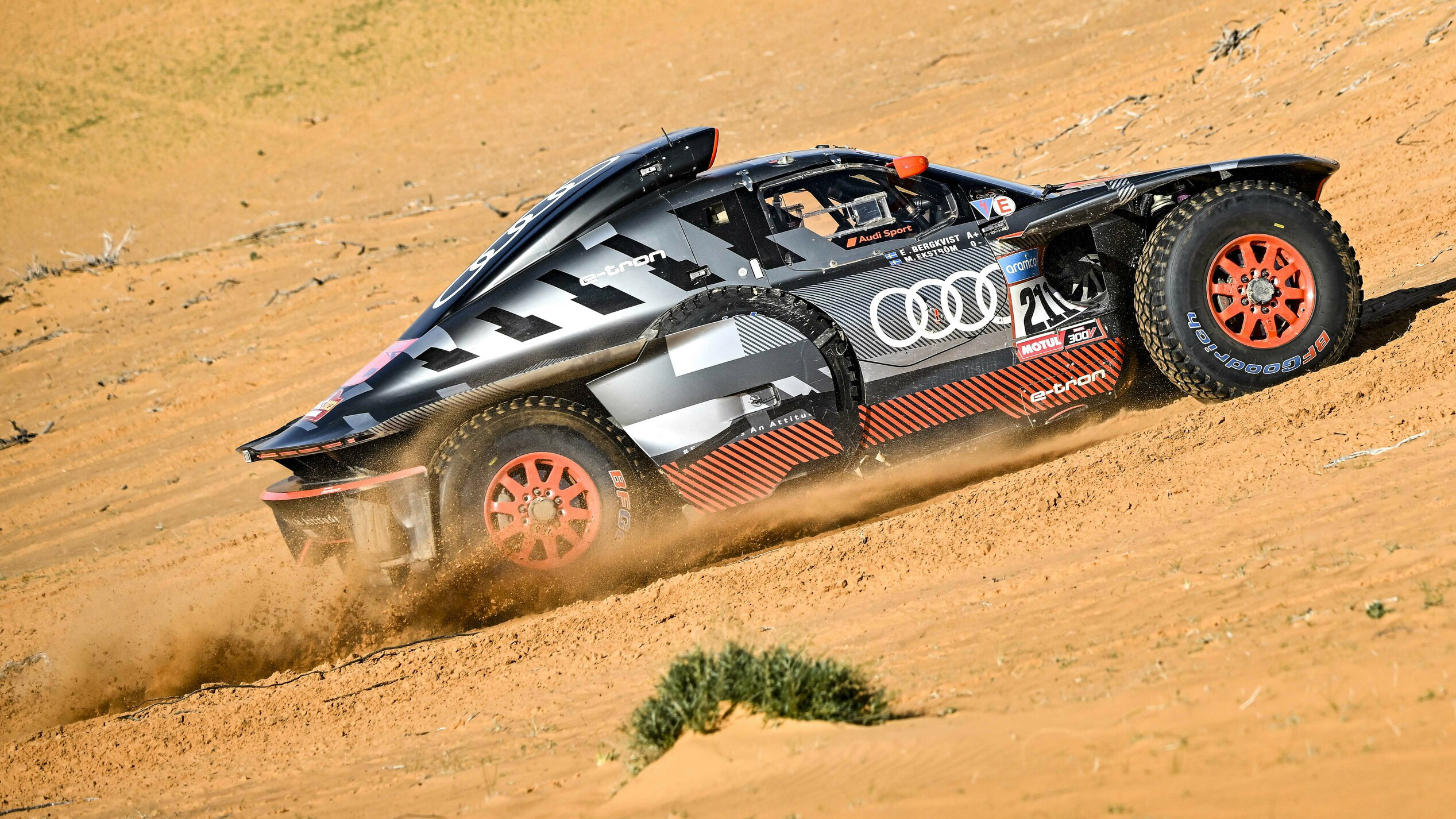 It’s for good reason that Audi’s Stéphane Peterhansel is affectionately known as ‘Mr Dakar’. Incredibly, he’s only missed one running of this world-famous off-road enduro since 1988, has entered it both on bikes and in cars and counts a record 14 outright victories. So, when he describes a stage as one of the most physical ever known, you take note.

The French ace deployed his vast experience to full effect on Thursday in Saudi Arabia as he brushed off the constant compressions to complete a double podium on day six of the 2023 event behind team-mate Carlos Sainz. That third place at the end of 375km of sandy terrain – compacted by heavy rain earlier in the week – camel grass and dunes promotes Peterhansel to second overall.

This year’s Dakar has already thrown tyre-slashing stones, narrow mountain passes and extreme weather at the drivers. Stage 5, though, had the navigators earning their crust as the open expanses of the loop to the Ha’il bivouac made sticking to the route no mean feat during a tightly fought contest.

Double World Rally champion Sainz and co-driver Lucas Cruz led a second podium double in as many days for Team Audi Sport. Under two minutes behind stage winner and overall leader Nasser Al-Attiyah, the Spaniard fired himself back to fourth overall to help offset car repairs required on Tuesday.

After well over four hours of competitive driving aboard his electrified RS Q e-tron, Sainz reckoned: “It was a very demanding stage with some especially tricky compressions. It was very fast, very physical. It was tough and very hard for the body. We had a big couple of impacts. Even with that, I pushed really hard through the second part of the stage, and we were really going very fast.

“Unluckily, I couldn’t climb one of the bigger hills and lost probably half a minute before the final 20kms. That was a pity. This is the way it is. We are happy. We are still in the race and getting closer to third now. We need to keep pushing.”

Remarkably, despite the vast distances, early leader Peterhansel was only 107 seconds behind Sainz in third as his RS Q e-tron brushed off the punishing landings.

“We were getting a lot of impact inside the cockpit today, especially with the neck and back. It was a fight from the morning to the end of the stage. Physically, it was really demanding for us and also for the car. One of the most physical stages that I have done in a long, long time,” the 57-year-old veteran said.

Mattias Ekström endured a more frustrating outing. His strong pace was masked by pulling up for repairs. He and co-driver Emil Bergkvist were standstill for over 45 minutes during the final 100km to record the 23rd fastest stage time. However, the double DTM champion still holds eighth in the general ranking.

Stage 6 will deviate from the originally planned route due to bad weather hitting the Al Duwadimi base camp. All told, 100km has been lopped off the timed course to bring the competitive element to 381km. The field will now reconvene in Riyadh.