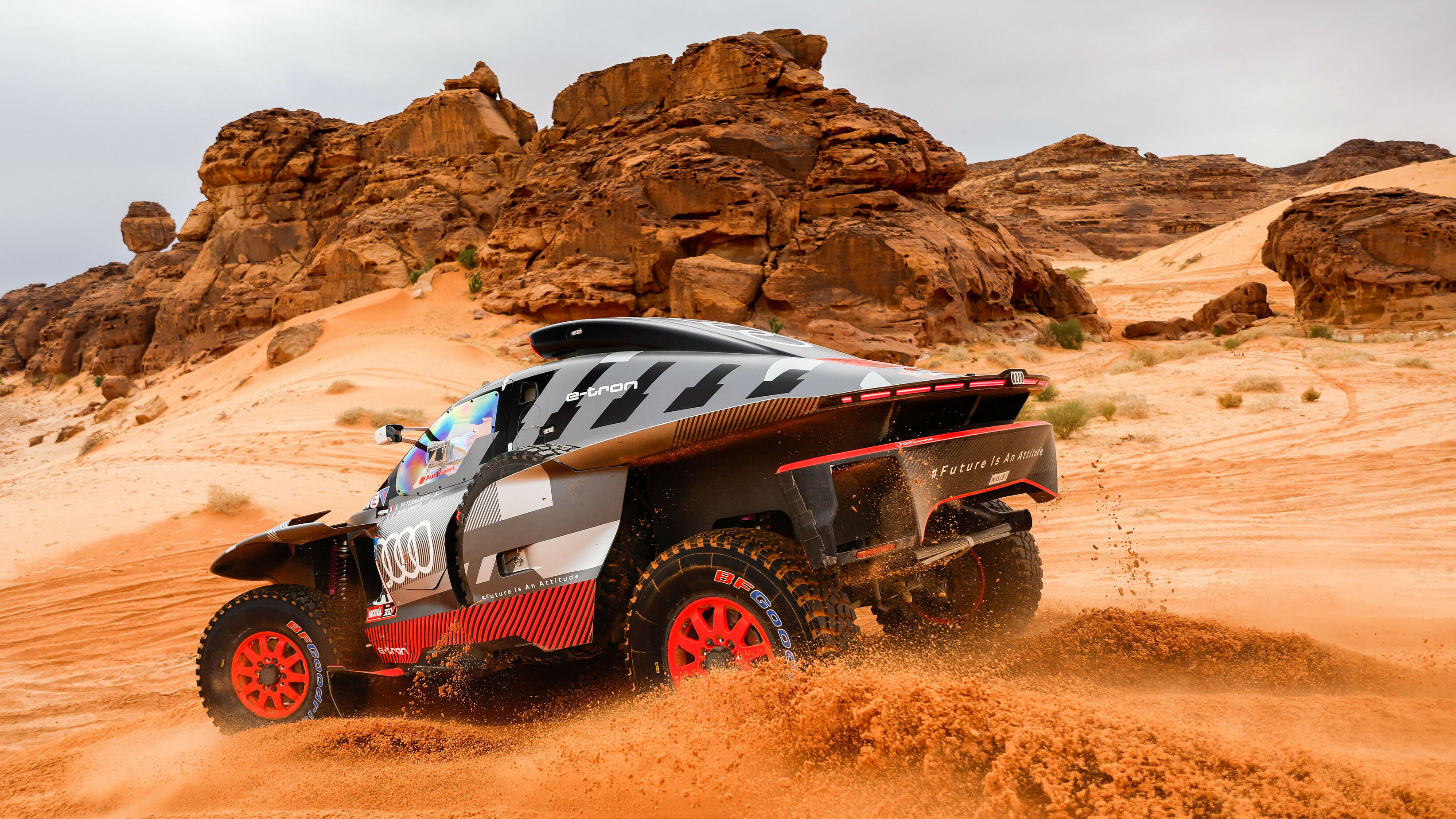 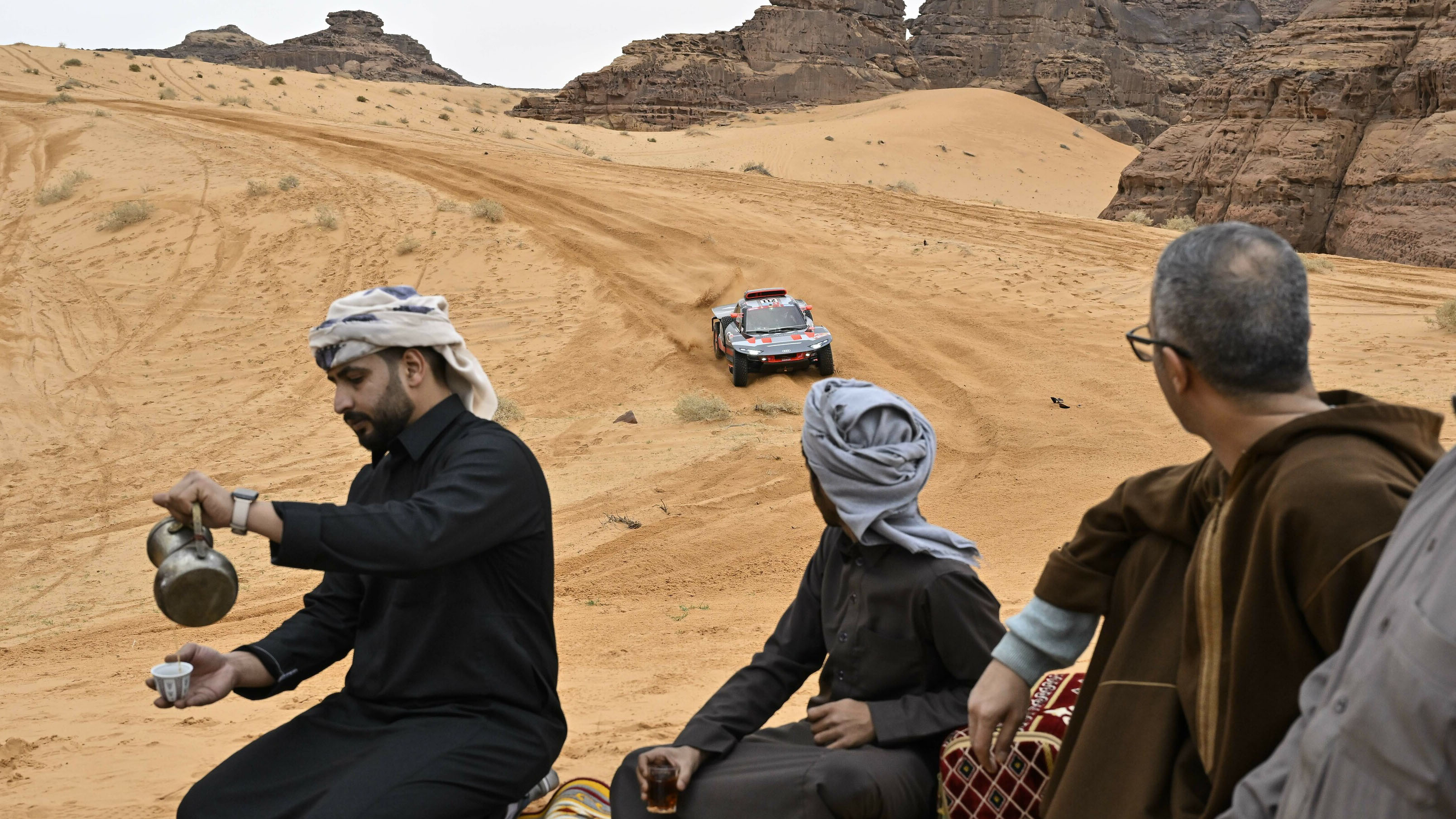 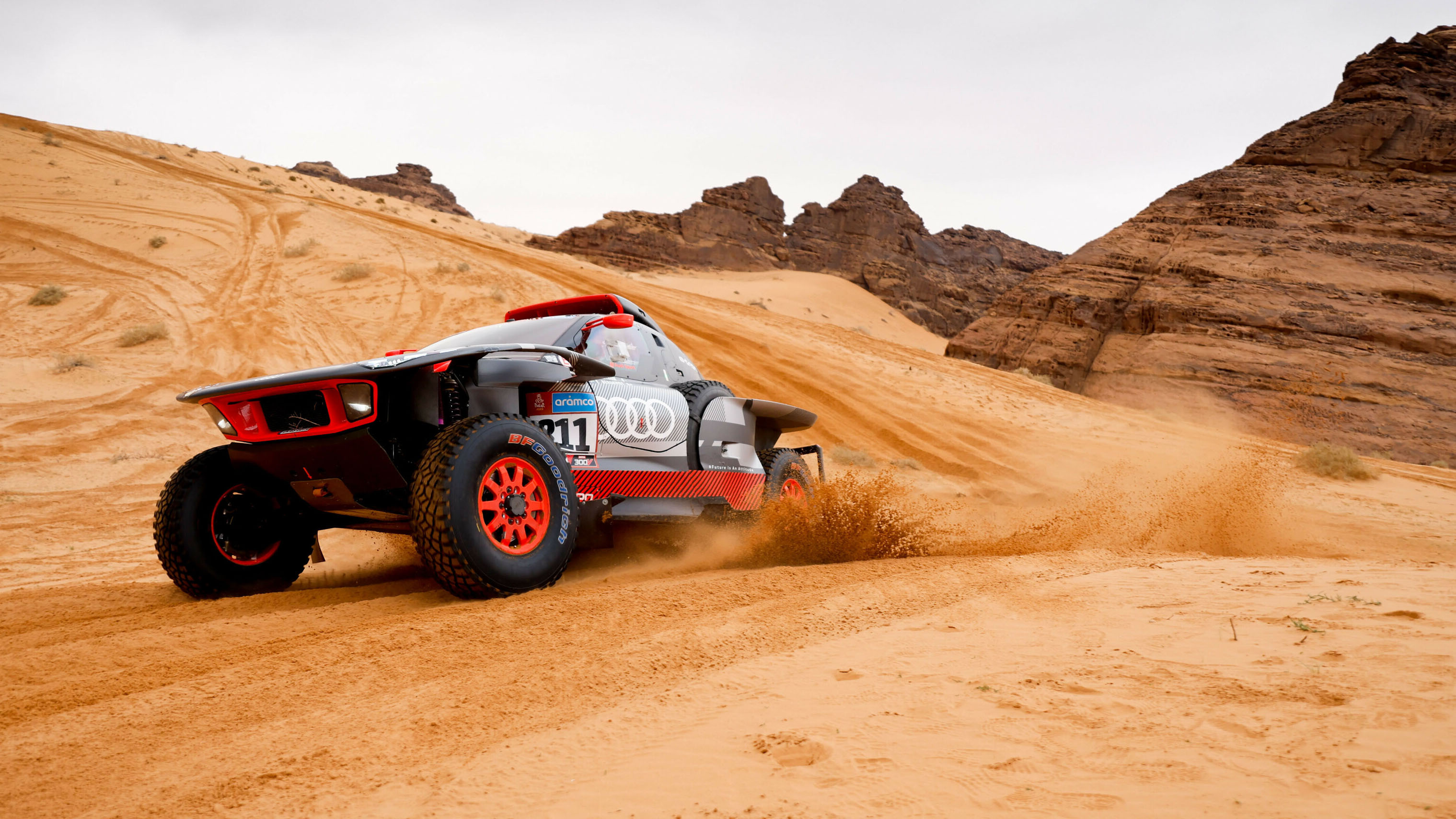 The Dakar Rally has earned its reputation as one of the toughest competitions in motorsport for good reason. A trying third stage left Stéphane Peterhansel top of the Audi contingent while Carlos Sainz conceded the overall event lead when mechanical trouble hit his RS Q e-tron.

Tragically, Team Audi Sport mourned the loss of colleague Ken Block, the rally and Gymkhana star who passed away following a snowmobile incident on Monday. Block joined the Ingolstadt family in 2021, and this partnership was headlined by his mastery of an all-electric Audi S1 ‘Hoonitron’ on the streets of Las Vegas. Going forward, all three Audi RSQ e-trons will be emblazoned with a commemorative in honour of the Gymkhana legend.

When attention did turn to the planned 447km trek from Alula to Ha’il – the teams’ new base camp for the next three nights – treacherous wet-weather and the legacy of Monday’s extremely harsh path intervened.

World Rally legend Sainz led the field following the first two stages but slipped to eighth after his difficult run through the thick mud. Although results were taken prematurely at 377km owing to heavy rain, Sainz and co-driver Lucas Cruz had long since been stymied by stopping to replace the left-rear toe arm. While the Spaniard reckoned no single impact caused the split, the previous day’s rocky route had nevertheless left its mark on the electrified race car.

The duo was able to hoist the car using an integrated jack to complete repairs. However, they were further hurt by two punctures and a seized wheel nut with 150km to run. They relied on the camaraderie of Audi team-mate Mattias Ekström, who pulled up to lend his mechanical nous to enable the pair to finish the stage – headed by Guerlain Chicherit in his Prodrive-built Hunter after three and a half hours.

“Quite obviously, I’m not feeling very good today, but we will not give up,” said Sainz, who ranks eighth overall. “There’s still a long way to go. Hopefully tomorrow we can race and try to push really to the maximum.”

Given Ekström and co-driver Emil Bergkvist had aided Sainz’s cause, they clocked 10th on the stage to sit 12th overall. “I used a little bit of my mechanical education so I could help Carlos. Then, we were driving behind him to the finish. I had one spare tyre, so I was the bodyguard for the last bit.” the Swede explained. “Our day started off pretty well but after 2km, we hit some issues. Then we had to stop and check the car. We lost roughly three minutes. After another 40km, we got a puncture while driving in a straight line. So, we had to drive a bit more carefully and not take too much risk until later in the stage.”

That left it to Peterhansel to lead the Audi charge, even if the 14-time Dakar victor was afflicted by a puncture of his own early on. His recovery to set the fourth-best stage time promotes him overall to third. “After two really bad days, now it’s a little bit better,” Peterhansel said. “We did a jump up the order, and we need to continue to push to get a good result and try to do no mistakes. This is the key.”

The washout, which left some vehicles stranded in deep water, will inspire car set-up tweaks for Wednesday to better enable drivers to tackle newly formed ruts on a sandier course.