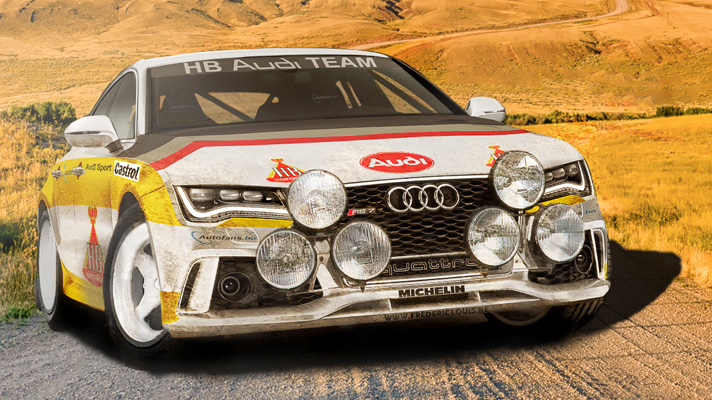 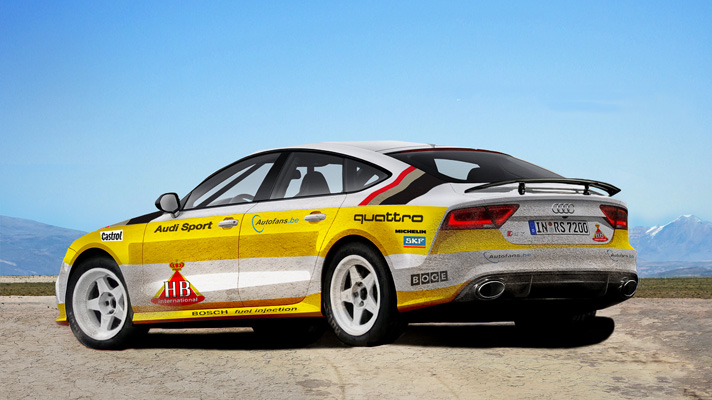 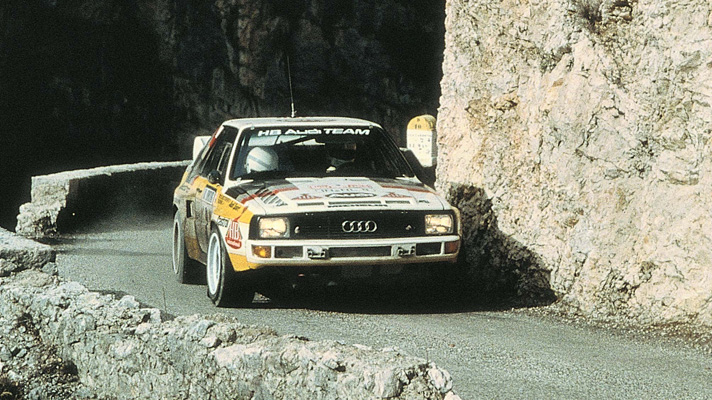 This is either a) likely to inspire the ire and unbridled hatred of a thousand incensed, bobble-hatted rally enthusiasts, or b) be greeted with a quiet, solemn nod of approval. We're erring towards the latter.

It's the new Audi RS7, of course, but imagined in the livery and getup of Ingolstadt's very famous and very spectacular Group B icon: the original Audi Quattro S1.

Why? Because earlier this week, designer Frederic Louis saw the pictures of Audi's twin-turbo RS7, and thought the car's inherent aggressiveness would be a perfect canvas on which to layer the Quattro's heritage.

Now, for those rally enthusiasts frothing themselves into a commenting rant about the desecration of an icon, Frederic admitted to TopGear.com that "it's not a very logical decision to take the huge A7 for rallying, I know this.

"The A1 Quattro or RS5 would have been a better choice to be realistic," he told us, "but a new, fresh breath through the sport with some new cars would be a great way to make it a sensational sport full of adrenaline for our generation."

It's certainly a statement, this RS7, albeit one with a regulation-busting 4.0-litre twin-turbocharged V8 pumping out 557bhp and 516lb ft of torque. 0-62mph in the new RS7 takes just 3.9 seconds, complete with Quattro and an eight-speed gearbox. Quite a departure from the 2.1-litre, 300/350bhp five-pot turbo piloted by the likes of Moulton, Blomqvist, Mikkola and of course, Rörhl (as a treat, we've included some classic pics of old Audi Quattros in the gallery above).

Still, we're quite fond of this rallying RS7, and it got us thinking. We'd like you, the humble, bobble-hatted TopGear.commer, to come up with your most outlandish, radical and downright salacious rally renders - cars you would never expect to see on a special stage - and send them in to editor@topgear.com.

We'll publish the best ones, and laugh at the worst. You may begin...