This Riversimple Rasa hydrogen car wants to save the world

We've departed a small workshop on a small industrial estate on the edge of a small Welsh town. I'm driving a tadpole-shaped prototype across a quiet moorland road. You could laugh and say this is way too alternative to change the world.

I'm not so sure. What we have here is novel and sophisticated in engineering terms. A fuel cell provides electrical energy while emitting only water. Ultra-capacitors store that energy. Four wheel motors provide drive and recuperation. A carbon tub keeps weight down, and a honed design cuts drag.

The car and the system around it is potentially extremely green, as well as very clever in its business logic.

It could subvert decades of work by Toyota, Honda and GM. If it does, it'll also present a challenge to the big fashionable voices – notably Elon Musk himself – of the California-to-China battery vehicle bandwagon. 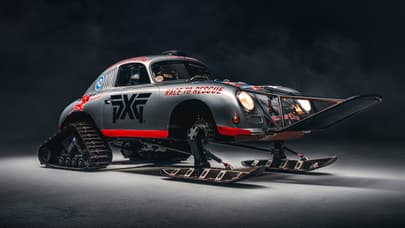 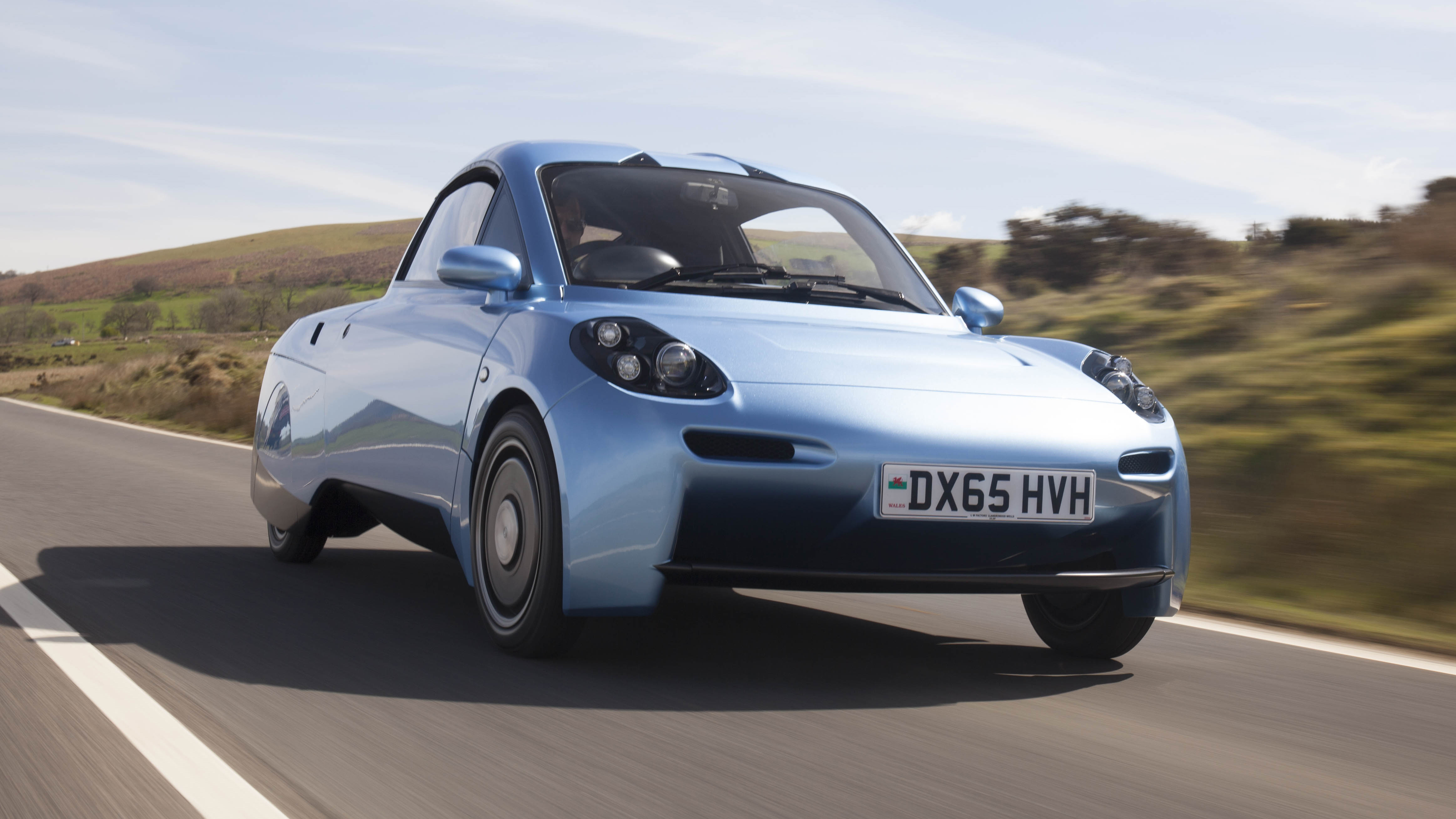 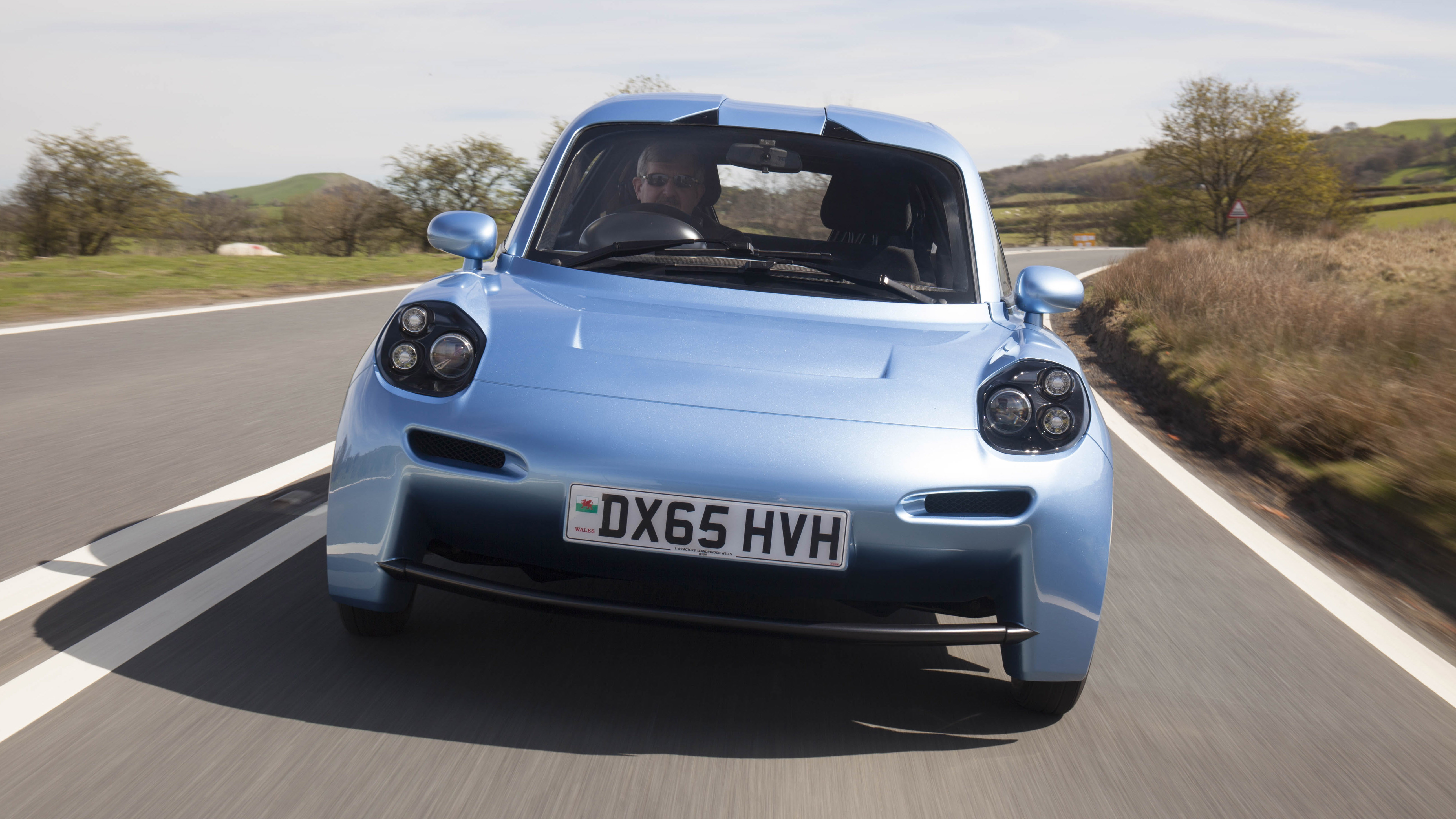 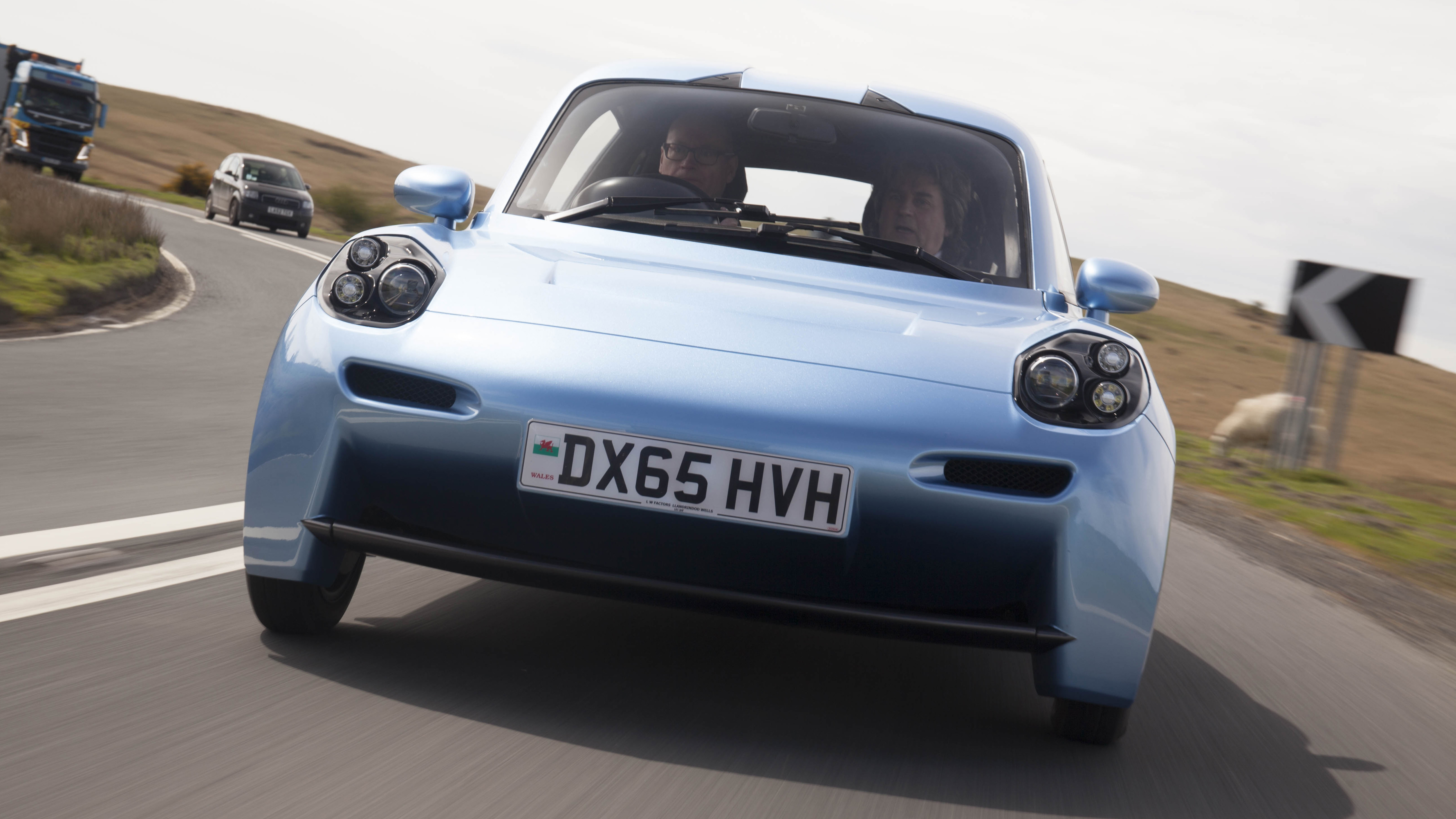 Hydrogen fuel-cell cars are like the end of a rainbow. Every time we think we're getting close, they get further away. It's been like that for decades.

First, back in the 1980s, the fuel-cells themselves had to be physically shrunk to fit into a normal car, not the back of a van. It happened. Then they had to be made affordable. They're getting close. Then the fuel itself had to become widely available. Slowly that's becoming reality.

So their mass adoption should be just around the corner. Why isn't it? Battery cars are why.

A decade ago almost no-one believed you could build a battery EV that would go petrol-tank distances on a charge, or be recharged fast. So we assumed the future would mean quickly-refuelled hydrogen fuel-cell cars for long distances, and battery electric cars for towns.

Then came the Tesla Model S. And now in the US you can have a Chevy Bolt that'll do Tesla-like mileage at a normal petrol-hatch price. Why bother with hydrogen? 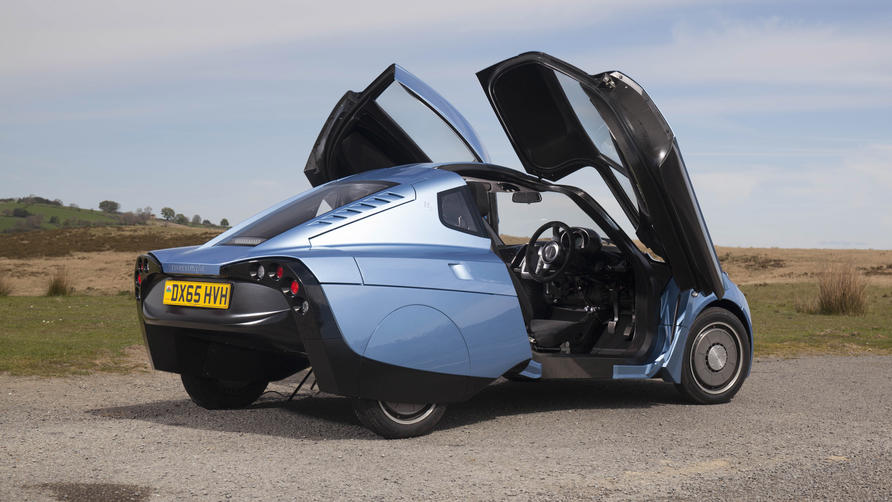 Especially given the frequently voiced argument against fuel-cell cars. Which is that they aren't efficient. Hydrogen detractors say that producing the gas (it never occurs naturally), compressing it and transporting it is all costly in energy and monetary terms. And then the cars aren't that efficient either.

Here's the counter-argument, from Riversimple's founder, Hugo Spowers. First, his car is drastically more economical with the gas it carries. Then he proposes a more efficient hydrogen distribution system too.

Let's start with the car. And excuse us if we get a little physics-lesson on you. The first breakthrough is to decouple the maximum speed from the acceleration. An aerodynamically efficient car doesn't need much power to get along at the national limit, so don't give it too much.

This little machine, called Rasa (from tabula rasa or 'blank slate' in Latin) has fuel cell making 8.5kW of electrical power. In old money that gives less than 12bhp at the wheels. But that's enough for 60mph cruising, even uphill. It needs no more steady-state power than that. For accelerating, it releases more electric power from a bank of ultra-capacitors to add to the effort.

The reason for ultra-capacitors instead of a battery in the hybrid system is the same reason it uses four in-wheel motors. Braking. A conventional regenerative braking is limited by the need to balance front and rear braking for stability, so it can't get full regen out of one axle without friction-braking the other. And also batteries can't accept the power full regeneration provides. Ultracapacitors can. This extreme regeneration, hardly wasting any energy to friction braking, is the key to its efficiency.

Drum-roll time: the Rasa's well-to-wheel CO2 emissions, even if the hydrogen is synthesised from natural gas, is about 40g/km

This setup lets the Rasa drive about 300 miles on a tank. Its tank is just 1.5kg of hydrogen. And by the way the hydrogen is compressed to 350bar, not the 700bar the industry majors use. This uses less energy, and makes for much cheaper filling stations.

Drum-roll time: the Rasa's well-to-wheel CO2 emissions, even if the hydrogen is synthesised from natural gas, is about 40g/km.

Crucially, that CO2 figure is massively better than any electric car that uses the UK's mix of electricity generation.

And as a renewable hydrogen infrastructure grows up, the Rasa will effectively get greener. Or you could get the hydrogen from biogas, which makes for a far more efficient system than converting it to electricity to run EVs, or indeed compressing biogas to run piston-engined cars. And biogas is an aggressive climate-change agent that we mostly just vent to the sky.

Now, you might rightly point out, this is just an ultra-miniaturised two-seater with luggage space for pants and toothbrush. It's a 'local car'. How does it scale up? Very well, Spowers insists. He reckons a Golf-sized five-seater for motorway speed needs only about 18-20kW – or double the Rasa's power – from the fuel-cell stack. That's still only a fraction of the price and weight of a Mirai's stack. And again, its tank would be much cheaper and lighter. 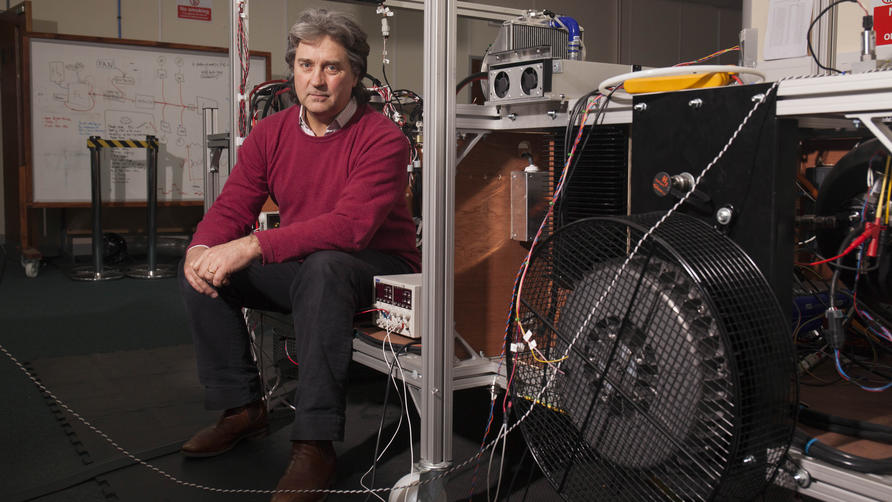 Spowers acknowledges that fuel cells aren't intrinsically very efficient. But by his scheme of four motors plus capacitor plus 350-bar tank, a Riversimple vehicle would be far lighter than a battery vehicle or conventional FC vehicle. The efficiencies through light weight would more than claw back inefficiencies of the fuel cell. Well-to-wheel could be way ahead.

Incidentally, Visiting Riversimple's little HQ reminds me very much of the time I went to a shed in San Carlos, Northern California in January 2007. It was Tesla's base back then. They had one running Roadster prototype and a lot of big talk. I'd arrived with my usual cynical hat on, but they were uncannily persuasive. Riversimple's arguments bear comparison.

Driving the Rasa prototype is fun. You sit in the glassy, compact bowl of a cockpit. Everything is pared back, most of it is hard-surfaced, but the design is very elegant. It's the work of Chris Reitz. Now operating his own studio, in a former life he had a lot to do with the Fiat 500.

It accelerates perkily when the fuel-cell electricity is compounded by a jolt from the capacitors. And four motors mean there's none of the limiting wheel-spin single-axle electric drives will often get. Mind you, this isn't a performance car, so let's not judge it that way.

Spowers was once a motor racer. But he gave it up because he wants to save the world

It steers very nicely too. Absent power assistance or the need for it, you're intimately connected to the road. The gyroscopic effects of the wheel motors don't really impinge. More important, it's light enough for parking.

Official approval for its non-friction braking system hasn't been finally signed off. So we were using the discs when I drove. But it's such a light car there's no reason the tyres can't cope. And the calibration of the electrical system is so good under acceleration I don't doubt it'll be fine in the opposite mode.

It's sometimes a bit harsh over the road, and always noisy. The fuel cell's fans aren't silenced yet, and the composite tub transmits a racket. Some of that can be fixed, but some can't without adding weight.

Most of all, the Rasa reminds me of the VW XL1. (Well, it would if you replace the sound of fuel-cell fans with a chattery little diesel.) Like the VW it's direct, mechanical, frugal. You relax into it in your snug low seat, propelled seemingly by the force of good intentions alone.

The capacitors can store about 0.5kWh, which is enough to drive the car a few minutes from a cold start-up while the fuel cell gets going. 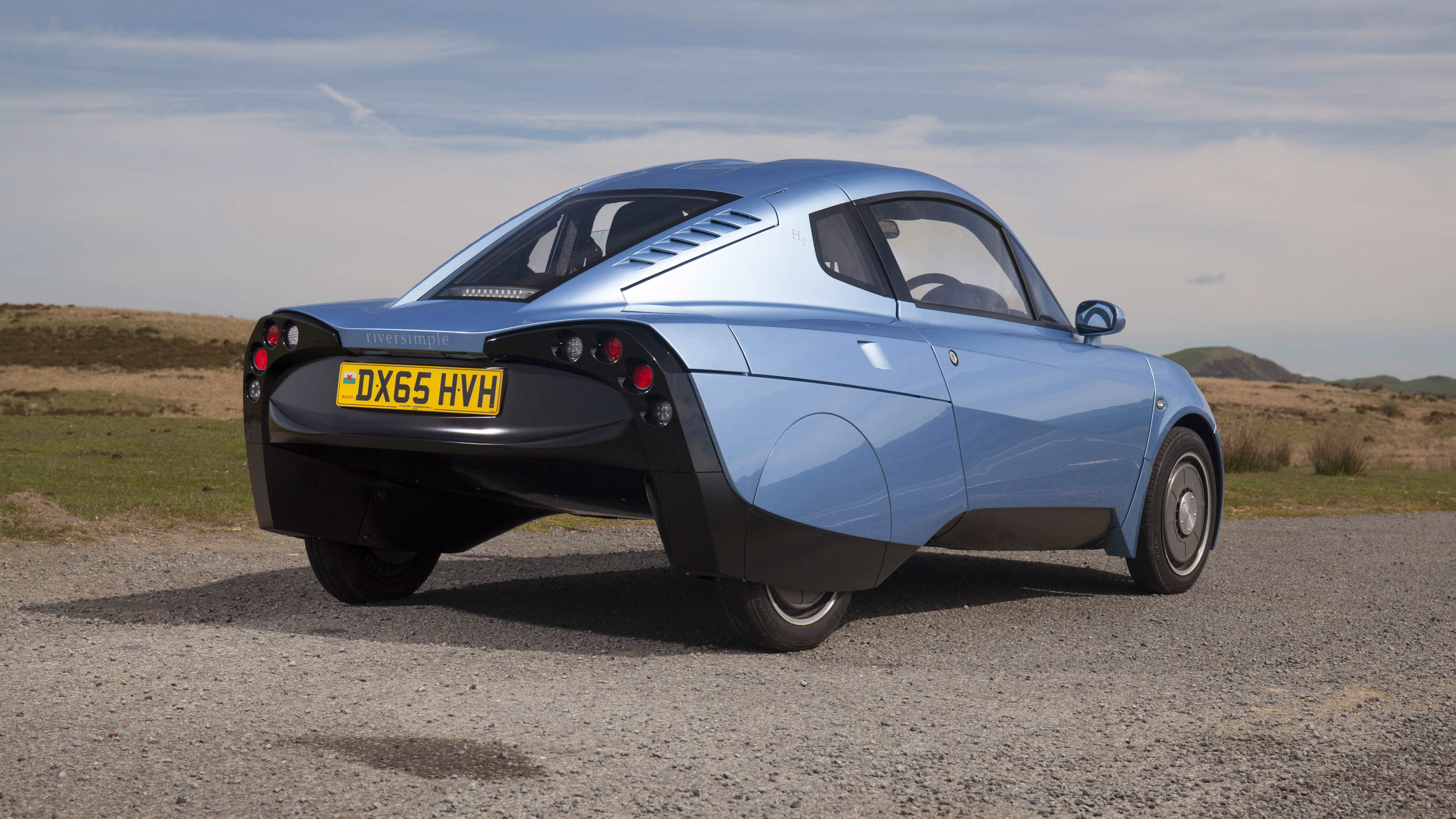 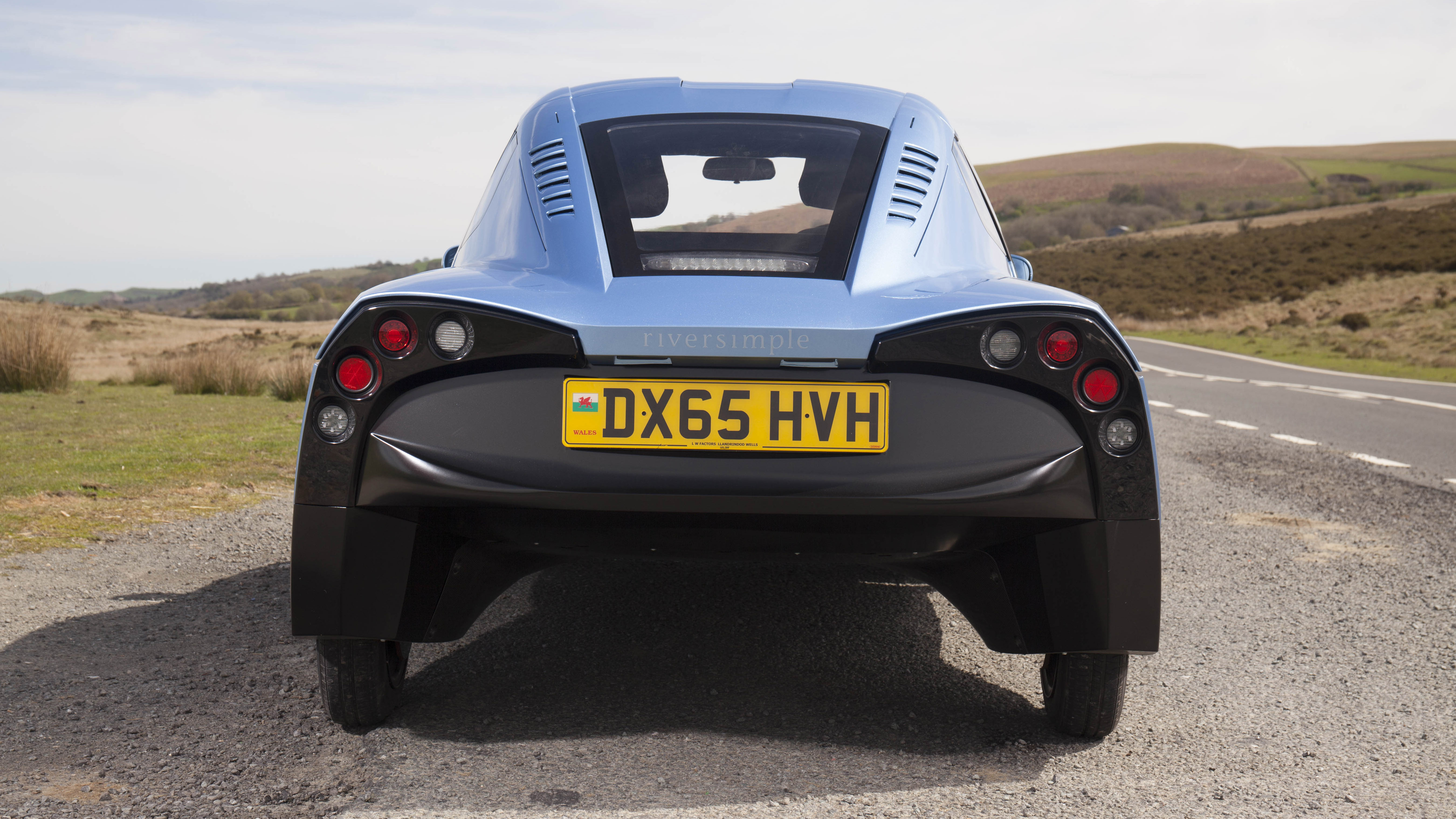 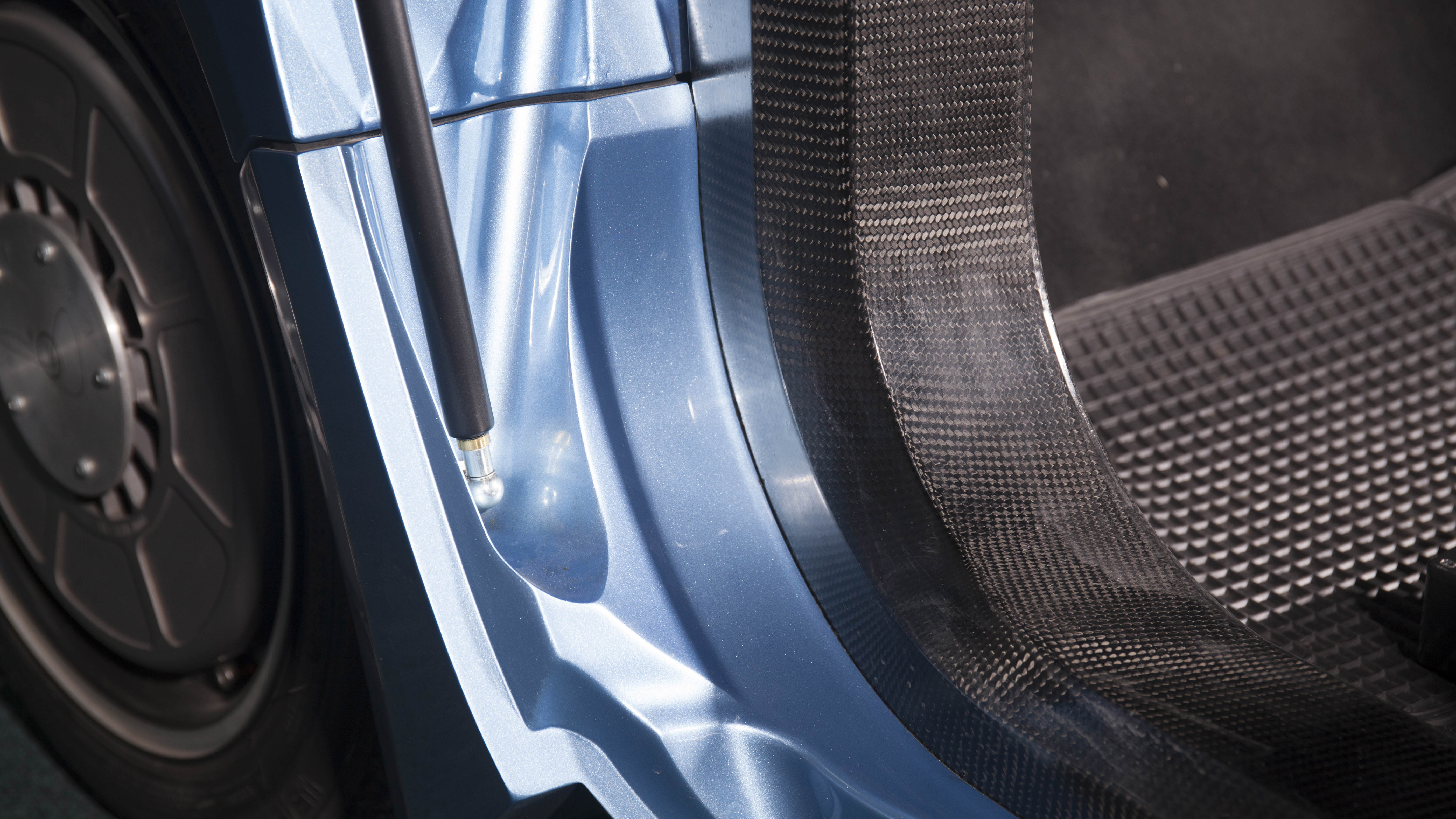 Spowers is sitting in the passenger seat controlling a couple of the vital functions via a little box of electronic pushbuttons. But the beta-test cars won't need much particular knowledge to operate.

The underlying business, though, will be truly radical. The car itself, the fuelling system, the business, the factory: Spowers wants to change them all. Completely. Incremental change won't do. "Dinosaurs were't replaced by better dinosaurs," he says. Each of the changes demands that other things be changed. The whole system must change, in one leap. "You can't cross a canyon in two jumps."

He disdains the fact that the Toyota Mirai or Honda Clarity are basically conventional-type cars, sold though the usual dealer system. It's no surprise the old giants do it this way. They have so much invested in their plants and networks.

Spowers was once a motor racer. But he gave it up because he wants to save the world. Everything in Riversimple's business plan aligns to that aim.

The first pillar is that it will never sell cars. Huh? No. Riversimple's drivers will pay a monthly rental fee, to include depreciation, maintenance and, crucially, fuel.

This drives big changes in the car itself. It has to be built to last, because Riversimple will have to take it back at the end of the contract. It has to be efficient because the driver isn't paying for the fuel. (So it's OK to spend money on say a carbon tub, because that'll make it cheaper for Riversimple to run.) It'll need to be upgradeable rather than expendable.

Done this way, argues Spowers, everything points to a car that pollutes less and depletes less resources.

It also happens to reduce the cost of entry for him, and for his rivals. he doesn't mind. If more businesses like his spring up, that'll drive up production numbers of the fuel cells and capacitors and motors. Which will make them better and cheaper. And it'll encourage a quicker growth in fuelling and repair infrastructure.

Because there's no pressed steel in the body, a factory would be cheap, and wouldn't need to build huge numbers to justify itself. So Riversimple or its partners could install factories locally to areas of available fuel.

Spowers is also cutting Riversimple's investment by persuading his suppliers to join the same business plan. Instead of selling parts, they'd lease them to Riversimple on a per-mile basis. It's a partnership where everyone's interests are served by improving the efficiency and lifespan of the parts. 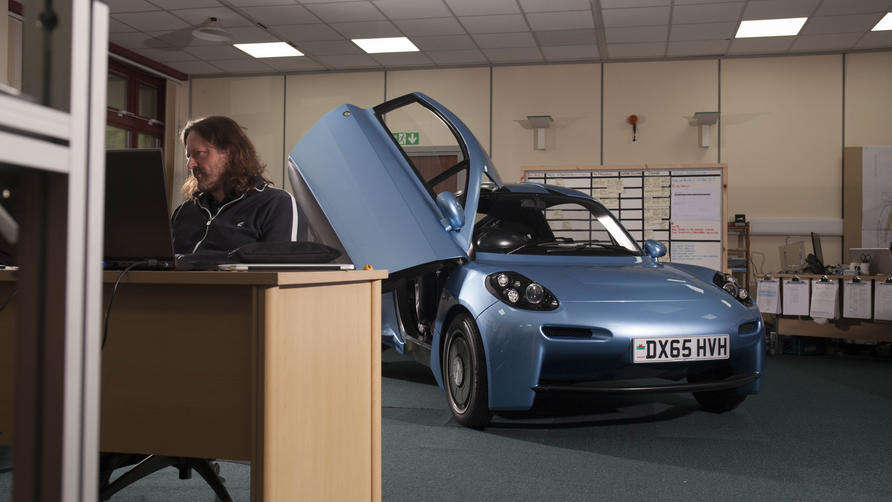 That's why Spowers has decided to open-source his technology. It's a risk in that he'll get more direct competition. But it eases his biggest fear, which is that fuel-cell cars remain stuck in a backwater.

He's a businessman and expects to survive by making cars better than any rivals'. "This isn't a social enterprise. I want to make efficiency profitable. Success will be measured by a recognised metric: money."

Others agree. Riversimple has just closed a successful £1m crowdfunder campaign, collecting some experienced global investors. This will help pay for the beta test.

Those 20 cars will be clustered around Abergavenny, 40 miles south of Riversimple's Llandindrod Wells HQ. A hydrogen station will be built to fuel them. Spowers is happy to call the Rasa a car for shortish trips, so being clustered around one station makes sense.

For the beta test, he reckons the cost will be about £370 a month, plus around 18p a mile. Not exactly cheap motoring, but this isn't subsidised by a global giant.

The cost of the fuel cell, the ultra-caps and the motors are all falling. Spowers reckons in a very few years a Riversimple five-seat hatch would cost the same as owning a Golf. It would give comparable acceleration and tank range too.

He's talking a revolution. But there's something tantalisingly close about it. If it doesn't succeed, it's a noble and clever vision. 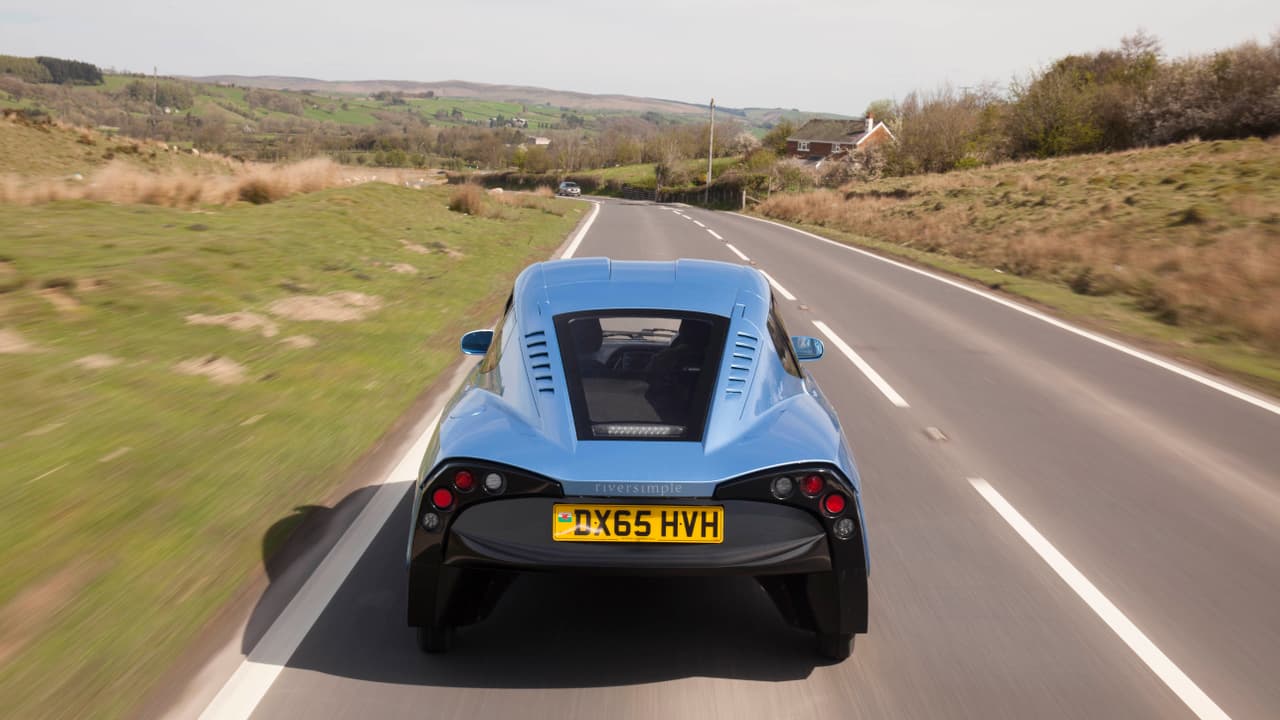