This Lancia Delta is restomod perfection 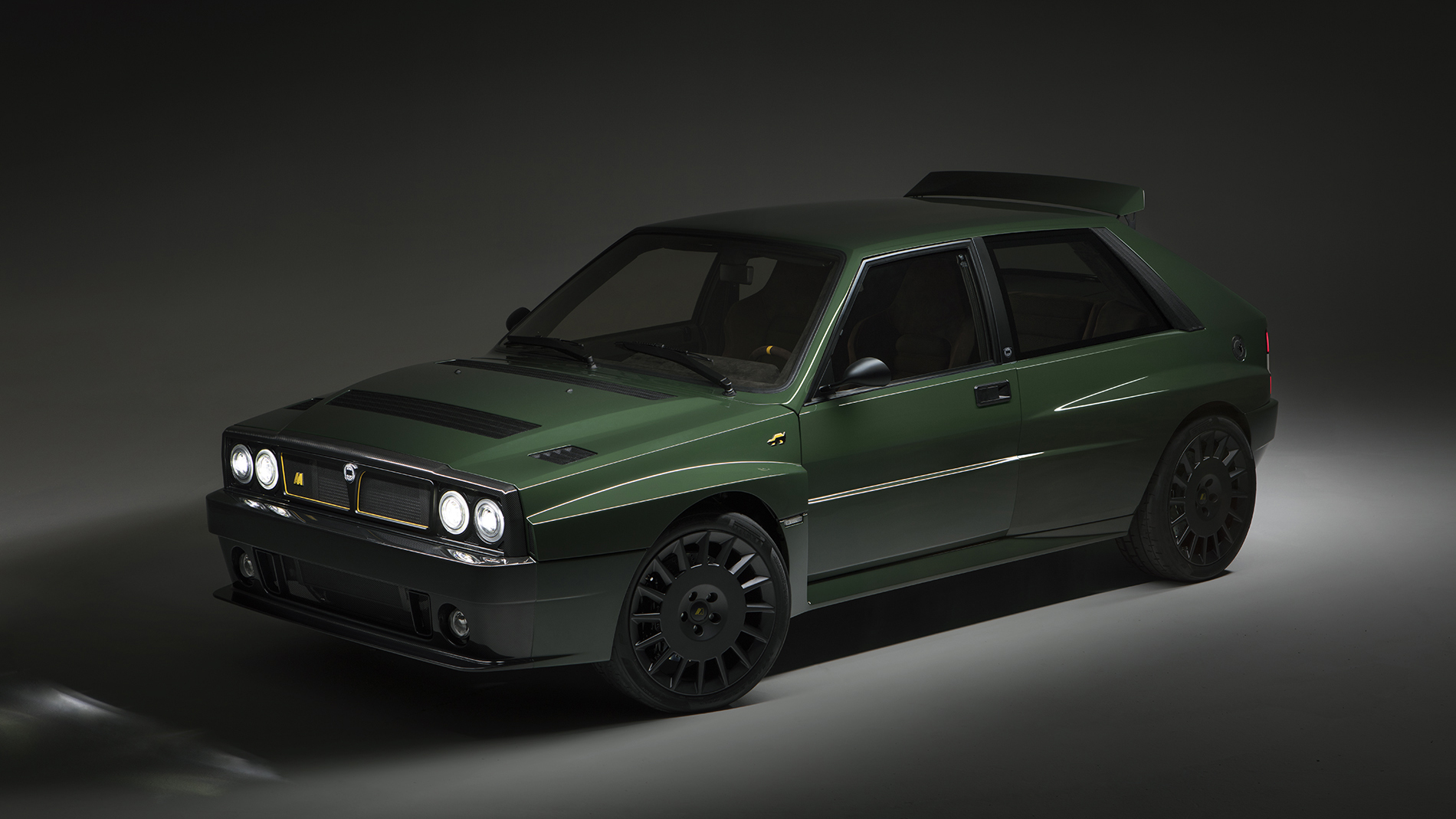 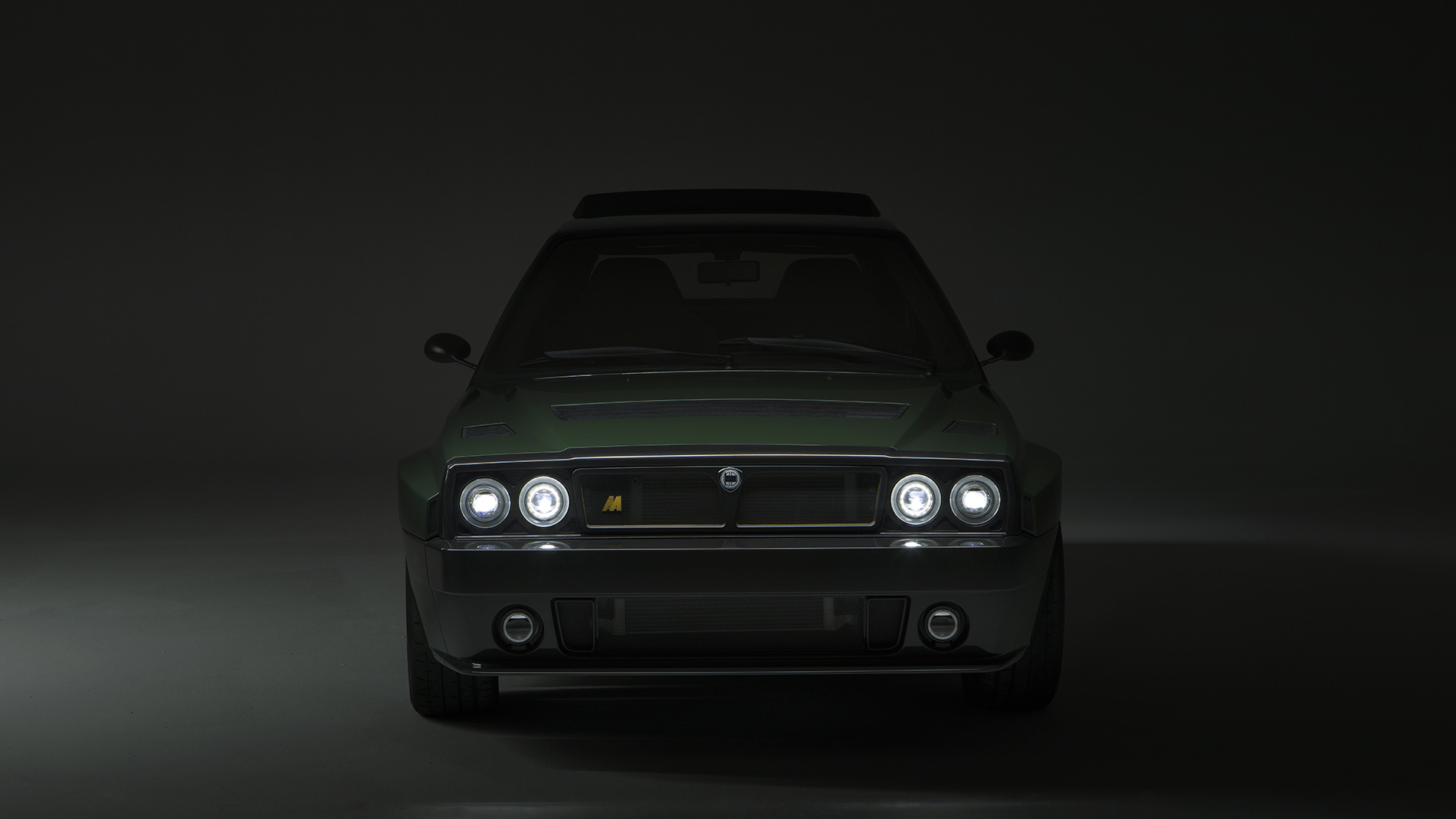 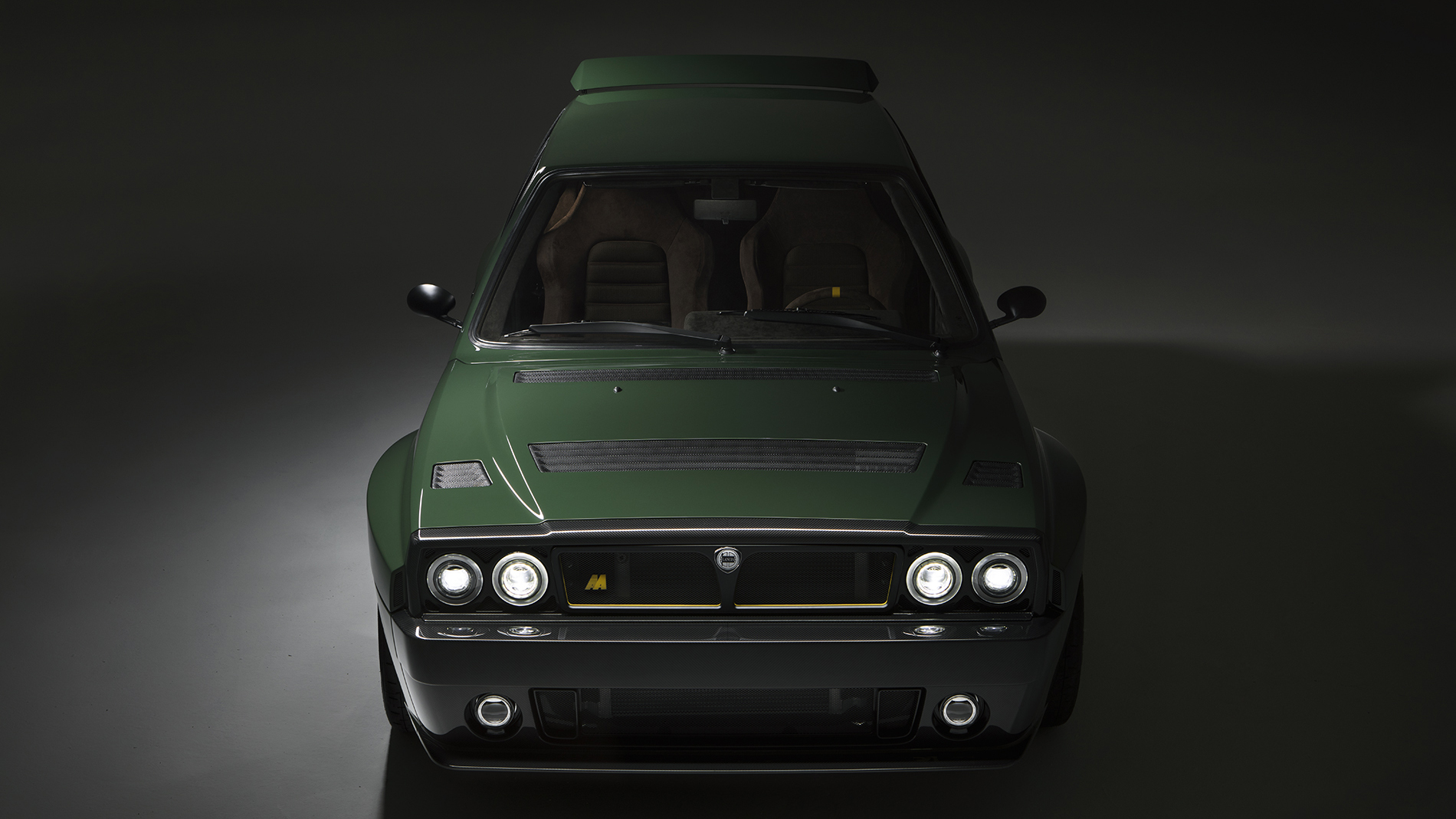 We often ask you to take a second look at the car we’re talking about, but indulge us this time, if you will. This is the brainchild of Eugenio Amos, a 33-year-old race driver and car fanatic from Varese. In his lifetime, he watched as the proud name of Lancia went from rally legend with international prestige to a withered and emaciated husk, selling rebodied Fiat 500s within Italy’s borders. And this is his reaction.

And it’s certainly one hell of a reaction – a perfectly proportioned homage to one of Lancia’s all-time greats, reimagined with hand-formed aluminium bodywork and a carbon-fibre fascia. And, as you may have noticed, two doors.

“It represents my romantic vision in a world that is too aseptic, too fast, that runs like the wind, superficial and intangible,” says Amos. “I long for a bygone, idealised time when men, values and substance were at the core of the product. Therefore this car is pure, raw and essential.”

And it’s also something of an Italian supergroup, with brakes by Brembo and electrics by Magneti Marelli, who are indelibly intertwined in our minds with Lancia – along with Martini, of course. The design is Milanese, the mechanicals are Turinese – both short drives from Amos’ home town among the Italian Lakes. 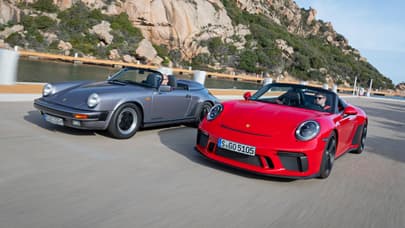 All up, just 20 customer cars will be made, each weighing about 1250kg, pumping out about 330bhp and costing about €300,000. Why are we saying ‘about’ so much? It’s because Amos does. He’s not taking the marketing or PR of the car too seriously – he seems to reserve that for the car itself. Case in point? Its launch was going to be at Lake Como’s famous Villa d’Este, which is pretty much northern Italian bingo for a car conceived, built and designed in Lombardy, but it wasn’t 100 per cent ready. So it’ll have to be at the Grand Basel show, which starts on September 6th.

This is the Lancia that we wanted; the one that, instead of languishing while Fiat focused everywhere else, resurged as the technical powerhouse and wonderfully off-beat luxury choice that it was in the days of our dads and their dads. But Amos is focused on more than the death of a single – if storied – car brand; he bemoans the loss of the rawness, the vitality and the personality inherent in the cars of his youth. “Nowadays every car is fast, safe, reliable, precise,” he argues, “but what happened to the personality?”

It’s a point of view that it’s hard not to agree with immediately and in totality; a maxim that sums up the numerically superior world of cars in 2018 and asks a simple question: who benefits? Our collective ennui about today’s clinically precise cars belies the current narrative that more and more again is better, that progress can be measured with figures and diagrams and outlandish performance data.

Quite a lot of digital pages on this very website tout speed and acceleration figures that really feel more like the preserve of astronauts than the investment bankers who’ll actually buy these things. And it’s an easy argument to make that we talk about little else, especially during the huge upswing in low-volume hypercars we’re seeing at the moment. The fact remains that these things do exist and, as a technical object, are worth talking about. But if you asked us where our hearts actually lie and you’ll find something very different indeed.

Personally? It’s Lancias from the Fifties and Sixties. Give me one named after a Roman road and you’ll never have to read another one of my tortured metaphors ever again; I’ll be in the Alps with a grin so wide it reaches around my head and touches my spine. For others, it’s shark-nosed BMWs, short-wheelbase 911s of the 1960s or Ford Broncos lifted halfway to Saturn. But what it isn’t is some kind of million-horsepowered menacer made from equal parts unobtanium and marketing onanism.

And, in a large part, that’s why we love restomods. Because, at their core, each is a love letter to the tactility, idiosyncrasies and essential rightness of the car, a distillation of what made the original great, updated to work every day and to fulfil modern expectations of what a car can do. It’s not about being the fastest, the most powerful or the most luxurious; it’s about something much more important.

“In the end the numbers really mean nothing,” says Amos. “Because I’m talking about passion and nostalgia and euphoria and these feelings are not measured in numbers.”