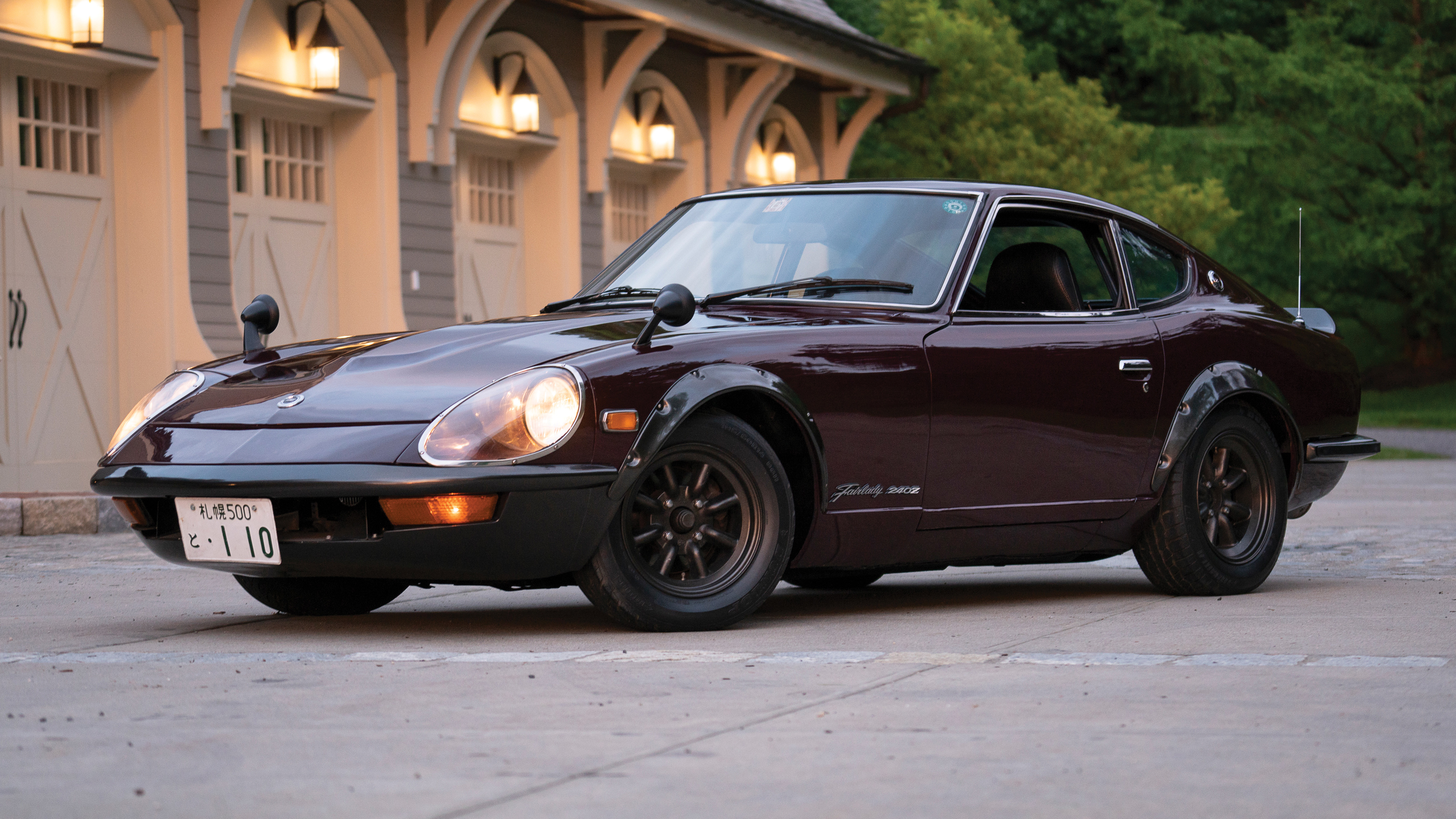 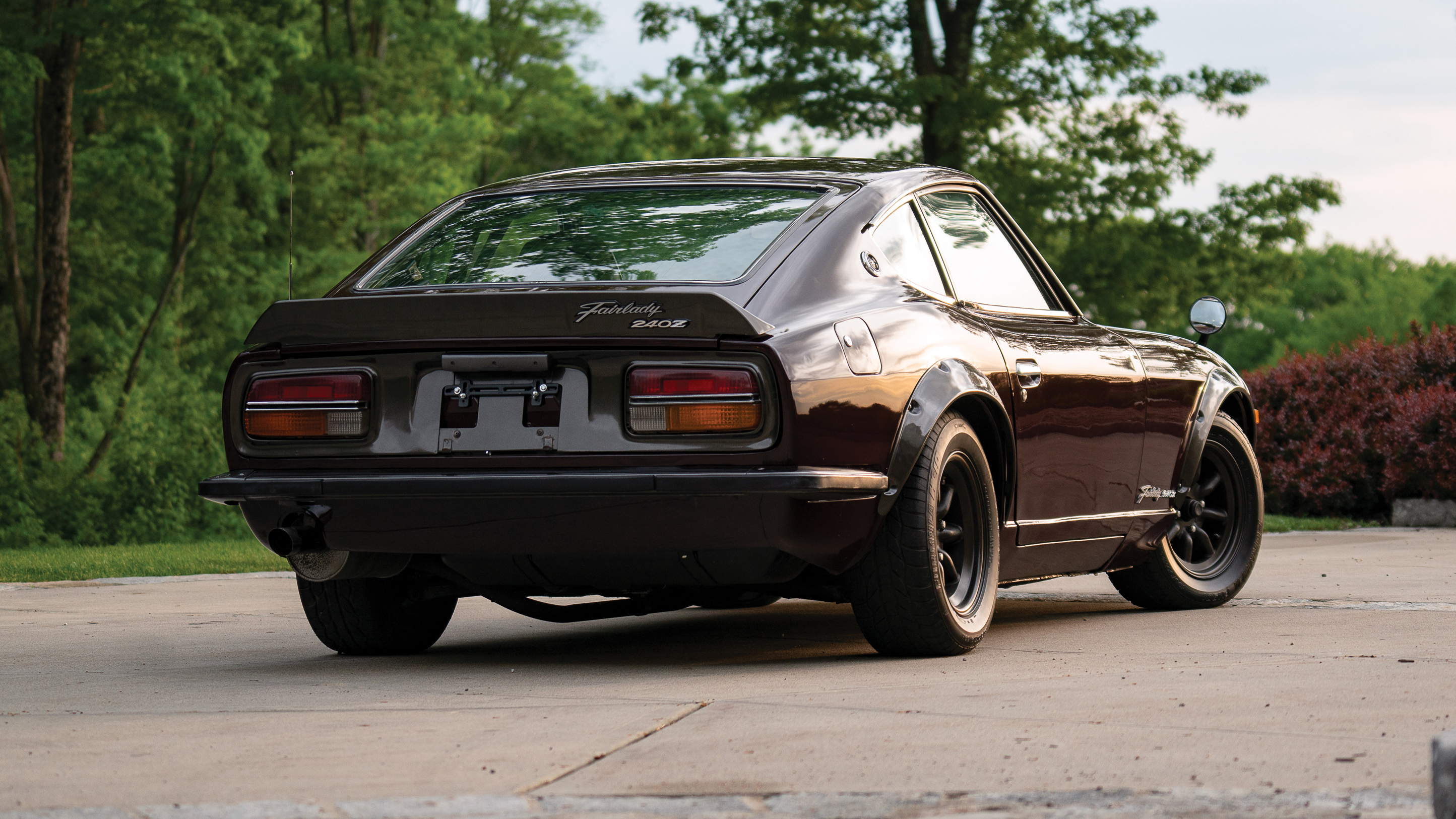 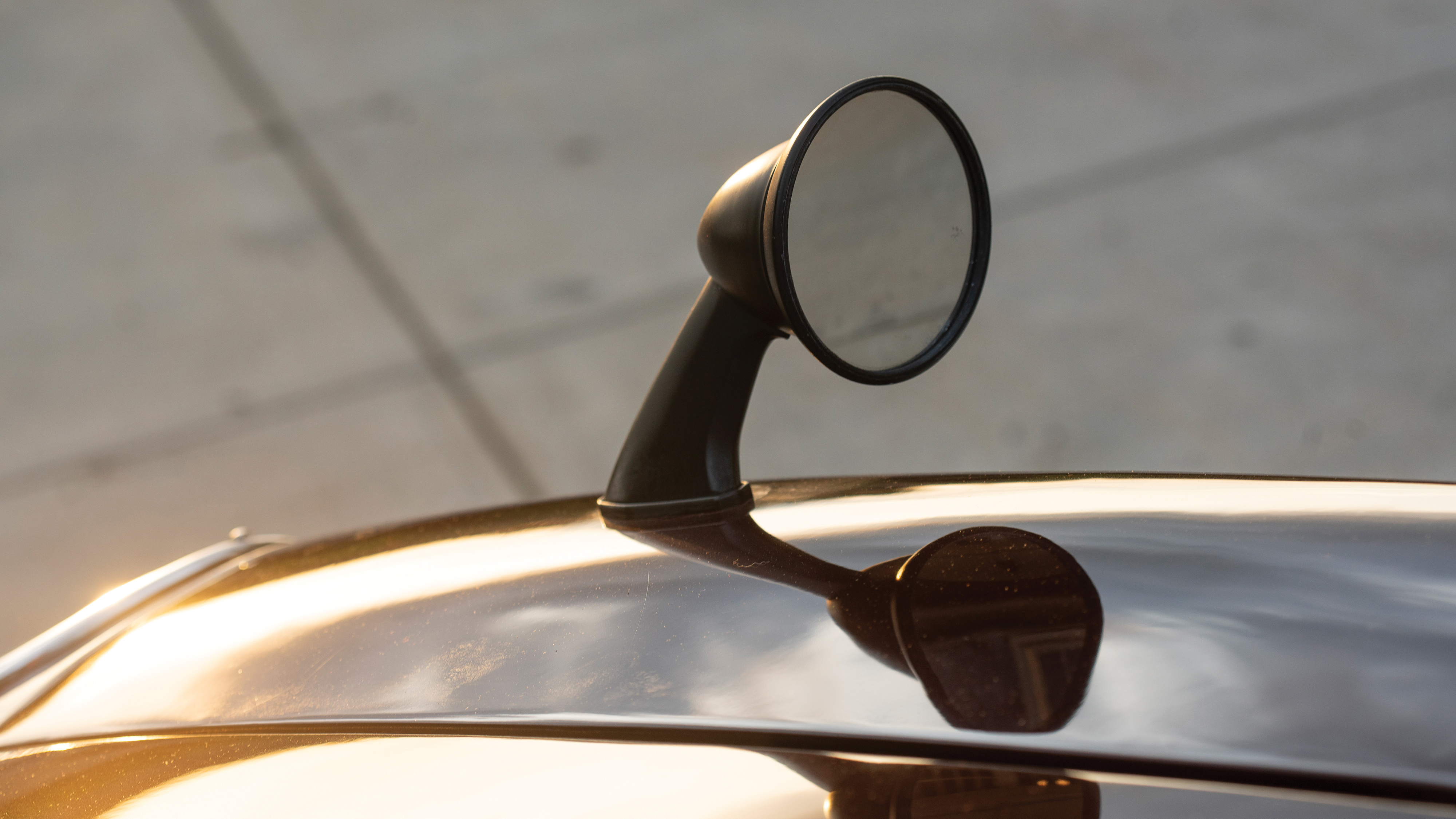 We recently speculated on the motoring world's departure from a certain type of sports coupe, perhaps best illustrated currently by the Nissan 370Z. Powerful. Naturally aspirated. Simple and (relative) value for money. This car here marks the very first chapter in Nissan's storied journey through such a sports coupe philosophy: the rather delectable Nissan 240Z.

Specifically, a Nissan 240ZG, where the ‘G’ stands for ‘Grand’. That refers to this car’s Group 4 homologation status. It was only built for Japan and badged a Fairlady, a version of which won the Fuji Grand Champion Series in 1972.

So it’s got race provenance. And style. Just look at it. 240s have always been handsome things, but this one in particular, resplendent in purple – sorry, ‘Grand Prix Maroon’ – and with a few bodywork changes over a regular two forty zee mark it out as something special.

It’s apparently ‘well-known’ in Japanese car collector circles, and in the year of its birth – 1972 – was delivered new to a buyer in Tokyo. We’re not told much of its history, other than the fact its 2.4-litre straight-six “shows some evidence of use”. Well, you’d certainly hope an engine would be of some use in a… car.

It’s been treated to a “thorough” refurbishment, mind, including a respray, retains its vinyl upholstery, and features new, original-spec shocks. The wheels, however, have been swapped out for ‘Watanabe’ units. And it gets a rear strut brace. Other than that, classic.

The 240ZG will be offered up for auction at RM Sotheby’s Monterey sale later this year, and here’s the catch – there’s no reserve.

Opinion: why the Nissan 370Z marks the end of an era