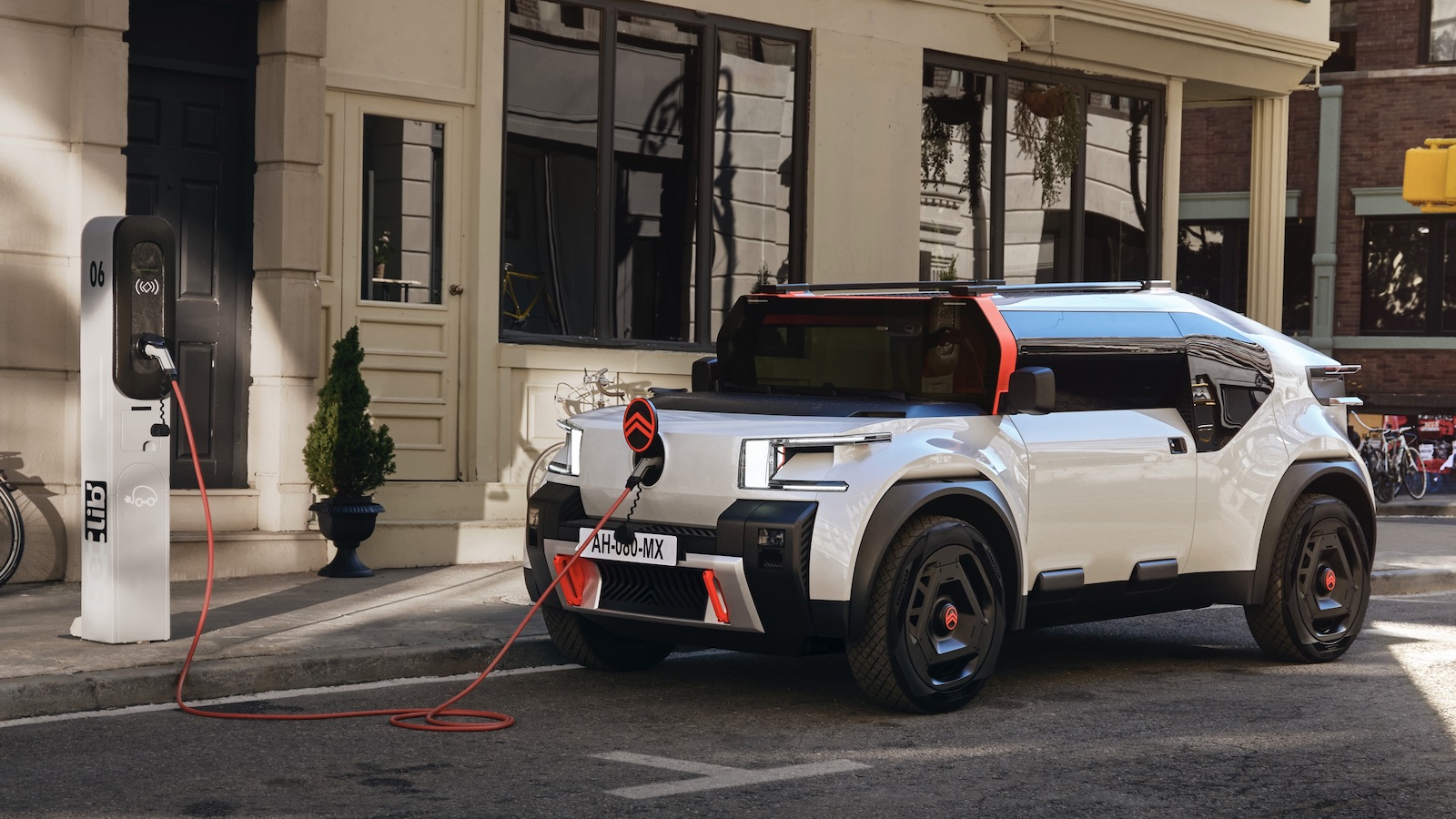 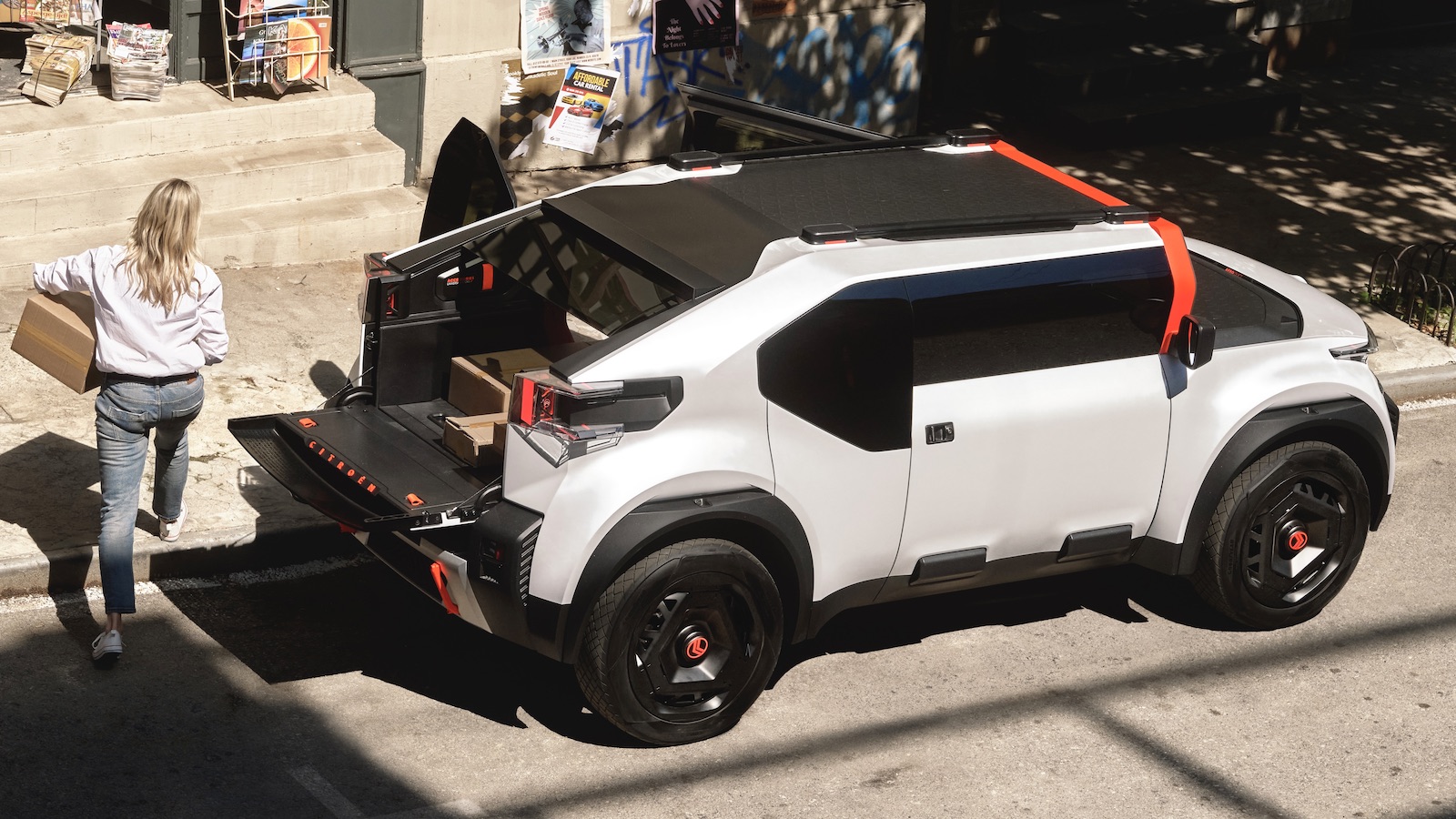 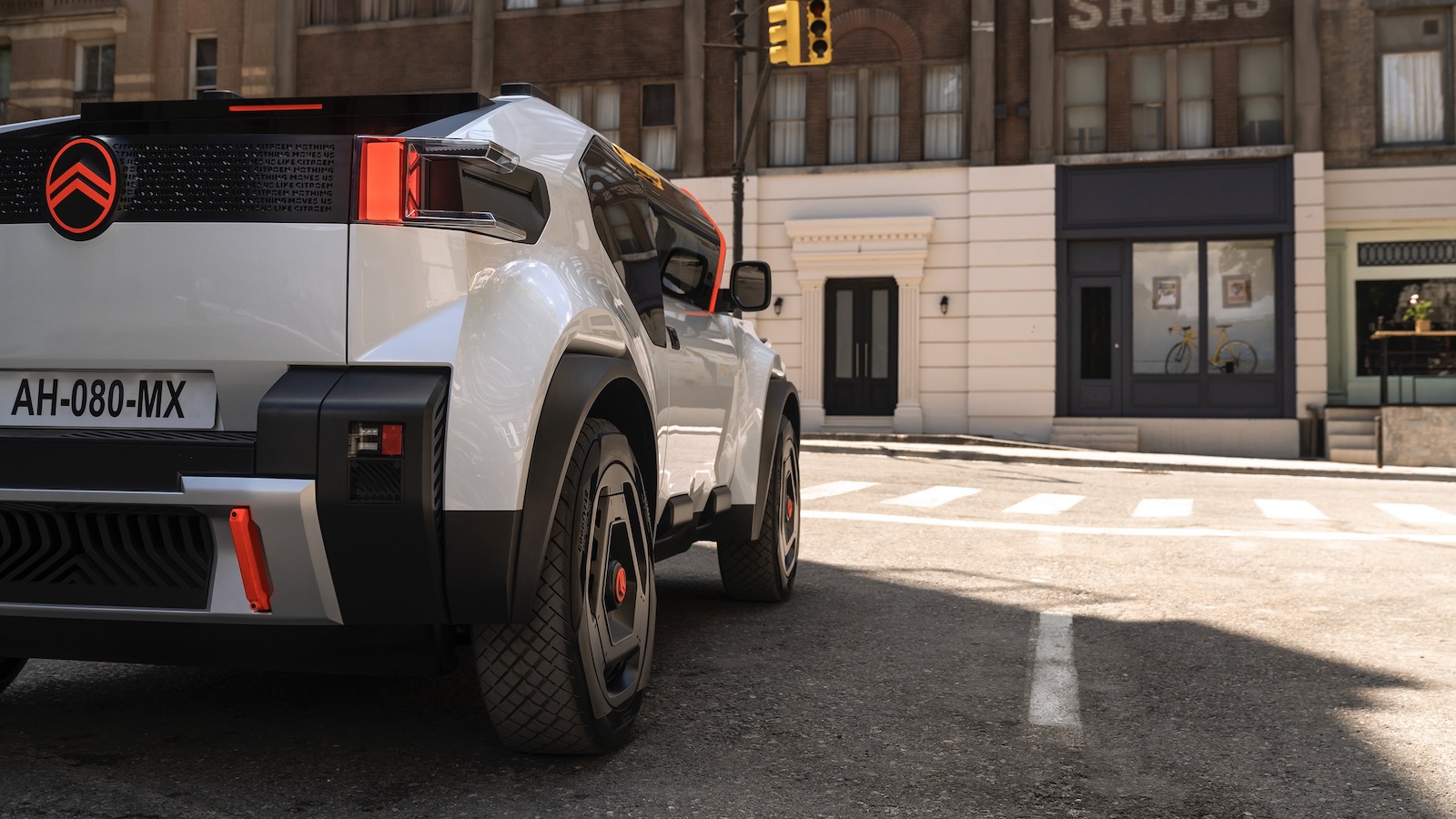 This happy, squared-off fellow is Citroen’s latest concept, which it calls the ‘Oli’. And right out of the gate, it’s speaking our language. Well, apart from the French bit. We kind of just point and say ‘je suis desolate’ a bunch.

Anywho, to the language we actually do share: part one, point one of Citroen’s idea here is that "the time is right to say enough to the trend for excess and expense, and to focus instead on creating pure, honest vehicles that are lighter, less complicated and truly affordable, as well as inventive and joyful". If you summed up our entire position on cars with just this sentence, the only way to hit the nail on the head any better is if Thor had taken up a trade in carpentry. But you might be wondering how Citroen intends to achieve it.

Generally speaking, it comes down to serious simplicity and sustainability wherever possible. Those mesh seats, for instance, apparently use 80 per cent fewer parts than the sort you’d find in a new car today, and what little is there is made from recycled materials, which are in turn reusable and recyclable. This extends across the whole car – the floor is a sheet of polyurethane, which wears better than carpet and can be reused or recycled, while the stereo uses removable Bluetooth speakers that are lighter compared to a traditional setup and also offer the opportunity to take your bangin’ chunes wherever you’d feel best enjoying them. No judgement here – if you want to have a singalong on the throne, that’s between you and the Andrex puppies.

You might be wondering just how much weight this removable Bluetooth setup actually saves, given speakers still use heavy magnets. Well, it’s 250g. But as Gordon Murray (and indeed anyone with a rudimentary grasp of mathematics) would attest, save 250g four times and you’ve saved a kilo. And it’s clear that weight saving has been on the mind of Citroen’s CEO, Vincent Cobee. 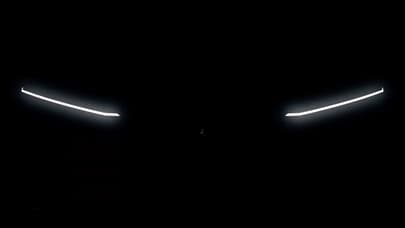 “Legal and safety requirements have driven some of this, but if the trend continues and we carry on parking these vehicles 95 per cent of each day and driving 80 per cent of journeys with a single occupant, the conflict between the need to protect our planet and the future promise of sustainable, electrified mobility will not easily be resolved.”

So, how to solve such a dilemma? Well, like we mentioned earlier: simplicity. As Laurence Hansen, head of product development, explains: “You can choose to pay for all the latest features and artificial intelligence – which you only use two per cent of the time when driving – or you can ask yourself, ‘How much of this do I really need?’”

As you can probably gather, the team at Citroen has rather made its choice, keeping things every bit as simple and lightweight as the Ami and (accounting for one or two differences in technology) 2CV. So even though the battery capacity feels comparatively paltry at 40kWh, the Oli will do up to 248 miles before needing a recharge. That is, unless you take advantage of the Vehicle to Grid or V2G technology.

A small primer on that, if you need it: some electric cars have Vehicle to Load or V2L, where you can plug a range of appliances into the car’s charging port via a special adaptor and run them from the stored charge in the battery. The Oli, on the other hand, has V2G, so it could power your entire house. V2G ability does also encompass V2L, so if you’re looking to, say, power a campsite or run an electric grill from Oli’s battery, that’s well within its remit. Apparently, you’ll be able to run a 3000W appliance – home reverse-cycle wall units use less – for about 12 hours on a full charge. That’ll probably get you out of trouble... which does feel like something of a theme here. 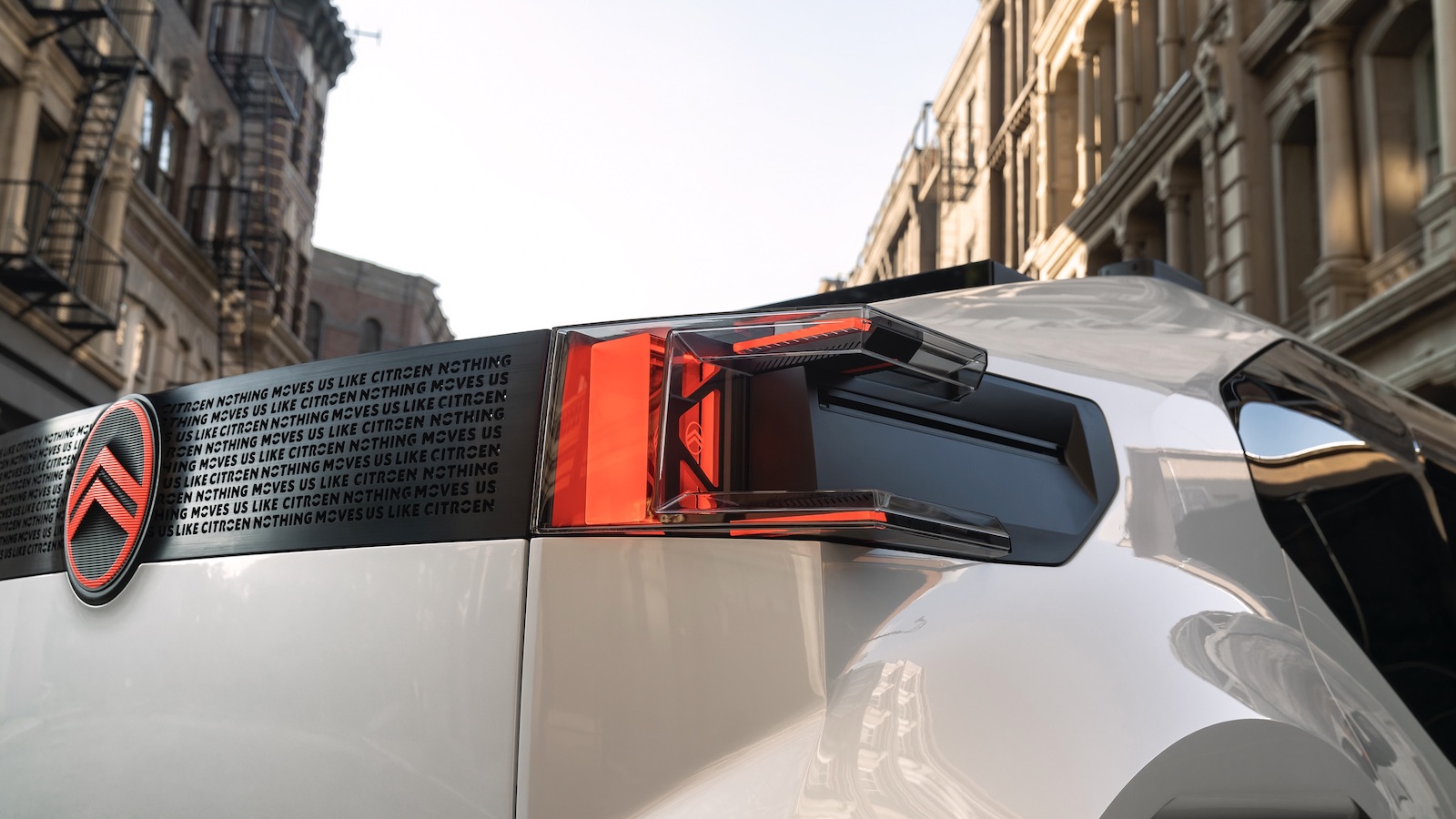 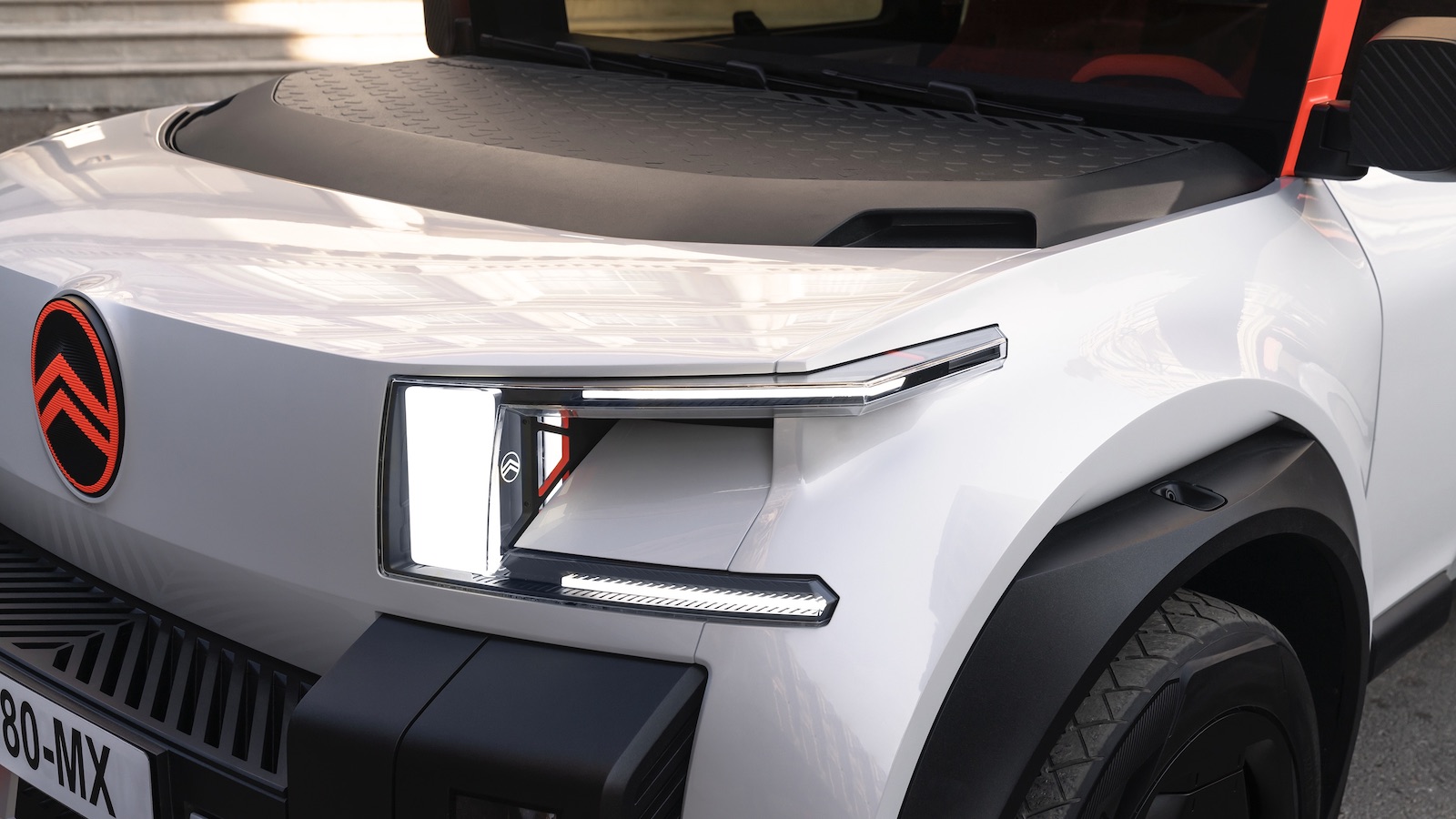 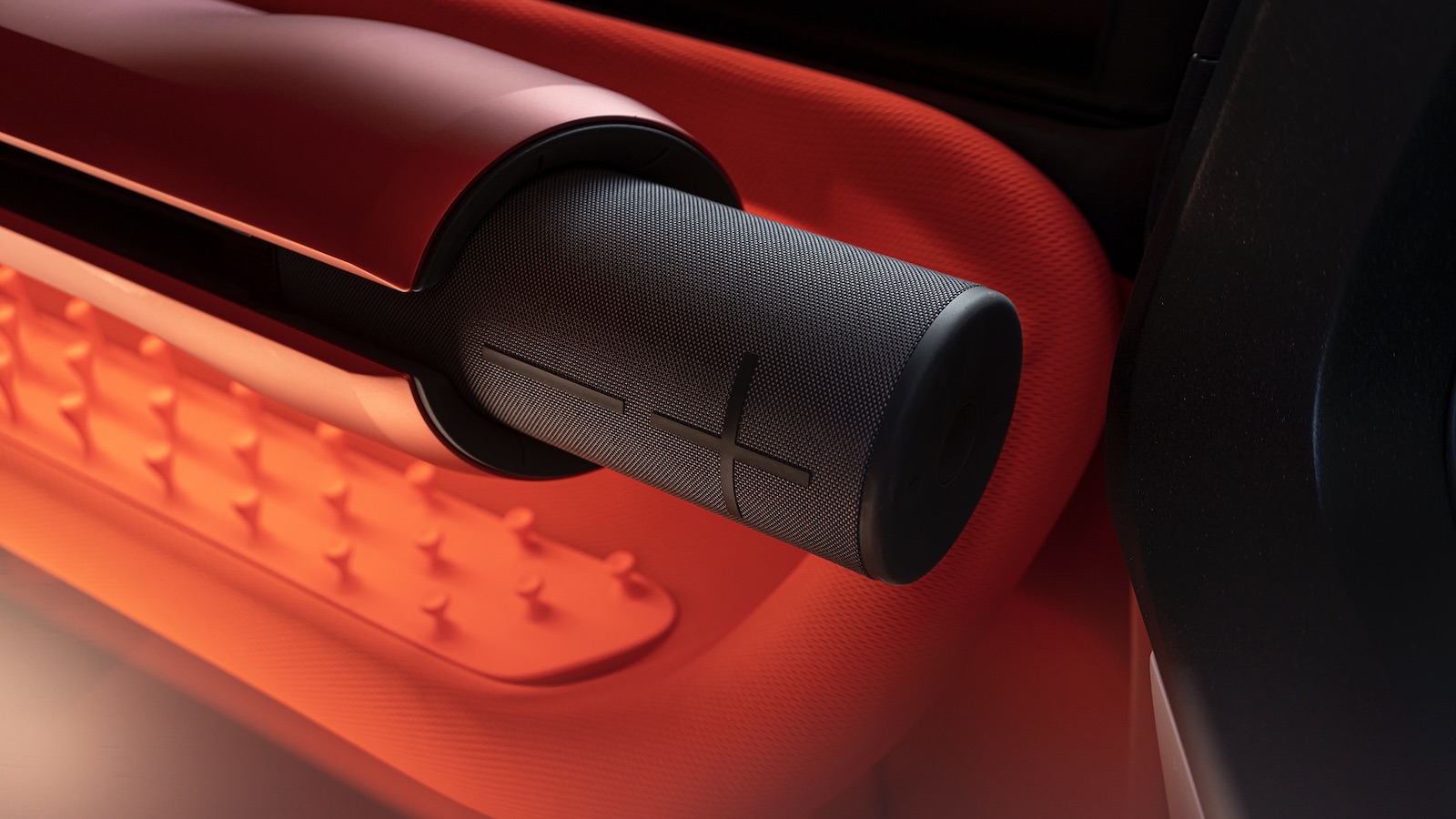 Really, the whole thing seems entirely rooted in pragmatism and a long-term view. Even the tyres – Goodyear’s ‘Eagle GO’ concept – are almost entirely made of sustainable or recycled materials, and can be regrooved twice before they need be replaced. At which time, of course, they can be recycled. Goodyear’s aim is to get 310,000 miles out of a set before that happens, which offers up the new and slightly unnerving concept of buying a 15-year-old car with ‘original tyres’ and not immediately heading to the tyre shop to remedy that.

Of course, there are a few fanciful concept-car bits – the windscreen is as flat as three-day-old lager, the boot is an expandable ‘pick-up bed’, thanks to many folding things, and the roof is both load-bearing and lined with tough, grippy plastic. But at the same time, even the bits usually dismissed as concept car whimsy aren’t outside the realms of either possibility or desirability.

So Citroen, in case you were looking for something in the way of feedback, we’ll oblige: if you don’t put little Oli into production – as close as humanly possible to this concept – we’ll be expecting more than a ‘je suis desolate’.