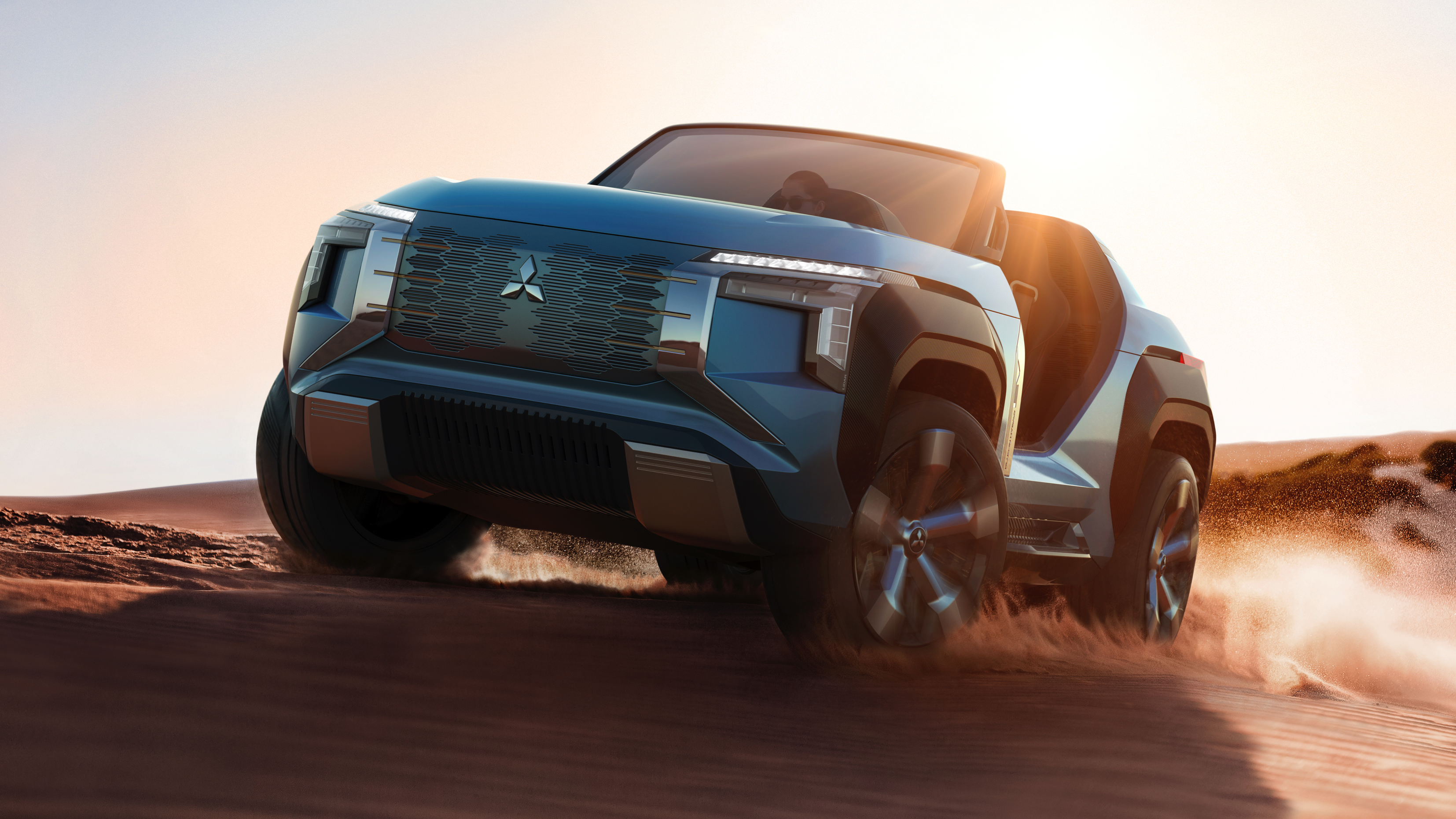 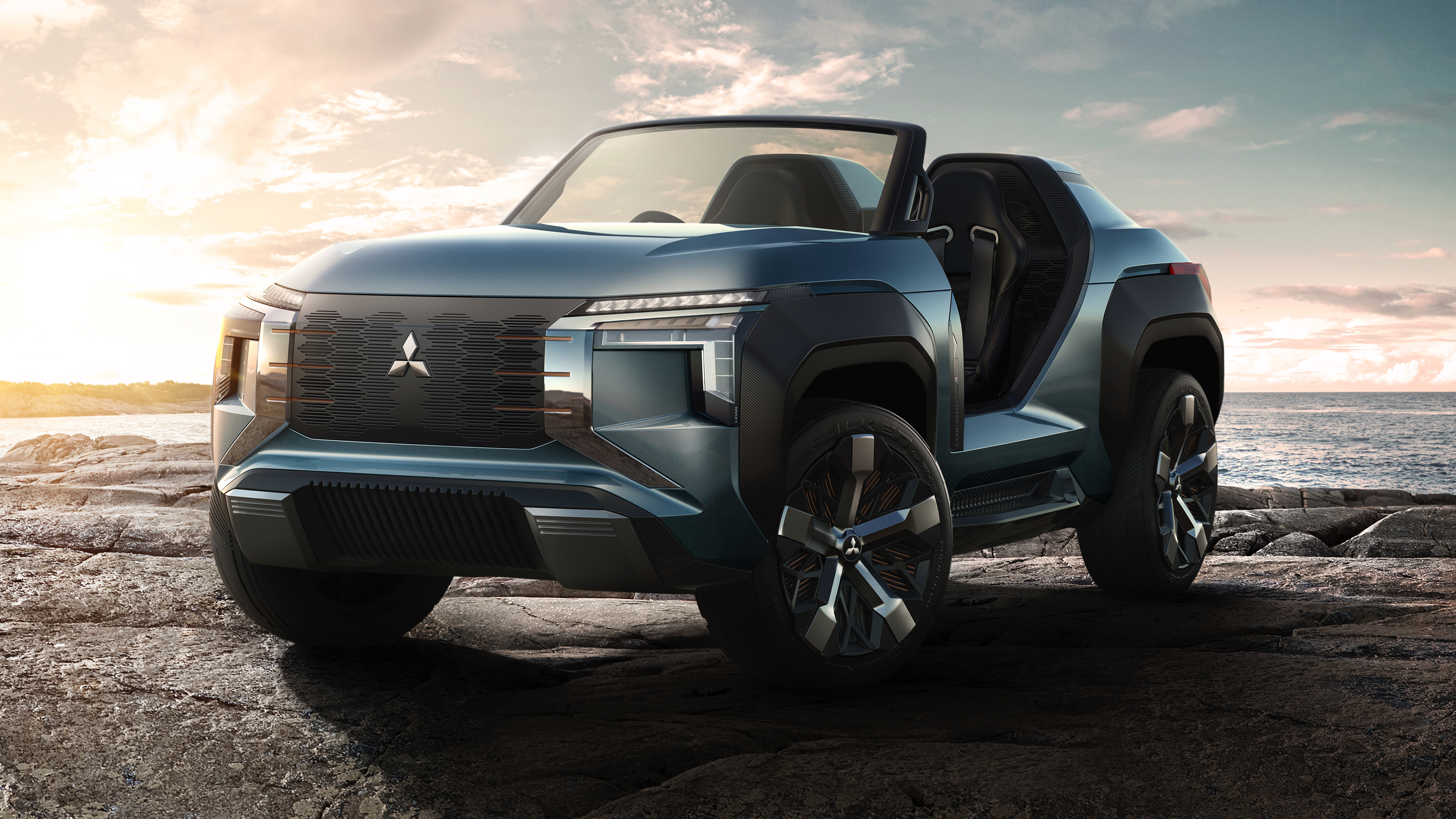 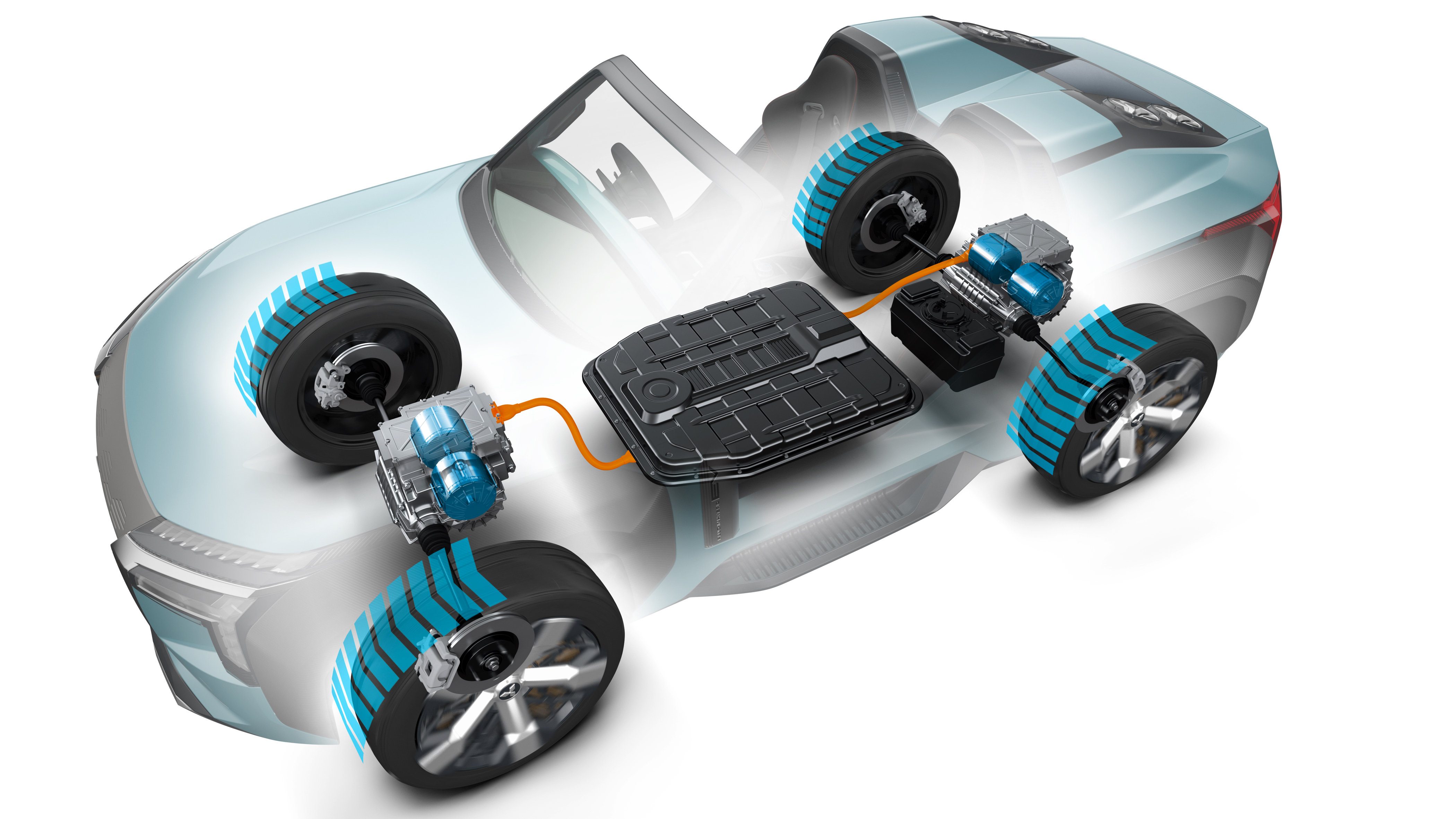 Right, before we try and get our heads around the Mitsubishi MI-TECH concept, let’s get your opinions on the looks. That face is the future of Mitsubishi. Referred to as the company’s Dynamic Shield signature, we first saw the imposing look on the Engelberg Tourer concept earlier this year. Now though, Mitsubishi has applied it to something decidedly more… interesting.

The MI-TECH concept has no doors, no roof and only two seats, but it’s apparently the size of a small SUV and has been built to go off-road with complete competence. In a world of stale, same-old concepts, it really is fantastically bonkers.

And we’re not just referring to those massive wheel arches. You’ll notice four fans towards the rear of the MI-TECH. They’re there because of the powertrain, which is essentially a jet-engined plug-in hybrid system.

Sounds amazing right? The MI-TECH is actually powered by four electric motors (one at each wheel for 4WD) but because Mitsubishi is pioneering plug-in hybrid tech, the batteries can be charged by a compact gas turbine engine-generator as well as by plugging into the mains. You’d never plug in, though, would you?

Plus, because it’s a gas turbine engine, you can run the engine on a variety of fuels. Diesel, kerosene and alcohol would all work. Tequila anyone?

The inside is pretty minimalist, with just a few keyboard style buttons on the dash. Although just wait until you see the augmented reality heads-up display – how cool is that? And definitely not distracting we’re sure. Mitsubishi calls it a Human Machine Interface (HMI) which can provide information on the vehicle, road, and surrounding traffic conditions.

We don’t know much else about the MI-TECH so far, although Mitsubishi does say that it can do 180-degree tank turns by counter-rotating the left and right wheels. This is fantastic.

We’ll hopefully find out more when it’s officially unveiled at Tokyo Motor Show, but for now, let’s all embrace the oddness.