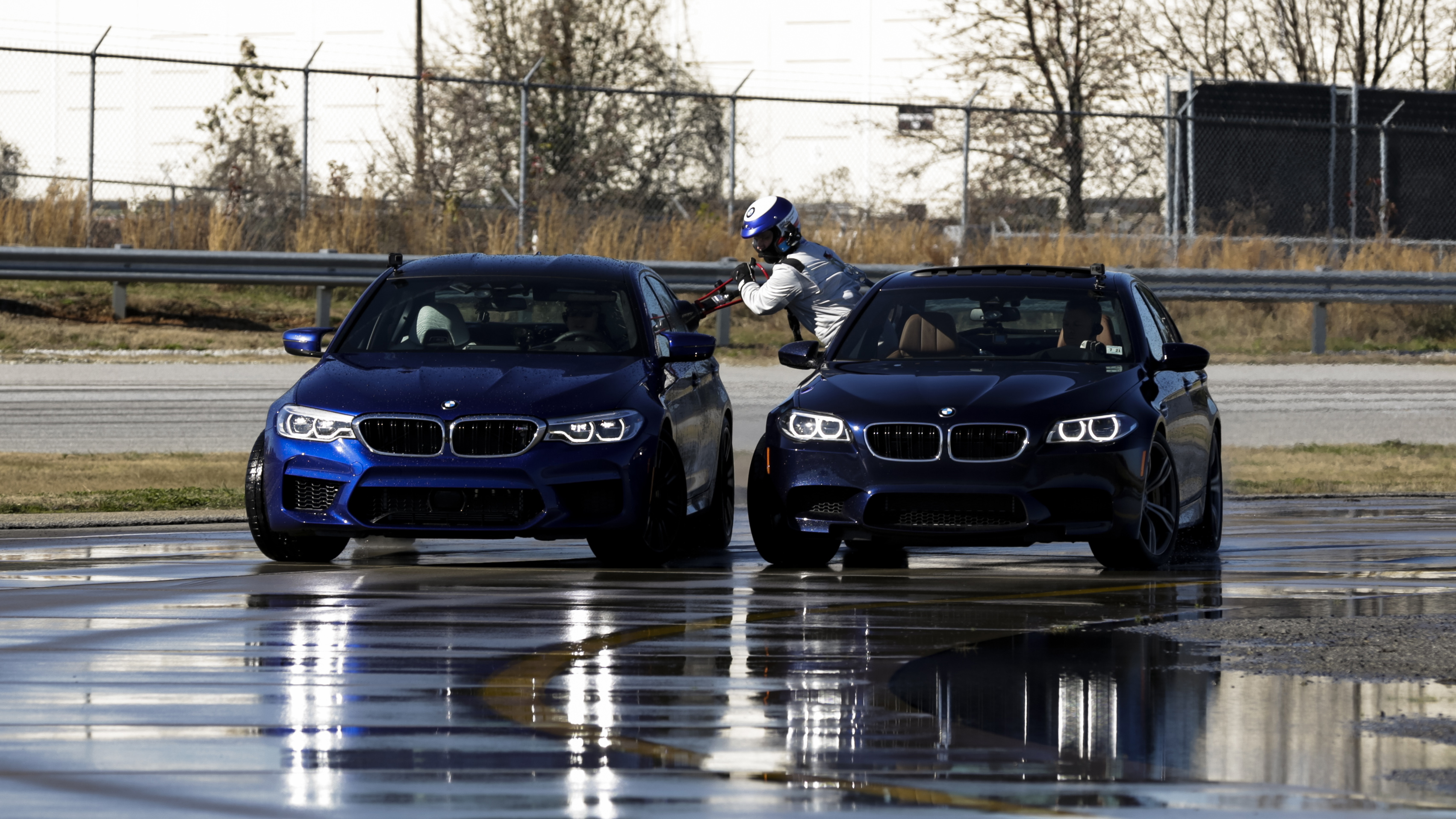 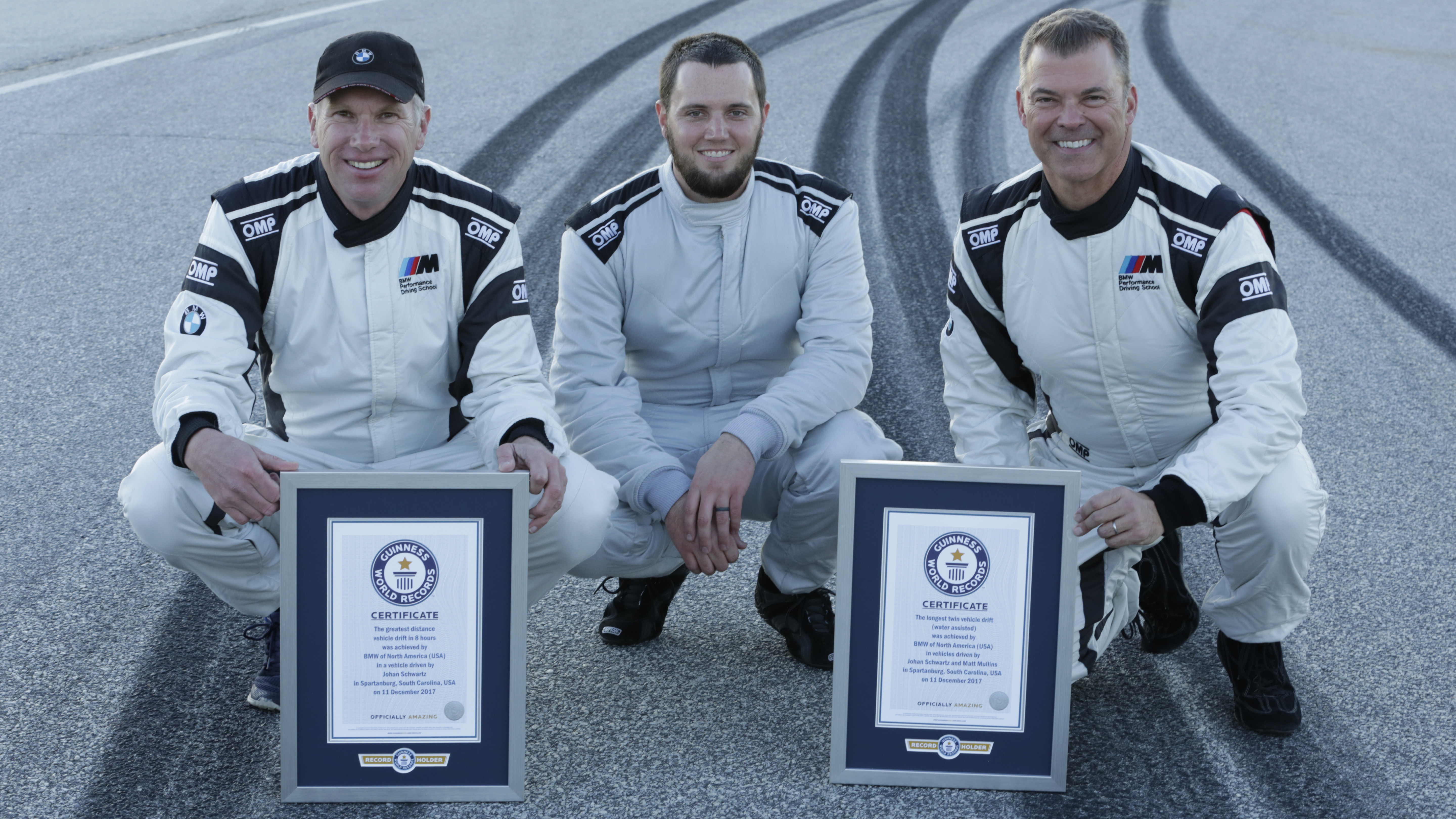 BMW once set a continuous drift record many years back. That was then snatched by Toyota. Today, BMW has reclaimed its honour, and – we have to say – with quite some style.

The facts are thus: on 11 December 2017, BMW driving instructor Johan Schwartz drifted the all-new, 600bhp M5 around a skid pad at the BMW Performance Centre. He drifted a total of 232.5 miles, earning the Guinness World Record certified title of ‘greatest distance vehicle drift in eight hours’. It eclipses the previous record by a whopping 143 miles.

To do so, BMW partnered up with a company called Detroit Speed to outfit the record-breaking M5 with a ‘dry break’ fuel system. Much like fighter jets refuel mid-flight. This meant that while drifting, a second M5 would slide up alongside and refuel.

That's right, an earlier F10 M5 refuelled its 600bhp sibling five times during the eight hour shift. It required an actual human (named Matt Mullins of Detroit Speed) to hang out of the window protected only by a safety tether, and physically fuel the thing. It also meant this second M5 would need to match the first M5’s drift.

Which brings us onto the second record. Because the first one needed to be refuelled and the second car needed to match the first car's drift, BMW also nabbed the Guinness World Record for the ‘longest twin vehicle drift (water assisted)’, covering a total of 49.25 miles over one hour.

“We knew going-in that if we were going to recapture the world record for longest sustained drift and set the bar as high as possible, we would need to find a way to keep the M5 going without stopping to refuel,” explained Schwartz.

“In the end, the refueling system worked flawlessly and the M5 performed as expected. It was a big win all around.”

You really have to watch the video to understand just what a feat this is. What on earth will Toyota have to do to reclaim its title? We’re calling it now: QUADRUPLE DRIFT WITH MULTIPLE CAR REFUELLING.

If you’re at the Consumer Electronics Show in Vegas this week, Schwartz and Mullins will perform drifts in the M5 every hour...