After the Spaniard's mind-boggling impact, TG dusts off its trusty calculator 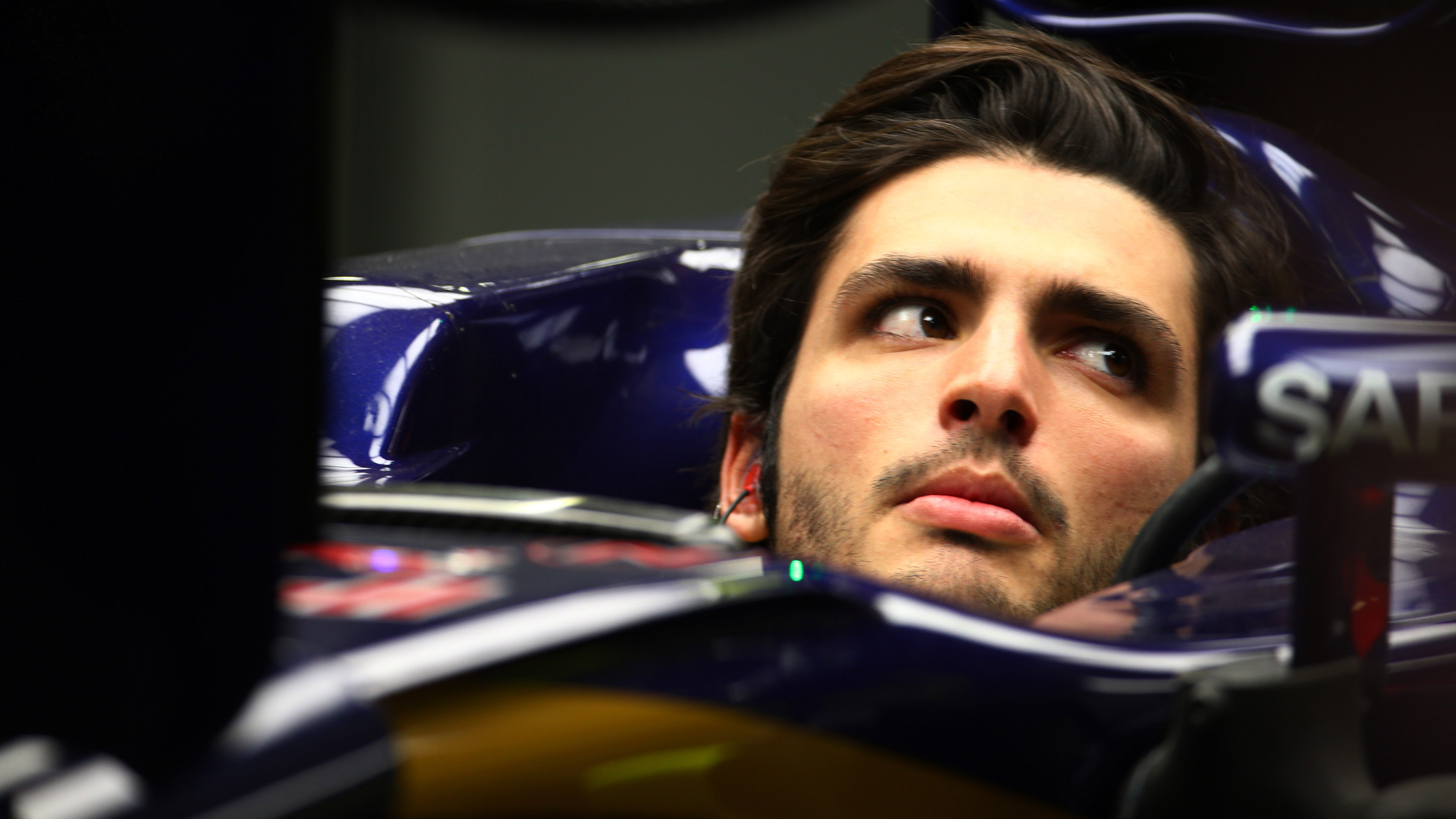 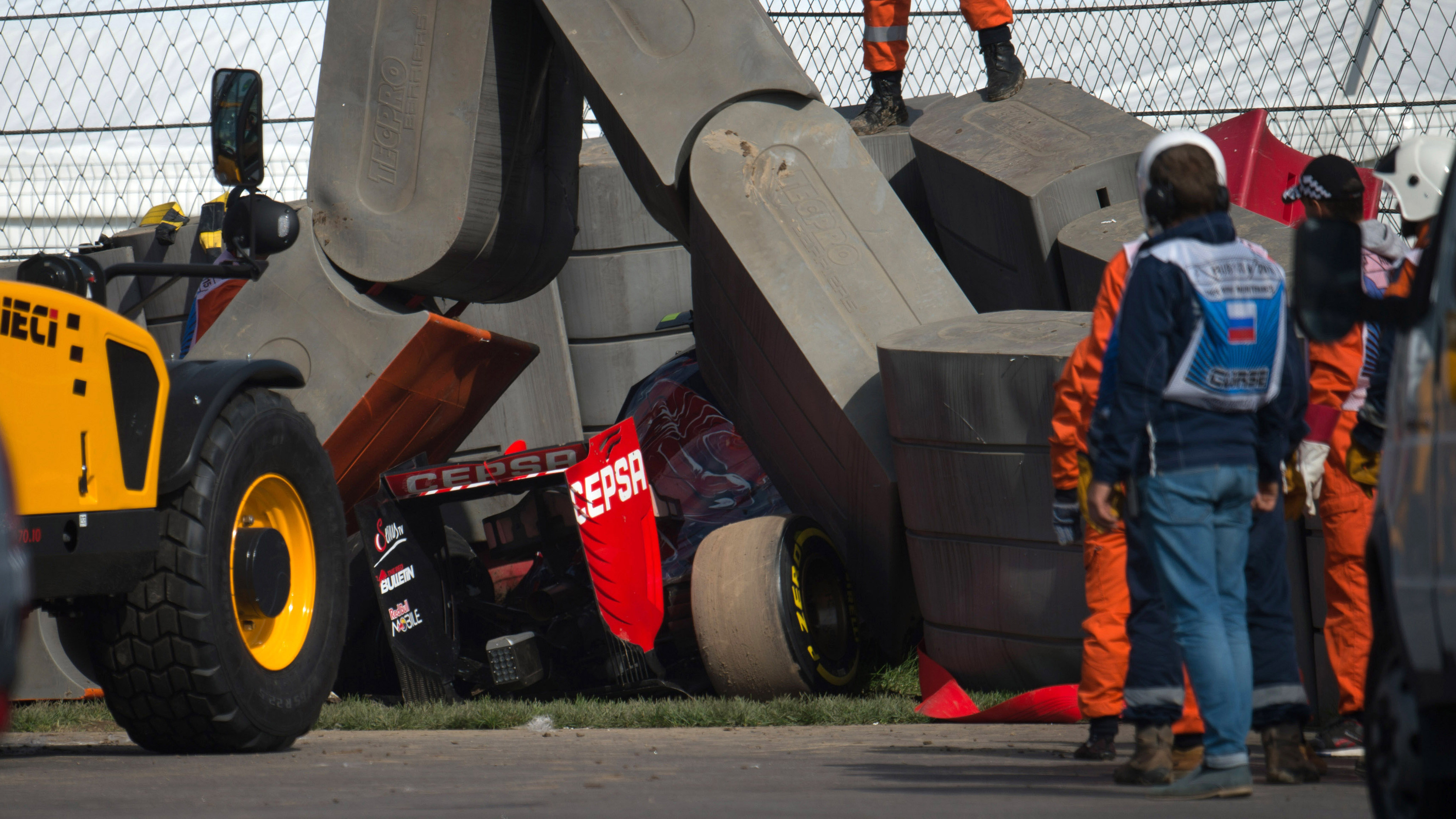 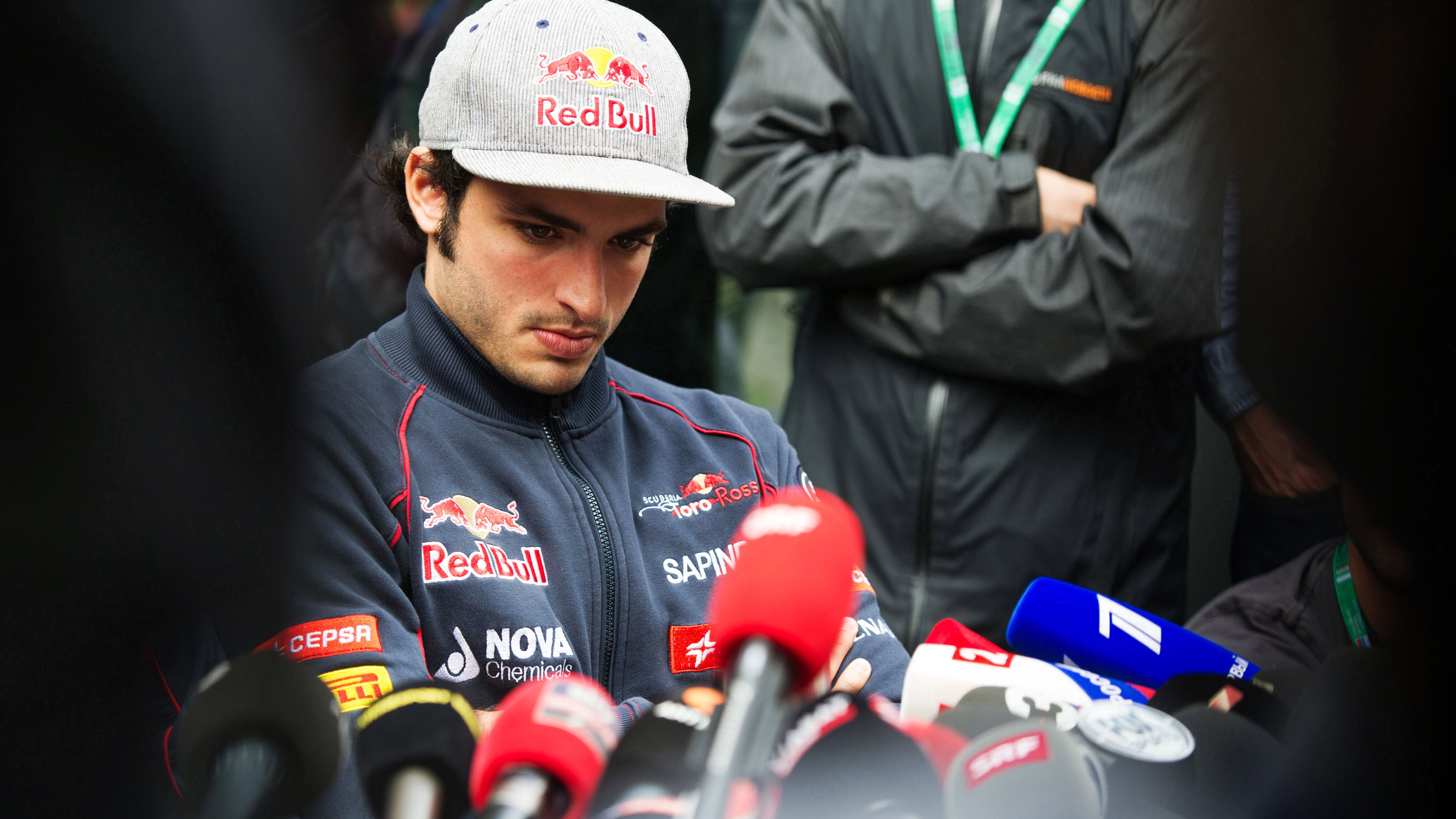 Toro Rosso driver Carlos Sainz had an almighty scare during free practice at the last grand prix in Russia, losing control of his car before hitting a wall at roughly 93mph.

Amazingly the 21-year-old suffered no significant injuries and was able to race the next day, albeit having spent the night under observation in a nearby hospital.

It was reported that Sainz's impact was measured at 46G, several times what you’d expect to escape unharmed from in an everyday road-going vehicle.

But what exactly does that number mean?

Well, it’s at this point we need to clarify that the widely used figure of ‘46G’ – including the one in the headline on this page – is, um, wrong. Or at least the unit is.

The correct unit for expressing g-force is g, written in italics to avoid confusing it with grams. G – written in capital form - is the ‘gravitational constant’ which was used by Newton, Einstein and very many clever people since.

In reality, when someone refers to accidents in terms of ‘g-force’, they’re actually talking about acceleration. Or in this case, deceleration.

If you were to drop a stone off the edge of a cliff, the effect of the earth’s gravity would make it fall at a rate of 9.81m/s2. So after one second it would have a speed of 9.81 metres per second, 19.62 metres per second after two seconds, and so on until it reached terminal velocity.

When Sainz hit the wall at Turn 13, his peak rate of deceleration was 46 times greater than the pull of the planet, approximately 451.26m/s2. To put it another way, that's the same as going from 1009mph to a complete standstill in the time between ticks on your watch.

While that settles in, some application of old-school maths makes Sainz’s crash look even more staggering.

School physics taught us that ‘v =  u + at’. Stick with us, it'll be OK. If we assume (albeit incorrectly) that the Spaniard’s average deceleration was 451.26m/s2 over the duration of the incident, and that the 46g figure is correct, we can also work out roughly how long it took the Tecpro barrier to stop him.

Even allowing for a bit of leeway given the various margins of error, the majority of Sainz's impact can’t have lasted much more than a couple of tenths.

Then there are the effects of mass to consider. If we were to say that Carlos has a mass of 70kg, then for a very short space of time during the crash his body would have weighed well over three tonnes.

Got all that? Good. Treat yourself to a gold star.

Information from crashes like the one we saw last weekend is collected by a device called an Accident Data Recorder (ADR), which was introduced to F1 in the late 90s. In line with the FIA’s technical regulations, this is wired to a light within the cockpit which triggers in impacts over 18g.

This is to let marshals know when drivers may need treating with care in the aftermath of a serious collision.

With so much concern surrounding head injuries in particular in motorsport, such devices are extremely important. Just ask former F1 driver Robert Kubica. 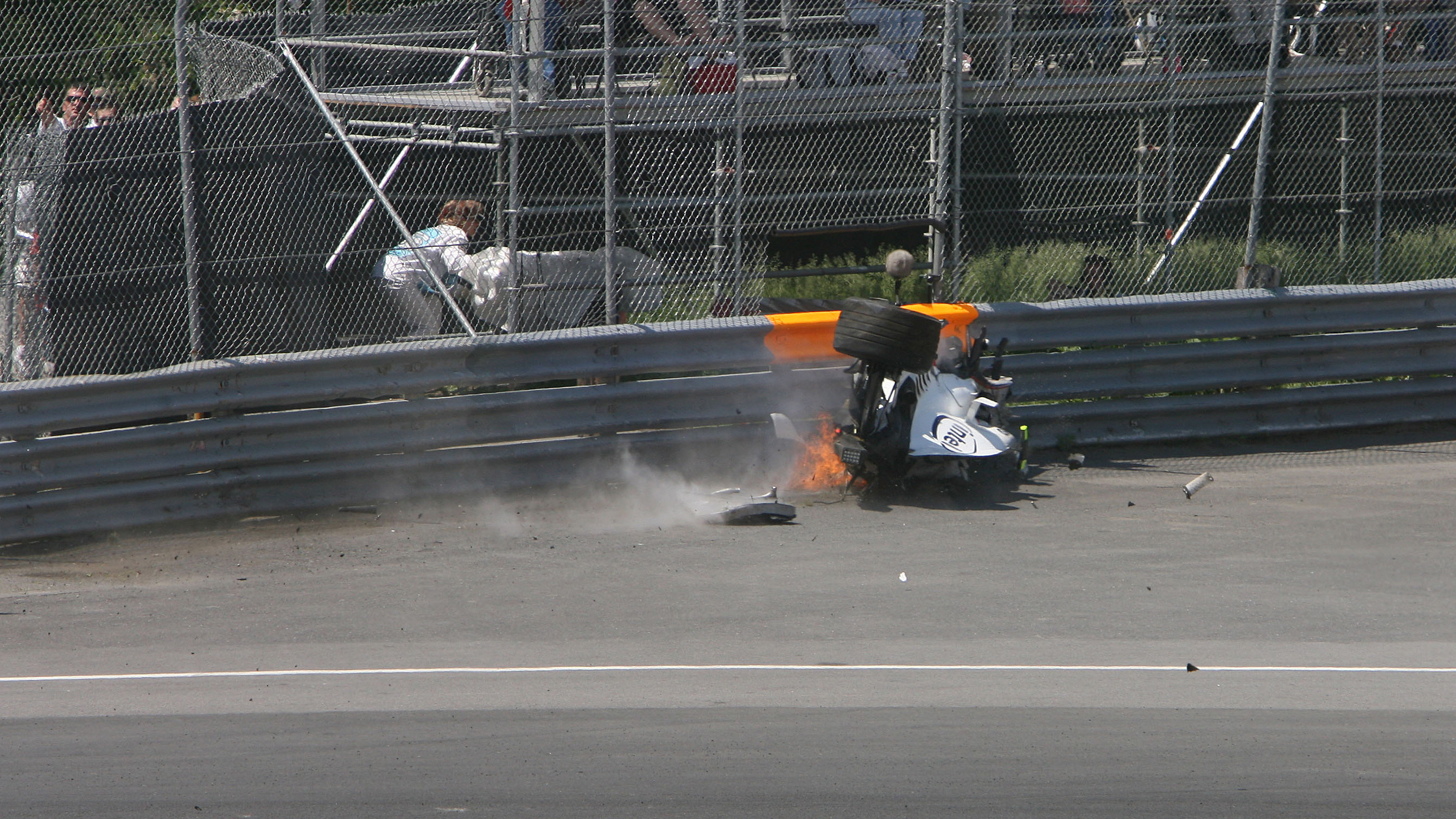 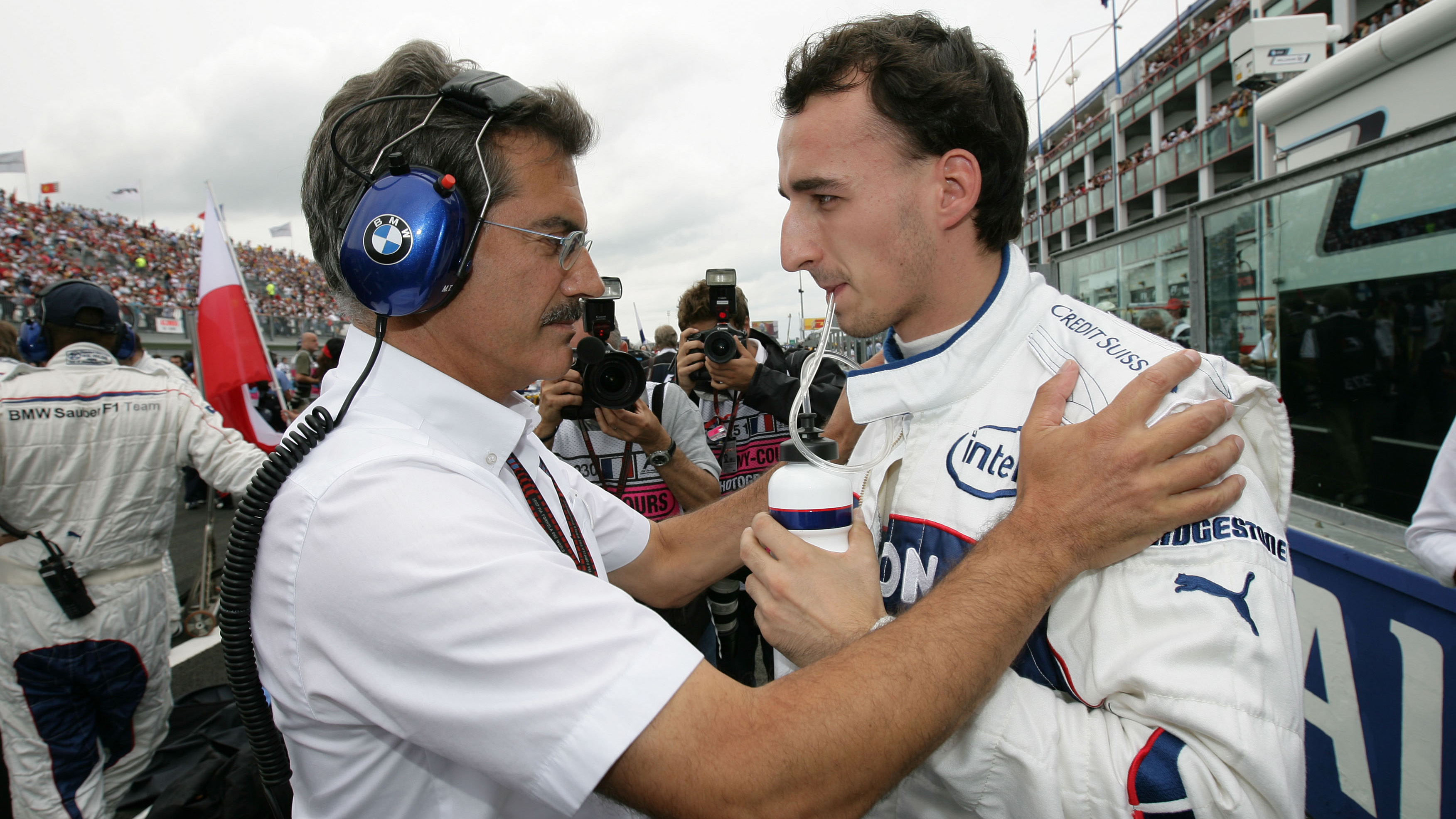 The Pole briefly hit 75g at the 2007 Canadian Grand Prix, suffering only a sprained ankle and concussion after a spectacular high-speed accident demolished his Sauber.

Kubica later said he remembered “nearly everything” from the incident, also admitting: “I was very lucky. Big accident, but fortunately nothing hurt." He sat out the following race in the US before returning to finish fourth at the French Grand Prix.

His wasn't the biggest crash on record though. That belongs – to the best of our research – to Kenny Bräck, the Swedish racer who smashed into the fencing at Texas Motor Speedway in 2003 at a scarcely believable 214g. Two hundred and fourteen.

Bräck suffered multiple fractures and breakages, needing a year and a half to recover from his injuries before returning to motorsport.

As far as Formula One goes, it underlines just how important safety advances are in the modern era. The cars may be easier to handle from a driver’s perspective these days, but stopping 700kg+ of out-of-control carbon fibre and metal from as much as 200mph remains perilously difficult.

The fact that Sainz was fit to race as well as he did, just hours after being released from hospital, is a testament to how far the sport has come. But as the loss of Jules Bianchi in July shows, F1's battle for safety is never done.