Could this be the new Toyota Supra? | Top Gear
Advertisement
Detroit Motor Show

Could this be the new Toyota Supra? 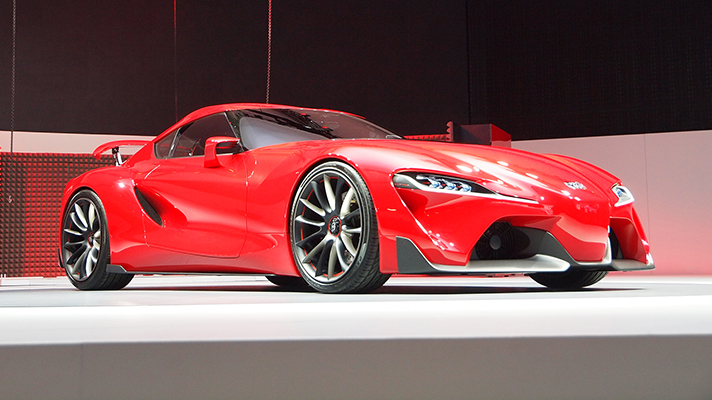 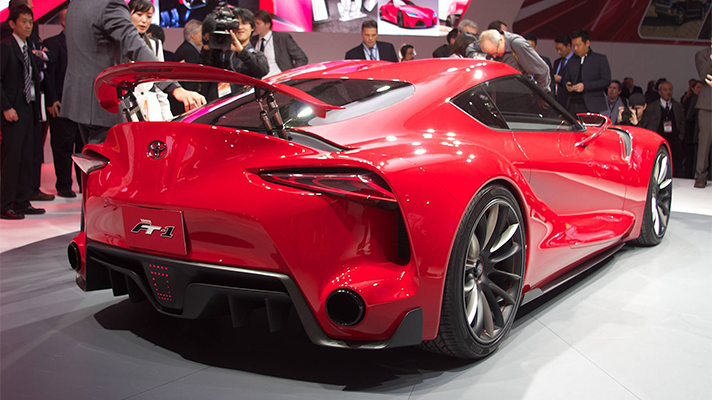 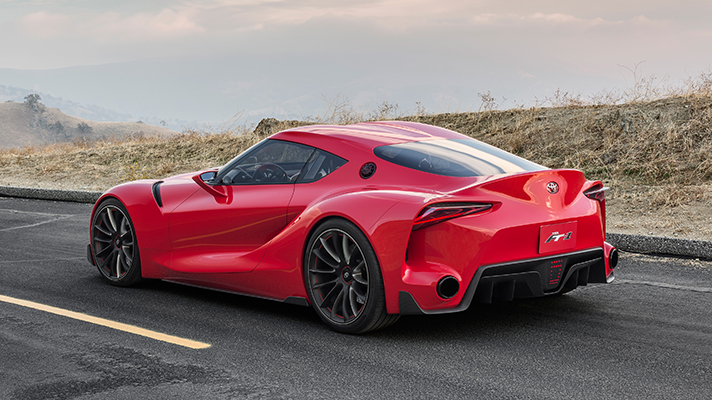 Toyota pulled the first surprise of the Detroit Motor Show by unwrapping the FT-1. It's a serious high-end sports car. Beautiful too.

Unfortunately it's only a concept and they're being a bit cagey about whether it will go into production. On the other hand they have made a virtual FT-1 too, and from tomorrow you can download and drive it on Gran Turismo 6.

It was designed at Toyota's California Studio, Calty. Calty President Kevin Hunter says the FT in its name simply stands for 'future Toyota'. It's the same message as the company was giving out at November's Tokyo Show: we don't just do appliance-cars now. Hunter says the company used to be very conservative about moving on from a successful (if dull) formula. Now the top management in Japan want cars that excite the fizz. The FT-1 is the current state of that art.

At the same time as the physical concept was being designed, Calty sent the digitised shape to Polyphony. The game people went ahead and developed the virtual car's performance.

"We put [Toyota global boss] Akio Toyoda in the virtual car around Fuji Speedway," says Hunter. "He posted his best time." Toyoda immediately told them to get the concept built and shown.

Hunter says the concept has a "powerful internal combustion engine" but won't go into detail. But TG asked him if it's a hybrid and he said no. It's rear-drive. Much of the body design is about dealing with clean air in and dirty air out.

But it also pays reference, in the wraparound screen and side glass, to the epic Toyota 2000GT of the late-1960s. They also mention the Supra as an indication of this car's position.

Inside, there's a head-up display and race-type steering wheel peppered with controls. The upholstery is light and spare.

So will it be built, and if so will it look like this? Hunter says: "The dimensions are exaggerated for a show car." Toyota has a pretty good record of putting concepts into production, and certainly all its sports cars appeared as concepts first (though not all its sports concepts did make production).

TG mentions this and pushes Hunter on the possibility of a road version. "Our concepts always have a purpose. But," and he shrugs and looks resignedly at his PR minder, "I can't say more than that at this time."

But he does insist, repeatedly, that elements of the design theme do show how Toyota is thinking for all sorts of cars. The company wants to get more sexy.