The Audi e-tron is now the Audi Q8 e-tron 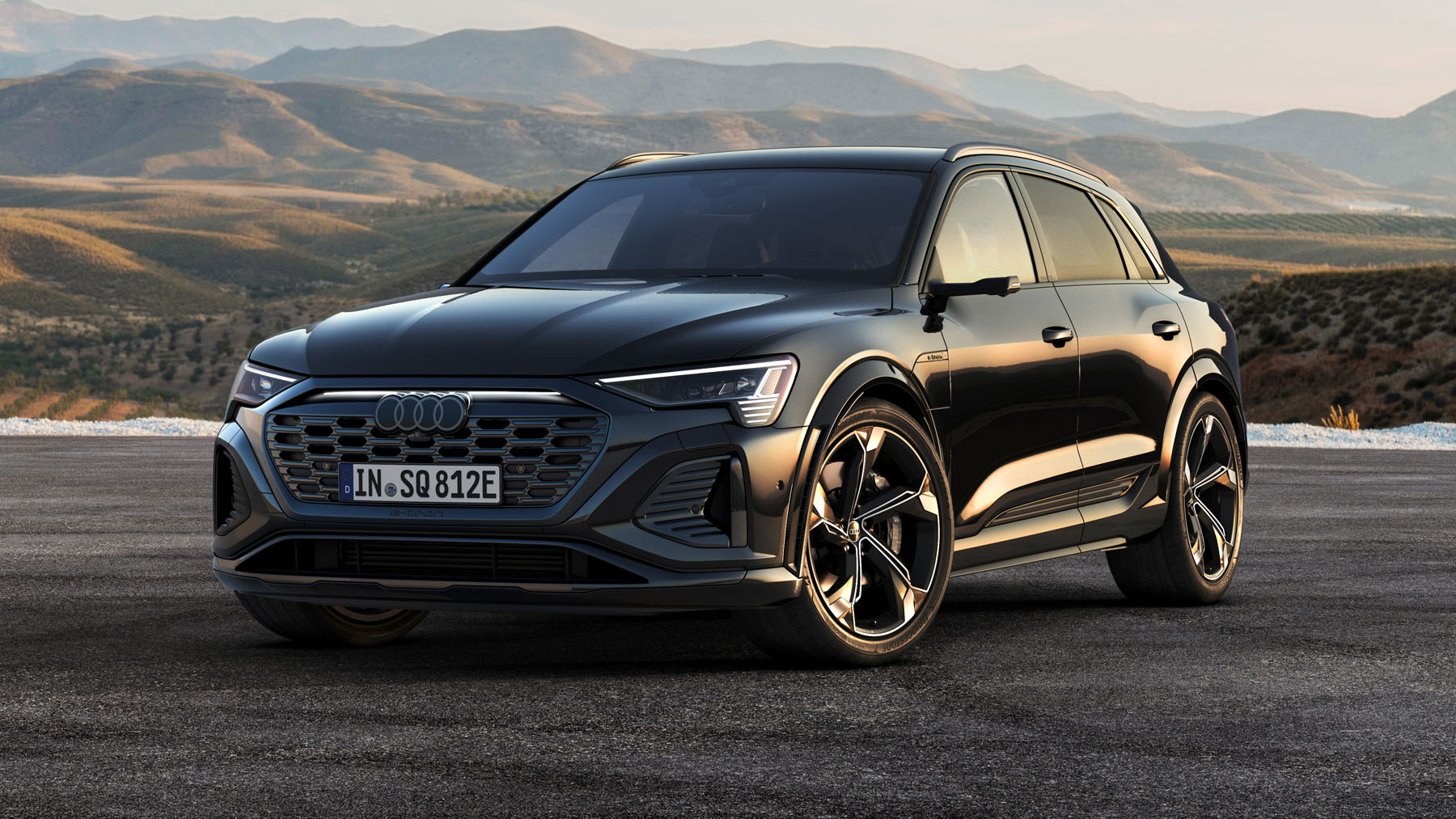 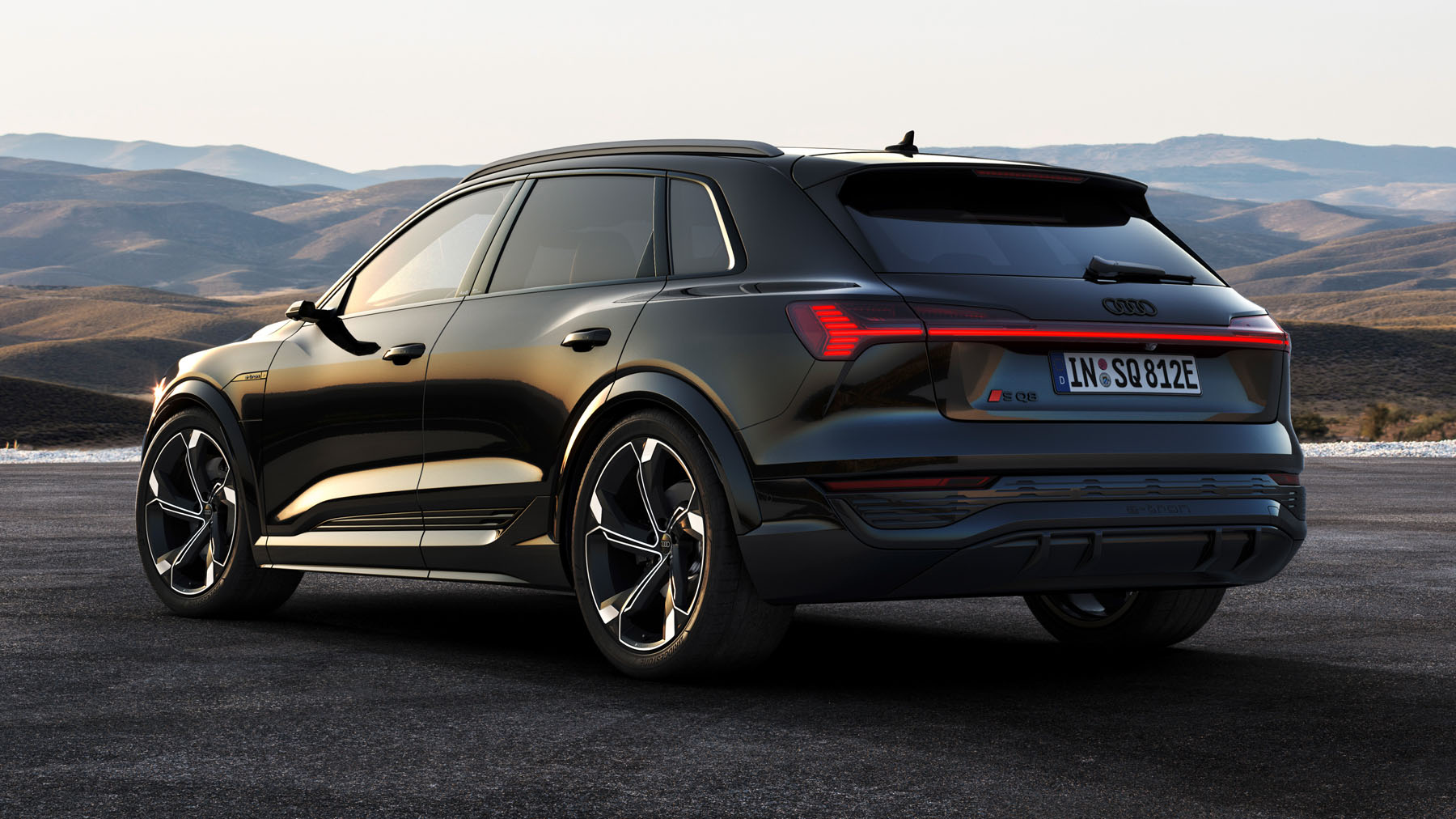 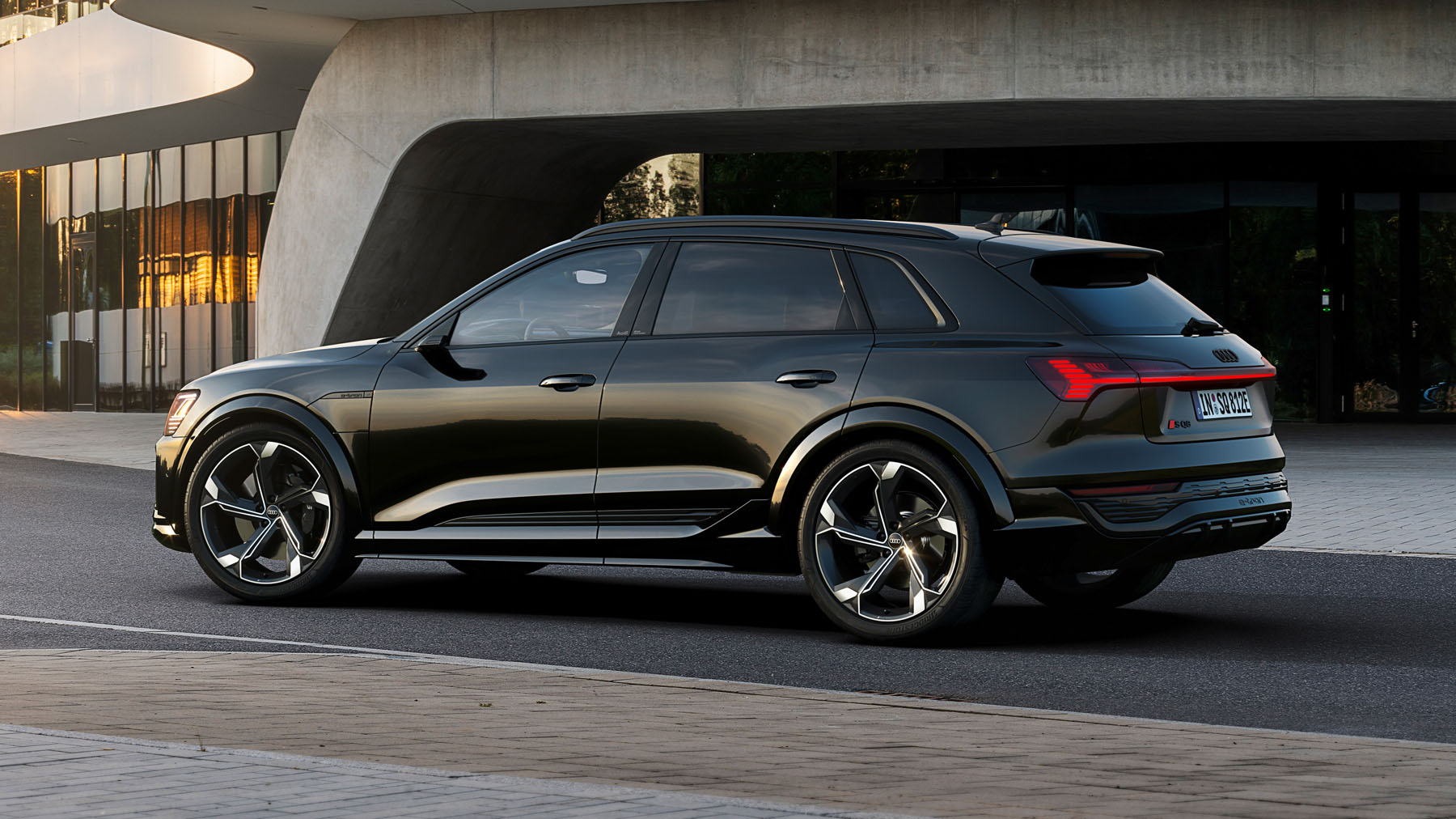 More on that later. The standard Q8 e-tron – which we shall refer to as eQ8 because it’s simpler – wears its new nameplate atop a subtly redesigned body, notable via the new front and rear. We’re told it wears a new ‘corporate identity’: a 2D imprint of those famous four rings. Handsome, for something like this.

As before, it comes in either regular SUV shape or Sportback (the coupe-fied one). Measuring just under 5m long like the car it replaces (just shy of a Merc S-Class, for context), it features a twin-motor all-wheel-drive powertrain producing 335bhp in the ‘50’ e-tron, or 403bhp in ‘55’ e-tron. Nope, still no sense.

Each motor now packs an additional pair of coils – 14 rather than 12 – which apparently allows them to kick out more torque from less electricity. Every eQ8 comes with air-suspension able to adjust body height by 76mm, while the ESC system has been calibrated for “more adjustability, especially in tight corners”. 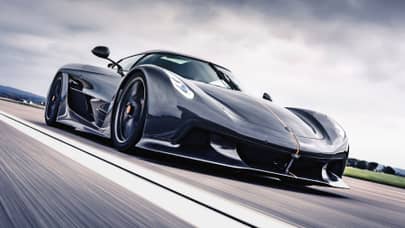 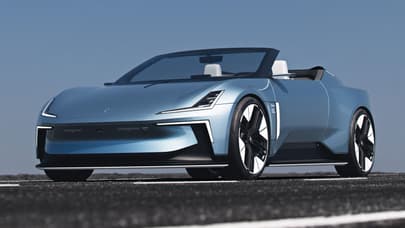 Just like the outgoing Audi e-tron S, this new SQ8 boasts a tri-motor setup, here producing a very healthy 500bhp output via the bigger of the two batteries on offer. Audi hasn’t released any 0-62mph data, but we do know this car is lower and a fair bit wider than the regular cars, and the old car did it in 4.5s.

There’s quicker, more feelsome steering onboard across all three eQ8s, and Audi says all the chassis control systems have been adjusted but remain “balanced”, because even elephants like to dance, y’know.

Let’s address the other elephant in the room – range. The 335bhp version features an 89kWh battery and gets a claimed range of up to 281 miles in the SUV and 290 miles in the Sportback, no doubt owing to the latter’s slipperier bodyshape. Indeed both cars get a better drag coefficient thanks to better underbody airflow, bigger front axle spoilers and new rear axle spoilers. 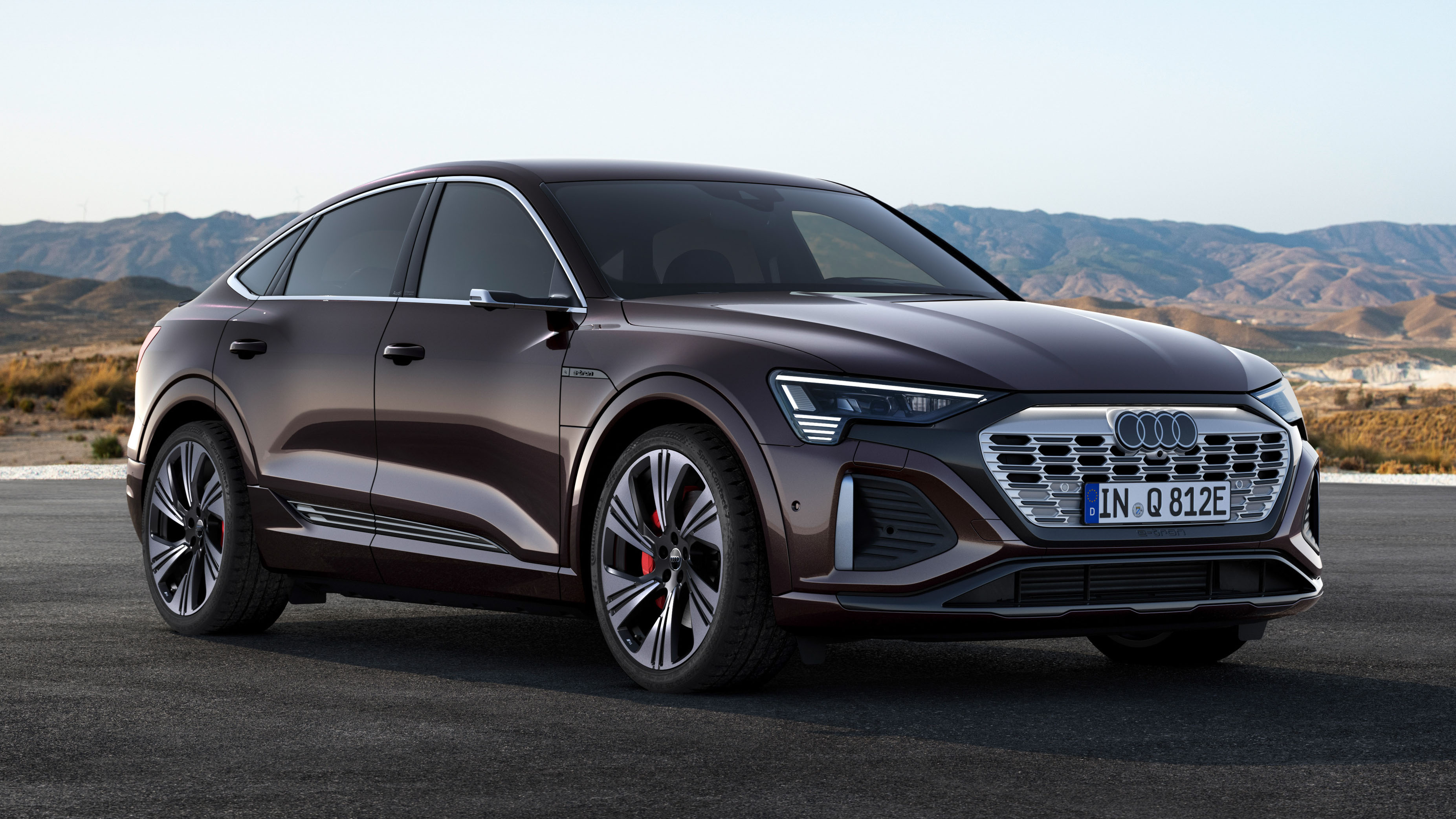 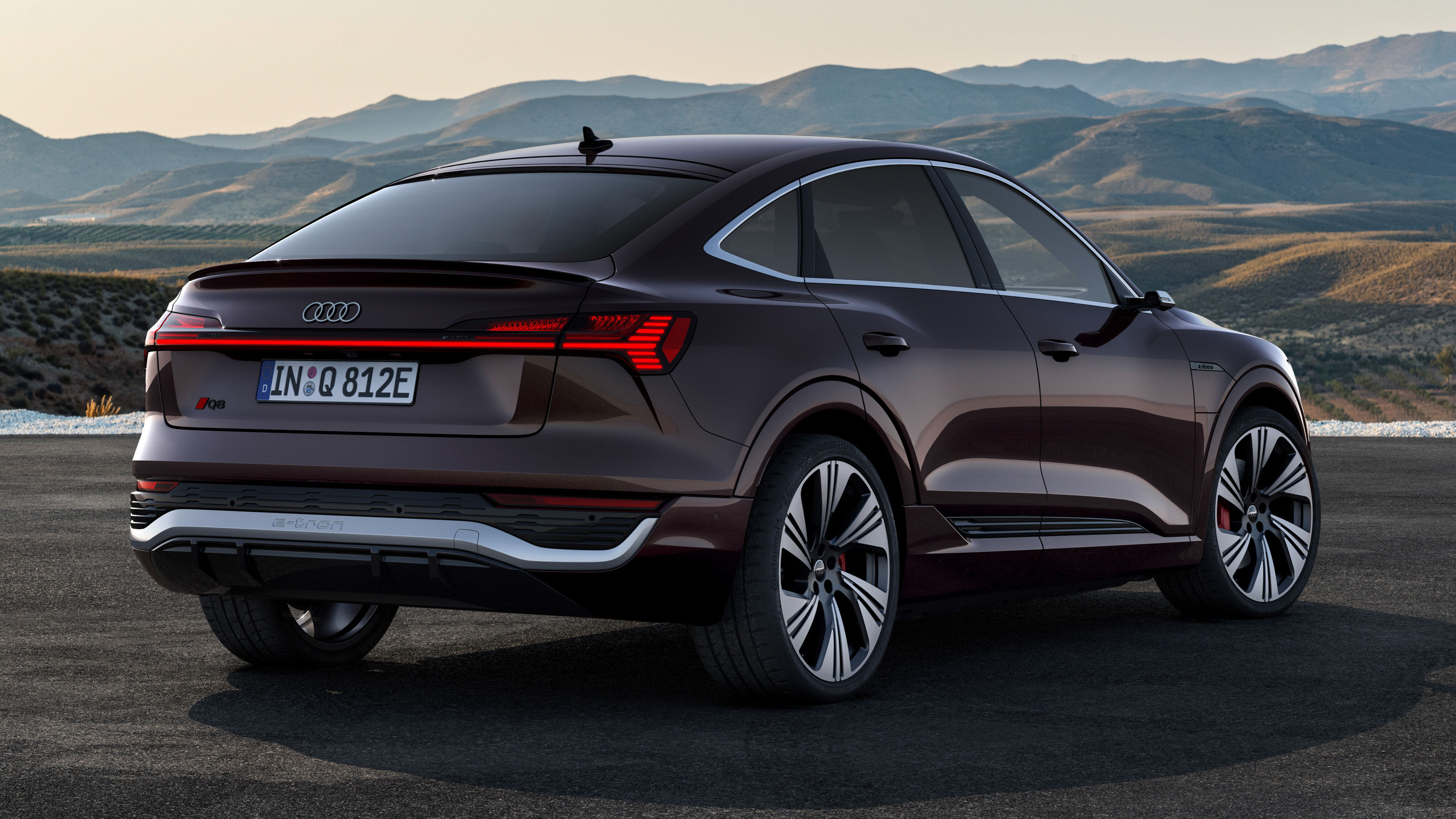 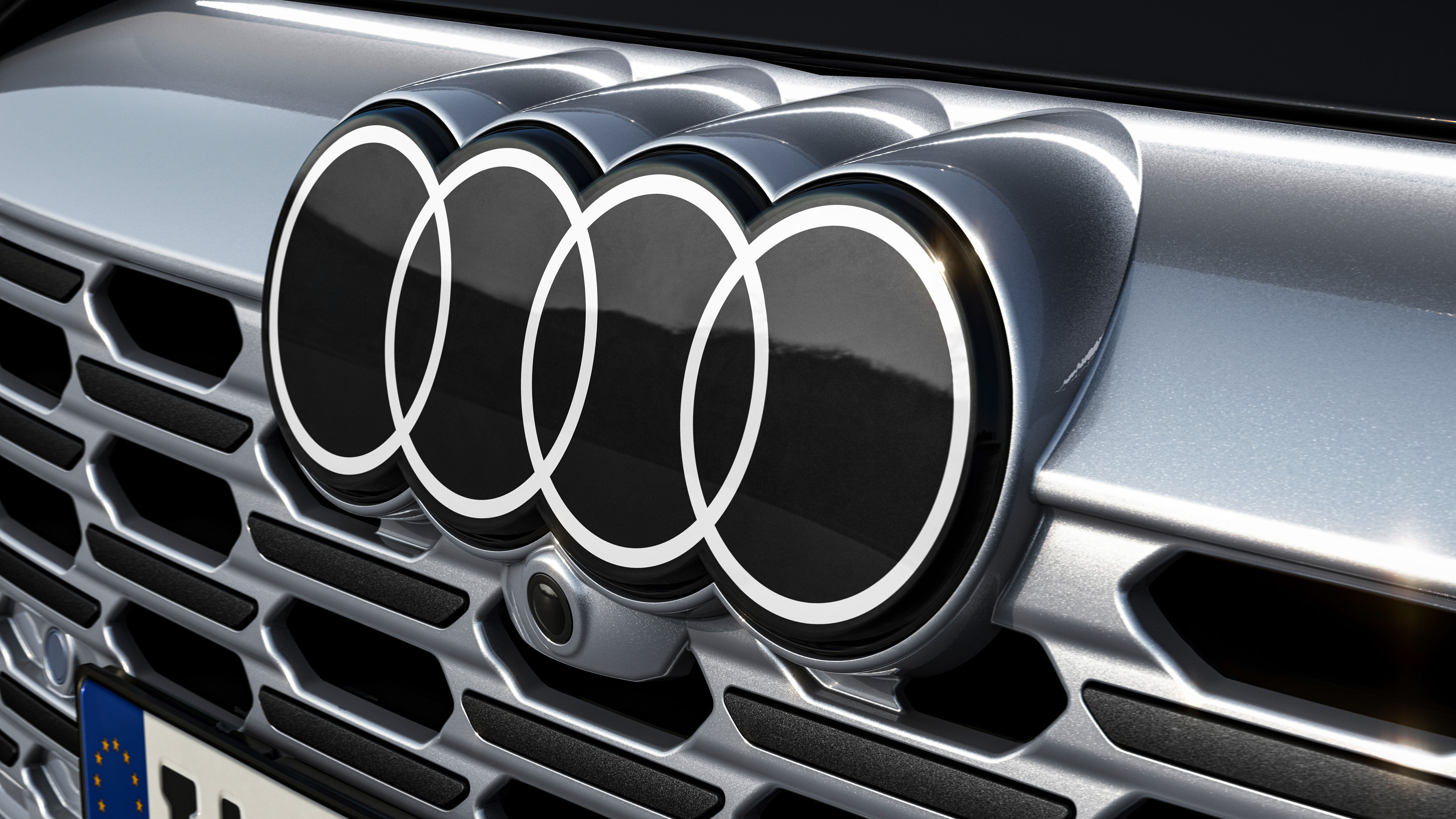 The 403bhp car offers up a little more – bigger battery (106kWh), with a claimed 330 miles range in the SUV and 343 miles for the Sportback, and Audi reckons this unit can be charged from 10 to 80 per cent – up to 240 miles – in just 31 minutes using a 170kW charger, so the very best of luck to those in Britain trying to find one of those – nothing screams ‘luxury’ like an EV charger treasure hunt.

Elsewhere it’s textbook Big Electric Car. Over 40 driver assistance systems spanning countless sensors. LED headlights. The interior is textbook Audi, featuring the crystal clear ‘Virtual Cockpit’ and 10.1in and 8.6in high-res displays, and carbon neutral materials used for the interior which will no doubt be impeccably built. There’s voice control and remote parking will be available from next year.

No word on prices just yet, but it’ll go on sale later this month and be set for customers by April 2023.