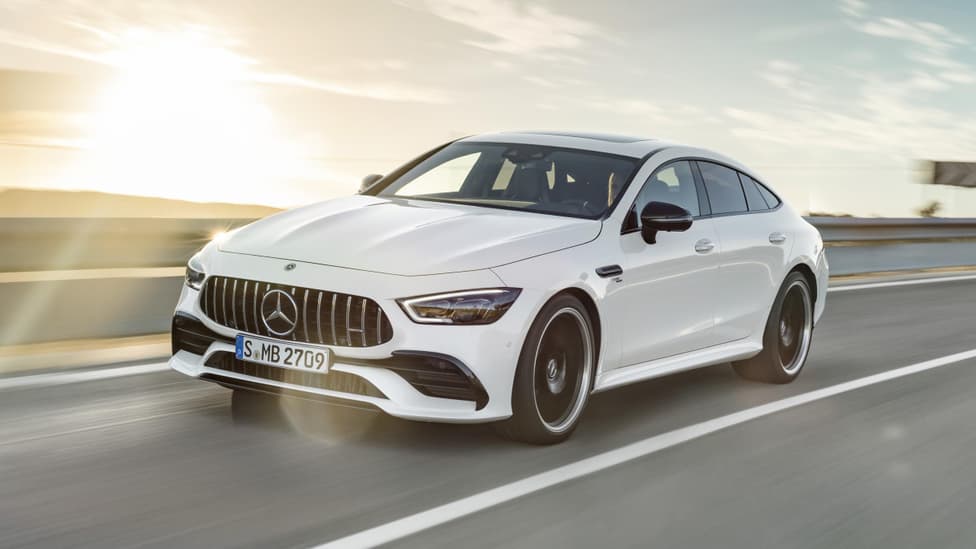 Mercedes-AMGs are going hybrid. Of course they are, you might say, especially given the AMG One hypercar is just around the corner, letting loose a Formula 1-derived petrol electric powertrain on actual public roads.

But there’ll be a much bigger suite of cars that follow it, promises AMG boss Tobias Moers, as his brand attempts to fit into Mercedes’ grand sustainability plan, one which will apparently see its whole operation go carbon-neutral by 2039. A big ask when you’ve got a bunch of V8 super saloons in your range.

“It’s a plug-in hybrid but a different adaptation: still a very performance oriented 4.0-litre V8 put together with a purpose-designed unit on the rear axle and a Formula 1-developed battery. We can get a lot of power out of the battery because the thermal behaviour is totally different, and we can harvest a lot of power back into it.”

It’ll have much shorter electric-only range than other Mercedes hybrids, though. “It depends on the segment,” says Moers. “If you have a demand for a very high-performance car, we compromise range. In an S-Class, where weight is not the biggest topic, then maybe we have a larger range. The technology will adapt depending on segments, and demand on performance.”

If AMG is to fit into Merc’s targets, though, it’ll need to go fully electric at some point. We’ll see the first example of an AMG EV in the early 2020s, Moers says. “We can transform a C-Class into a C63, so we can transform an EQ model into an AMG as well. And we have more ideas and creativity, but we say nothing for now.”

So while most AMGs are known for their V8 rumble – among other facets – it’s a noise that might soon come with a shelf life. “The next generation of AMGs you’re going to see the V8,” says Moers, “but the generation after that? I don’t know.”

We ask if his team are working feverishly on sussing out the sound of an AMG when it’s just whirring motors providing the propulsion, and Moers responds bullishly.

“We started that journey years ago. We ask ‘what is an AMG signature sound for EV?’ You can do everything, almost. It could sound like a Podracer in Star Wars or it could sound like a typical V8. You can filter frequencies out of the electric drivetrain, you can support them, change them… whatever happens, the sound should be authentic.”

Worried about the future? Or excited to see what AMG’s next chapter looks (and sounds) like?