If you ride in the forest and don’t make a sound, can you even say you went for a brap? 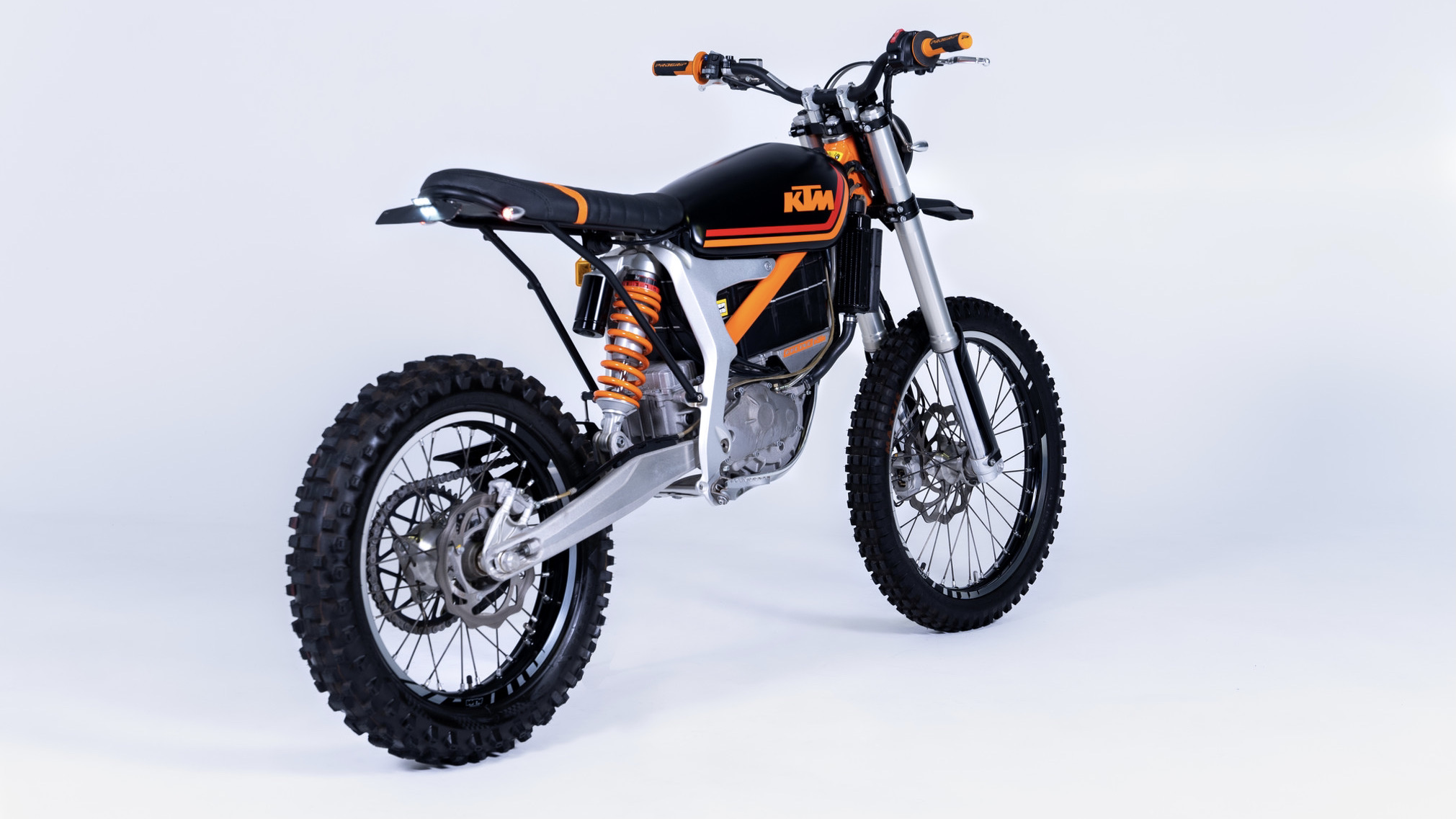 Electric motorbikes are a bit of a hard sell, it seems.

In our generally fortunate part of the world, a motorbike of any stripe is a discretionary purchase – we buy one because we want one. If you just need to get somewhere and don’t really care how, you use a car. As for electric power in any form of transport, the absolute morass that passes for ‘reasoned discussion about the pros and cons of electricity versus fossil fuels’ is reason enough to go full Walden and then stay that way. So motorbikes are fearless, heart-over-head decisions, and electric motorbikes perhaps even more so – which is a real problem when modern electric motorbikes just don’t seem to be capturing hearts.

Or at least, they weren’t. Enter Grid Cycles and its first off-road creation, the Scrambler, which has annexed every last valve and ventricle of our cold dead heart and filled it with things we did not expect from 2021, like joy and optimism.

In a way, Grid’s creation follows the basic ethos of a scrambler – i.e. nothing there that doesn’t absolutely have to be – but pretty much chucks the rest of the handbook away. Unlike a traditional scrambler, it’s not based on a road bike and it’s not petrol-powered. Shock and indeed horror.

But thinking it somehow doesn’t qualify as a real scrambler is to misunderstand the point of scrambling entirely – there never was a handbook, a style guide or set of commandments. It was proper, ad hoc, back shed engineering. You took whatever you had (and, back before dirt bikes were a big thing, that generally meant a road bike), stripped off anything extraneous and went out to pound the dirt – and often yourself – into submission.

Thankfully, instead of the motley assortment of British bikes that formed the foundation of original scramblers, Grid bases its custom bikes on proven electric platforms, like Zero and KTM, focusing its efforts on the aesthetic over the mechanical.

Not that the lads at Grid could resist a few tweaks, of course. The KTM Freeride E-XC is gear-limited to about 50mph, which makes sense in a motocross context, where acceleration and agility are paramount and speeds rarely top... well, 50mph, coincidentally enough. That said, it’s still a touch low for open trail riding and the sandy beach blasts that Queenslanders enjoy and the rest of us envy from afar. So after a few experimental sprocket swaps, the Scrambler tops out at more like 60mph, with 50mph now a happy cruising speed.

As for performance, both the Scrambler and the E-XC it’s based on offer 31lb ft from zero rpm, as opposed to about half that for a 250cc dirt bike, found much higher in the rev range. In the power stakes, the Scrambler puts 24.5bhp – or pretty much the same horsepower as a 250cc – at the disposal of your right wrist. Or your left wrist, if your riding style varies wildly from ours. Not bad when the whole thing weighs 108kg – or about 20kg less than your average 250cc roost machine. And, for a bit of apples-to-apples for the four-wheels-good, two-wheels-bad crowd, that’s 227bhp per tonne, or about what you get in a Renault Megane RS Trophy-R.

All up, the Scrambler costs 27,000 dollarydoos in its Australian homeland, or about £15,000. A decent splash of cash for a toy, we’re sure. But far from a hard sell.