The Mercedes EQS has an astonishing interior

Merc's flagship EV is due in a few weeks. In the meantime, here's its interior 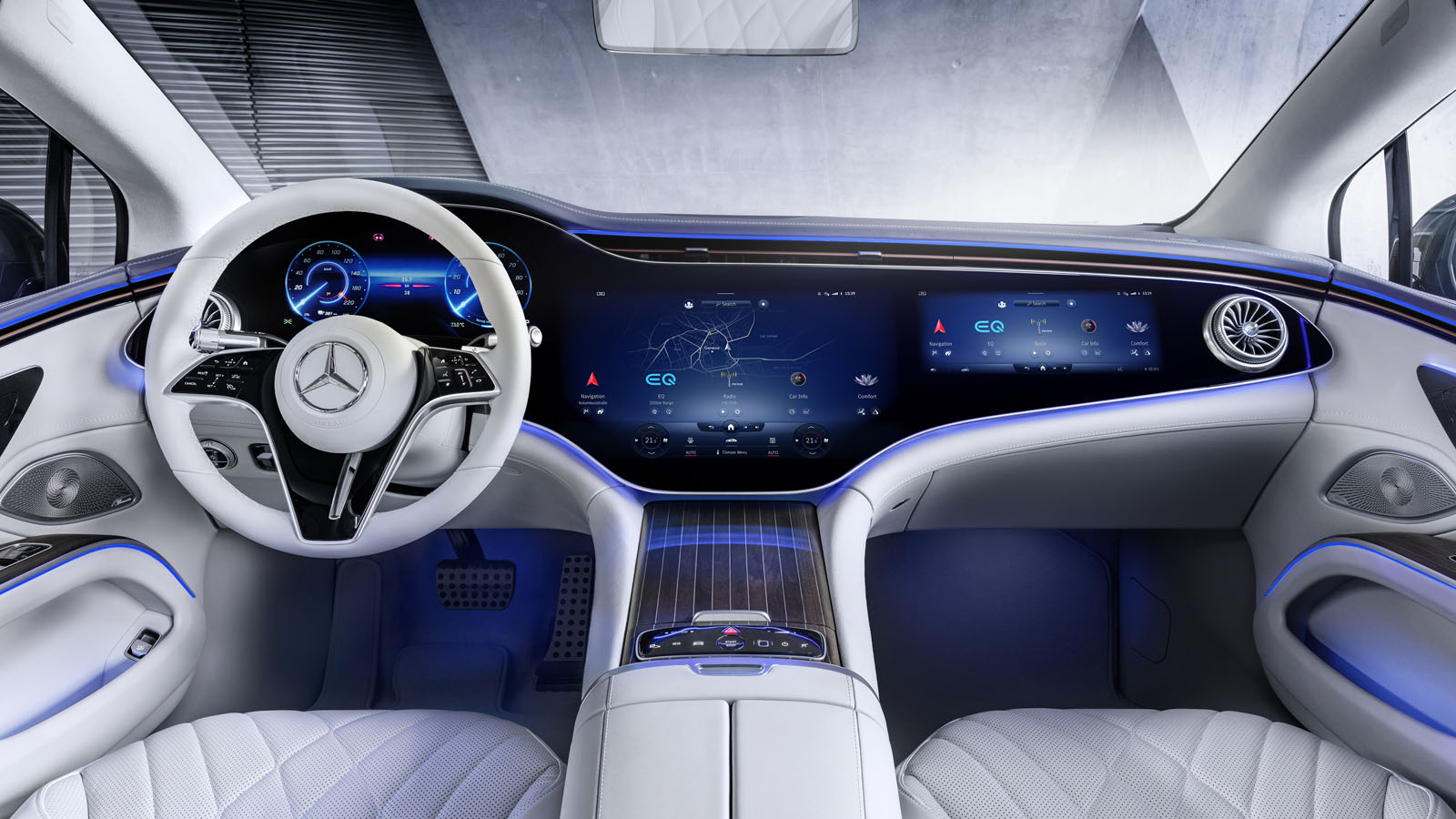 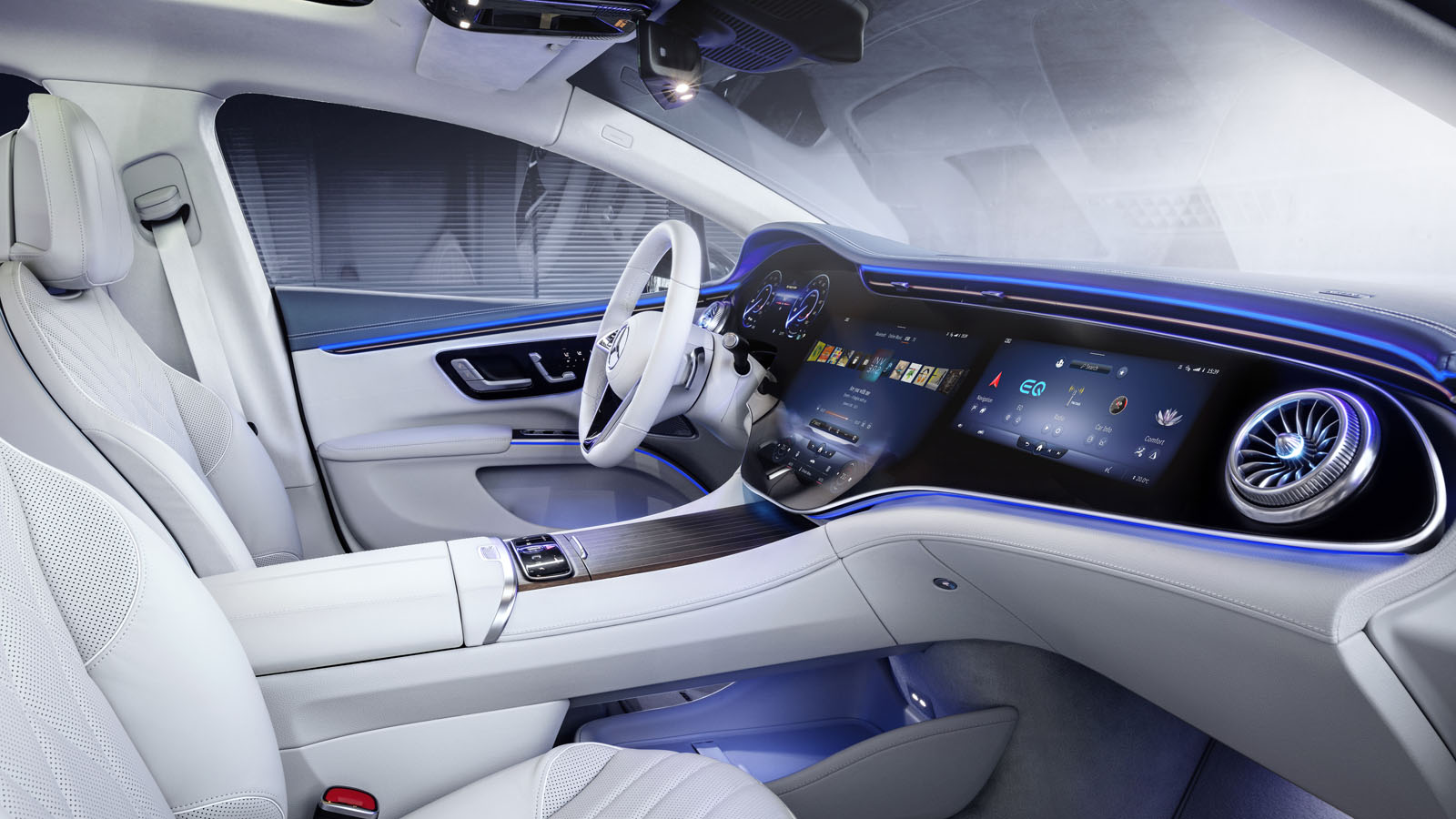 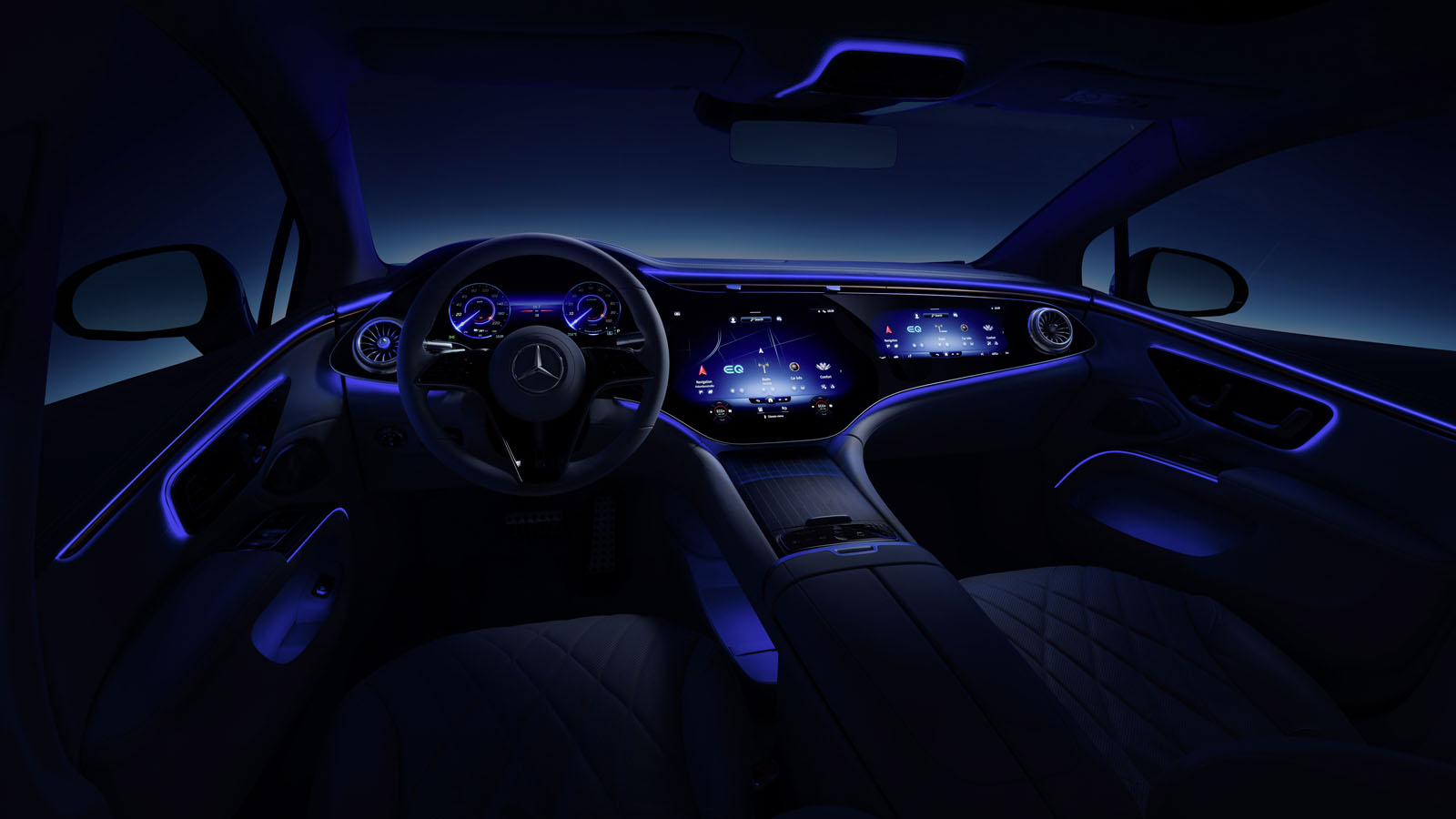 Welcome, everyone, inside Mercedes’ new flagship electric car. It’s still a couple of weeks before we get to see the EQS in the metal, but to whet our appetites Mercedes has revealed its hugely important luxury EV’s cabin. And boy is that a lot of screen.

Big news though this is, the look of the EQS’s dashboard should come as no surprise to those of you who’ve been paying attention. The new car comes as standard with the portrait touchscreen and dashboard from the S-Class, but you can (and probably should) upgrade to the vast ‘MBUX Hyperscreen’ Mercedes revealed in January. The system’s specs are thus: eight CUP cores, 24 gigabytes of RAM and a cumulative 141 centimetres of screen. Wowzers.

The triple-screen setup incorporates centre (17.7-inch), driver and passenger (both 12.3-inch) displays behind a single pane of curved glass that spans almost the entire width of the car. It’s surrounded by a silver/leather frame and sits under a slim vent for the air conditioning. The centre and passenger displays are of the super-sharp OLED variety, and both feature haptic- and force-feedback.

The former triggers a pulse when you tap the screen to make it feel like you’re pushing an actual button, while the latter is a bit like the little-known ‘3D Touch’ tech from old iPhones. Basically the screen knows how hard you’re pressing and can vary its response accordingly. 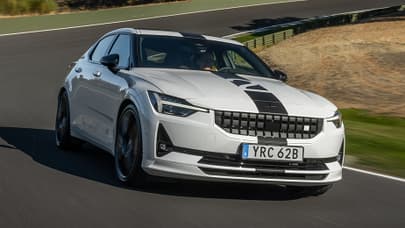 Special coatings and production techniques are said to make the Hyperscreen not only largely scratch resistant, but also easier to clean and less susceptible to reflections. Meanwhile the passenger display can also tell whether the driver’s looking at then dim itself down so it’s only visible to the passenger. It also knows whether there’s someone sat in the passenger’s seat, and automatically switches itself off if you’re flying solo.

In total there are more than 350 sensors in the EQS, measuring everything from “distances, speeds and accelerations, lighting conditions, precipitation and temperatures", to “seat occupancy as well as the driver's eyelid movements or the passengers' language”.

The Hyperscreen runs the latest version of Merc’s ‘MBUX’ infotainment system that uses AI to predict what you want it to do before you’ve prodded, pinched or swiped through any menus. “With the so-called zero-layer design, the user does not have to scroll through submenus or give voice commands. The key applications are always offered on the top level in the field of vision, depending on the situation and context,” says Mercedes.

Elsewhere in the new Merc’s cabin there’s a HEPA filter for stopping nasty particles and odours from disturbing the peace and an updated ‘Energising Comfort’ system that can draw on data from a compatible smartwatch to help calm you down or wake you up. Then there’s the ‘Power Nap’ function, which closes the windows and blinds, reclines the seat, plays calming noises through the stereo and adjusts the air-con/ambient lighting to encourage short naps to pass the time while you’re charging up.

Mercedes has also put a lot of effort into the EQS’s optional “sound experiences”. If you want you can drive along in blissful silence – no doubt the EQS is one of, if not the quietest Mercedes ever built – or you can choose one of three soundscapes that adapts to your driving style, and whether you’re in Sport or Comfort mode. “Silver Waves” is a “sensuous and clean sound”, then you’ve got techy “Vivid Flux” and more dramatic “Roaring Pulse”.