Official: this is the new Ford Mustang Mach-E electric SUV

The Mustang is now also a five-door crossover, starting at £40k 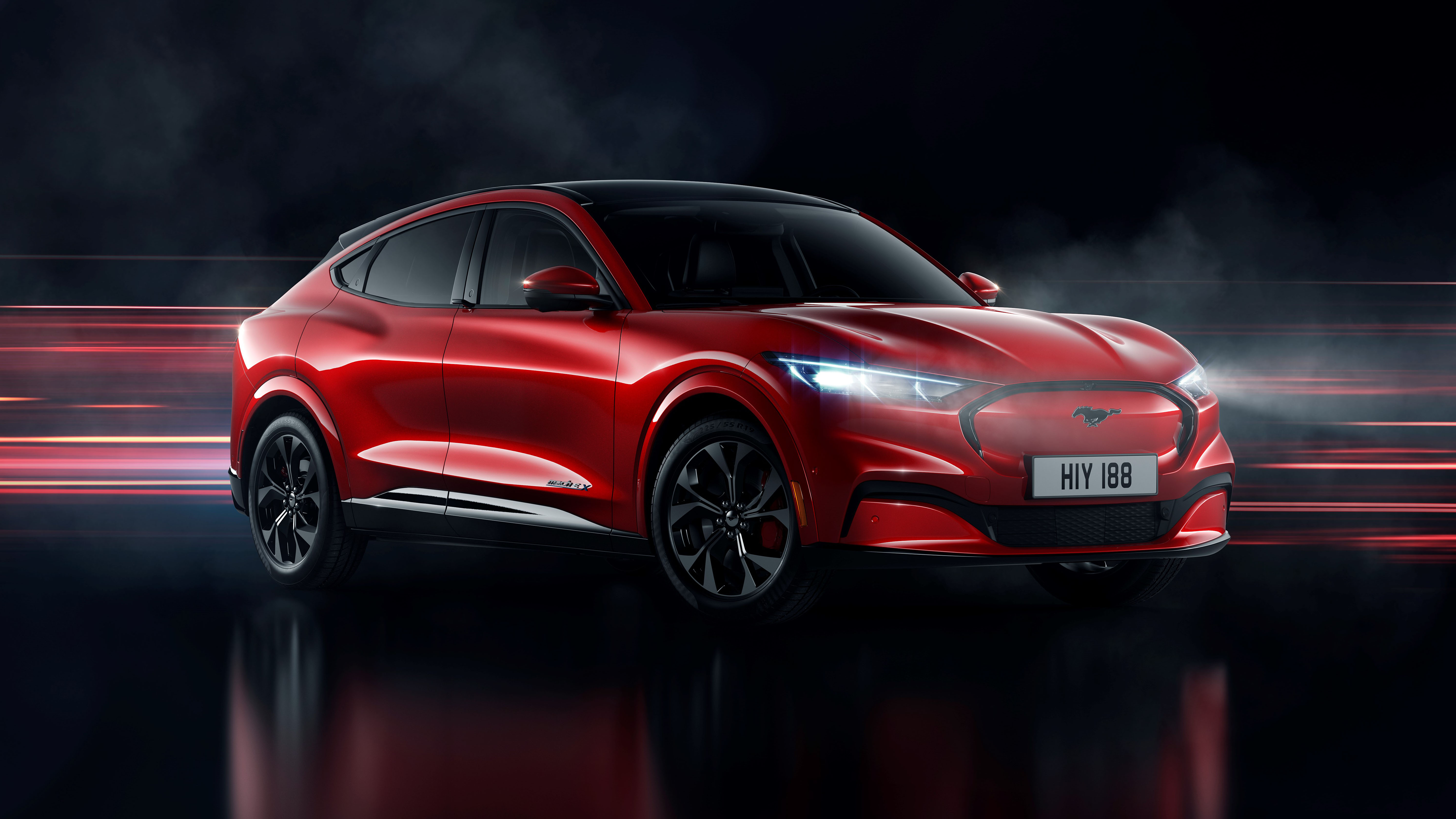 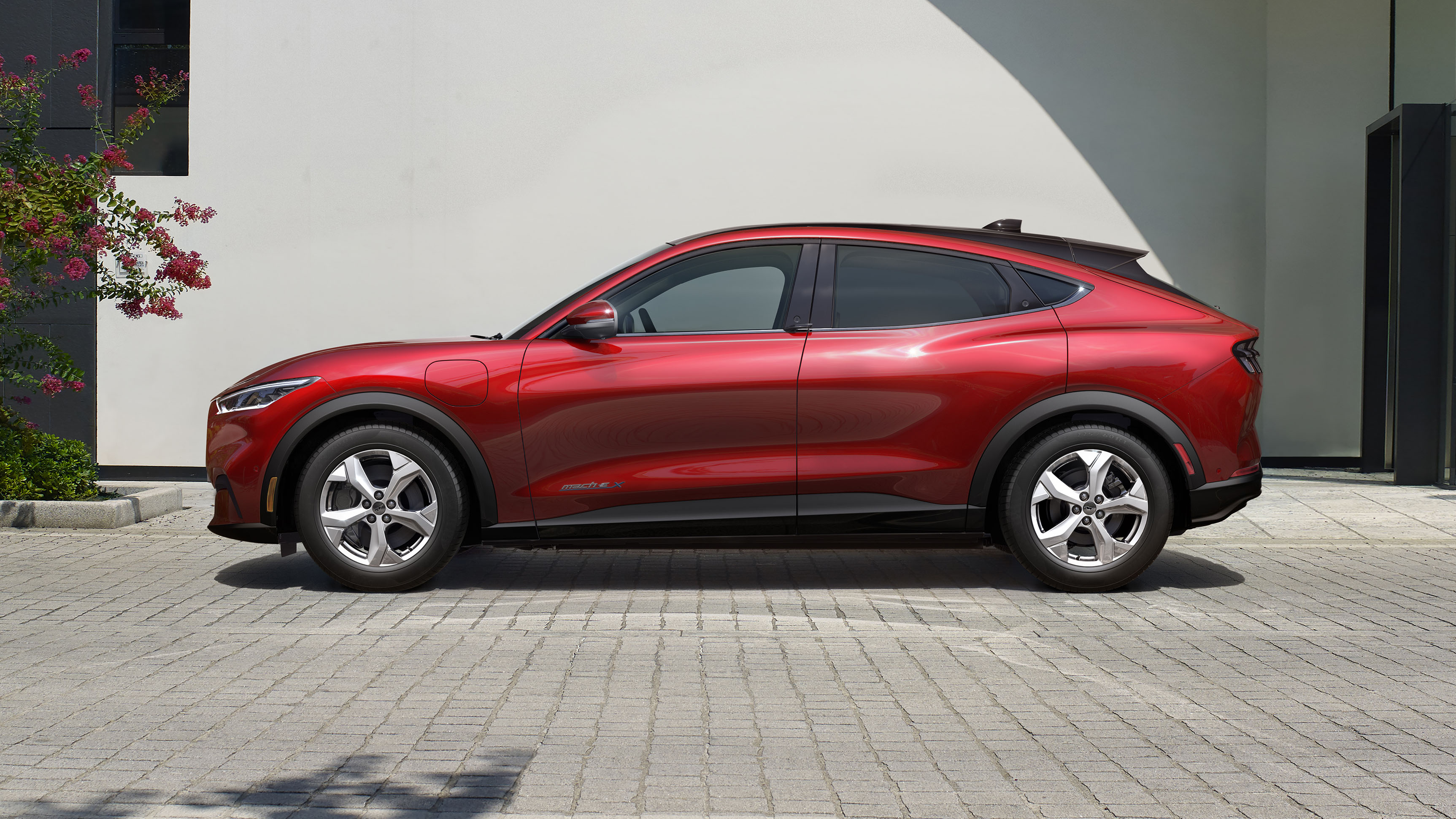 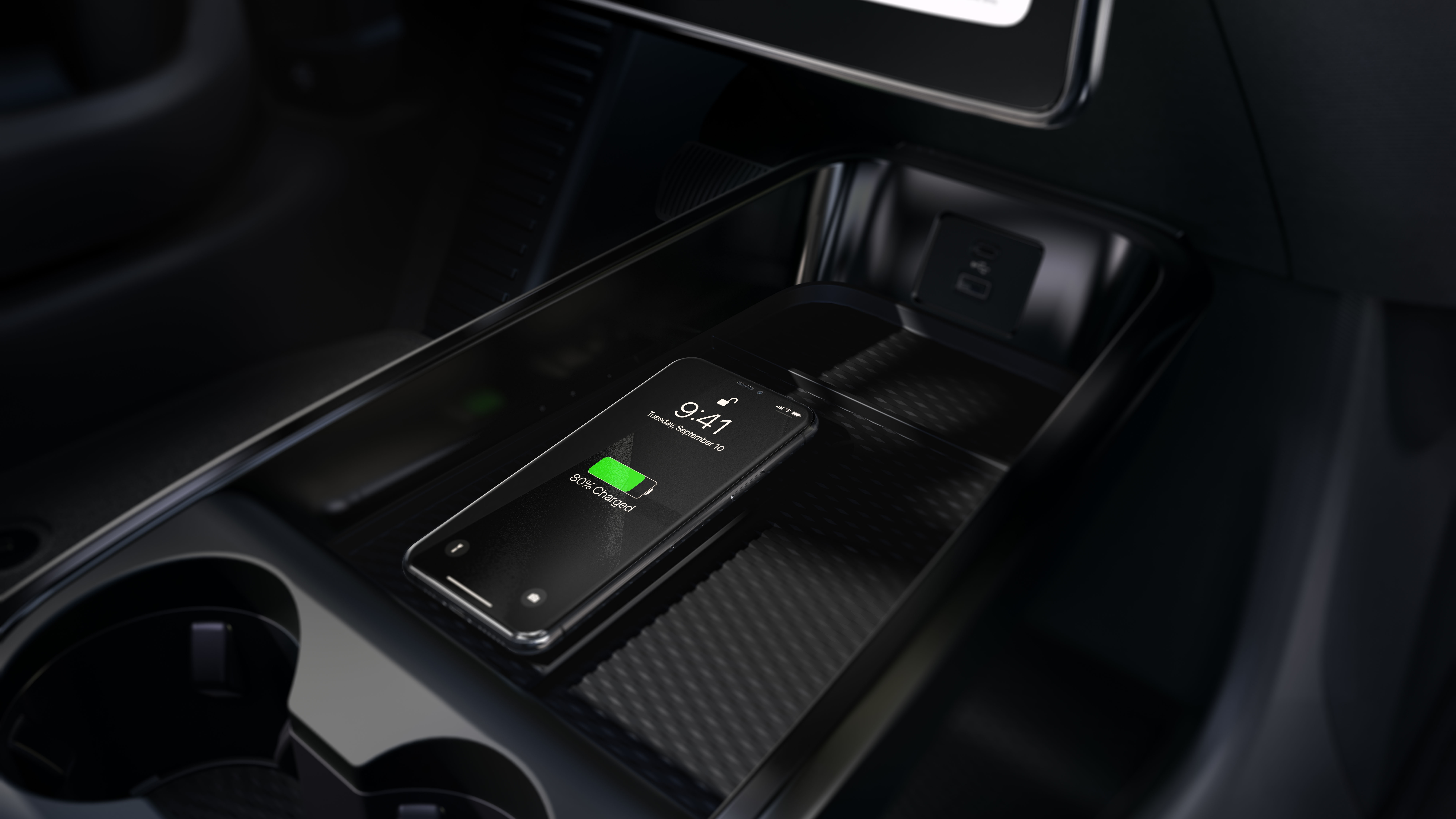 Here's Ford's new all-electric car. You'll have noticed it's a five-door crossover like most of the world's big EVs. But to make you want it, they're calling it the Mustang Mach-E.

OK, so a battery-driven family crossover isn't what you'd associate with the word Mustang. But in many ways it's not a total imposter. Several design elements hint at the pony car. Besides, it's primarily RWD (though AWD is available too). It's Mustang-fast, for sure. And it even sounds a bit like it's being propelled by a V8… a bit.

And 'it absolutely drives like a Mustang'. So says Dave Pericak, the engineer in charge of all Ford's 'icon' cars. We know him from the fastest Mustangs and also the Focus and Fiesta STs and Focus RS, so his is a voice to trust. We've ridden in a prototype and the evidence is good. But we can't give you a final verdict til the finished thing hits the roads.

You can put down a deposit now, directly on the web, though dealers will have demo cars. It starts at just over £40,000, but they don't start deliveries until late next year. The top-spec 'first edition' has AWD and the big battery plus extra equipment, at about £58,000.

That price buys you a biggish, long-range machine. It's more the size of an Audi e-Tron than a Kia E-Niro - or to go beyond the small world of EVs we're talking BMW X3, with X5-alike cabin space.

The base version has a 75kWh battery and RWD, for 280 miles of range (WLTP). A bigger 99kWh pack takes it to a seriously impressive 370 miles. Even the slowest does 0-62mph in less than 8.0 seconds. The AWD is about a second faster in the sprint.

Six months later, there'll be a GT, with 465bhp, and a sub-5.0sec sprint time. In fact the American engineers talk sub-4.0sec for 0-60. To match, it rides on uprated adaptive suspension and brakes, 20-inch wheels and an aero kit. Proper sports seats to hold you in as it does its stuff.

That Mustang bit, then. At the front we see the 'horse collar' grille shape, except it's an optical illusion – there's no air intake between the headamps. (Battery-cooling air comes in beneath the bumper, via shutters that can close to cut drag.) The headlamps echo Mustang tropes, as do the triple-bar tail-lamps. The bonnet has a pair of strong ridges.

If other EVs are an aero egg shape, this ones echoes the Mustang with its long bonnet and relatively rearward windscreen. For the same reason strong haunches over the rear wheels boost the stance.

The whole window-line drops to the rear. To get back the headroom it needs, they perched the black-painted roof above, like a loft extension. It's a surprisingly effective trompe l'oeil.

Design was led by Jason Castriota, he of the Saab Pheonix concept, (which turned out to be very prescient in its connected HMI), Ferrari P4/5 by Pininfarina one-off, and the SSC Tuatara hypercar. There was also significant Ford of Europe input, so it looks the right size for our roads, and looks like part of the Ford of Europe range.

Inside, this is plainly a car for the connected world. Behold the 15.5-inch display. But there's also a smaller driver's instrument screen. Because sports car.

We've had a play with the screen system, and it's snappy, intuitive to use, and doesn't have you diving deep into menu hierarchies, because all the regular tasks live in handy tiles. CarPlay and Android Auto are neatly integrated.

But you'll likely use the built-in traffic-aware nav. That's because it's also aware of charge stations. It knows their speed and live availability, and whether they're on one of the many networks you can pay for on the supplied Ford app. On a road trip it'll run the algorithms based on that info and suggest stops so's to get you to the end in quickest possible time.

The Ford approach to this isn't unique, of course. But it does feel pretty user-friendly.

Poke around the cabin long enough and you'll find a couple of Mustang reminders, including the vestige of a double-brow top to the dash. But really it's all about making space, not encasing you in the snug cockpit of a sports car.

The main screen hovers out from the dash, with double-deck device storage and charging in trays below. Hand- or man-bags find a place between the seats; the door bins are larger than usual because the polyp-like speakers are mounted well above.

The materials and trim of the cabin feel like good-quality European stuff, with soft cladding on most of the major surfaces, nice metallic inserts, and cloth coating for the speakers in the optional B&O system.

As well as a normal hatchback, the long and level bonnet gives space below for a deep 100-litre front boot. It's waterproof and has a drain plug at the bottom. So it's good for wet stuff like ski boots or a potentially leaky takeaway.

All-wheel-drive versions of the Mach-E have a smaller, less powerful motor at the front. But the GT gets the same big motor front and rear. They're the permanent-magnet type, more efficient and power-dense than induction motors. For the same reason they use tricksy rectangular section wires in the coils to help cooling.

The battery is liquid-cooled, so as to accept rapid DC charging at up to 150kW for the bigger pack. That means it can add almost six miles range a minute, at the start of charging before it tapers off. Ford says it's ten to 80 per cent in 45 minutes, or 37 minutes for the smaller pack. It'll take a useful 11kW on AC charging.

All of which will make it make it a fast, good-driving EV. At a good price. With Mustang design cues - Ford's way of using the company's heritage and emotion to distinguish it from the hordes of new EVs coming in the next few years.

Is that sacrilege, or sensible? Does the Mach-E deserve to be Mustang? Does any of that actually matter if it turns out to be a decent electric car? Comments below please.