Prep the like button! Ken Block is doing an electric Gymkhana with Audi 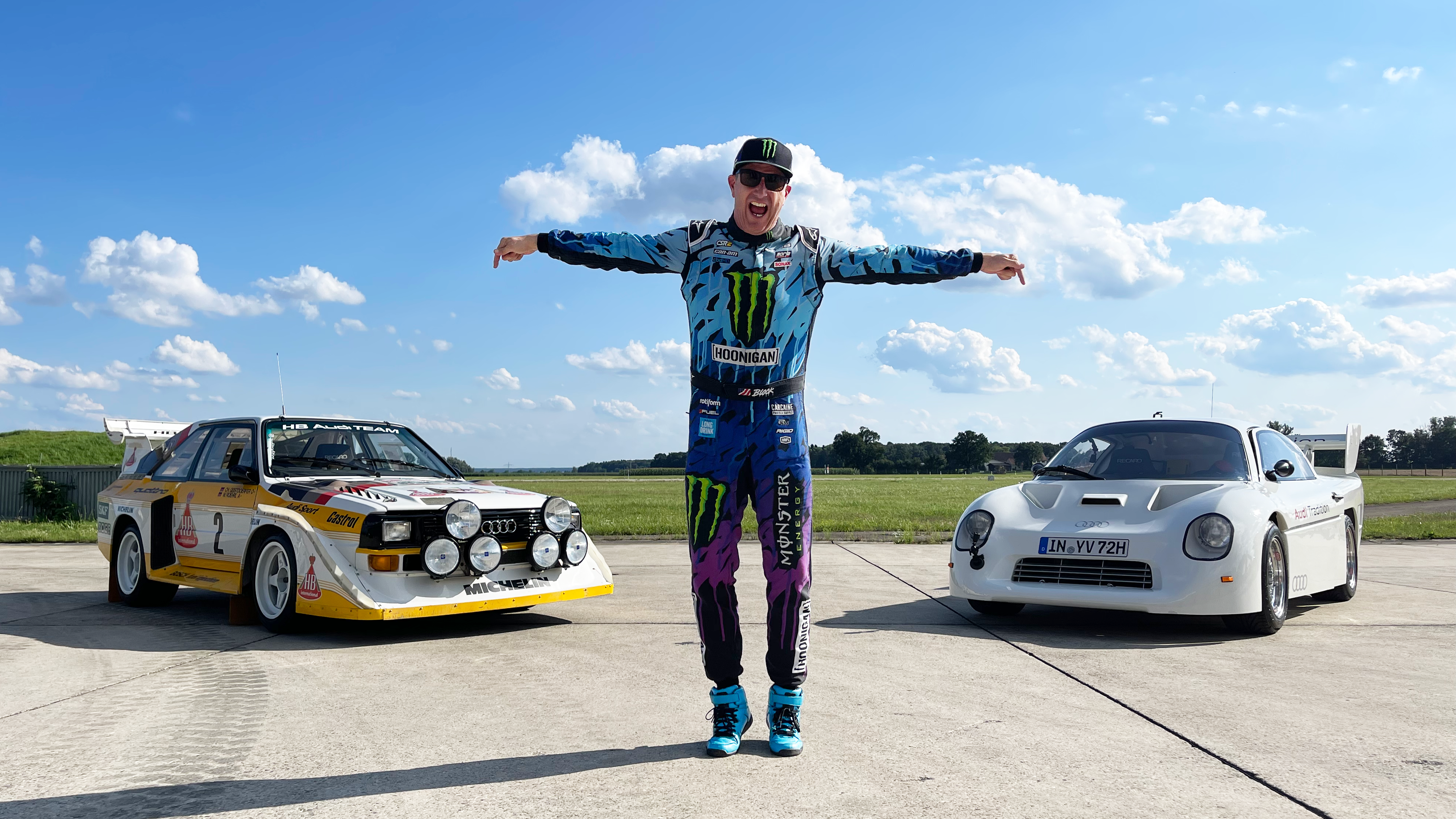 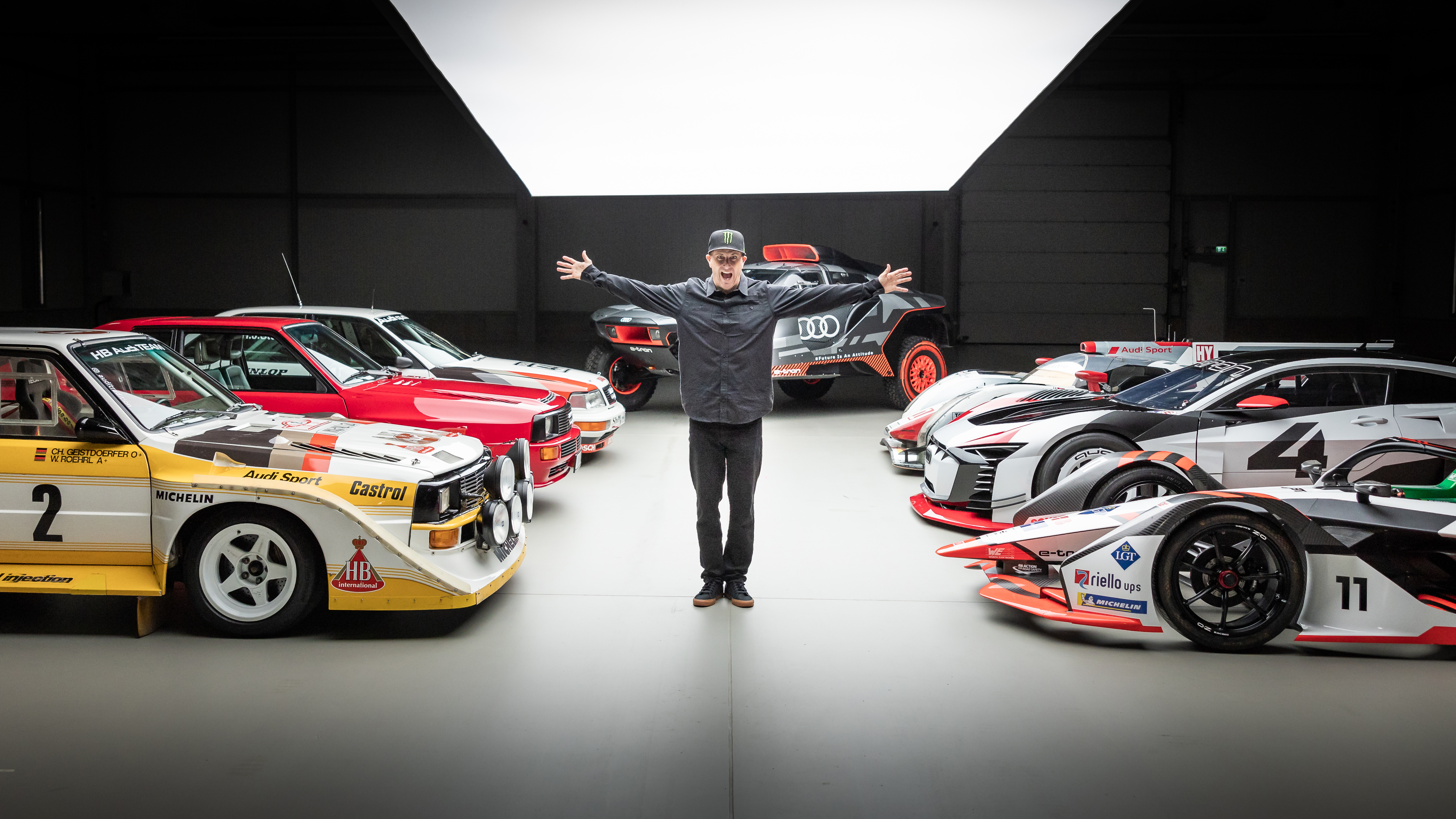 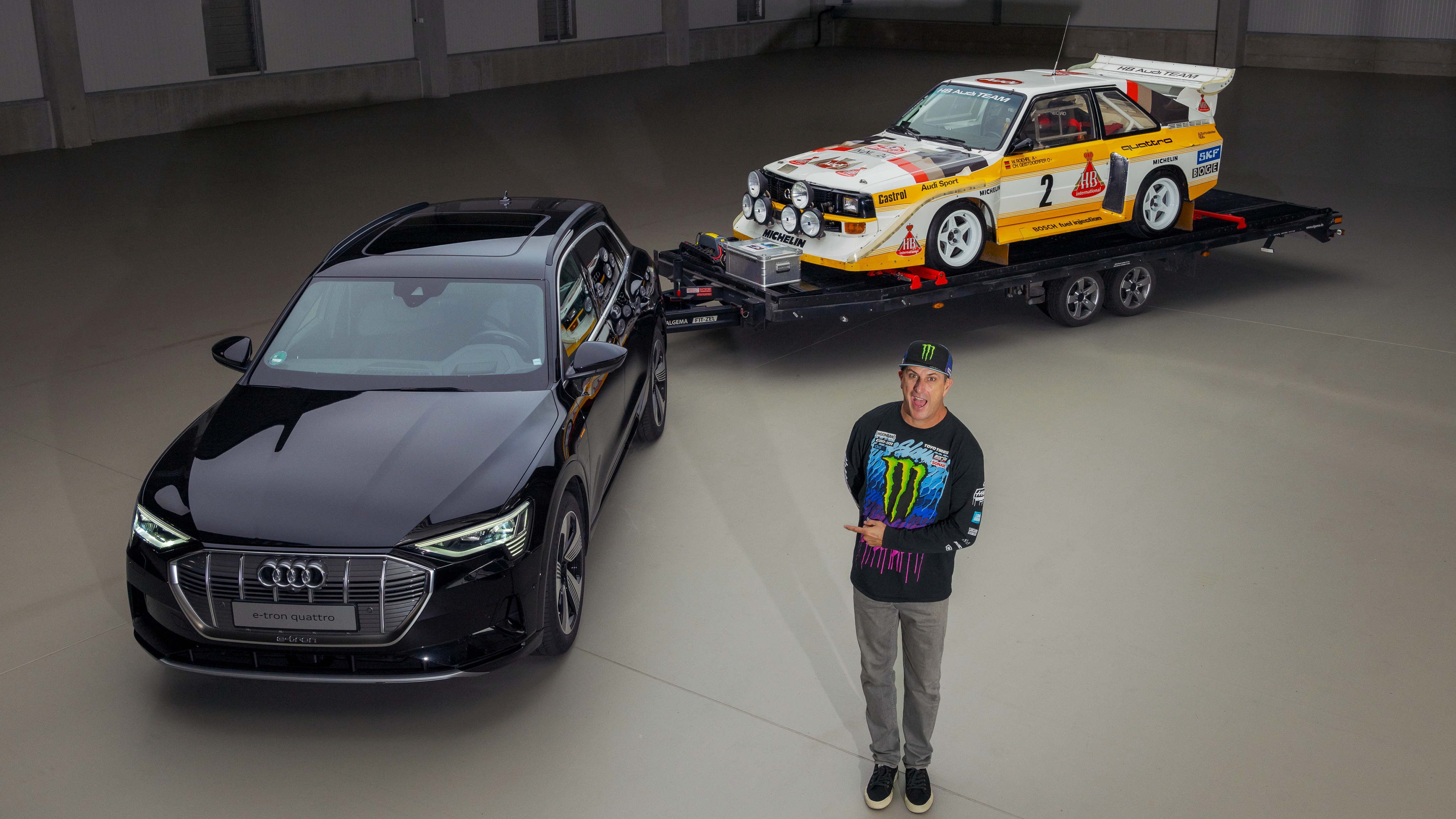 Last week we brought you news that chrome-toothed internet viral marketing machine and supermo tyre shredder Ken Block had gone into a partnership with Audi. This week we know a bit more about what he’ll be up to. And it includes a new electric Gymkhana called – wait for it – ‘Electrikhana’. You can see what they did there.

See, having been in an 11-year relationship with Ford, last year Ken and the Blue Oval split after an incredible run of rallying, rallycross, Gymkhana, one-off drift projects and a mountain of smouldering tyres.

But Audi isn’t some summer side chick or fling, as Ken has come on board to help advise on electric motorsport and its future. This will no doubt see him getting up in the guts of Audi’s 671bhp electric Dakar (with a DTM car's engine working as a generator) as well as pushing the boundaries of what’s possible with 'leccy powertrains.

Mainly through a top-secret Audi e-tron set to be used in the next Gymkhana, which we should see sometime next year. And don't worry if you're salty about Gymkhana 11's driver, as Ken will be the one getting behind the wheel and pressing the pedals on this one, not Gymkhana’s latest driver, Travis Pastrana. He bleeds Subaru.

“I can’t wait to share more details on the vehicle Audi is building for Electrikhana, it’s going to be insane,” Ken said. “Audi’s efforts in the WRC, specifically with their Group B cars, along with their wins at Pikes Peak in the 1980’s is what led me down the path to become a rally driver.”

Last year, it was rumoured that Ken was set to do Gymkhana 11 in an all-electric '90s Foxbody Mustang dubbed the 'Hoonifox'. So is this Audi picking up the baton? You can't blame them. The possibilities and flexibility an EV drivetrain and torque vectoring give could take Gymkhana somewhere new and lead to some new slightly deathy stunts that YouTube viewers love to gobble up. Plus everyone is trying to push the sales of EVs. And this sort of thing gets the floating voter's interest.

One thing we are sure of is that there will be smoke. Lungs full of it. As one massive thing in an EV’s favour compared to what Ken’s used before is instantaneous torque. This makes it a lot easier for the tyres to break traction, which would help in the process of killing them. Something Ken is rather good at. But there will be no engine noise. Unless they strap a Bluetooth speaker to the dash and ask Alexa to play ‘Best of Flat-Plane Crank Volume 4”.

But are you excited for a silent, electrified high-budget YouTube-melting spectacle? Let us know in the comments below.