The Venn diagram in which motorsport and the Hawksbill turtle overlap is an unusual one, to say the least. These critters have been going about their business peacefully on the planet for 100 million years, give or take, but now they’re critically endangered. When you read about rising sea levels the information is simultaneously worrying and abstract. What exactly will it mean? The Maldives and Venice becoming submerged is one troubling scenario, but for turtles it makes life itself almost impossible. After 30 years swimming far and wide, they return to within 150m of where they hatched to breed, a remarkable biological feat that ceases to work when the terrain in question is now regularly flooded.

Motorsport seems an unlikely mechanism for championing the turtles’ (and others’) plight, but it’s a key part of the new Extreme E series, which begins on Saturday in Al Ula, Saudi Arabia. Here’s the pitch: take a grid of newly developed fully electric rally raid-style off-roaders, and transport them around the world to five specially selected locations, including the Arctic, the Brazilian rainforest, the Senegalese coast, Tierra de Fuego on the southern tip of Argentina, and the desert in the northern region of Saudi Arabia. A former Royal Mail cargo ship called the St Helena has been bought and expensively refitted, and acts as both transport for the XE paddock but also as a floating laboratory in which scientists can conduct research based on findings from each of these environmentally troubled regions.

Price and team-mate Kyle LeDuc are hot favourites, given the vast experience and championships they have accumulated between them in US off-road truck racing.

The whole thing has been masterminded by Formula E creator Alejandro Agag, who free-styled the original idea with his friend, former racer Gil de Ferran, over breakfast a few years ago. Agag has a habit of bringing his ideas to fruition, but this has to be the, erm, most extreme yet.

Freshly quarantined and regularly Covid-tested, TG.com is part of a media delegation that has made the trip to the region, and now finds itself in the middle of the Red Sea. The 30-year old St Helena was pretty tired when Extreme E acquired her, but has been intelligently refitted (though she still runs a pair of 57-litre turbodiesel engines - ‘not electric yet’, as it says on the side of the hull, but apparently running on the Champagne of maritime fuel rather than the evil tar that is global transport’s dirtiest secret). Extreme E packs down into 63 containers, and according to First Officer Nevan Holland the St Helena is more nimble than she looks. “We encountered some choppy seas when we hit the Med,” he says. “But the rest of the passage was smooth.” And this despite the Ever Given’s recent misadventures in the Suez Canal.

“The ship is the soul of Extreme E,” Agag tells me. “Without the ship there would be no championship. It’s like the Calypso [Jacques Cousteau’s famous vessel]. We have the ship and we have the scientists on-board. We came up with the themes, desertification, deforestation, ice caps melting and ocean pollution. In Senegal we’re planting mangroves. The important thing is that by going to these places and racing there, we’re going to raise awareness – and then we’re going to help fix the problems. There are people who think we’re taking big SUVs to beautiful places and destoying them, but the places we’re racing in are already damaged. It’s impossible to damage a beach full of plastic or a deforested region. We won’t achieve anything by sitting on our hands.”

Agag says that the Covid pandemic was an extra obstacle when it came to sponsorship but says that ‘the world is starting to come back’. “Getting Lewis involved was a key moment, and really helped raise awareness and brought some attention to the series. I had the same problem I had in Formula E. People didn’t believe it was going to happen, and if they don’t believe it’s going to happen they don’t engage. Then Lewis joined and they started to believe.” 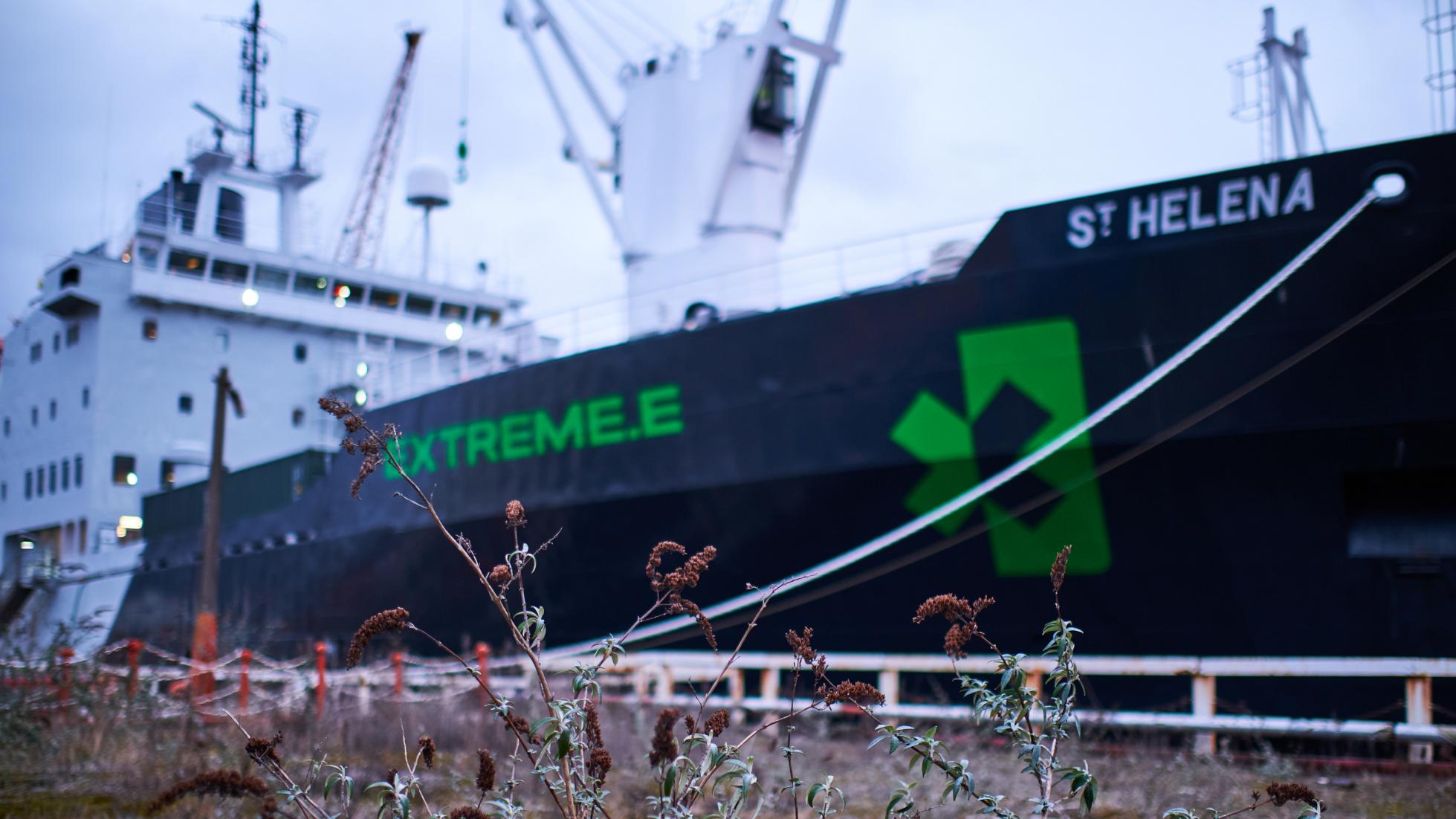 Officially known as the Spark Odyssey 21, the vehicle was created and manufactured by French specialist Spark Racing Technology. Each uses a steel-alloy tubular frame chassis, with a mid-mounted dual electric motor producing 536bhp and 679lb ft of torque, with a zero to 62mph time of 4.5 seconds and a top speed limited to 124mph (the batteries have been developed by Williams Advanced Engineering, and individually could power a UK household for 16 days or charge 2100 iPhones simultaneously.)

They look spectacular and crucially should make for entertaining television: Extreme E is being broadcast in 70 countries, including live on ITV1. Agag admits that many aspects of the series are an adventure into the unknown, including the TV side; it uses hardly any of the cabling normally required for an outside broadcast, given the remote nature of the locations and the lean operation (footage is bounced to London via satellite).

Jenson Button, meanwhile, is honest enough to admit that Extreme E takes him way out of his comfort zone.

“It’s unknown for everyone, though, because none of us has been able to do much testing. It’s another world. I’ve done some off-road racing in the US, done the Mint 400 and the Baja and it’s such a shock. OK, it’s got four wheels and more suspension travel and it’s slippery because you’re on dirt, but the reality is very different, it takes a long time to get to grips with it. And it’s scary because of the dust, the lack of visibility, and the lack of consistency. But I love it. I’m also not very good at it yet and I really want to be. It’s there it’s just about unlocking it and that takes a bit of time.”

Button, the former F1 driver and world champion, knows full well that Extreme E is certain to spring big surprises. Right now, no-one really knows what will happen. We predict some break-out stars among the female half of the grid. Qualifying is on Saturday, each driver setting a time across one lap of the stunning and ever-evolving course at Al Ula. The showdown is on Sunday. It beats an Easter egg hunt.