UPDATE: BMW will build the 592bhp Vision M Next supercar

Confirmation that, oh yes, a standalone M car like this will appear in a few years 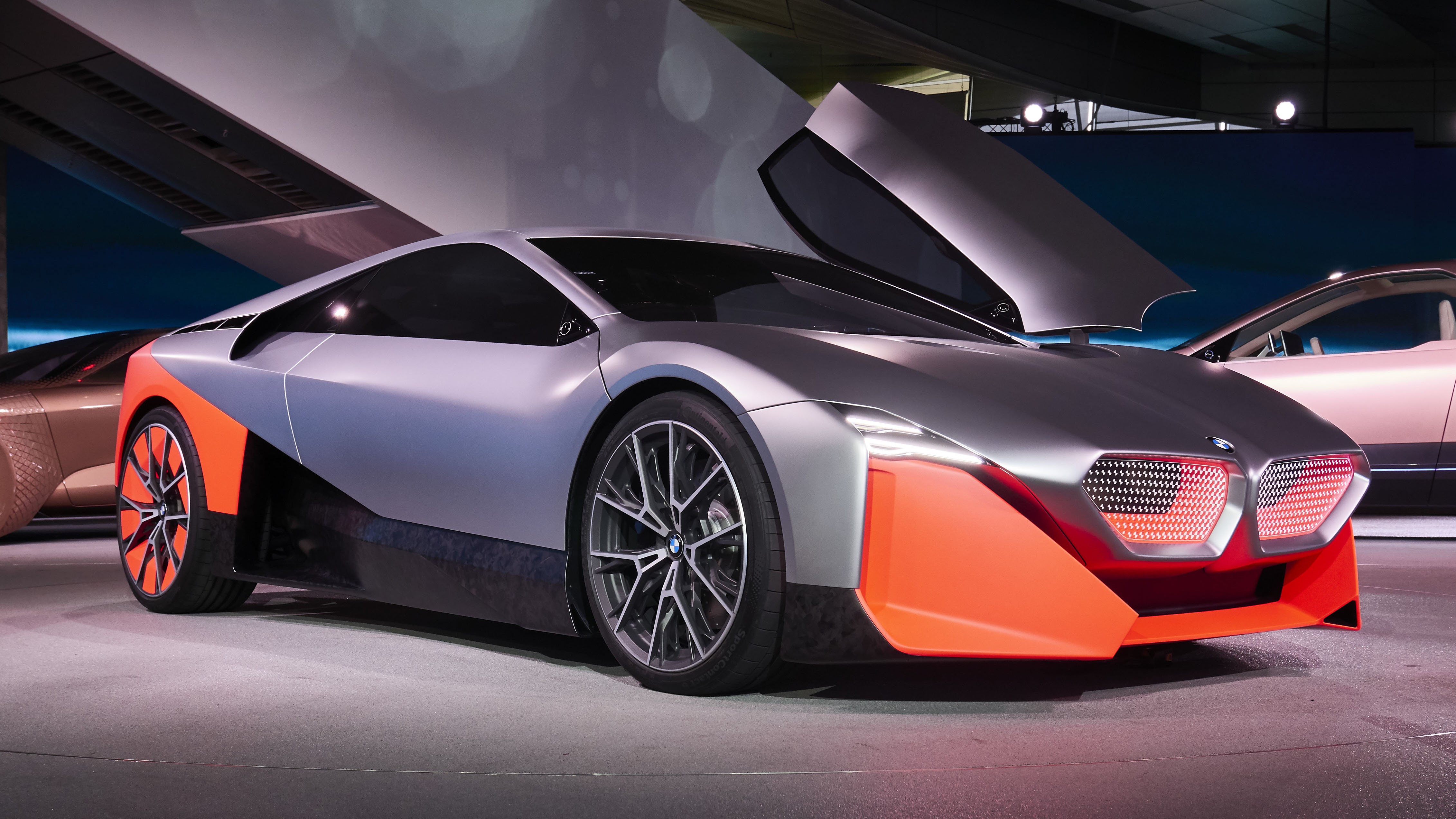 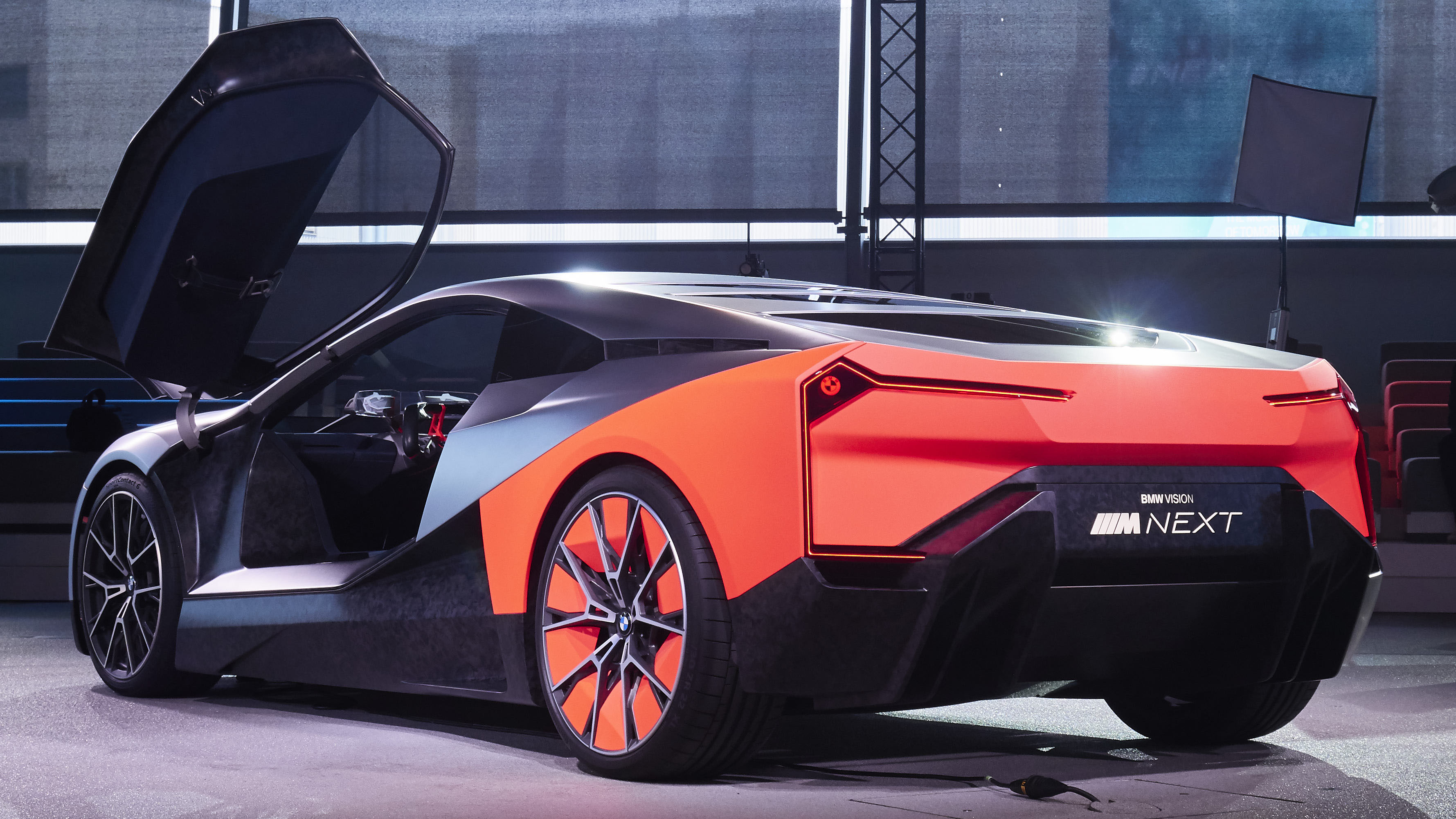 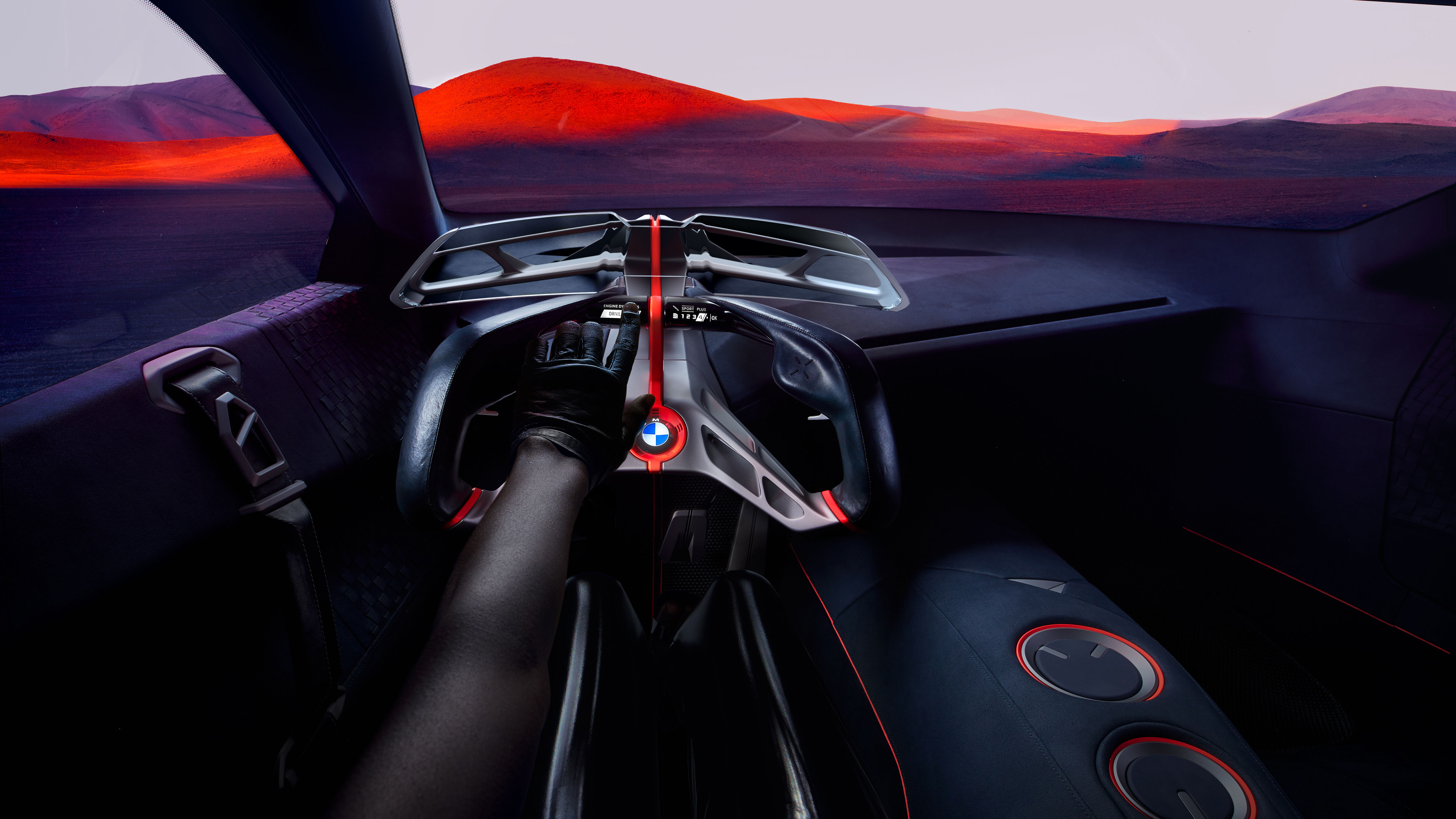 If we invited you to a magical world where the BMW M8 and i8 were mashed together, you'd surely come along with us. Imagine the i8's planet-saving disposition, and its exotic looks, construction and layout. And the M8's thundering performance.

Meet the Vision M Next. It was unveiled today as a concept car, but someone with knowledge of the situation told Top Gear something rather like it will go on sale as a standalone M car in a few years. "It won't be exactly like this. But remember how the Vision EfficientDynamics turned into the i8."

It's a mid-engined wedge, futuristic as you like. But at the same time it's slyly looking in its rearview for some very fine design references: we're seeing the 1978 M1 and come to that the 1972 Turbo concept, as well as the i8. Design director Adrian van Hooydonk told us, "the M1 and i8 are unavoidable references. They still rank high in our minds. The i8 was instrumental in launching the hybrid sports car. All manufacturers are going that way now".

When it's in full angry mode, there's a strongly turbo'd four-cylinder behind the seats. That's assisted by an electric motor at each end. Totalled up, BMW is talking 600bhp. BMW's R&D chief Klaus Frohlich says it actually has more performance in pure-EV mode than the i8 does in full all-systems mode.

The top speed is claimed to be a nice round three hundred kays, otherwise known as 186mph. The zero to 62 time is more impressive, at three seconds dead. We suspect those numbers are purely theoretical rather than test-track verified, mind. Unless a certain tame racing driver has swapped his all-white overalls for a set of diagonally divided grey-and-orange ones.

Frohlich is confident. "BMW M is not just about longitudinal acceleration. So weight is important. It would be 1,600kg to 1,700kg. If we made it pure-EV it would be 2.1 tonnes." He also says the electric motors allow clever traction-control. "You can do a drift mode, up to 45 degrees."

But it's also friendly: plug it in and charge the battery and you've got a claimed 62 miles in electric drive. And unlike the i8 there are strong electric motors front and rear so it's true electric AWD.

He says the underbody aero has been worked out already, and the cooling, of which it needs much more than an i8. In fact he says it has almost no parts in common with the i8, though it has the same sort of carbonfibre tub, made from recycled material chopped and moulded.

Approach and face-recognition tech lets you in. What if you're in a helmet? Oh never mind.

The gullwing doors admit you to a spare interior, scooped as if from a solid block. The steering wheel's a butterfly shape like a dragster's. Mounted on the skeletal column is a curved glass display covering all the usual instruments and infotainment, plus a heart-rate display.

Switch to Boost+ mode, though, and much of that distraction goes away from the instrument pod. As with previous BMW Vision concepts, the entire windscreen becomes an augmented-reality device. The advanced navigation and driving assistance computers effectively project cornering lines and braking points over the road. Like your built-in race instructor.

The two seats are integral in the cockpit, made of memory foam so they don't need a heavy structure. Oh and when you're pulling big Gs, no need to fret about spilling drink over the lovely blue microfibre. Because the cupholders are gyroscopic. We say that again… Gyro. Scopic. Cup. Holders.

Details outside include slit-like laser eyes for headlights, a 3D laser-etched grille, and daubs of what is called, justifiably, Electric Orange paint. "I like orange, for some reason…" says van Hooydonk, a Dutchman. He says the diagonal splash at the rear emphasises the position of the engine.

That contrasts with the matte grey and a lower section of brooding black recycled carbonfibre. The upper air intake's outline suggests the Hofmeister Kink, so it doesn't actually appear in the glass shape.

Because it's not called an official concept, they won't officially confirm it'll go into production. But as well as the off-record confirmation Top Gear has had, the directors were ready to give positive hints on-record. Van Hooydonk said: "This is a vision which I hope one day will turn into reality," and told me to ask Frohlich if it would happen.

So I did. Frohlich in turn said: "We deliver what we promise. I have persuaded my finance chief to support the project. If you like it, that might permit it."

I checked with head of BMW M Markus Flasch. He said it was a decision for the main board above him, but, "we [at BMW M] are willing. I like the Vision M because it's a strong statement that the future of BMW isn't just autonomous driving but also our roots, driving thrill. M is the exaggeration of that."