Watch out, Tesla – the Lucid Air is finally in production

And that means it’s time to compare it to the yardstick. That ought make the Teslarati happy 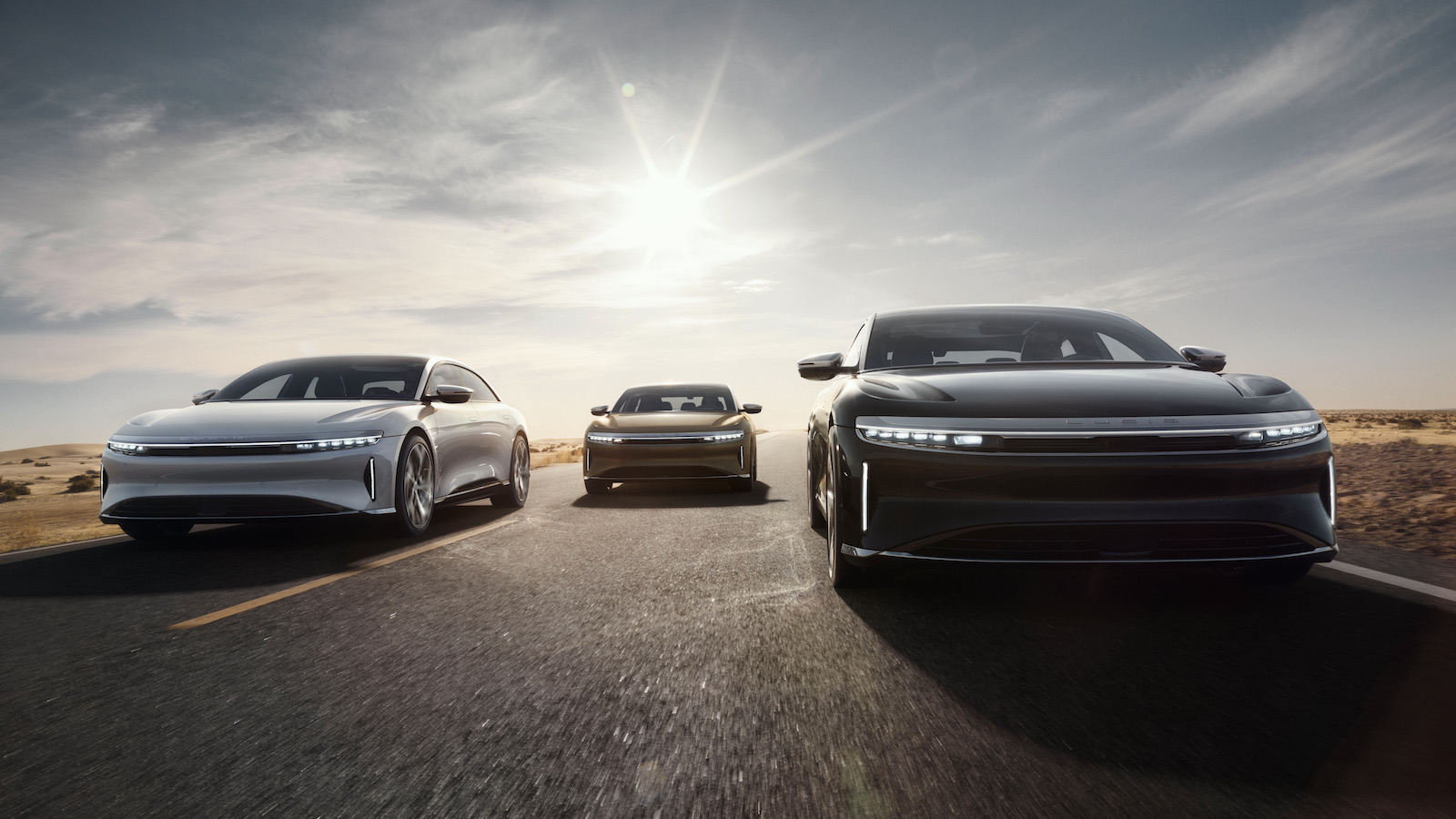 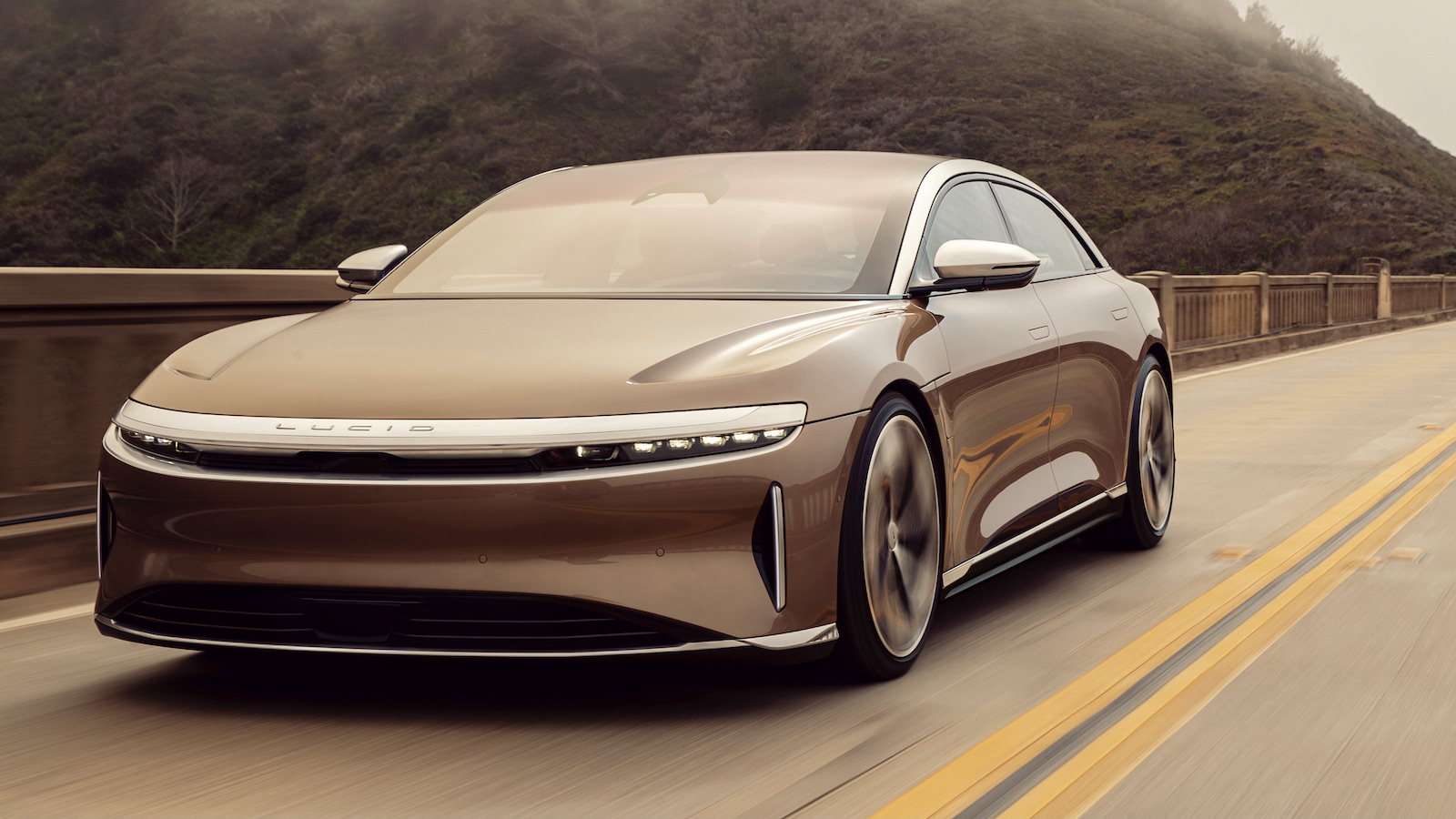 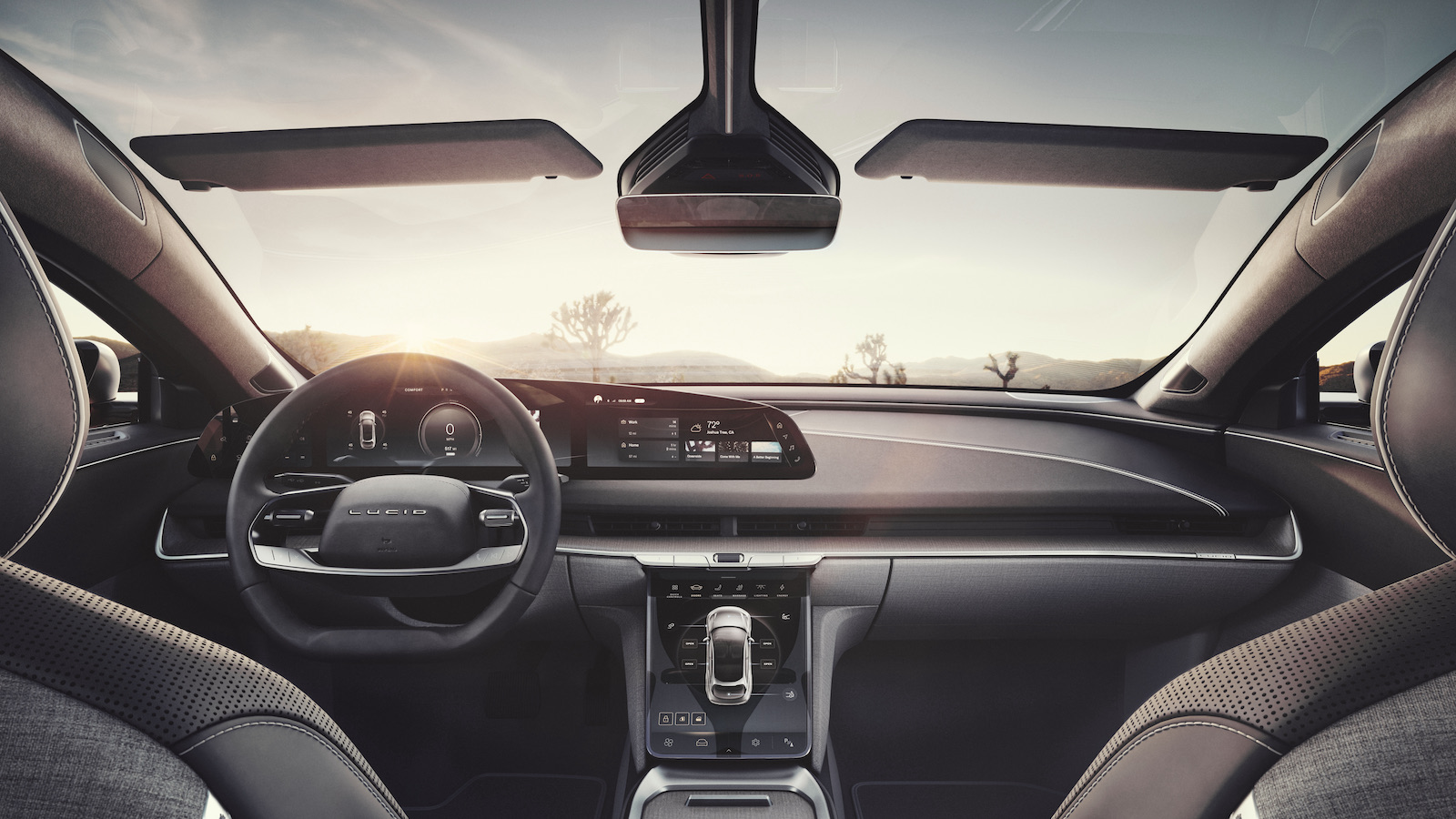 As Mark Twain once said, comparison is the death of joy.

Of course, being the outstanding aphorist that he was, he likely meant it in a human sense – comparing yourself and your life with the life of another does little else than highlight your shortcomings. But we get the feeling that the new Lucid Air – finally rolling off the production line in Arizona – might be mortally imperilling joy for more than a few Teslarati. And, as we’ve been called joyless husks on more than one occasion, let’s start comparing the pair.

The furthest you can go in a Lucid (as per the American EPA’s tests) is 520 miles, as opposed to the 405 miles on offer in Tesla’s longest-range car, the Model S... um, Long Range. That’s 115 missing miles, or more than a 20 per cent deficit. Which feels considerable.

OK, what about performance? The Model S Plaid has a bewildering 1,020bhp, which surely puts it on top of... hmm, nope – the Lucid Air has 1,111bhp. Admittedly, that tower of power is currently only available with the ‘Dream Edition’ spec, but more power is still more power. For what it’s worth, more than a few of us think that horsepower has joined house prices and classic car values in the land of the absurdly large and practically meaningless. But, as ever, we digress.

Horsepower is obviously just one number, and who's to say how well it’s put down or how much mass it has to move. And if we look at the stats, the Model S Plaid is faster than the Air – and accelerates more quickly. After all, 200mph is more than 168mph, and getting from zero to 60mph in 1.99 seconds is a) catastrophically violent and b) measurably better than the Air’s 2.5-second dawdle.

Well, about that. Tesla’s sub-two-second sprint comes with quite a few caveats, as the fine people at Motor Trend found out. Well, we assume they’re fine people; they like cars and writing about them, so they can’t be all bad. Anywho, Tesla insisted that Motor Trend test the Plaid on a specially prepared drag strip – which includes that super-sticky spray-on stuff at the start line to aid traction.

There’s something else to consider, too: MT – like so many American car mags – does a one-foot rollout. What’s that? Well, the clock doesn’t start until the car’s rolled off the line by a full foot (hence the name), which is a great way to ensure reaction time doesn’t affect 0-60 times. Instead, the one-foot rollout does. But at least the rollout’s effect is broadly consistent – between 0.2 and 0.3 seconds. So the Plaid’s actual 0-60 time on a prepared surface is back over the two-second mark. And, on a regular road, you’re likely looking at more like 2.3 seconds.

Just to be clear, any 0-60 time that starts with a two is savage. It is painful, it is wholly unnecessary, it is almost completely irrelevant in regular life... and it is genuinely entertaining. Entirely less entertaining is splitting hairs over a fifth of a second. Then again, a gap of 0.2 seconds in a 0-60 time might be what you need to feel good about yourself and your life decisions, and we wish you nothing but better times in your future. And also better puns.

As for top speed... well, anything after 70mph is illegal in a great many jurisdictions, but we’ll leave that argument to the Helen Lovejoys of the world. Anything after 100mph is antisocial everywhere but on an autobahn. Anything after 150mph is chuffing quick, even on the autobahn. And 200mph? Apart from a line item on your bucket list, it’s irrelevant. As is, we’re sure, the 235mph an unrestricted Lucid achieved in testing.

Inside the cabin, the Lucid definitely has more in the way of what you’d expect from a luxury saloon. As we always say, taste is subjective – one man’s minimalism is another man’s monochrome drabness – but the Lucid arguably has more to it on the whole. Including a whole steering wheel, which feels like the kind addition one would want when trying to control more than 1,000bhp of instant-on electric propulsion.

So, Lucid’s first car seems to be every bit as good as Tesla’s best car in all sorts of ways that hardly matter, and better in the ways that do. Mark Twain mightn’t have liked comparisons, but we bet Tesla fans will like this one even less.