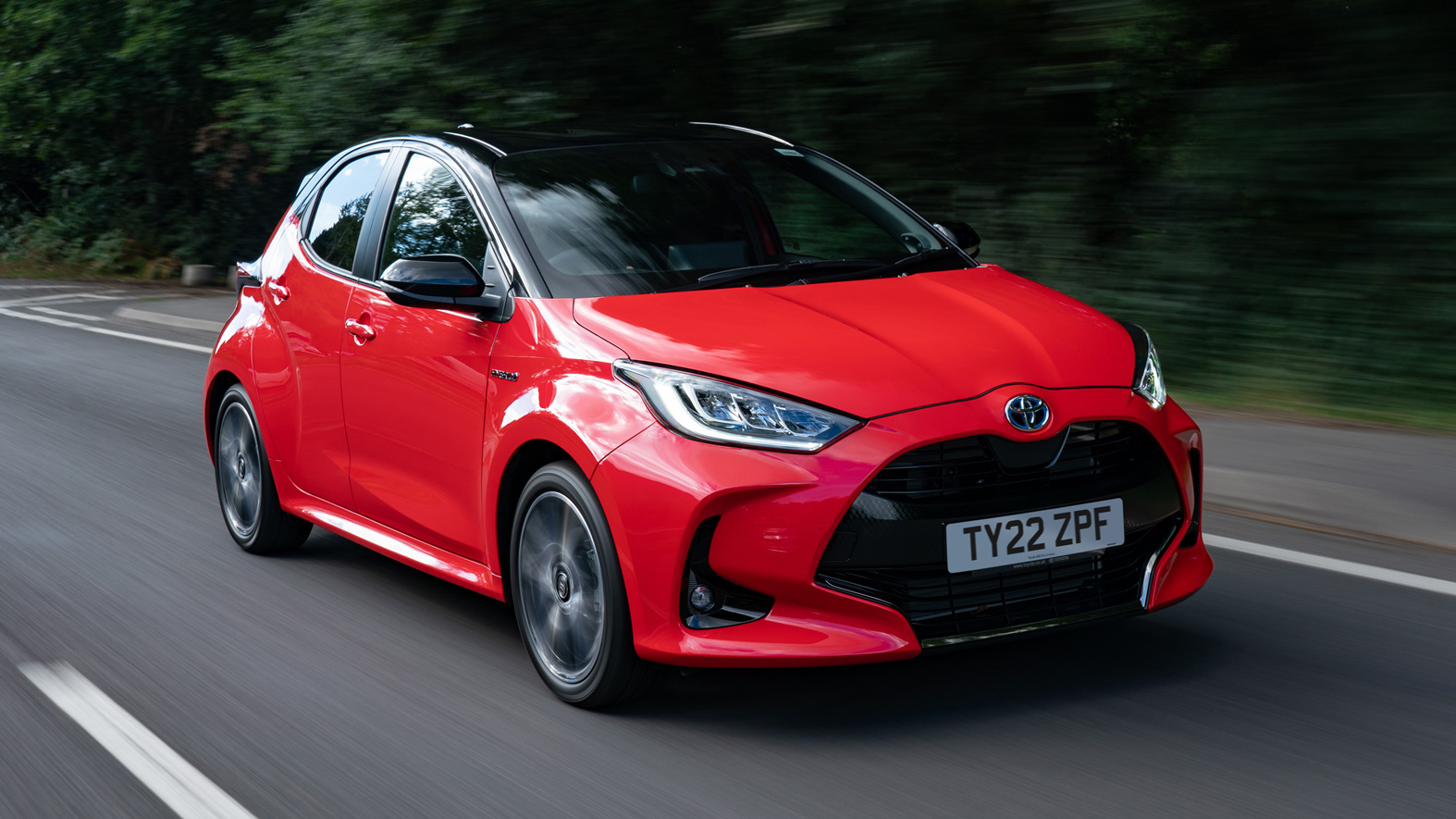 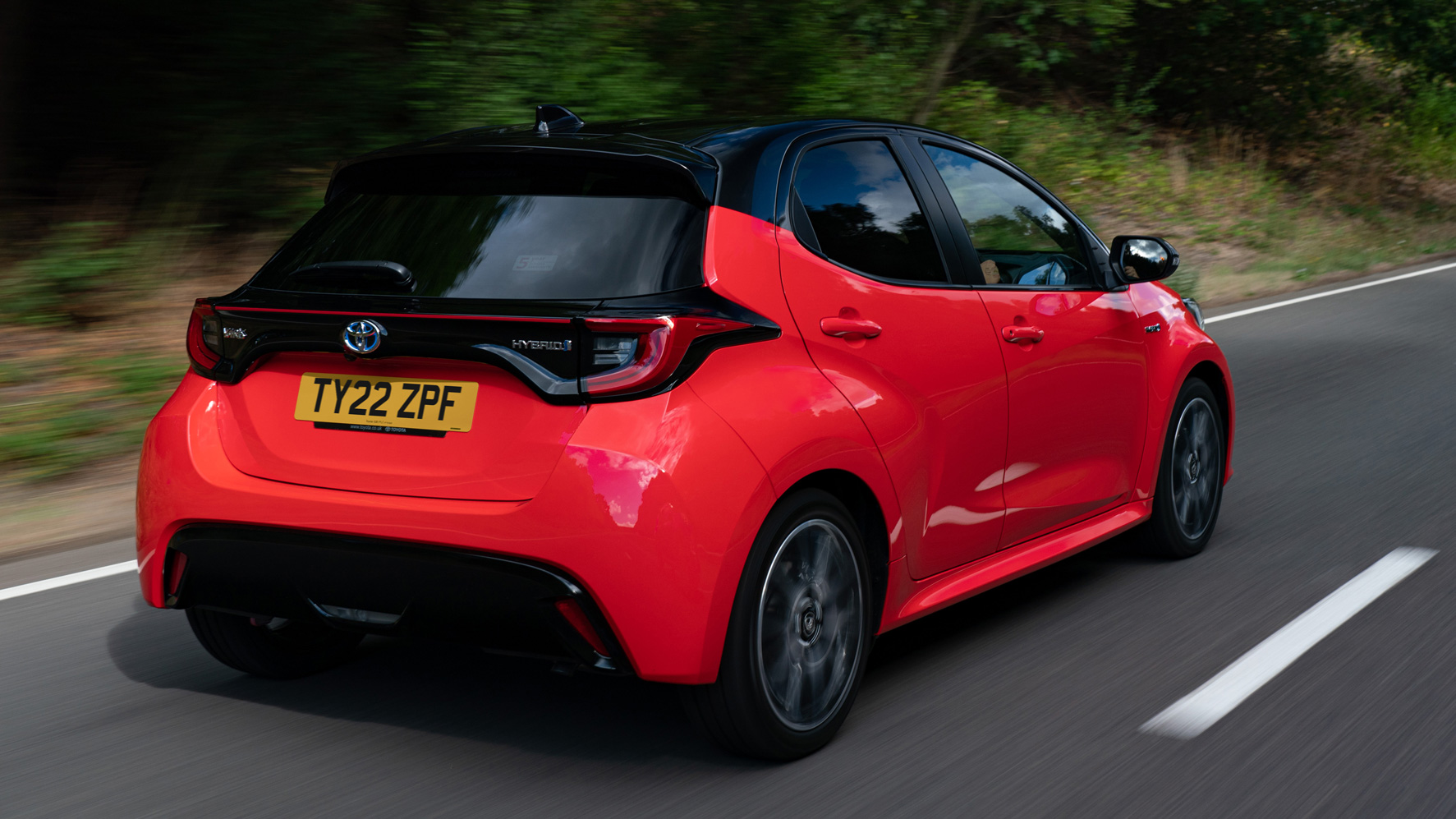 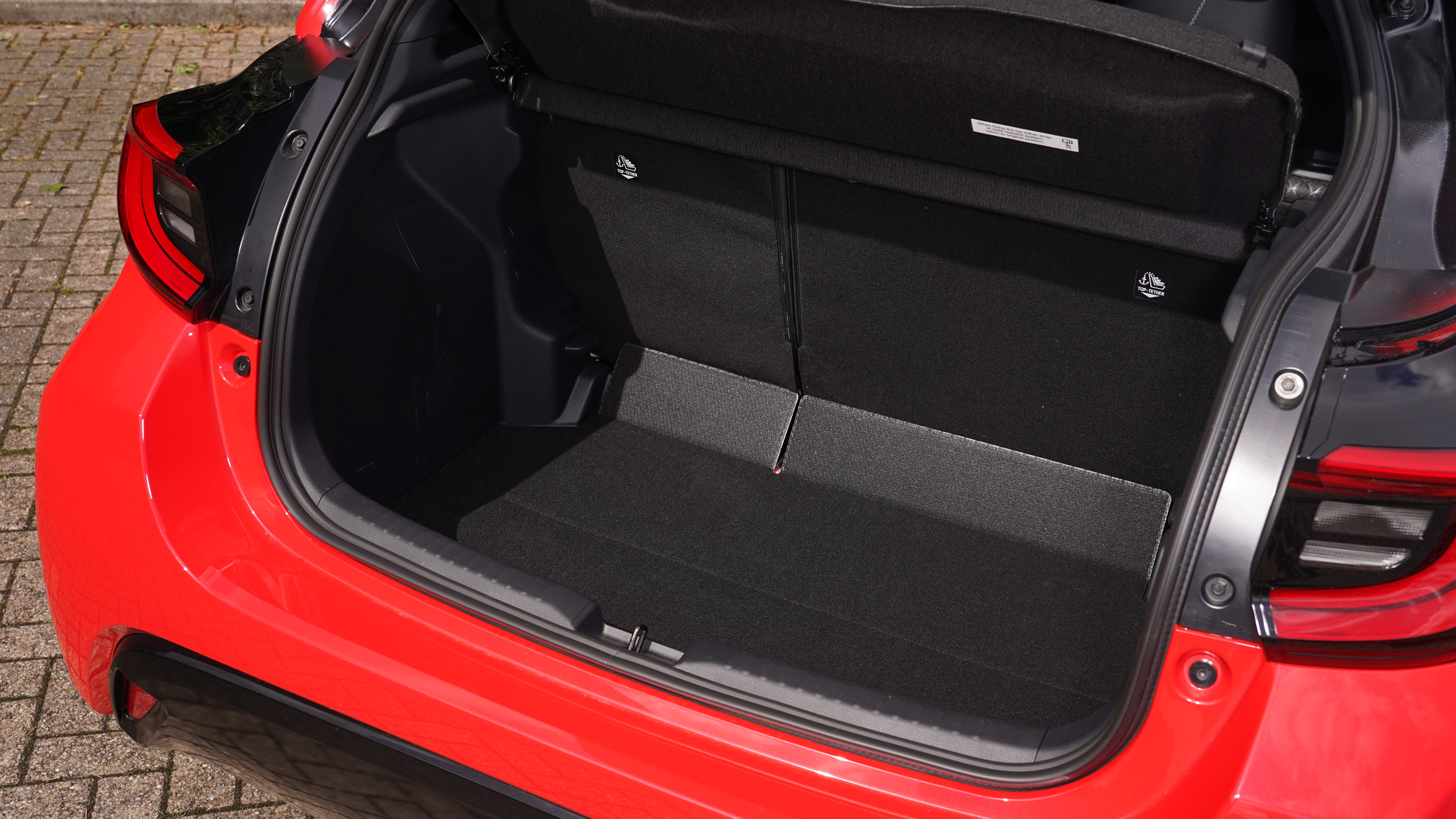 1 / 15
Advertisement
“Efficient, interesting looking and updated inside, but the Yaris is one for the practical head rather than emotional heart ”

A supremely efficient and acceptable looking supermini, covers a lot of small-car bases

Some cheap plastics inside, CVT ‘box not to everyone’s taste, only acceptable to drive

Nobody buys small cars anymore, right? Well, not exactly. Toyota may have recently pulled the covers off the jumped-up, plastic-arch clad Yaris Cross, but it still expects its smaller sibling of the same name to make waves in Europe. In 2019 alone it sold 224,000 third-generation cars on the continent, taking a 7.6 per cent share of the B-segment market in the process. That’s not bad form at all considering the rivals – the Renault Clio, Volkswagen Polo and Ford Fiesta are all guaranteed sellers on our shores.

Now, in another show of support for the small hatch, the Yaris has been redesigned from the ground up for its fourth generation. It’s a good-looking thing isn’t it? The folded rear end and the optional two-tone paint job (£1,180 in pearlescent form) mean it’s recognisably Toyota, and you’ll spend most of your time behind the wheel looking at those swollen rear arches in the wing mirrors. Nice.

It looks much better than before, but that could be because of the GR obsession…

The Yaris is based on an all-new, 37 per cent stiffer compact car platform known internally as GA-B – essentially a downsized version of the GA-C platform used for the latest C-HR and Corolla – which has also allowed Toyota to make it 5mm shorter than the outgoing model, though the wheelbase has grown by 50mm and the whole car is 50mm wider and 40mm lower. The same kit as the raucous GR Yaris. We usually say those kinds of things about next-generation sportscars, so this is kind of refreshing.

What does that mean in the real world?

Well, practically, it means the old Yaris seating position (which was presumably inspired by the Routemaster bus) is no longer present either. Here you sit 60mm further back compared to the previous generation, and the hip point is over 2cm lower too; these sound like small changes, but they make a world of difference to large modern humans.

It also means that the Yaris is actually surprisingly direct and comfortable. A stiff base to push from means that the suspension does what it should, a longer wheelbase adds some ride refinement to motorway cruising (it doesn’t pitch as much as the old one), and the wider stance makes it a little bit less topple-tastic if you accidentally pitch it into a corner with too much speed.

As we’ve said, this isn’t a car that you should be worried about driving like it’s a racetrack refugee, but that stuff also makes it feel more mature and competent at Nan speed.

So what about engines? What’s the story there?

In the UK we’ll only get one powertrain to choose from (if you discount the totally reinvented GR Yaris as we’ll have to here) as the Yaris follows a heap of other Toyota products in going hybrid only. So, propulsion here comes from a 1.5-litre three-cylinder engine connected to a small lithium-ion battery and an electric motor for a total output of 114bhp and 89lb ft of torque.

Said power is sent to the front wheels only through our old friend – the e-CVT gearbox. Don’t wince - it’s not as bad as you might think. There may be other powertrains in future, but they’ll be smaller and more frugal, rather than anything more interesting. Still, what were you expecting? 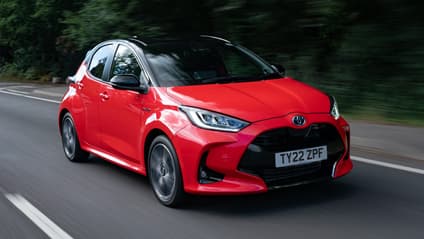 “Efficient, interesting looking and updated inside, but the Yaris is one for the practical head rather than emotional heart”

In fairness, if you drive this latest generation how a Yaris should be driven (i.e. how your grandmother drives) then it’s a more than acceptable mode of transport that can be quiet, efficient and – thanks to very eager active systems – safe.

Unfortunately, it’s once you start to get a move on that things get a little less rosy and your confidence in the dynamics dwindles. It’s never going to be the most exciting or engaging thing to drive and couldn’t stack up to the Fiesta in that regard. Oddly, the version with the slightly smaller wheels rides a bit better on bumpy British B-roads and feels a tiny bit more eager to turn, but that’s kind of irrelevant for the market it’s aimed at: the tight turning circle, modest dimensions and light steering at parking speeds are probably of more importance. That and the fact that it pretty much does 70mpg no matter what you do, and it’s about as fuss-free as a small automatic hatchback gets.

Then again, if you want something that looks like this and is a little more memorable to be behind the wheel of, then you’d be best getting your name down for a GR. That’s surely what the madcap four-wheel drive Yaris was built for, and the more people that buy that thing the better. 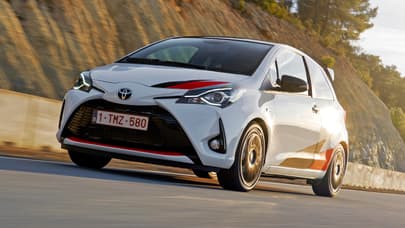 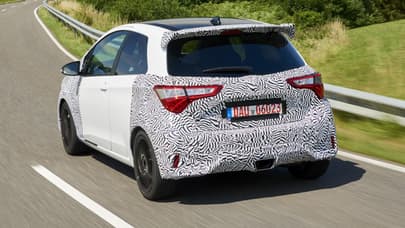 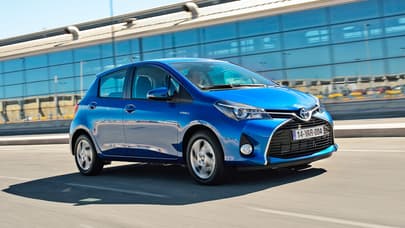