Will power stations and the grid be able to cope in our EV future? | Top Gear
Advertisement
Electric

Will power stations and the grid be able to cope in our EV future? 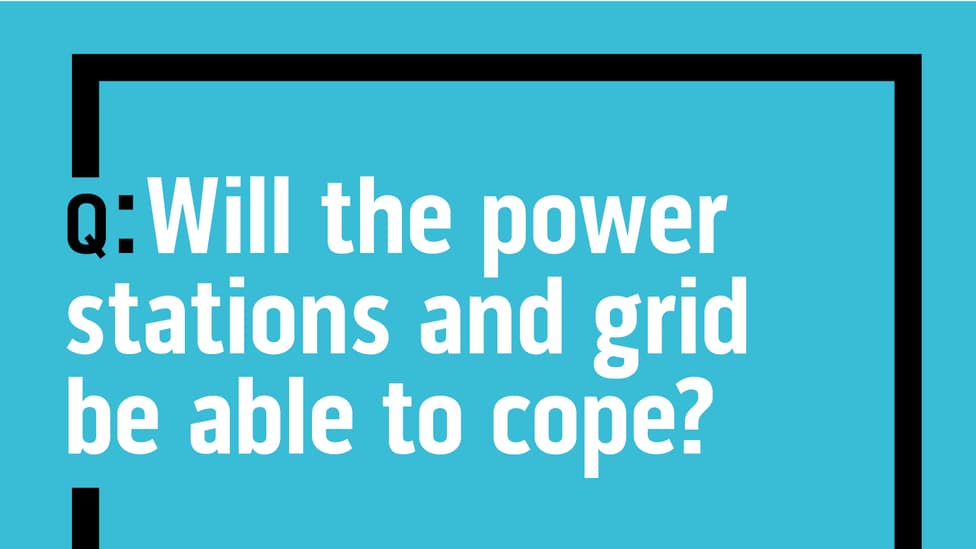 Britain’s electricity system can generate enough energy to drive all the electric cars anyone expects. Strangely enough, UK overall demand is falling, because of things like energy efficiency in houses and industry – all those LED light bulbs you’ve got.

The Government has launched measures to generate a third of our electricity from offshore wind by 2030, about four times as much as now. Predictions say that nearly three-quarters of UK electricity will be low-carbon by that date. Offshore wind is expected to be cheaper than fossil fuel generation as soon as 2020. Other green sources are also growing fast because they make economic sense too. Solar, even unsubsidised, is now one of the cheapest sources of all.

We won’t run short of daily energy. That, though, is far from the end of this story.

It’s not just about energy, it’s about power – the rate we demand that energy over the course of the day. If everyone came home from work and plugged in their cars at 6.30pm, which is what today’s owners tend to do, the spike on the grid would cause meltdown in much of the network. That’s because 6.30pm is already the daily power-demand peak on account of all the people getting supper on.

So there has to be smart charging. Both anecdotal evidence and actual studies – the biggest is called Electric Nation, by TRL and Western Power Distribution, which runs a big portion of the national grid – show this is technically feasible. Almost all EVs come with a cellular data connection, and they have apps that let owners plug in but schedule charging for later – normally to when the electricity is cheaper overnight. And why’s it cheaper overnight? Because there’s less demand then.

It’s not just about energy, it’s about power – the rate we demand that energy over the course of the day

But that’s not enough. Say several people in one street set their cars to charge at the same time of night. In some areas the local 240V system would fail. So it’s important the charging posts themselves can talk to each other and spread the load. Give drivers a mild incentive of cheaper juice, and they’re nearly all happy to allow this – provided they have a simple button on their app so they can override it if they need to get going in a hurry.

Which sounds straightforward in our data-driven age, except that electricity is privatised across many providers. No agency exists to agglomerate that info. Still, this is a bureaucratic issue, not a technical one. The multiple charge-post manufacturers also don’t seem to be working to common information-swapping protocols, unlike in Germany. With luck these issues aren’t insurmountable.

The alternative, if the local grid isn’t smoothed like this, would be to physically upgrade it. Which would cost, says Electric Nation, about £2.2 billion, to be added on to everyone’s bill.

The study assumed about a million electric cars on the road, which is probably an underestimate. So in the end, smart charging and load balancing will likely provide grid engineers with some breathing space so they can prioritise the upgrades and get the work done with no nasty surprises.

The Big Electric Question #1: how green is an electric car, really?