Chiron just a tad underpowered for you? Then try the Arash AF10 for size 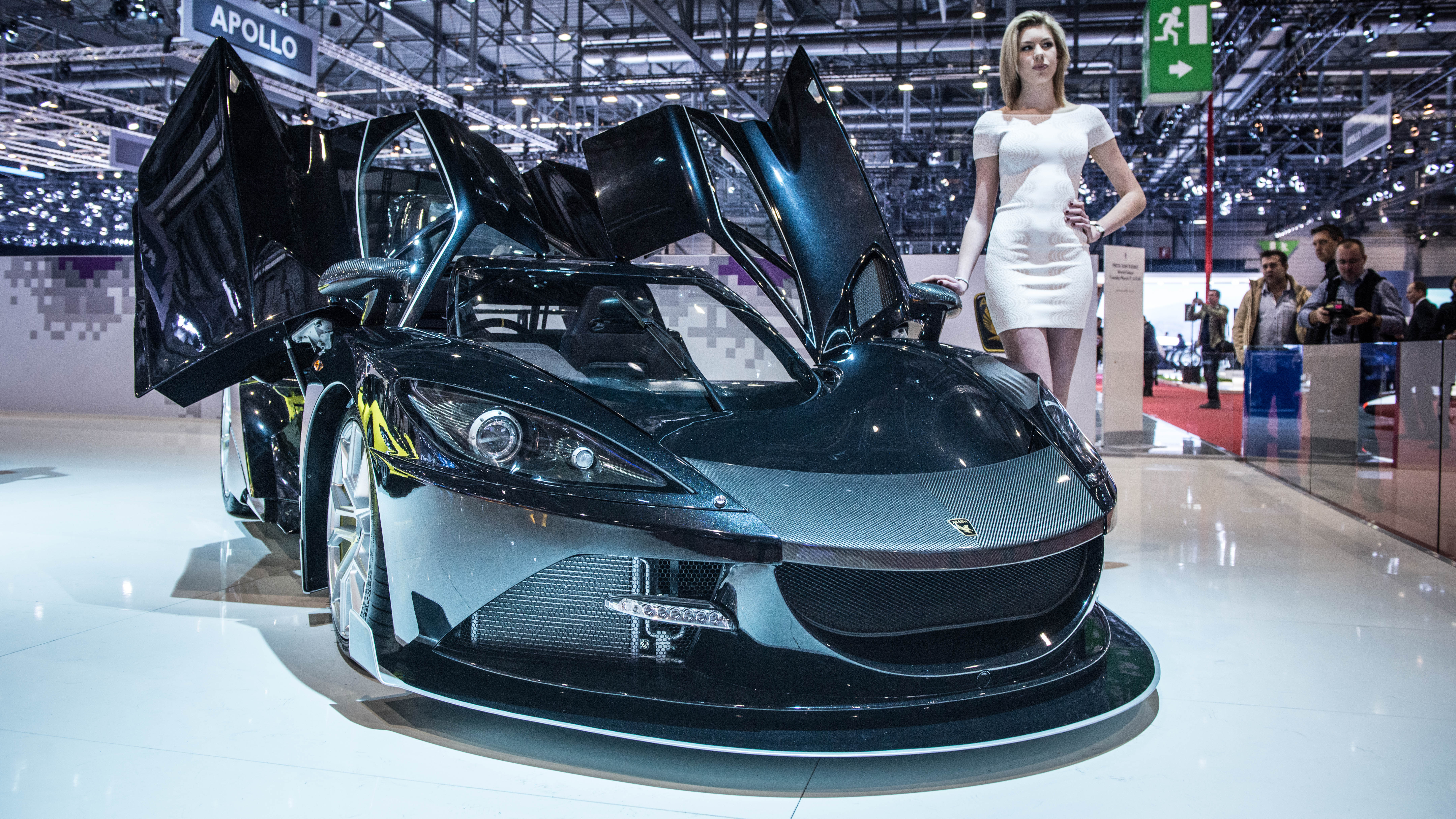 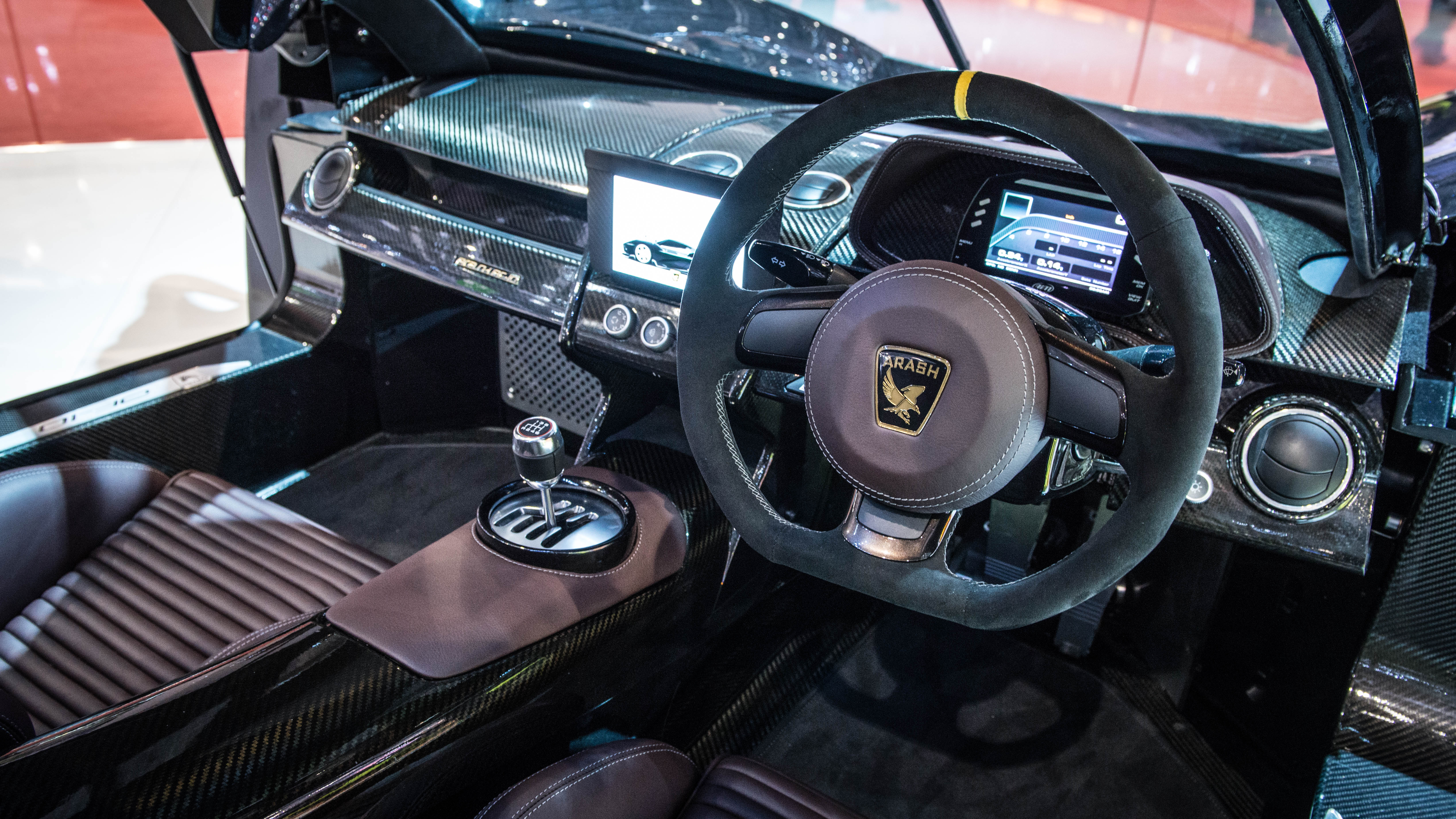 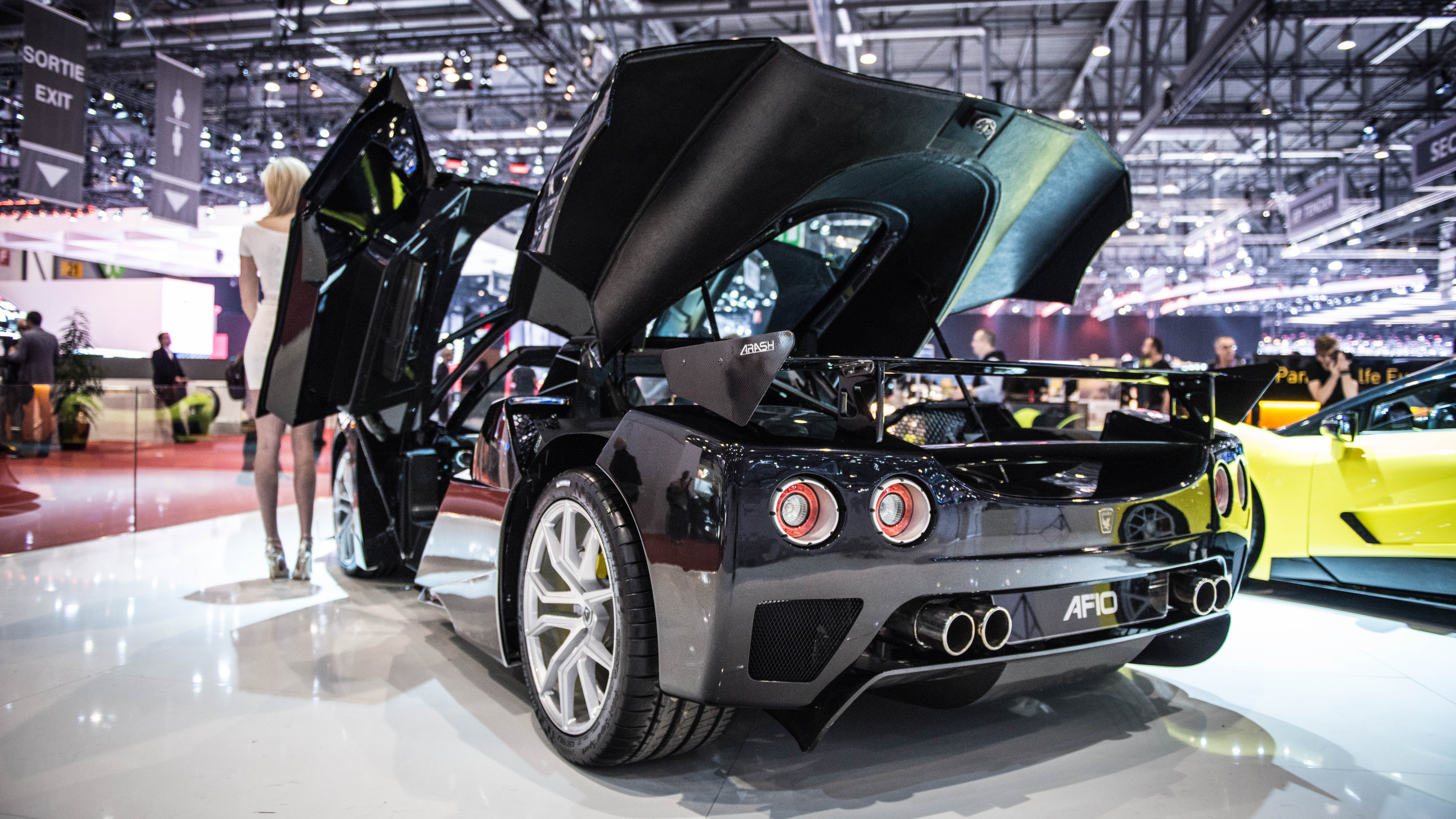 There are many, many powerful cars at this year’s Geneva motor show. Most notably the awesome Bugatti Chiron – the 261mph, 1,479bhp successor to the Veyron.

However, if you want your hypercar kicks to come with even more power and built by a bunch of blokes in a light industrial shed in Suffolk, let us introduce you to the 2,080bhp Arash AF10.

For those not in the know, Arash is the brainchild of Arash Farboud. He’s an incredibly enthusiastic supercar owner who, in his spare time, likes to make his own. Y’know, as you do.

The firm first started off as Farboud Sports Cars, rebranded to Farbio Sports Cars in 2007 and now fall under the 'Arash' banner. And that black wedge of carbon fibre above is its latest offering: the AF10.

It’s powered by a ‘five-part hybrid drivetrain’ consisting of four electric hub motors (each with their own two-speed gearbox and manufactured by LMP1 suppliers Compact Dynamics) plus a monster supercharged V8 petrol engine.

How did Arash arrive at a final power figure of over 2,000bhp? A simple bit of addition is the answer.

The engine is set to produce 900bhp, while each of the four motors kicks out 295bhp and 200lb ft of torque. So, if you punch all these numbers into a calculator you end up with a very big number at the end. Things in the real world are a bit different of course, but even so, Arash thinks it is very achievable.

So achievable in fact, he reckons the four-wheel-drive hypercar will be able to hit 60mph in just 2.8 seconds (the same as Koenigsegg's Regera) and a top speed of ‘over 200mph’. All very impressive considering it runs through a click-clack manual gearbox from a first-generation Audi R8.

Should the holy trinity of hybrid hypercars (LaFerrari, Porsche 918 and McLaren P1) be quaking in their duel-fuel boots? Well, not just yet.

The Geneva show car above doesn’t actually have the hybrid powertrain fitted. The motors, batteries and electrical gubbins were all on display at the back of the stand instead of in the car. Even so, Mr Farboud was keen to point out that the car works ‘virtually’ in his computer simulation.

Priced at £1.1million for the road version (it’s £1.2m for a race version that comes with a roll cage and fire extinguisher) the AF10 is an expensive bit of kit for something that’s not yet tested.

Even so, having sold 40 cars in the past, it’s not like they’ve never put a car together before. Will it ever hit those claimed numbers? Or is it destined for filing at the back of the TG's big Vapourware Supercar drawer? We’ll have to wait and see.