Official: this is the new, V6-engined Ferrari 296 GTB 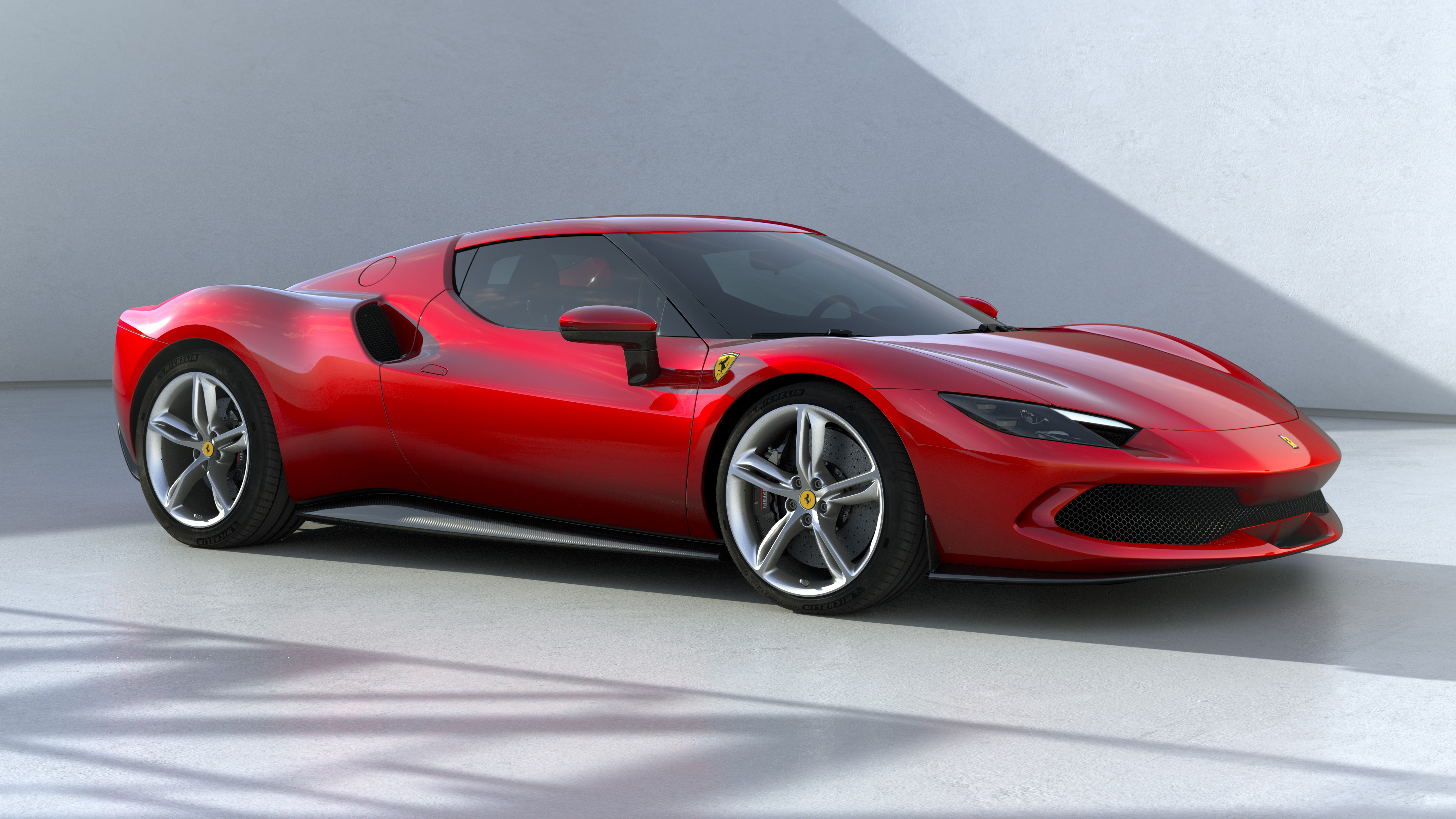 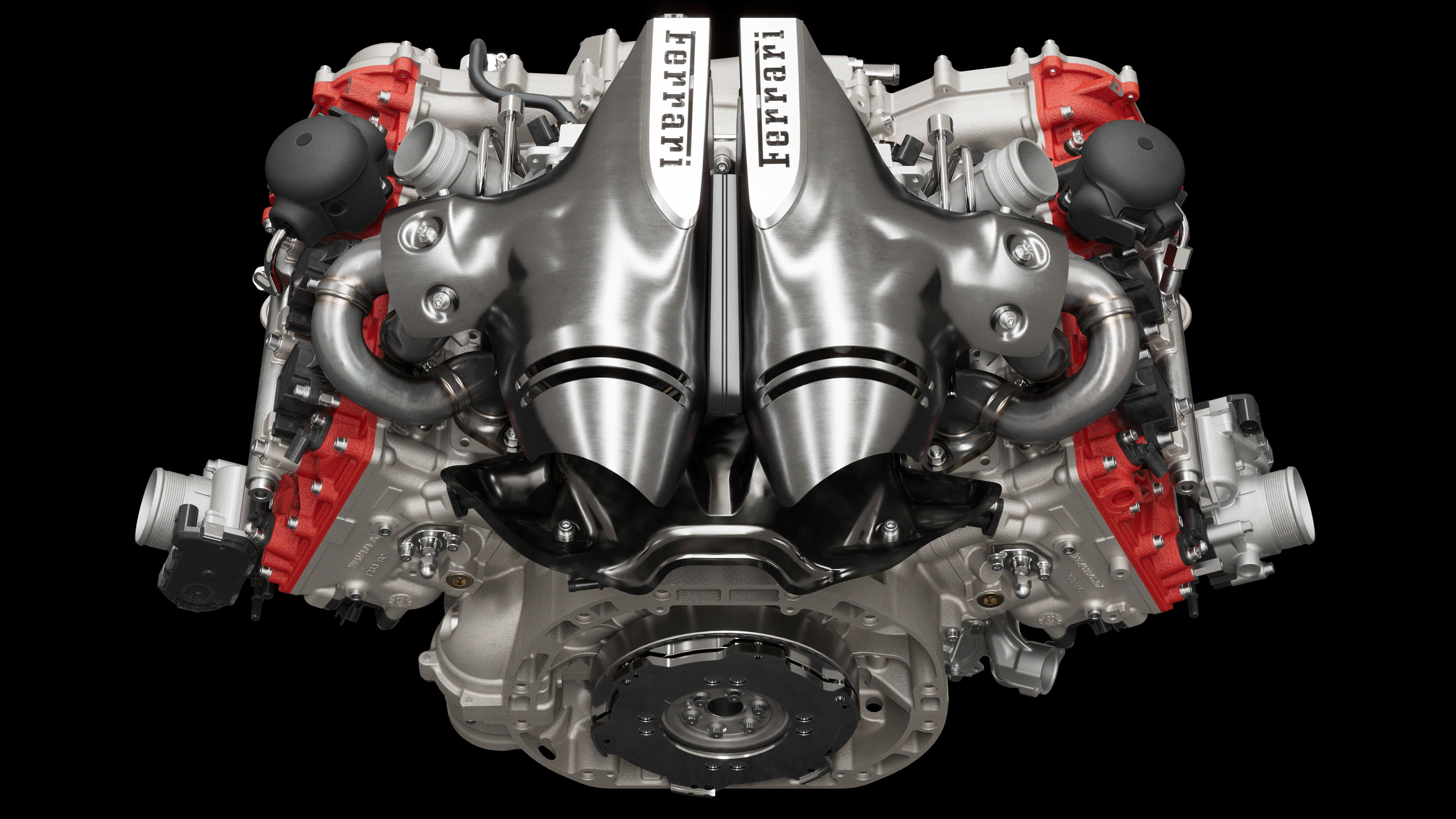 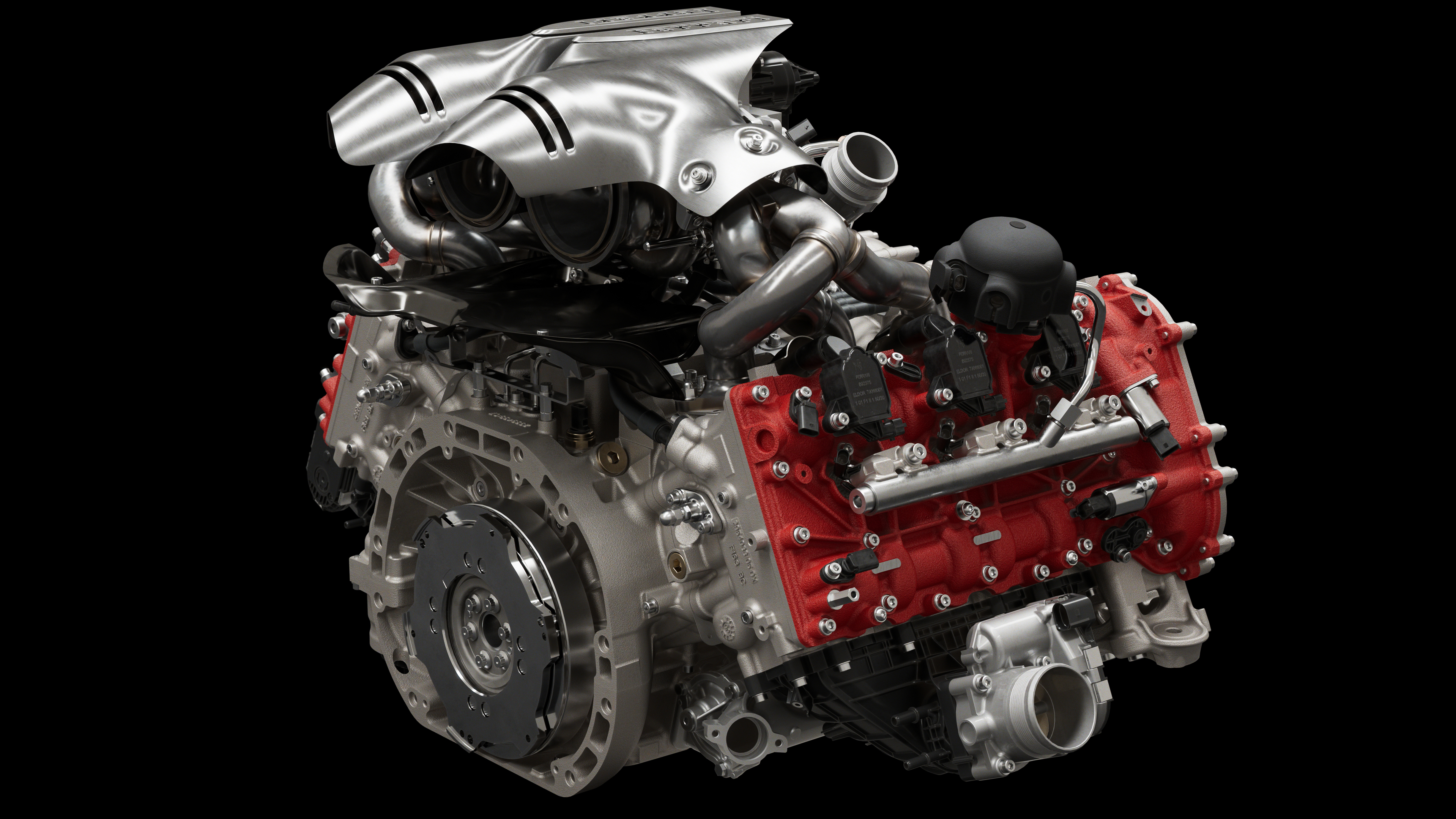 Did you know that Leonardo da Vinci once designed an automated robot knight – a sort of Renaissance RoboCop? Well, he did. And yet even the Italian master with all his boundless ingenuity and skill would have been bamboozled by the witchcraft present in this new Ferrari supercar.

It doesn't replace the F8 Tributo, but "complements" the range, according to Ferrari. Unbelievably, its power output matches the V12 Competizione. You’re looking at the thick, scary end of 819bhp (830CV) from a 2.9-litre turbocharged V6 and electric motor.

Of course, it’s not the first Ferrari V6; that honour rests with 1957’s Dino 156. But that car – and its V6 successors – were all racers. The 296 is the first production road car to feature this configuration; a clean-sheet design especially for this car, producing 654bhp on its own. Ferrari claims it sets the new specific power output record for a production road car.

Both the block and the cylinder heads are made from aluminium, and the combustion chambers feature tech introduced on the SF90. The two turbos are constructed of higher performance alloys compared to those on the F8, and sit inside the ‘vee’ of the six. Both spin to 180,000rpm. Ferrari has managed to reduce the rotating masses (down 11 per cent compared to the V8’s turbos) which in turn has bettered the spool up time. Bottom line: it’ll shoot when you point.

For engine geeks, this V6 marks yet another change: the famous rosso intake plenums don’t sit inside the vee like every other Ferrari, but on the side of the cylinder heads. They use shorter ducts, and the new architecture allows for a more “linear” exhaust line.

Speaking of which, Ferrari assures us the noise of this new V6 will be a tremendous one. You’ll be pleased to know it garnered the internal nickname of ‘piccolo V12’ (little V12); Ferrari says it speaks with the “force of the turbos and the harmony of the high-frequency notes of a naturally-aspirated V12”. Magnifico.

There’s an MGU-K nestled betwixt engine and eight-speed DCT (the same ‘box as the SF90, Roma, Porto); an electric motor of ‘compact’ size able to charge the 7.45kWh battery, start the V6, power the rear axle alone or team up with the V6 to add an additional 165bhp (for that 819bhp total).

In all-electric mode – again, only on the rear axle – it’ll give a range of 15.5 miles, and a top speed of 84mph, while Ferrari’s in-house software promises “very rapid static and dynamic transitions from electric to hybrid/ICE mode and vice-versa”. An eManettino allows you to switch between the various modes (full EV, hybrid, Performance and Qualify, the latter giving max performance), while Side Slip Control now works in harmony with the electric power steering sensor giving much better grip estimation.

A lot of complicated aero is at play in the 296 GTB, as befits any Serious Ferrari. The remarkably clean silhouette that Ferrari says is devoid of “artificial optics” and harks back to the gorgeous 250 LM from 1963, hides clever concepts. The front ‘tea-tray’ that increases downforce over the front axle; brake cooling cleverly integrated with intakes in the headlights; manipulation of the underbody height to maximise airflow; an active rear spoiler (inspired by LaFerrari) that adds 100kg of rear downforce; a trick rear diffuser.

It points to the 296’s overall... pointiness. It’s 50mm shorter in wheelbase than earlier mid-rear-engined Ferrari V8s, and features a lot of tech to ensure it’s a riot through the corners. It weighs just 1,470kg dry thanks to a 30kg lighter engine and use of lighter materials throughout. There’s something called ‘ABS evo’ that aids both stopping distances, grip and turning performance. Side Slip Control is aided by a new sensor in the power steering setup to help you drift even better.

The cockpit mirrors the silhouette’s clean lines. It’s entirely digital, from the driver’s instrument cluster to the passenger side speed display. The central tunnel meanwhile, is an SF90-inspired take on Ferrari’s classic gearshift-gate.

If you want more, an ‘Assetto Fiorano’ pack is available: adjustable Multimatic shocks, carbon fibre appendages on the front bumper, a ‘Lexan’ rear screen, and yet more carbon fibre inside and out. There’s the option of a 250 LM-style livery, and Michelin Sport Cup2R tyres. A chance to make your Serious Ferrari a Very Serious Ferrari. (See the pictures below.)

Alas, we turn once more to da Vinci. “Nothing can be loved or hated unless it is first understood." There's a lot to understand here, huh? 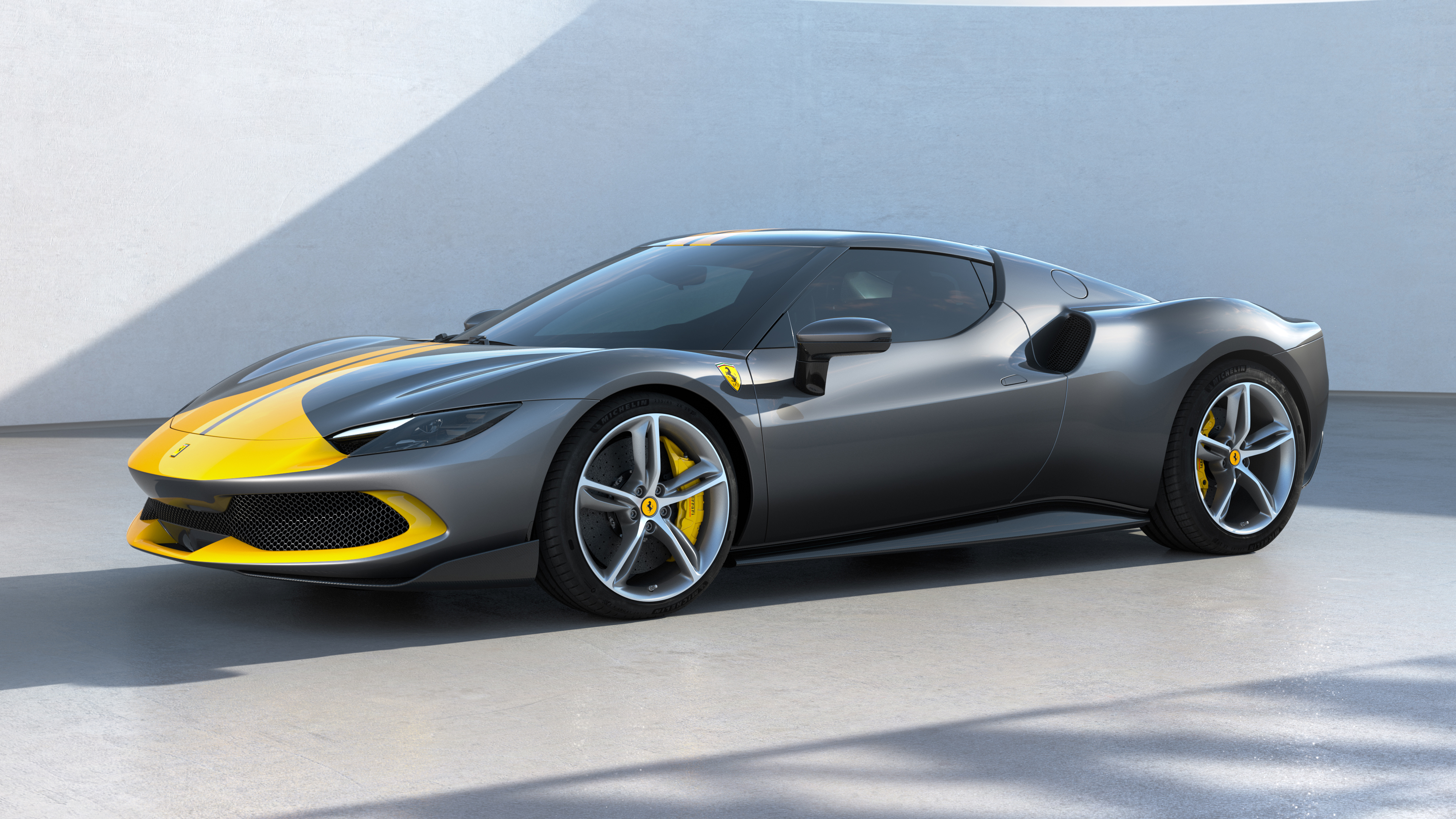 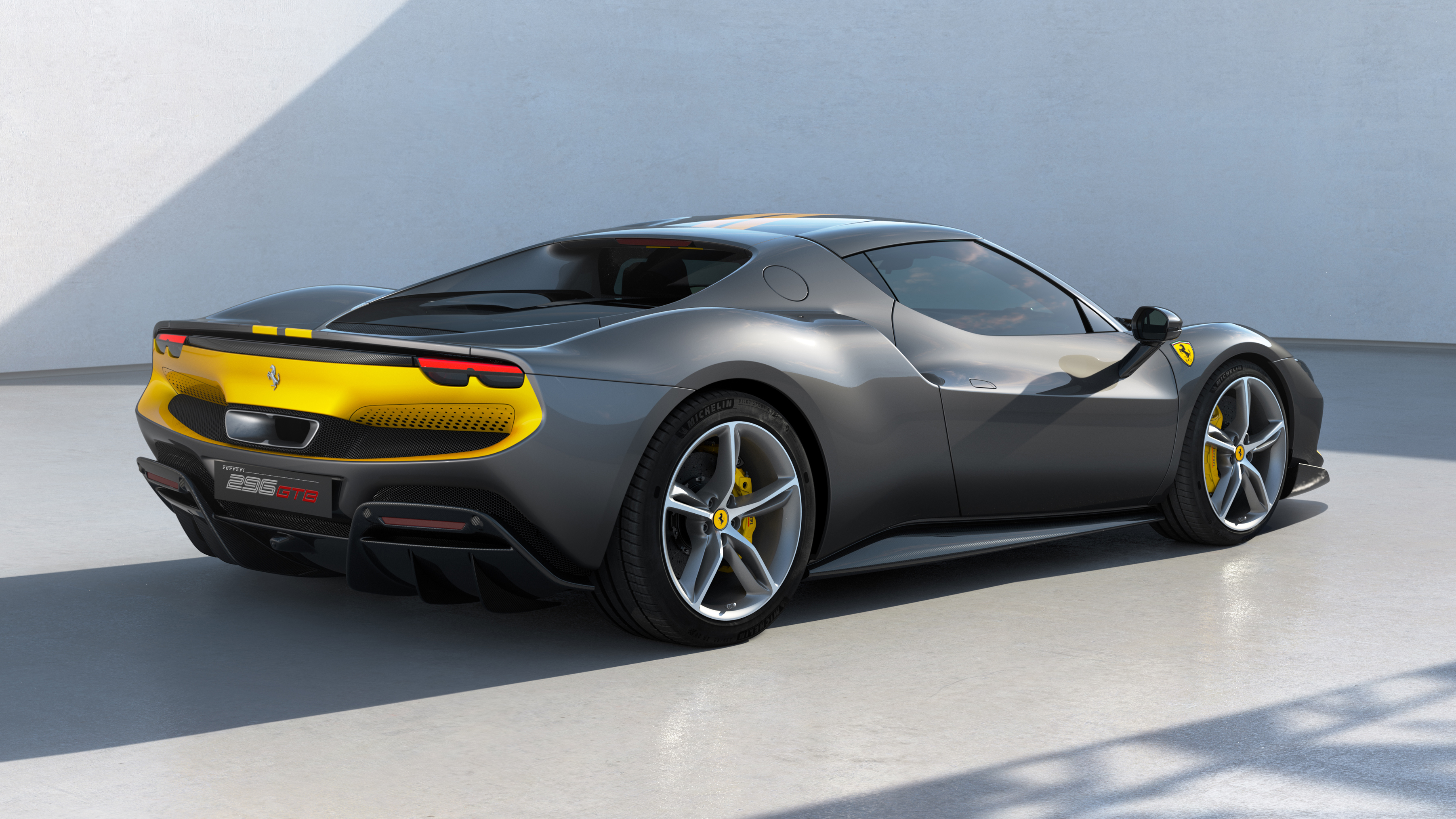 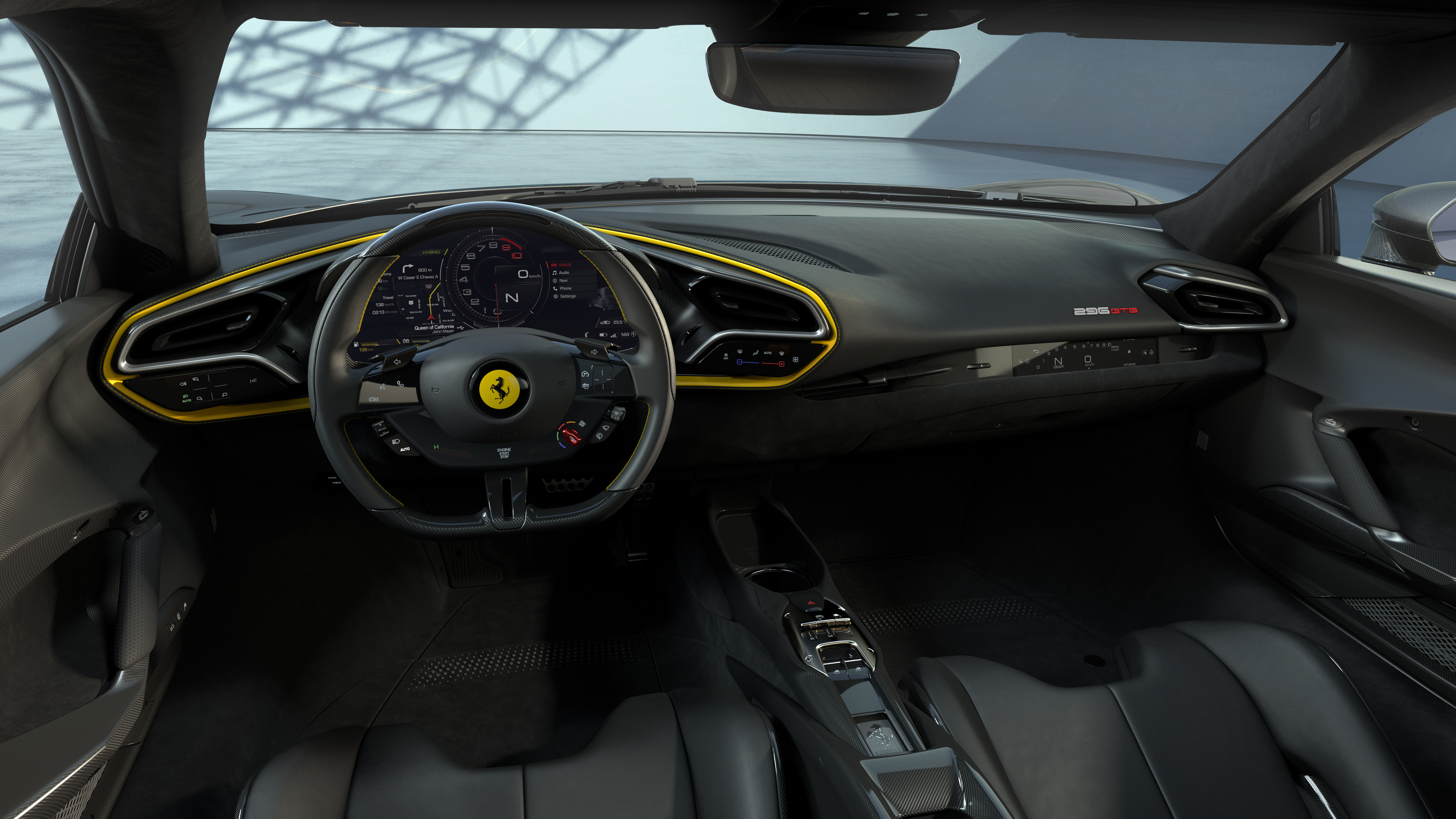