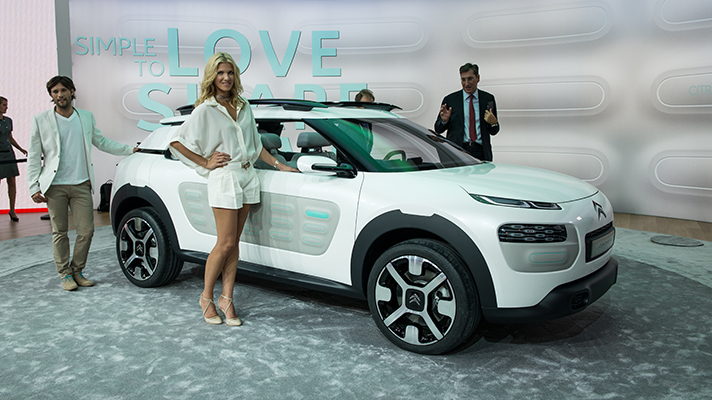 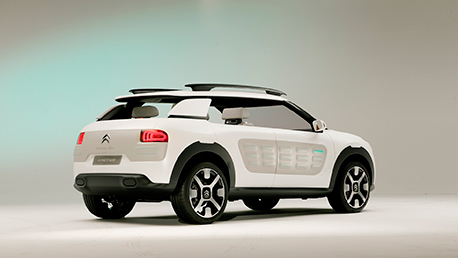 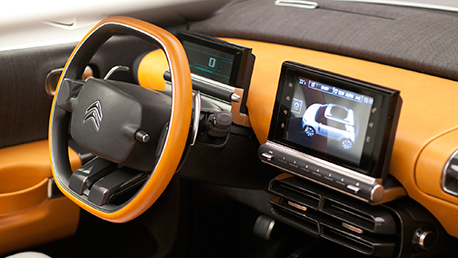 Here's one for those who crave a simpler time of it. The Citroen Cactus concept is aimed at de-stressing your time on the road. In doing so, it also aims to be a new direction for a company that has often lost its way over the past couple of decades.

It's launched as this concept car for the Frankfurt Show next week. But they're deadly serious. We'll see a not-so-different production version, called C4 Cactus, in time for the Geneva Show next March.

We all know people who get frustrated by the complication in modern cars. Too many levers, confusing buttons and options. The need to spend hours with your nose jammed in the instruction book.

Many of the same people also want comfort, instead of a sportiness they never use. Hard suspension and punishingly low-profile tyres are a trend they just don't want to climb aboard. And they've got no need for aggressive styling and unnecessary spoilers, ta very much.

So the Cactus is a more straightforward, more transparent and more sociable take on life on the road.

On the outside, it's about psychological comfort. You don't need to worry about low-speed biffs and scratches. Large areas of it are covered in a sort of automotive bubble-wrap – a non-scratch rubbery surface containing blisters of air. This is a serious idea, called Airbump, and they've spent three years developing it for the production car.

The sheet-metal's design is deceptively smooth and simple. It's a decisive move away from fashion's thrusting creases. The rounded shape is non-aggressive, but to our eyes it's surprisingly sophisticated and well-resolved. Most important, it doesn't look cheap or naive or babyish.

And before you ask, the real car will have glass on its windows, and a B-pillar. They've been removed from the concept to give show crowds a better view inside.

What they'll see is an interior where the inessentials have been stripped away, leaving more space and money for what the target audience really want. So the dash is pared right back in shape and size. The instruments, entertainment, nav and climate are all done by screens, just like on the new C4 Picasso. But here they're tablets, to reduce the dash size. The air vents are separated from the main dash too, and the passenger airbag is up by the sun visor. Result is a huge top-opening glove box and a great feeling of spaciousness.

Because Cactus drivers aren't the sort who squeal round corners on the doorhandles, there's no need for deep quasi-sports seats. Instead the front seat is a sofa-like bench. It has a remarkable effect on relaxing you. The designers say it's also very sociable. Apparently when people are sitting in the car they tend to have longer conversations than when they're sitting in a pair of normal car seats.

Much of this will be carried into production. Most C4 Cactuses will have manual transmissions, so the sofa-bench is slightly re-shaped to allow a gear-lever. But the screens, the separate air vents and the glovebox are real enough.

There certainly won't be electric seats, or complex rear-seat recline and fold mechanisms, or adjustable suspension or multiple driving modes. These things are just a distraction for the C4 Cactus's intended buyers. They add cost and weight and they don't get used, or worse they just cause confusion. Instead this car is about answering those peoples' simpler priorities differently and better.

If comfort and safety are priorities, and so is consumption. The show-car uses the company's HybridAir system, where a cheap and light compressed air tank is used to store excess energy, instead of a heavy expensive battery. But that's not production-ready yet. Still, expect the real car not to drink much. By chucking away unnecessary equipment, and by using turbo three-cylinder petrol engines, and avoiding big heavy wheels and tyres, Citroen engineers say this will be the lightest car in its class.

What is its class? Well the C4 name is the clue. It's a mid-size hatch, and it'll sell alongside the C4 Picasso, C4, and DS4.

Because the C4 Cactus is one of a range, not flying solo, we can see that Citroen isn't betting the farm on it. But there's no doubt the values around simplicity and gentle well-being will be part of the manifesto in all their upcoming cars.

The days when the C5 aped the Germans (and fell flat on its face doing so) are past. So too the time when the Saxo and Xsara were merely half-baked clones of brother Peugeot's 106 and 307.

Citroen wants to set a more distinctive course now. Sure, there ain't much here for Top Gear's habitual poweeeeer and tyre-smoking tendency, but it's good to see diversity in the automotive jungle.