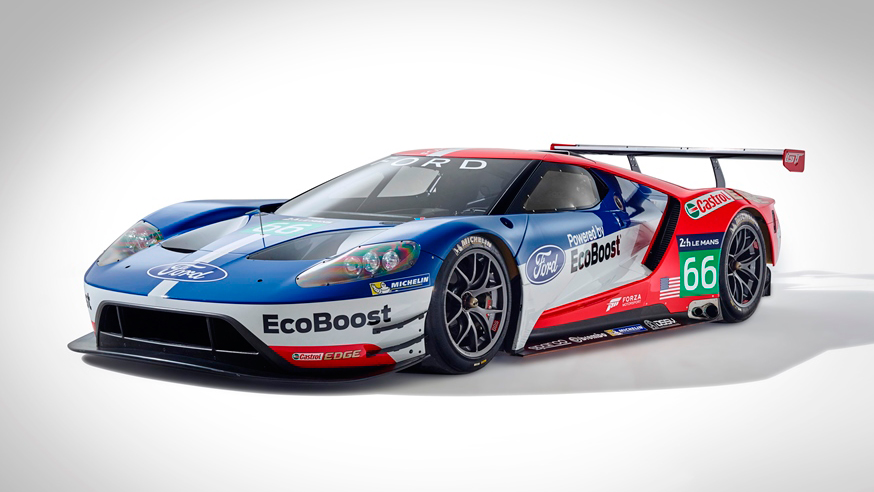 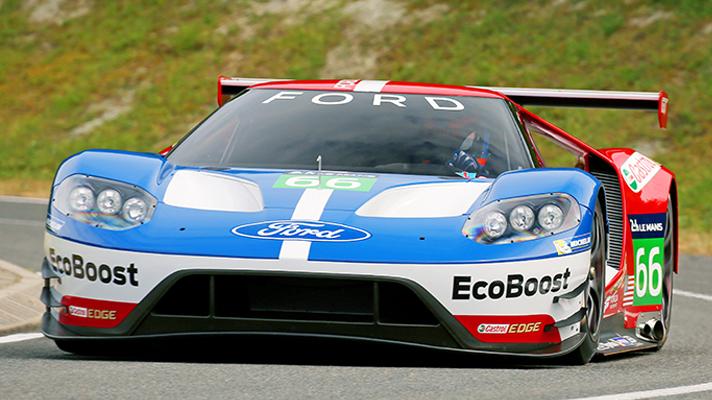 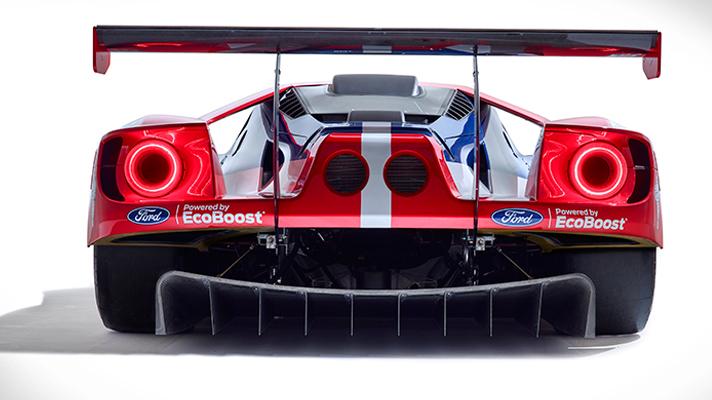 Tired of hearing that playing videogames is a waste of time? Well, from September 18 you'll be able to say you're making a vital contribution to Ford's 2016 return to the Le Mans 24 hours, and all without ever peeling yourself from the bum-shaped impression on your sofa.

You might already be aware that the road-going Ford GT will feature on the cover of Forza Motorsport 6 as the 'hero car' but the relationship goes further than just having something tasty to slap on the box.

According to the game's creative director Dan Greenawalt, telemetry generated by Forza gamers will be passed onto Ford, giving the motorsport team valuable virtual track time for the race-spec version of the car.

“People are going to be putting millions of laps on the Ford GT on Le Mans in lots of conditions on Forza Motorsport 6 long before it ever hits that track,” Greenawalt explains. “That's really what a partnership is all about. We can work with Ford to deliver cars, but also use our community to start helping to tune and create the cars.”

And the best part? Even if you tend to drive like a Werther-addled pensioner on a mobility scooter, you'll still technically be a test driver for Ford's big Le Mans comeback.

“The one thing we've got is millions of players who play all the time,” Greenawalt continues. “Just think about that. If you have a professional race car driver as your test driver and you rent out the Nurburgring for a week, or two weeks, or three weeks, how many miles do you do? A lot.

“But you've got two million players, playing 24 hours a day all the way around the world. You get a lot of test laps, and it doesn't matter that one driver is slow and one driver is fast because you just end up with so much data. It's a different way of looking at how you would design, test and tune a car.”

Ford will, of course, have its own astronomically expensive, weapons-grade simulators, but the fact that this data is at all useful to a multi-million dollar race program shows just how sophisticated console simulations have become.

Forza 6 replicates cars down to the precise weight and rigidity of individual components so, according to Greenawalt's theory, tuning setups that prove quick in the game should give the team a genuine headstart at the circuit.

In addition, the game now features terrifyingly accurate wet weather and night racing, along with the associated temperature drops and changes in grip level, both of which are a factor at Le Mans. Needless to say, we're already hastily scribbling 'test driver' above 'cinema concession stand technician' on our CV.

Still, all the data in the world isn't going to stop the dead-rear view of the Ford GT looking exactly like those green pigs from Angry Birds. Not seeing it? Check the last image in the gallery above...