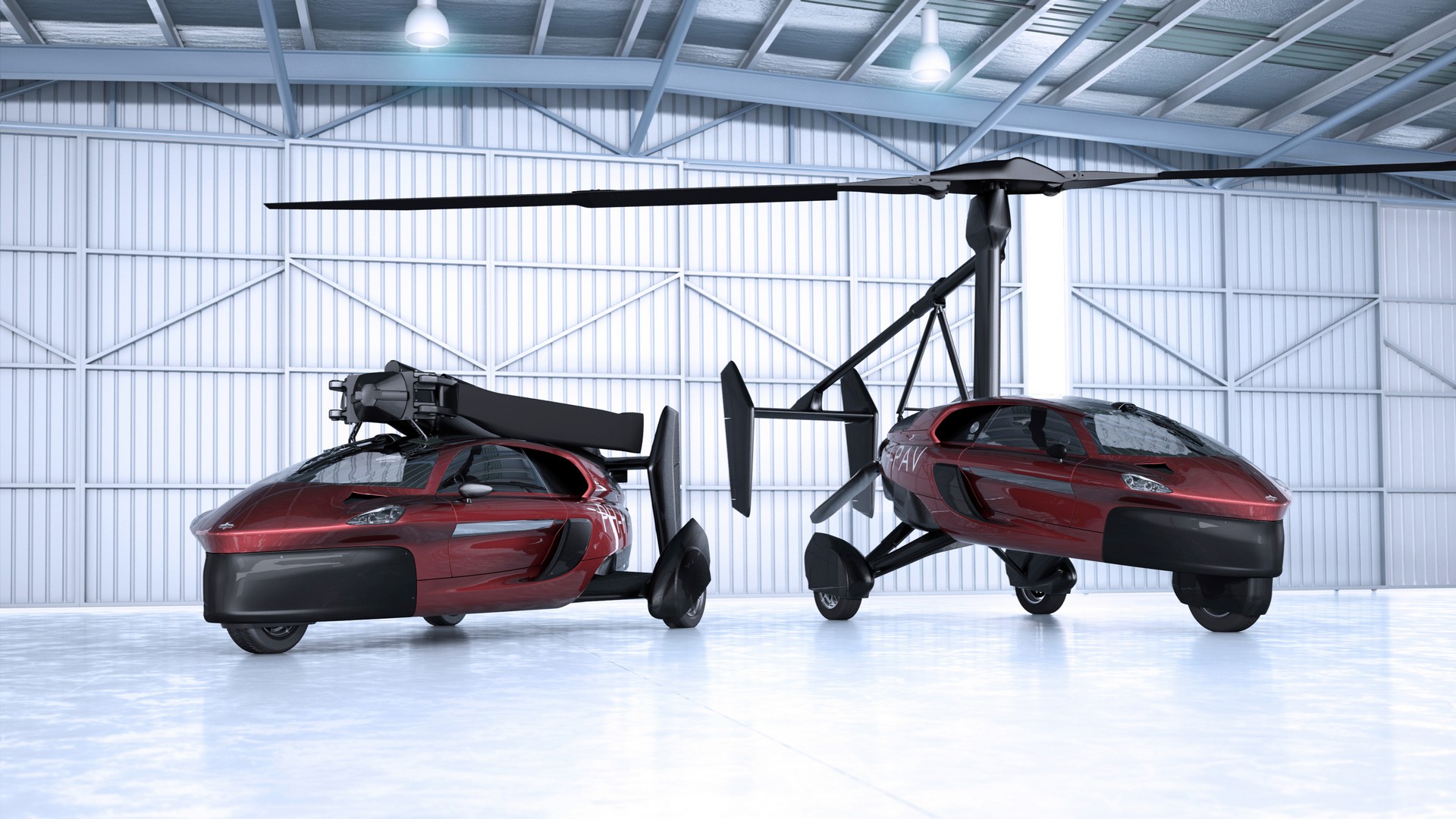 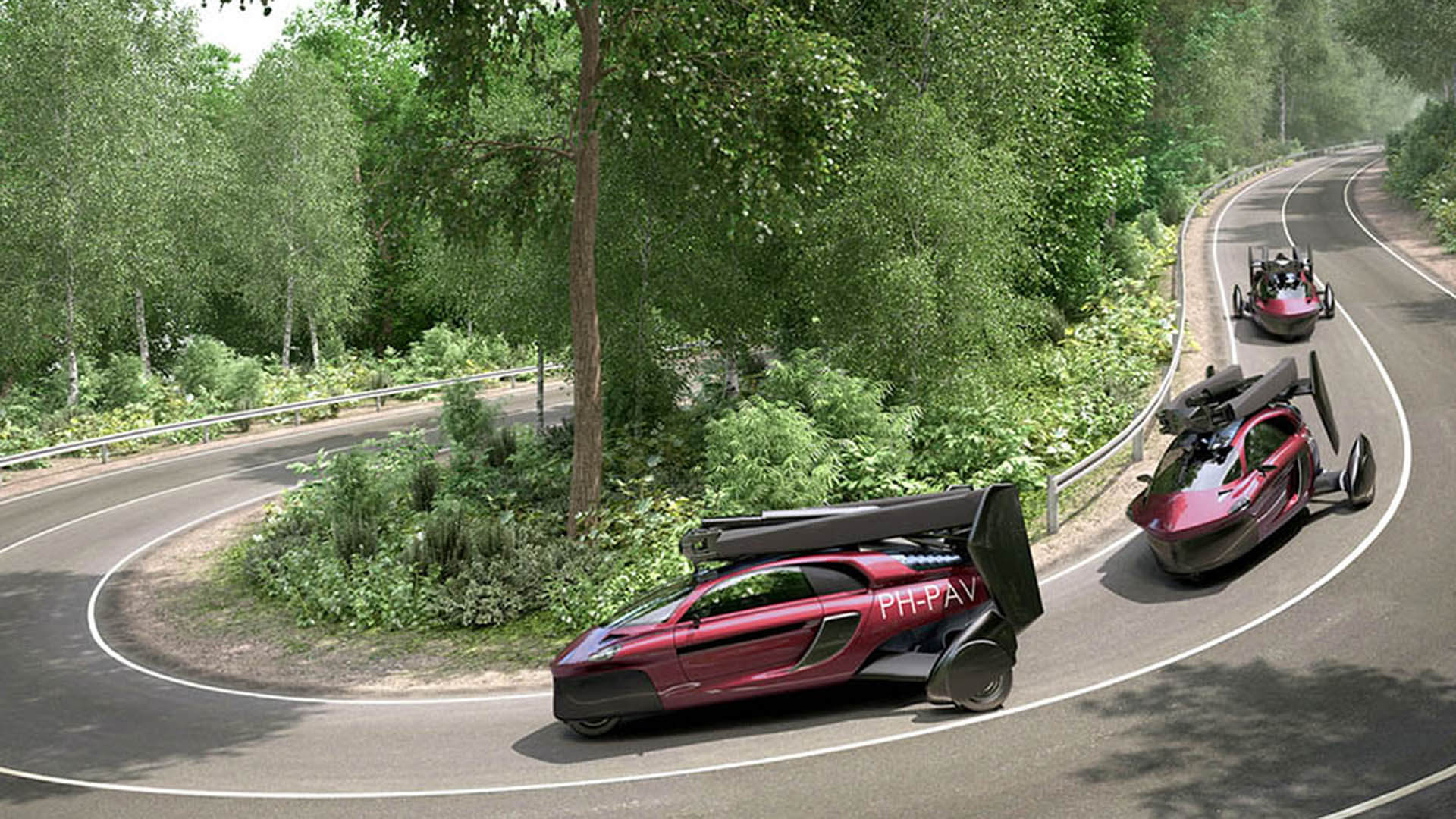 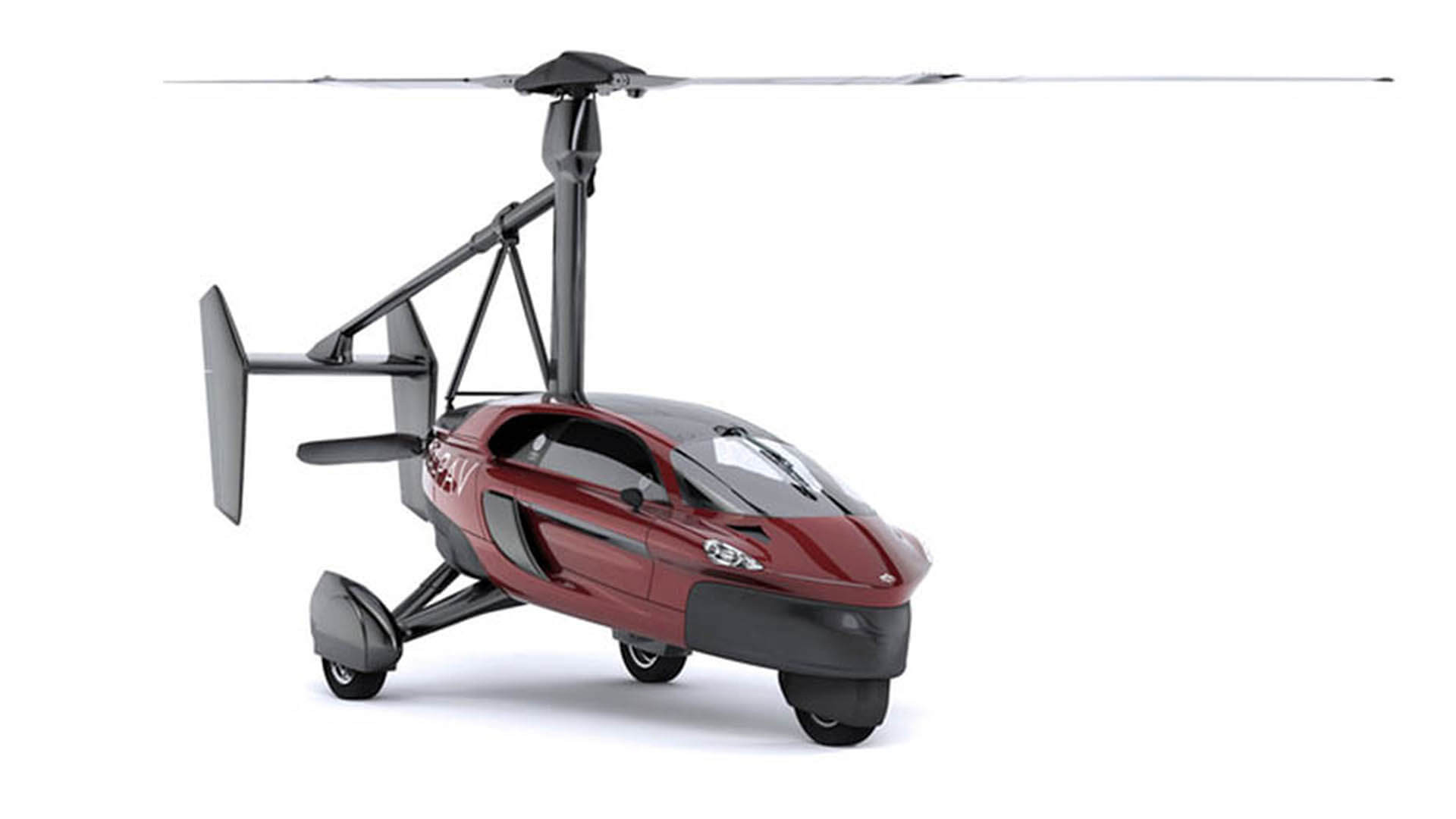 Ladies and gentlemen, the flying car is here. It is called the PAL-V Liberty, and it is set to make its debut at next month's Geneva Motor Show. Inspector Gadget will be pleased.

According to its creators, it’s the world’s first commercial flying car that is fully compliant with existing regulations.

We first saw the PAL-V a few years ago, but the folks at, um, PAL-V have been plugging away to make the possibility of flying away from traffic a reality. The Liberty is apparently the answer to all our congestion problems.

Put simply, it’s a car and gyroplane able to morph from ‘car’ to ‘plane’ in around 5-10 minutes. To do so, the rotor mast erects automatically, but then you’ve got to roll up your sleeves, tug out the tail section, unfold two rotor blades and take out the prop.

It can be flown in Europe with a Recreational Pilot Licence or a Private Pilot Licence, while a plain old driving licence is all you need to take the PAL-V out on the roads. Powered by dual Rotax engines, the 99bhp road engine is capable of propelling the three-wheeled car to a sub nine-second 0-62mph sprint and top speed of 100mph, while fuel economy is a claimed 31mpg with a range of 817 miles. When airborne, the Liberty can climb to a maximum altitude of 3,500m (plenty high enough for us, thanks) via a 197bhp flying engine (providing lift with the rotors up top, while the rotors at the back provide thrust), good enough for an airspeed of 112mph and range of 310 miles.

On the road, the two-seater car tilts into corners like a motorcycle, the aggression of your steering input determining the angle of lean. It looks fun. And then when you get to your airfield, or quiet stretch of the M1, out come the propellers and the rotor and you’re up, up and away.

We’re told the Liberty requires 90-200x200 metres of unobstructed take-off space. So you won’t be able to do it mid M4 traffic jam. But once airborne, PAL-V says “maneuvering and swiftly getting around obstacles like a hummingbird will make you smile”. Hmm. If you have the dexterity and confidence in the air like us, it will make you uncomfortable.

Only 90 Pal-V Libertys will be produced, each for £425,000 with deliveries expected next year. Once those orders have been fulfilled, a Liberty Sport model will be introduced for around £254,000 before taxes.

So, hands up - who’d like to have a go? And do we really need flying cars in the world? Let us know below.