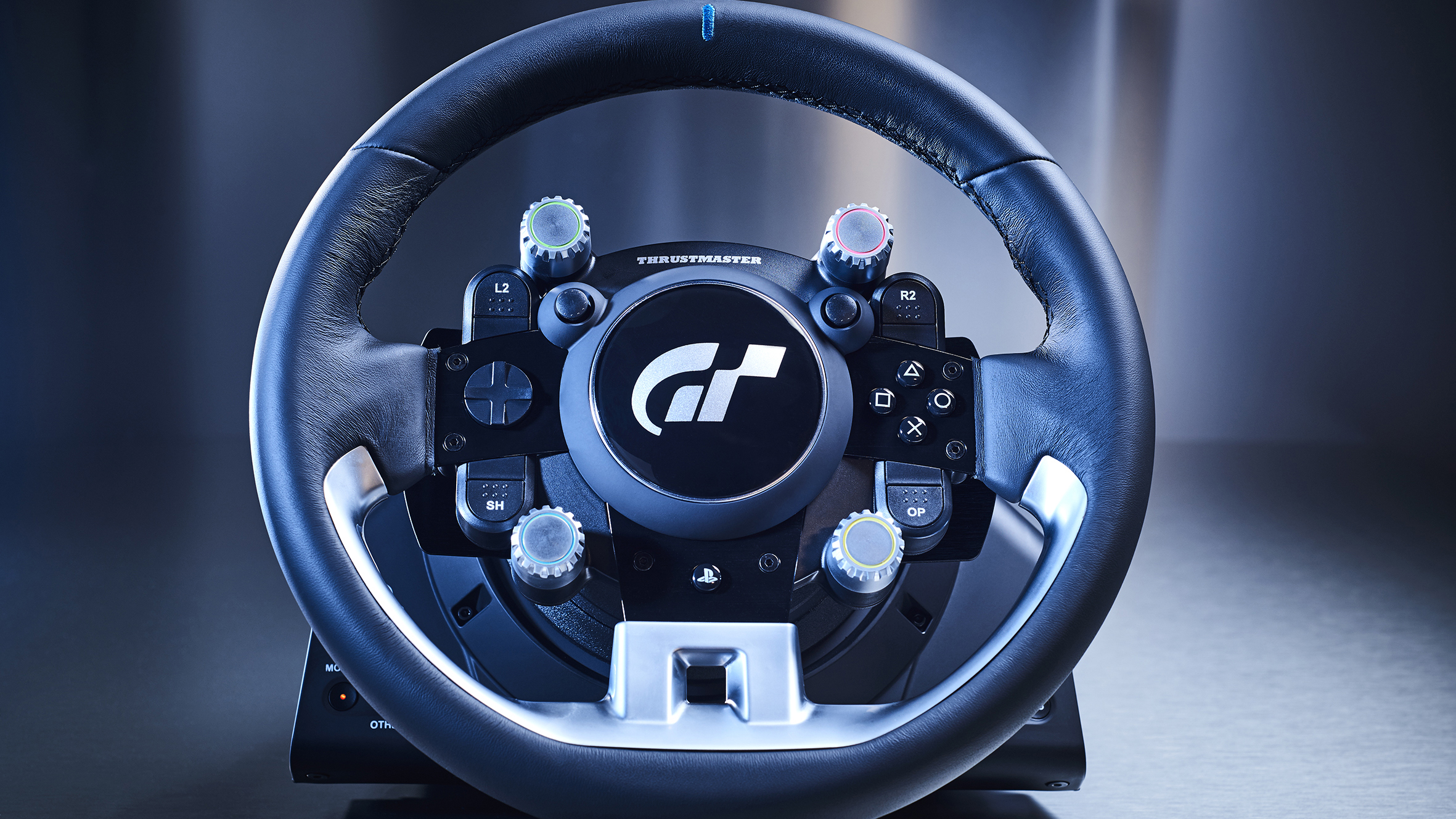 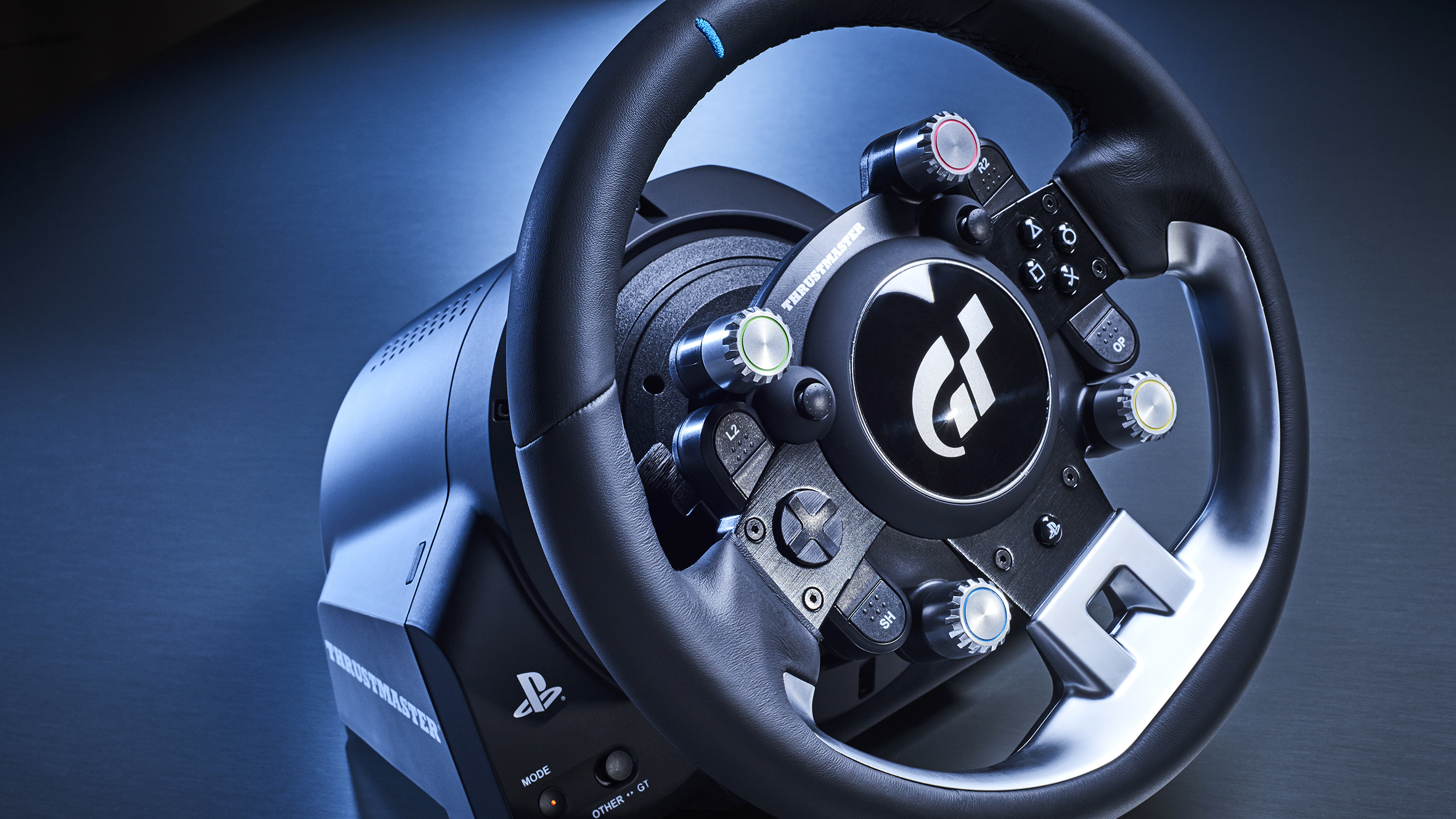 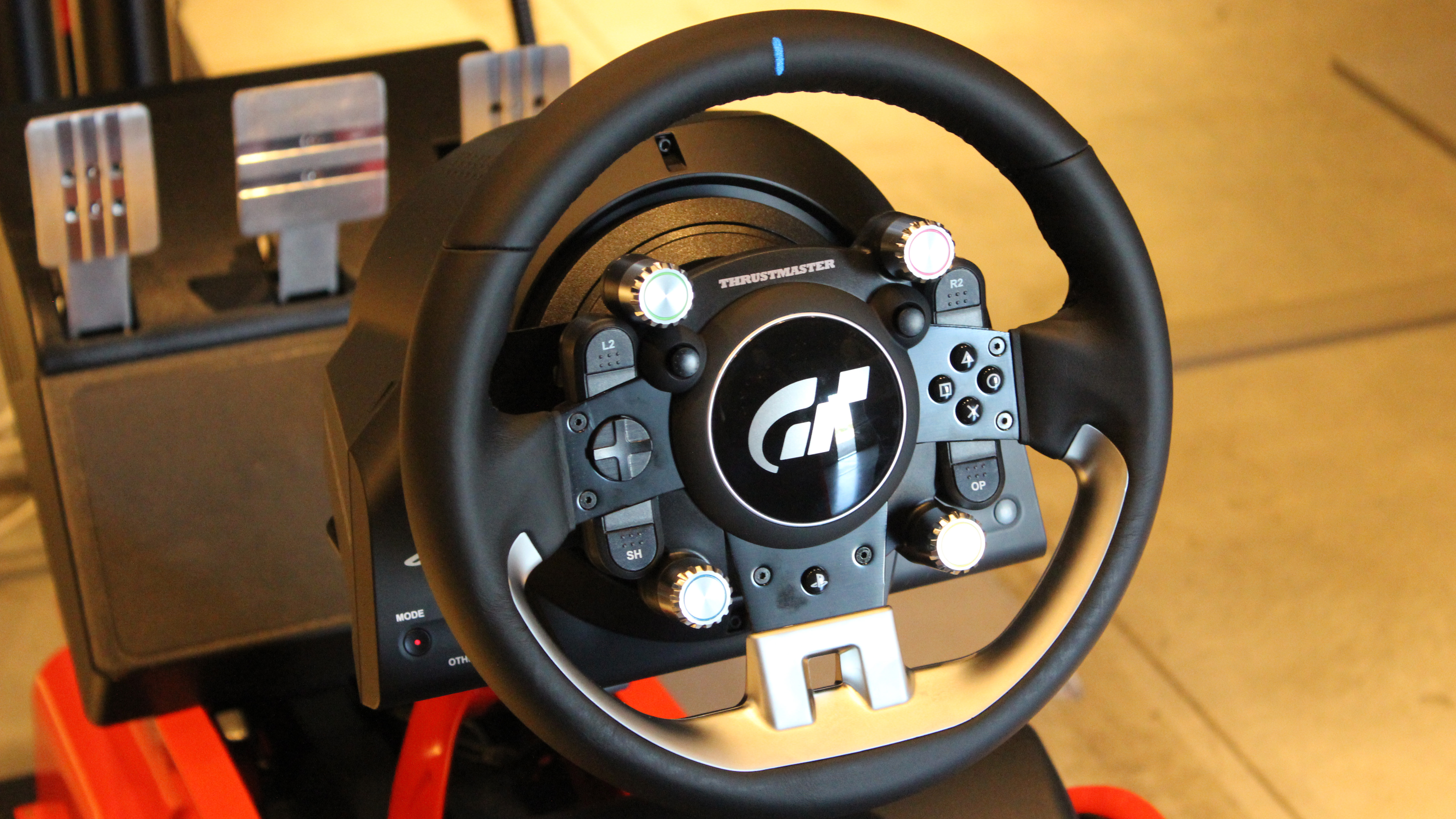 Fun as lobbing cars around using a PlayStation controller is, both in games and in real life, if you want to be posting blistering, leaderboard-topping times on GT Sport when it arrives this week, you'll need a force feedback steering wheel to plug into your PS4. As it happens, Thrustmaster has got you covered. No giggling about the name at the back.

The Thrustmaster TGT is the latest piece of officially licensed sim-racing hardware to arrive for PS4 and it brings with it a few features designed specifically for the latest Gran Turismo. Most notable is the addition of four pleasingly tactile rotary selectors, that allow you to twiddle with your traction control, brake bias and even torque split in the middle of a heated race. This should all be particularly useful in wet weather races, though try not to accidentally slither onto the gravel because you're busy trying to set a series link timer for Neighbours.

The TGT also features what Thrustmaster is calling Depth Feedback. In practice, it's like a sub-woofer for your force feedback, not concerned with educating you as to the subtle behaviour of your front tyres and more about shaking your fillings loose when you rasp over a rumble strip.

Beyond the new stuff it's a solid piece of hardware, with a pleasing silver trim reminiscent of an Audi R8 steering wheel and some of the strongest force feedback we've felt from a consumer-grade setup. A few laps of the Nordschleife at the default settings and you'll have forearms like Popeye.

While the wheel is compatible with other racing games like Assetto Corsa, Dirt 4 and Project CARS 2, plus your PC if you have one, the rotary dials and Depth Feedback systems only kick in when you're playing GT Sport. Otherwise, via a mode select switch on the base, the functionality is similar to Thrustmaster's already excellent T300RS GT Edition with which it shares a pedal set.

With the TGT commanding a £300 premium over the older wheel, it's probably reserved for those properly committing to carving out a virtual racing career on GT Sport, but if that's your intention then those rotary switches especially are likely to convey a genuine competitive edge. If you've got the cash and the upper body strength to spare, it's absolutely the best force feedback wheel available for the PS4. Time to hit the gym, then...