McLaren makes a Vision GT concept, but is there more to it than that? 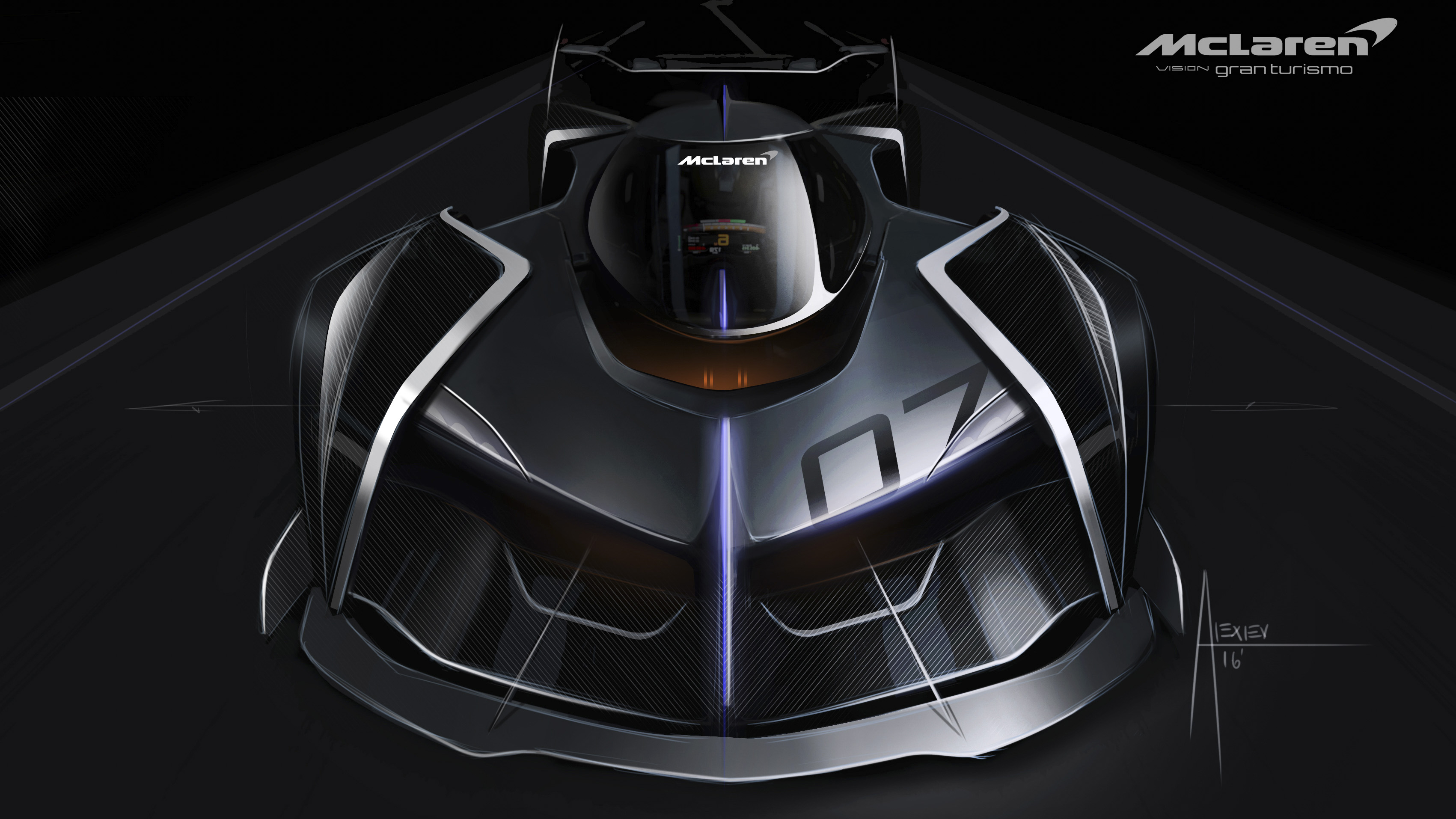 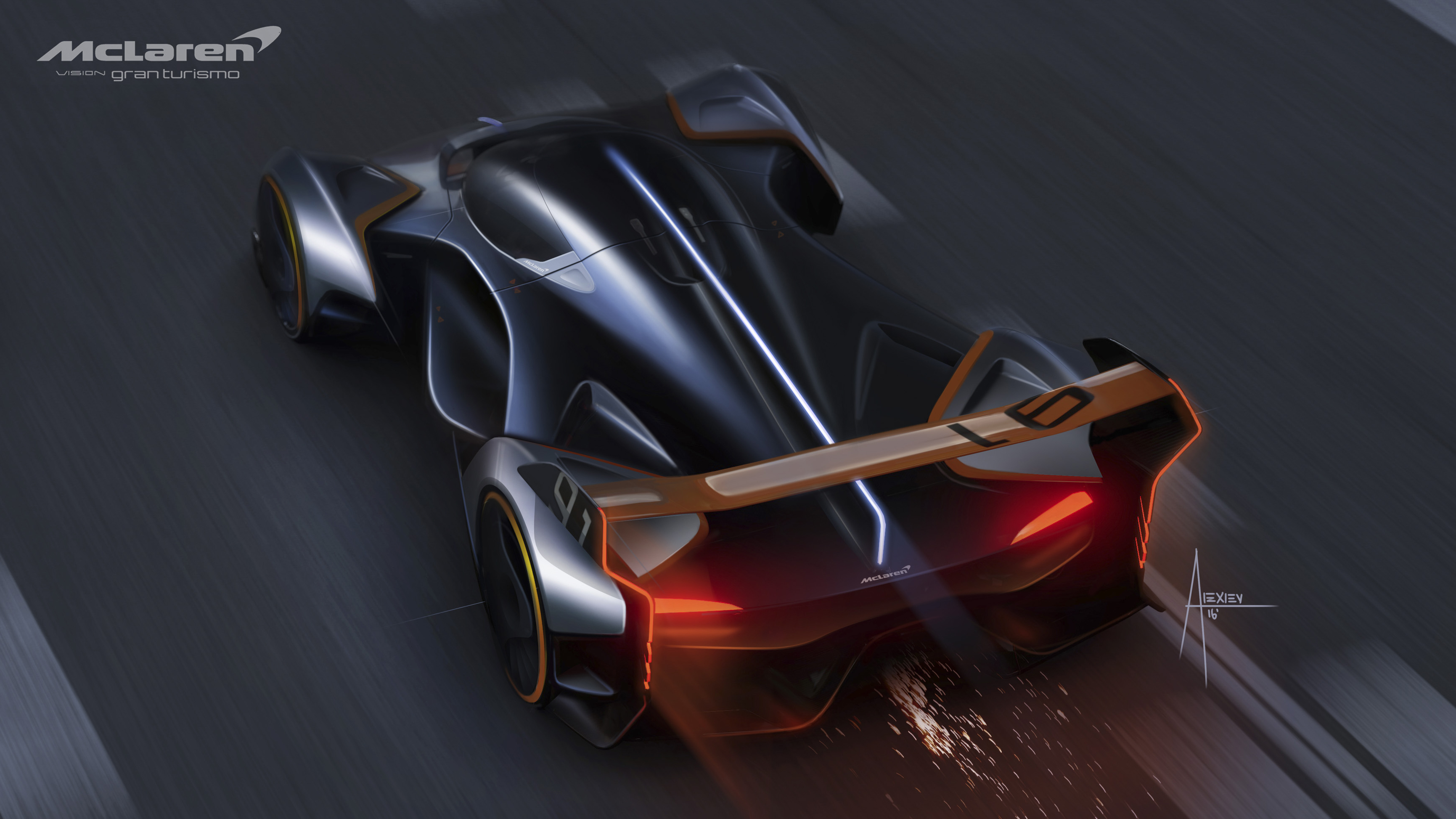 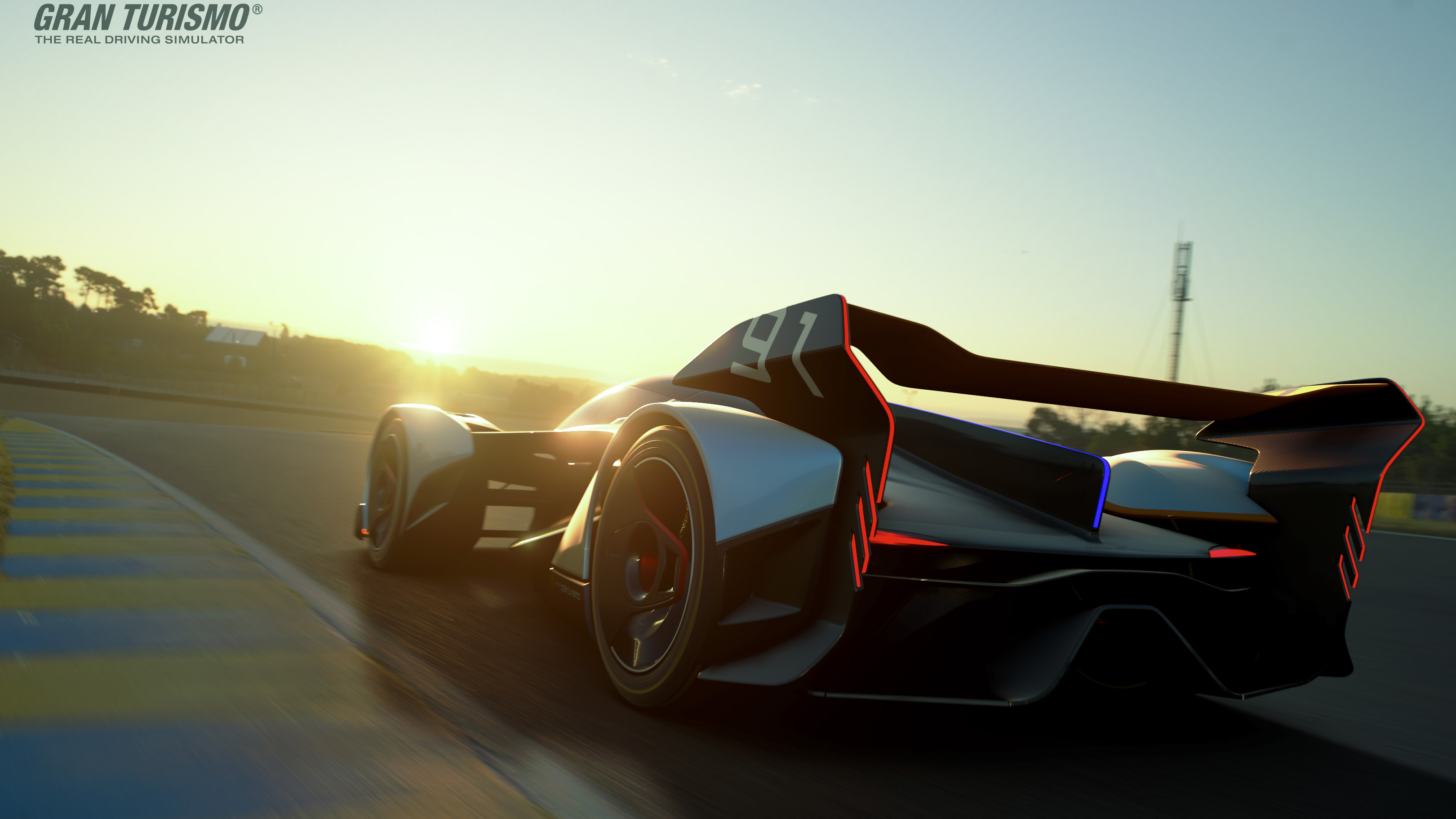 We’ve grown used to Vision Gran Turismo concept cars dreamt up for the PlayStation driving simulator. We've had them from the likes of Bugatti, Volkswagen and Mercedes among many others, but few have had a spec as eye-popping as this McLaren creation. Set to appear in Gran Turismo Sport for the PS4, this is the snappily christened McLaren Ultimate Vision Gran Turismo. But it could be much more than just McLaren spitballing a few ideas…

McLaren being McLaren, there’s a full set of specs provided for what is in reality nothing more than a collection of pixels, code and wild imagination. Power is generated by an angrier version of the 720S’s 4.0-litre biturbo V8, allied with front wheel-mounted ‘pod motors’.

Total system output lies north of 1,150bhp, and thanks to an extensive carbonfibre construction, the hybrid weighs in at exactly 1,000kg. Anyone care to calculate the bhp-per-tonne ratio?

Now, for a Vision Gran Turismo car to have such specific figures on its spec sheet raises a question. Are we actually looking at a slightly exaggerated version of the BP23 hypercar, the hybrid three-seater super-GT that McLaren will build just 106 of? Looking at the images of this newcomer next to the sketch of the BP23, there’s a lot of similarity in the slim, low-down taillights, the teardrop profile and the diffuser shape.

To throw us off the scent, the Gran Turismo car has plenty of madness on board. Your avatar’s driving position is futuristic enough to make even the McLaren F1 appear old-school. In the cockpit, the driver lies on their front, head almost in line with the front wheels, like Christopher Nolan’s Batman did during particularly gnarly chase sequences in the Tumbler. We’re sure that’s fine in a virtual first-corner pile-up. Definitely.

Another fantasy innovation that F1 likely won’t be allowing next season is ‘Integrated Active Aero’, which generates downforce by independently opening and closing tiny inlets on multiple surfaces to generate tailored downforce across the car during different corners.

But back to the BP23 conundrum. Using Bugatti as an example, it wouldn’t be the first time a hypercar has been half-revealed with a supposedly fantastical gamer version. The Bugatti Vision GT was showcased back in September 2015, a mere six months before the 261mph Chiron – which looked similar, minus the wing – was unveiled. Giving us the Vision car to (literally) play with now gives McLaren six months of breathing space before the next Geneva motor show…

Is McLaren’s Vision enough to have you reaching for your game controller? And does it have you salivating for the BP23 hypercar? Answers welcome below, as well as Fresh Internet Points to whoever spots the apparently not-deliberate typo in McLaren’s own images…