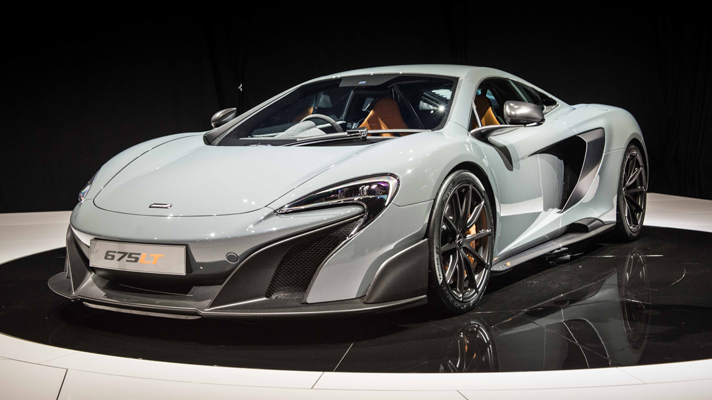 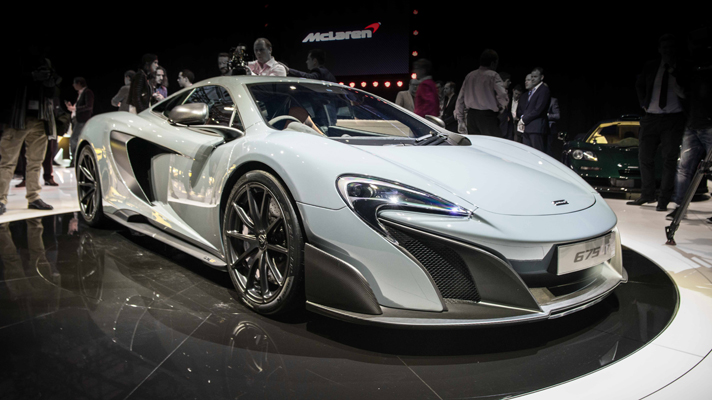 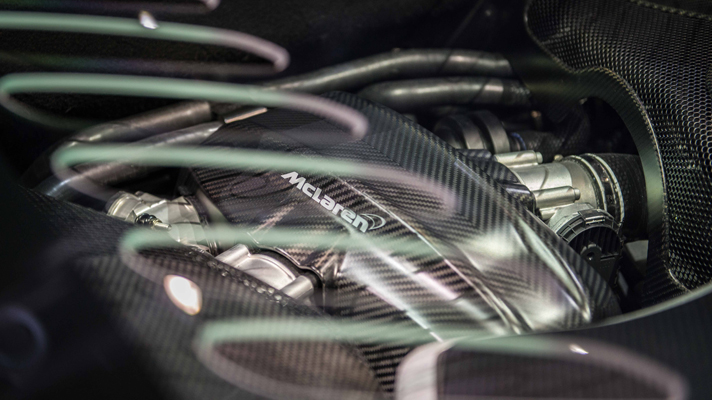 McLaren has unveiled the 675 LT to the world's gaze at the Geneva Motor Show. We knew it'd be quick. We now know how sensationally quick, in every way.

Before we get to that, some context. Think of the 675 LT - that's LT for ‘Longtail' - as a lighter, harder and more powerful version of the 650S. It's 'fully track-focused", but is road legal, and in this LT guise will be offered as a Coupe only. It has a multimedia system, and air-con, and carpets on (some of) the floor.

A fair proportion of 650S owners, McLaren people say, do drive their cars on tracks. They've been asking Woking for a car like this.

McLaren tells us that a third of this 675 LT's individual parts have been changed compared to the 650S. Headline figure is that mass is down a remarkable 100kg versus the already skinny 650S. It's now around 1300kg fuelled and at the kerbside. Body parts, suspension parts, driveline parts, they've all been examined and changed if a lighter, better solution was available.

The 3.8-litre twin-turbo V8 has had more than half of its parts changed to deliver more power, torque and ‘driveability'. Things like lightweight turbos with titanium aluminide (us neither) internals, changes to the cylinder head and exhaust manifolds, new cams, lighter connecting rods and a faster fuel pump. It's likely many of these engine revisions will find their way into the more mainstream McLarens in the next round of mods.

The engine feeds into an entirely new exhaust made of titanium. This isn't only very light and very loud, but it has the property of turning permanently blue on extreme heat. So you can check if you've driven your 675LT harder than your neighbour's by who has the bluest exhaust.

It's still channeled through a seven-speed dual clutch gearbox and sent to the rear wheels. But the gearbox in sports mode shifts at twice the speed that it does in the 650S. This happens because (a road-car first) it doesn't cut the fuel at all during quick shifts, so it doesn't have the delay of re-starting fuelling afterward. The spare fuel, snigger the engineers, makes all manner of entertaining commotion down the exhaust pipes.

Changes extend beyond the engine, too; it's lighter, with much aero trickery at work. The airbrake is twice the size it is on the 650S. There's a new front bumper, a carbon fibre front splitter, new front wing end plates (for additional downforce), new side sills and an air intake at the rear arch. It all means useful extra downforce. Carbon fibre is used for more of the body, the windscreen is thinner, and the rear screen is polycarbonate.

The whole body is 20mm wider too, covering wider wheel tracks for extra grip. That means they had to use new longer yet lighter wishbones and new suspension settings. The wheels are even lighter than the ones on a P1. And the Pirelli Super Trofeo tyres also offer more grip in corners and under brakes and acceleration.

"This is a car that is as exciting to look at as it is to drive," says McLaren. "It also embodies the key attributes of the ‘Longtail' ethos targeting light weight, optimised aerodynamics, increased power, track-focused dynamics and driver engagement." But the question everyone's asking, is the tail actually any longer? Er, no, not by more than a few millimetres.

McLaren's chief tester Chris Goodwin says you feel the car's extra liveliness as soon as you press the start button. The engine is angrier, it vibrates the seat more, it revs more eagerly. The steering feeds back the road better, he says, even at gentle speeds. You always feel the lightness compared with the sister McLarens. And at a full track gallop, he claims the whole car is more controllable.