…and goes for a Goodwood ride in the new 2017 version 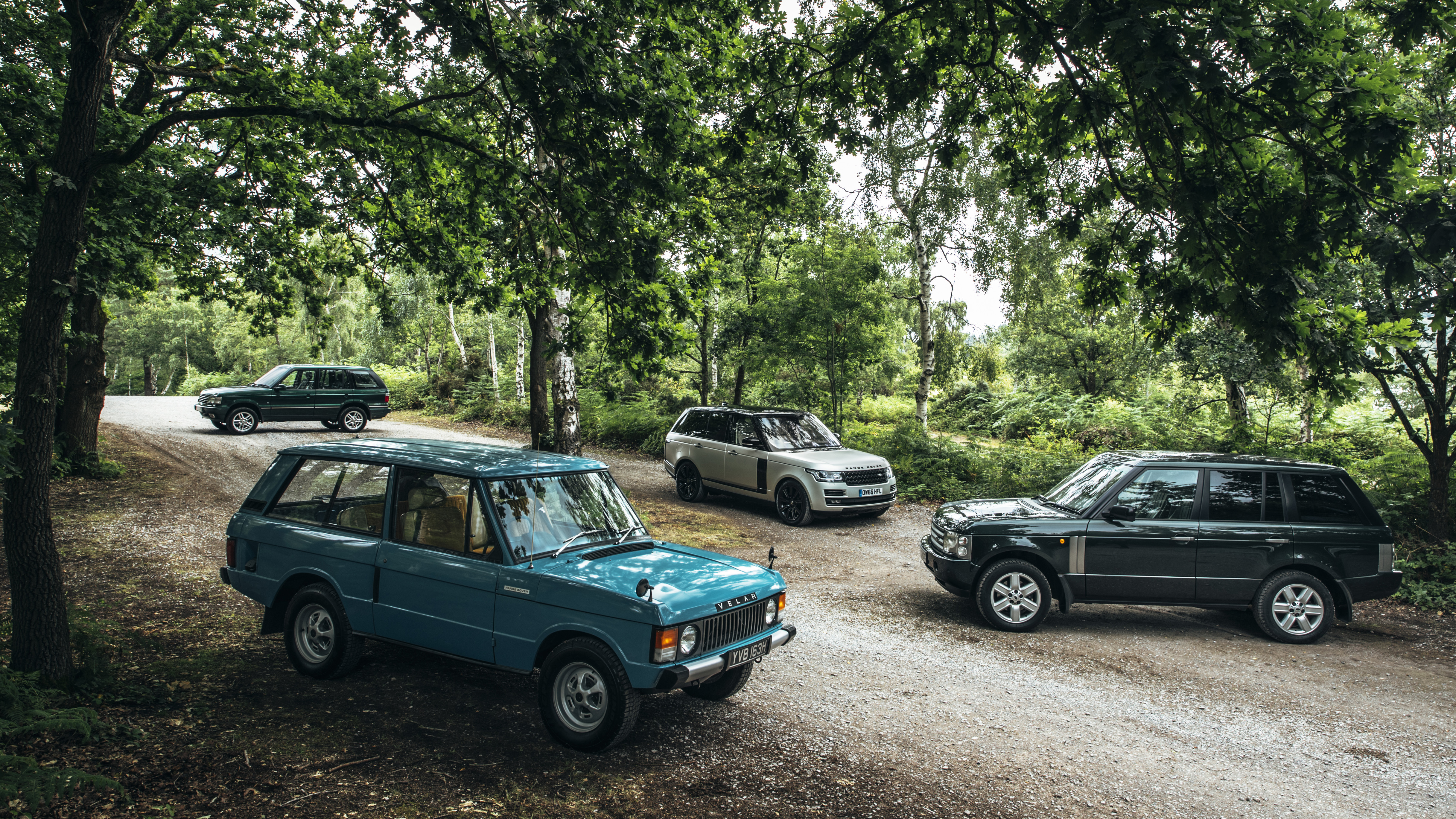 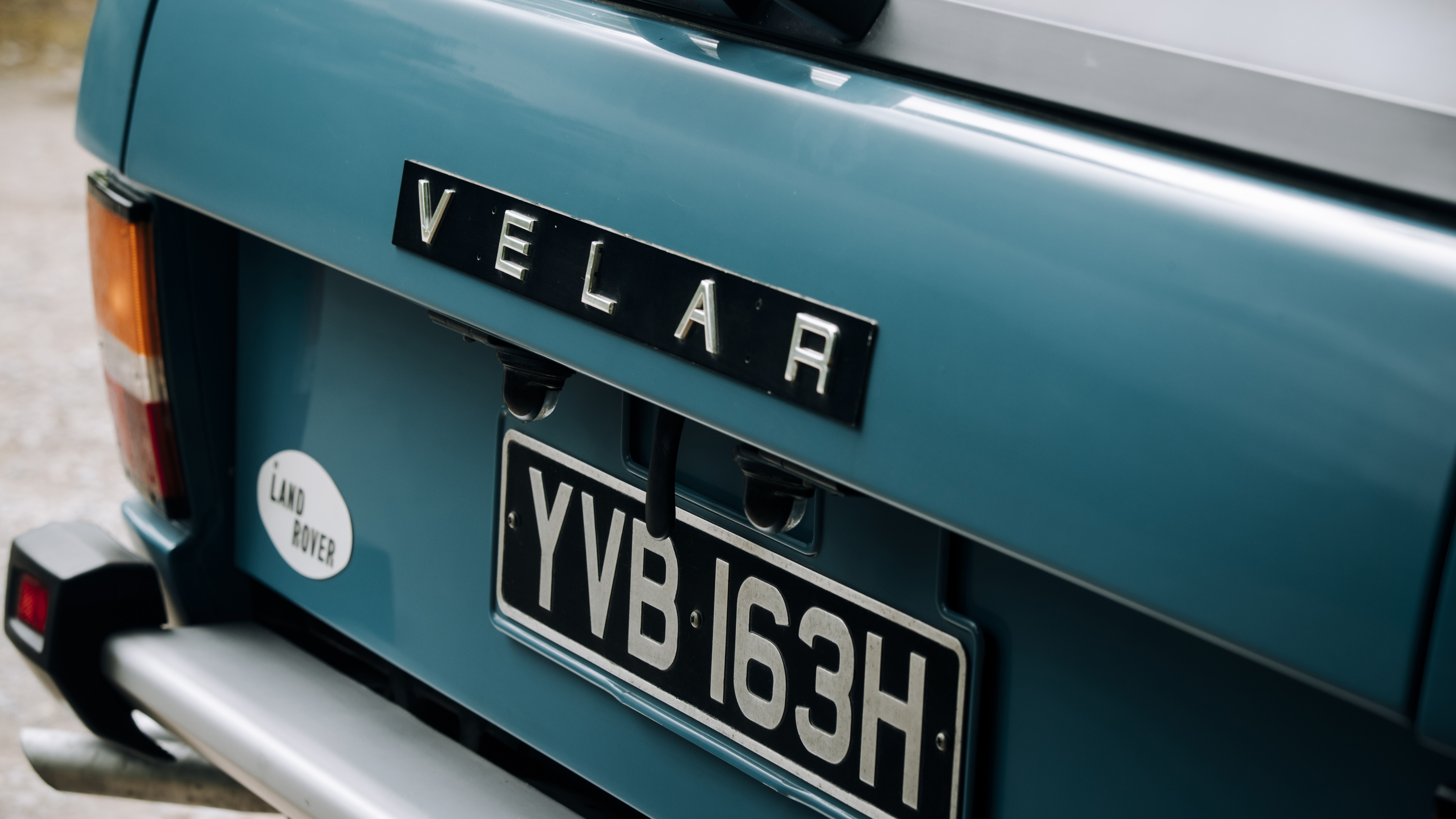 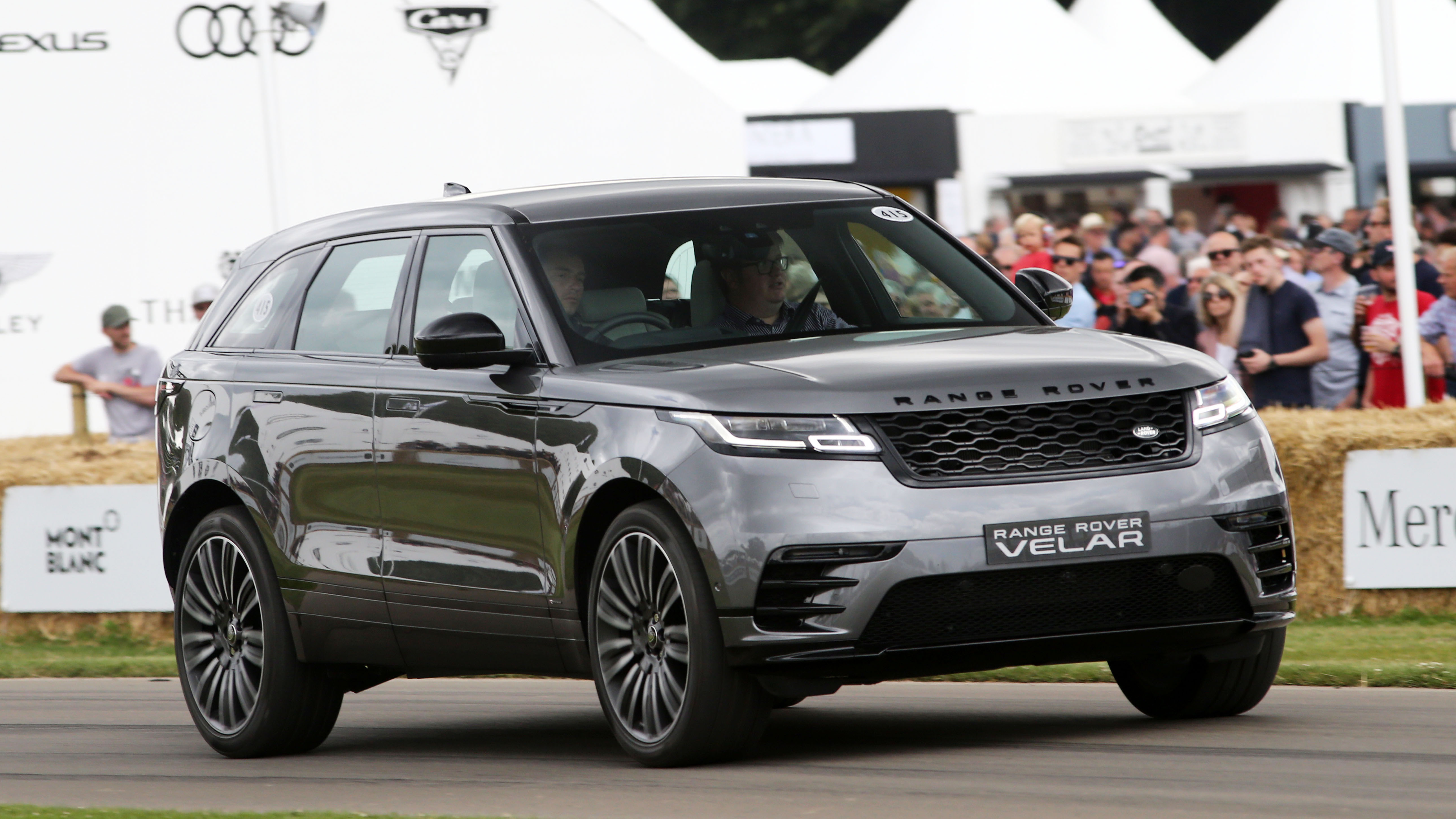 Confession time. A year, or even six months ago, I’d never heard of the original Range Rover ‘Velar’ story. So calling the new, road-focused, ultra-clean surface and style-saturated Range Rover 'Velar' has done its job, hasn’t it? Those who don’t care about heritage think it’s a pretty, pleasantly sophisticated new badge. Anyone who cares to do the research will dig out a nugget of Land Rover legacy, and unlock that warm glow you feel from becoming part of a brand’s story, and family. Like buying the football shirt, you’re sort of part of the team now.

So, Velar. That’s slightly misspelled Latin for ‘cover’, or ‘hide’. It was a high-brow in-joke dreamt up by Coventry in the late 1960s, when Land Rover was dreaming up a more luxuriously appointed, easy-to-drive off-roader that’d be just at home dropping significant others off at the vicar’s tea party as hiking home over a bleak, wintry moor. That car was to become the original three-door Range Rover, the machine that every modern luxury 4x4 owes a monumental debt of gratitude to.

The engineers honing this unique new vehicle needed to test their prototype in the wilds of the real world, but wearing any form of ‘Rover’ badge would give the game away. Happily, the letters that spell ‘Velar’ were already in the ‘LAND ROVER’ badging parts bin, and anyone who paid mind to this rugged handsome box as it trundled past their Morris or Austin would’ve presumed it was a new, unheard of brand, perhaps from the other side of that wall in Berlin.

Seven original Velar prototypes were built up to 1970. Deemed surplus to requirement in less nostalgic times after their shakedown duty was done, none survive today, which I’m sure Land Rover is mildly devastated about. Happily, of the 28 pre-production cars then built to iron out the final creases in a recipe that would go on to become one of the car world’s all-time genius moves, several managed to dodge interfaces with static objects, rust and abuse, and this 1970-spec blue example is a charming example. So, before a ride up the Goodwood Festival of Speed hillclimb in 2017’s Velar, I took its ancestor out on the roads of Hampshire for a drive. Or, as it turned out, an education.

Don’t we all crave a slower pace of life anyway? No smartphone interface or ventilated massage seats makes pootling around Hampshire’s lanes an invigorating, relaxing experience

I’ve driven cars from the late Sixties and early Seventies before – Alfas, Jags and Mercedes-Benzes - but never an ‘SUV’, so expectations set nice and low for the driving experience, I pop the light door catch and clamber up onto a worn, slightly torn seat that’s more comfortable than any of the furniture in my house. It’s also a lot tidier in here. There are two clear clockfaces, one for speed and one for temperatures, but no rev counter, and between them a totaliser of warning lights to warn of internal combustion suddenly going a bit external. Obviously, it’s so far removed from a modern Rangie there’s no point in peering around for retro links. There’s a gearchange to master first.

Yes, it’s an actual manual. How incongruous. It’s a four-speed that likes being rushed about as much as the boatlike steering likes being hustled, so it’s a slow-and-steady-to-win-the-race approach that works best here. Treat it regally, like you’re handling the Queen’s bone china. Place the lever between gates. Politely suggest to the clutch it might like to dip into the footwell. Feed the steering like the fingertippy, thin wheel is made of glass. Gently does it.

Don’t we all crave a slower pace of life anyway? No smartphone interface or ventilated massage seats to muck about with makes pootling around Hampshire’s lanes in a car that’s twice as old as me an invigorating, relaxing experience. What a great idea the grown-up 4x4 was, even if no-one at the time could’ve possibly imaged how it’d snowball.

A day later, I’m at the start-line of the Goodwood Festival of Speed hillclimb, sitting on the other side of a different car. Time for a rapid passenger ride in the new, 2017-vintage Velar, driven by Jaguar Land rover’s vehicle integrity manager Andy Mould. He’s signed off the rakish and beautifully clean-looking Velar, which we’ll drive in a couple of weeks. Right now, he’s got a 375bhp supercharged V6 version at his disposal to demonstrate to the enormous crowds on Lord March’s front lawn. He gets extra points if the journalist riding shotgun is extravagantly ill by the time he dodges past Flint Wall.

The original is Stephenson’s Rocket, this is a SpaceX booster. It’s wooden clogs versus Nike Airs. You get the point

If you’re hoping against hope I’m going to draw some pathetically tenuous link between the two Velars inside, forget it. The original is Stephenson’s Rocket, this is a SpaceX booster. It’s wooden clogs versus Nike Airs. You get the point. Okay, they’re both minimalist inside, but that’s because in 1969 there wasn’t much thought given to adaptive suspension with automatic terrain response or massaging heating seats. The idea of a glass panel that could be tapped upon to change how a car performed would’ve been in the same sci-fi category as pill-based diets and package holidays on the Moon.

Mr or Mrs late nineteen-sixties wouldn’t have believed how quickly it gets up Lord March’s driveway either. Andy talks about how the aluminium platform is now on its fourth outing for JLR and every time they adapt it, they're learning more, and wringing better results from it. He doesn't namecheck the F-Pace, but as we barrel through Molecomb it's fairly clear this is one of the more sorted, hustle-able vehicles to ever wear a Range Rover badge, and Jaguar is not about to have the anti-Macan Brit territory to itself. The V6 sounds less reedy and strained than it does saddled with the extra weight of the Range Rover Sport – the Velar is apparently usefully under two tonnes – so it sprints pretty athletically for a standard SUV and corners flat, picking up an inside wheel in the tighter bends. All bodes well for the SVR version that JLR absolutely definitely won’t confirm is maybe happening…

Thing is, the Velar, if I might be so brazen about Andy and his team’s efforts, isn’t a 'handling car'. It needs to be easy to drive, refined and relaxed and untaxing, and all evidence points to those boxes being double-ticked, but it’s the looks and the cabin that’ll sell this thing by the thousand. The cabin is genuinely a delight. The displays are pin-sharp and quickly become intuitive, though how user-friendly they’ll be once smeared with fingerprints and battling low light or operation on a shonky British road remains to be seen. Very cool environment though. Several German rivals will be fidgeting with jealousy. We reach the top of the hill smartly and I spot at least one similarity between this Velar and the daddy – lots of pointing, nodding with approval, and general positivity about its presence.

Could it be that Land Rover has built an SUV that the outside world will actually smile at; a properly socially acceptable modern Rangie? That’d do the old name proud.