Here's what the PSA-FCA merger means 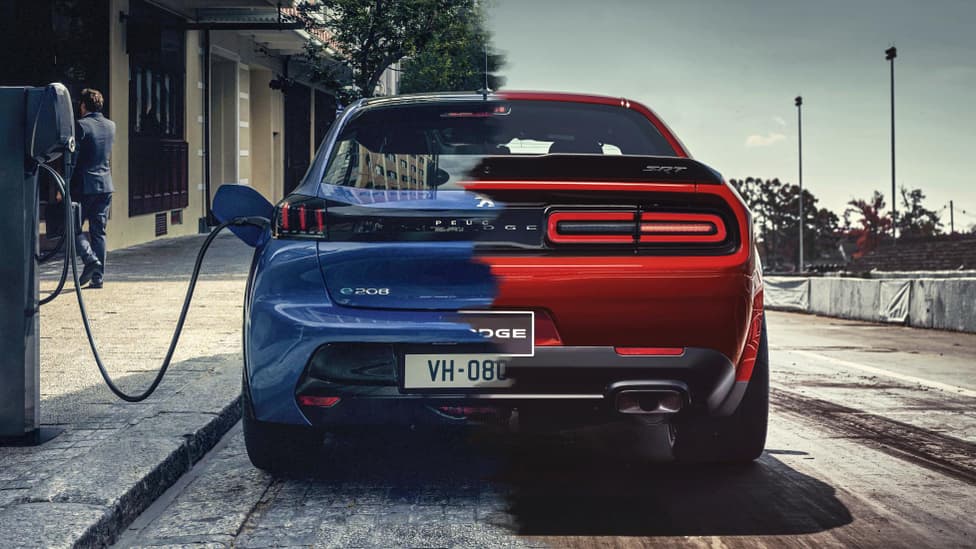 At first sight there's a lot of sense to the planned merger between the Peugeot (PSA) Group and the Fiat-Chrysler Automobiles (FCA) Group. The former is rather too European, and the latter lopsidedly American.

Combined they would be the third or fourth biggest-selling group on the planet. They've got – in alphabetical order – Abarth, Alfa Romeo, Citroen, Chrysler, Dodge, DS, Fiat, Jeep, Lancia, Maserati, Opel, Ram and Vauxhall.

Fiat has stumbled in Europe in recent years. It figured that it wasn't possible to make worthwhile profit through mass-made small and medium cars in this fiercely competitive market. Fiat was once a powerhouse; now it's really just the Panda, 500 and 500X.

Peugeot-Citroen, on the other hand, has shown itself capable of doing exactly what Fiat thought impossible. The Citroen and Peugeot ranges are profitable and widely admired. PSA also recently achieved another near-miracle. It turned around Vauxhall-Opel, an entity that lost money for decades when it was owned by GM. (Hands up, I too predicted failure for that.)

Yet PSA has gaps. The biggest is its absence from America. And it doesn't have a big premium brand – DS is a start, but a faltering one.

Meanwhile, FCA has a vastly profitable and growing 4x4 nameplate, in Jeep. It also has Ram trucks, a licence to print money in the US. And it has Alfa and Maserati, true premium assets, if not yet firing on all cylinders.

Last year PSA sold 3.4 million vehicles in what they call EMEA (Europe, Middle-East, Africa), while FCA sold less than half that in the same area. Yet PSA did a big fat zero in North America, where FCA shifted 2.5 million. PSA is smaller than FCA in Latin America. In Asia they're about level-pegging – both a bit vulnerably small.

So what you have in this merger is what the financial breadheads call 'a good fit'. Two entities with complimentary areas of success.

There is of course more to it than that. Otherwise Manchester United could merge with the New York Yankees, because they have different areas of expertise, right?

The big extra impulsion for merger is the same as in any car-biz co-operation. Which is to spread investment cost across more cars. This is urgent. Electric cars are coming and some degree of autonomous driving is coming. Both are stupendously expensive to engineer. That's why both FCA and PSA actually held back in those fields; back around 2015 they weren't sure electric cars would ever make money.

Now though they realise they need to do them, because drivers want to buy them, and Governments through fuel-economy and CO2 rules are effectively insisting on them. PSA has a small electric platform, but neither company has a larger one, only plug-in hybrids.

An electric platform is expensive to engineer, but what if it could support Chryslers, Peugeots, Jeeps, Alfas and all? Then it starts to make more sense. They can also save big by combining the engineering for more conventional platforms and powertrains. The new group expects to use the PSA expertise to develop small and medium cars, and do the big ones and trucks in the US.

It'll be the coming-together of two of the towering dynasties of carmaking in Europe, the Agnellis and the Peugeots

Huge savings also come from purchasing. That's buying things in double the bulk – from tyres, steel, electronics and components to logistics or IT services.

How much saving? In a statement on the merger, the two said it'd be "approximately €3.7 billion in annual run-rate synergies… from large-scale investments in vehicle platforms, powertrain and technology and from the enhanced purchasing capability inherent in the combined group’s new scale". That's worth having. To give you a scale, it's about a third of the two parties' combined annual profit of €11 billion (£9.5bn).

Critically, the statement says it can be done without closing factories. Hmmm. Closures and lay-offs of people are traditionally one reason for doing a merger. But on the other hand, the PSA turnaround of Vauxhall happened without large scale job losses or a closure. That's in the same year as Ford of Europe shut several plants and made 10,000 people jobless.

It is far too early to get confirmation about what cars we'll see from all this. But you don't have to be a wizard to read the runes. A bigger Peugeot SUV with Jeep underpinnings? Likely. Some smaller Chryslers on PSA platforms? Possibly. Next-generation small Fiats sharing their hidden stuff with the 208 and Corsa? Surely so – they'd be in demand in Southern Europe. The possibility too of a modern replacement for the Alfa Giulietta now that all premium-brand rivals are FWD.

If you're reading this in America, you might be able to buy a Peugeot within a few years. The company has been eyeing a return to that country for a while, but knew it would be super-hard. From now on it's easier because it could use FCA's dealers.

That said, those dealers might be suspicious, because the European cars they've been trying to sell recently didn't go as well as hoped. Both the Alfas and Fiats have slid, Fiat catastrophically so. The Alfa Stelvio sold fewer than 7,000 in the US in the first three quarters of this year; its rival the BMW X3 did more than 50k.

FCA has been straining for a merger for a long time – you could call this a legacy for ex-boss the late Sergio Marchionne. It wanted to go to bed with GM, but GM's boss Mary Barra sent it packing. Earlier this year it tried to tie up a deal with Renault and Nissan, but the French Government kyboshed that. Back in 2009, it even considered buying Vauxhall-Opel, but in the end GM's Detroit HQ decided not to sell.

This latest merger was probably under consideration, I'm told by a source, before FCA started sniffing around Renault, and then when FCA was jilted by Renault in June, it came back to talk to PSA. And don't forget, earlier this year PSA was itself said to be buying Jaguar Land Rover flowers and taking it out for drinks, but then they abruptly stopped dating.

What we learn from all this is that there is huge pressure in the car business to merge, because of the savings in development costs and purchasing. But deals are complicated and can founder if the culture isn't right. They have also gone wrong even after several years. Mercedes and Chrysler were a unit for a few years, then they weren't; Ford owned Jaguar and Land Rover and Volvo and Aston before disposing of them at knockdown prices.

In other words it's hard to do a merger or acquisition and harder still to make it stick. But Carlos Tavares, boss of PSA, seems to be showing a talent for it. And interesting it's he who's being made CEO of the new venture rather than FCA's Mike Manley. John Elkann, heir to the Agnelli empire and the existing chair of FCA, will be chair of the proposed new company.

There's still a vast bunch of paperwork to complete before this merger is signed off. It'll be the coming-together of two of the towering dynasties of carmaking in Europe, the Agnellis and the Peugeots, families as powerful as the Porsches and BMW's Quandts.

We don't even know what the new enterprise will be called. Put your alphabetti-spaghetti suggestions in the comments below.