Here's how PSA will turn Vauxhall around by 2020

More new cars - and faster - plus electrification. Vauxhall and PSA plans for the future 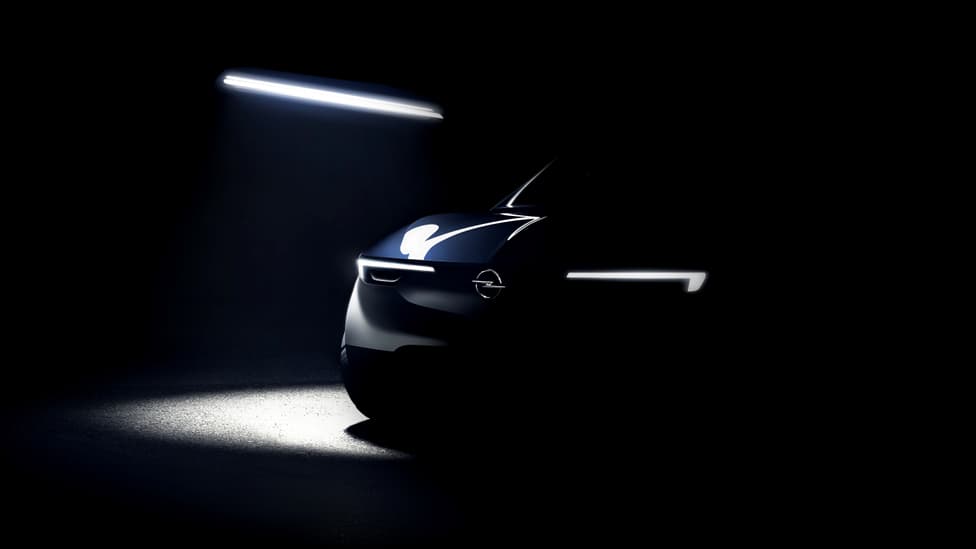 First, the cars. A new Corsa was all but designed when PSA took over Vauxhall-Opel, and was going to sit on a GM platform. In a matter of days, work started on morphing it onto PSA's small platform, and that job is now all but done. As a result there'll be a new Corsa as soon as 2019, the firm said today.

Also in 2019, there will be a new Vauxhall seven-seat crossover based on the Peugeot 5008 but built at an Opel plant in Eisenach, Germany. Again that's a quick swerve; Vauxhall was going to use GM crossover platforms.

Opel released a teaser image of that crossover today (above) – it looks like some of the design language of the lovely GT Concept coupe will live on.

The plan sees a rapid shift from GM's platforms. Opel now has to pay expensive licence fees to Detroit, even though they were developed at Opel. So it's pulling forward many new models. For instance, the current Insignia's life will be cut short to just four years and replaced, likely about 2021, by a car derived from PSA platforms and engines.

We know how Vauxhalls on PSA platforms can be quite different from the French-badged originals. Two were launched this year – the Crossland X and Grandland X, as a result of an earlier friends-with-benefits arrangement that long preceded this year's full marriage.

Vauxhall-Opel's astonishingly promiscuous use of platforms has got it into a messy position right now. Its cars run on nine different ones in all, some German designed, some French-designed, some Korean-designed, some global. The plan is to get that down to two, the small and large modular PSA ones, by 2024.

That will bring huge savings in purchasing and development costs. It'll also cut those licensing fees to GM. Vauxhall and Opel have also rushed to shift their IT to PSA systems rather than carry on paying Detroit for software.

Of course the separation of Opel from the global GM will bring other changes for GM. Currently the Mokka sells successfully in the US as a Buick, and the Insignia has just become the Holden Commodore in Australia, where GM has shut its local plant.

It's likely the Insignia replacement will go to China as an Opel, and perhaps to Australia as a Vauxhall (Vauxhalls were built there until 1967 and sold for a few years after).

The announcement makes a fuss of electrification, but in all honesty it's still a bit sluggish. The PSA EMP2 large platform is capable of being made as plug-in hybrid and as full-electric, and so the Grandland X (which uses EMP2) will get a plug-in-hybrid version. More intriguingly, the Corsa, it's announced, will also get a full-electric version by 2020, which shows when small Peugeot, Citroen and DS models could also be capable of selling as EVs. All car lines will have plug-in-hybrid or full-electric versions by 2024, the announcement says.

Meanwhile, most (not all) of Vauxhall's workers at the Ellesmere Port plant near Liverpool look safe. It was recently announced the plant would lose 400 jobs, as voluntary redundancies, to drop to single-shift production. The Astra, built there, is having a hard time competing against crossovers, and PSA says it won't invest in the plant until it knows how post-Brexit tariffs will shake out.

But at least the new plan sees Ellesmere evade a complete shutdown, and we hear it may get work building RHD Peugeots or Citroens.

So why are they doing all this? Because Vauxhall and Opel have been losing immense amounts of money. Last year it was 'only' a million pounds per working day – the year before had been much more. The expectation had been to break even last year actually, but currency shifts after Brexit kyboshed that. So GM in Detroit figured that if it couldn't break even in a good year then it had to go.

PSA's CEO Carlos Tavares was the buyer. He reckons that by integrating Vauxhall-Opel's operations in Europe into his own – which's he's turned around over the past couple of years – there is the chance to make money. The plans says Vauxhall-Opel will return a two per cent margin by 2020, and six per cent by 2026, which is a decent average for the industry. But then, we can all make cheerful claims about where we'll be in eight years' time.

The boss of Opel-Vauxhall, Michael Lohschller, said: "This plan is paramount for the company, to protect our employees against headwinds and turn Opel-Vauxhall into a sustainable, profitable, electrified, and global company. Our future will be secured and we will contribute with German excellence to PSA Group development."

Which is all very well, but there was little detail on the global bit, and I'm sure he can't really predict headwinds for the next eight years. The electrified part still lags behind others too, but of course Group boss Carlos Tavares is suspicious of electrification so that's no surprise. And he might turn out to be right.

Will it work? If not, what happens? Comments below.