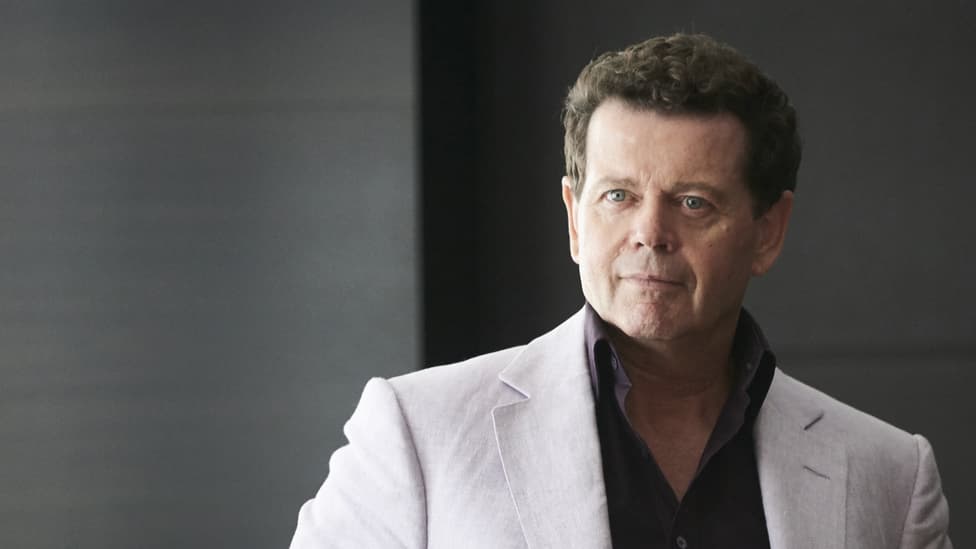 At this week’s launch of the new Land Rover Discovery, we grabbed five minutes with Land Rover’s design boss Gerry McGovern – the man behind the ‘new’ Land Rover design language first applied to the Evoque, then every Land Rover since.

Top Gear: Discovery, Range Rover and Defender are all iconic names. How hard is it to design something new that’ll wear one of those nameplates?

Gerry McGovern: "We have a simple strategy. Land Rover is the master brand, then three specific families – Range Rover, then Discovery and Defender. The Defenders haven’t come yet, so most of the focus has been on Range Rover, and now we’re starting to see the Discoverys. We’ve deliberately brought Discovery and Range Rover a bit closer together to make room for the Defenders when they come.

"With all of them it’s about recognising their roots, but designing vehicles that are modern and well proportioned. They need to have a family resemblance. You need to look at a car and say that’s a Range Rover or that’s a Discovery. You need to be able to see certain cues in them that pull them together. When you look at them closely, they have their own identity, their own unique characters. If you look at Discovery Sport, there’s elements of that that connect to this. The stepped-down waist, the visible C-Pillar, there are certain visual cues. But then it’s also all about the way, if it’s a Discovery, you design in the versatility, if it’s a Range Rover how you design in the luxury and when Defenders come, how you make it incredibly durable in its design."

TG: There’s been mumblings on the internet of a more ruggedized version of the Disco from SVO. What’s the deal with that?

GM: "One of the reasons we’ve set SVO up is we’ve seen tuners taking 99 per cent of our intellectual and creative property and changing a few things – generally not very well – eroding the guarantees and then charging a premium for it. We are going to design what people want. Now if somebody wants to come along and have something bespoke we can do that. We can do limited editions. What SVO is about is taking a particular car to a particular price point – there’s no limit. There’s the design, the power output, all sorts of things we offer through SVO. And you’re right that with [the Disco] and Defender, it does lend itself to an incredibly rugged, capable vehicle. But as I said, [the standard Disco] is incredibly capable as well. But if people want it to look more overtly rugged, why not?"

TG: So if I wanted a snorkel and big wheels, you’d do that?

GM: "We’ve designed a whole array of accessories for [the Disco]. You’ll see this as the launch rolls out. We design them at the very beginning so they’re integrated rather than looking like they’ve been thrown on."

TG: The new Disco looks an awful lot like the Vision Concept. Did you design the two in tandem?

GM: "When we designed the Vision Concept, we said this is a vision for what we want a new generation of Discoverys to be. We want the Discovery to be sexier, why can’t a family vehicle be sexy? Why can’t it be highly desirable? There’s a vision, let’s replicate that. It doesn’t have the centre-opening doors, but there’s a lot of other things it does have in terms of look. I think this is actually better, because it’s productionised. It’s got more weight, it’s more substantial."

TG: Did you have to make any compromises in the design of the new Disco to deliver the practicality?

GM: "Not too many. We tend to do concept cars that are feasible. When we did the Evoque, the LRX, they’re very close. For me, if you’re going to do a concept car – do something you can turn into a production reality. Why create a desire, then not deliver it?"